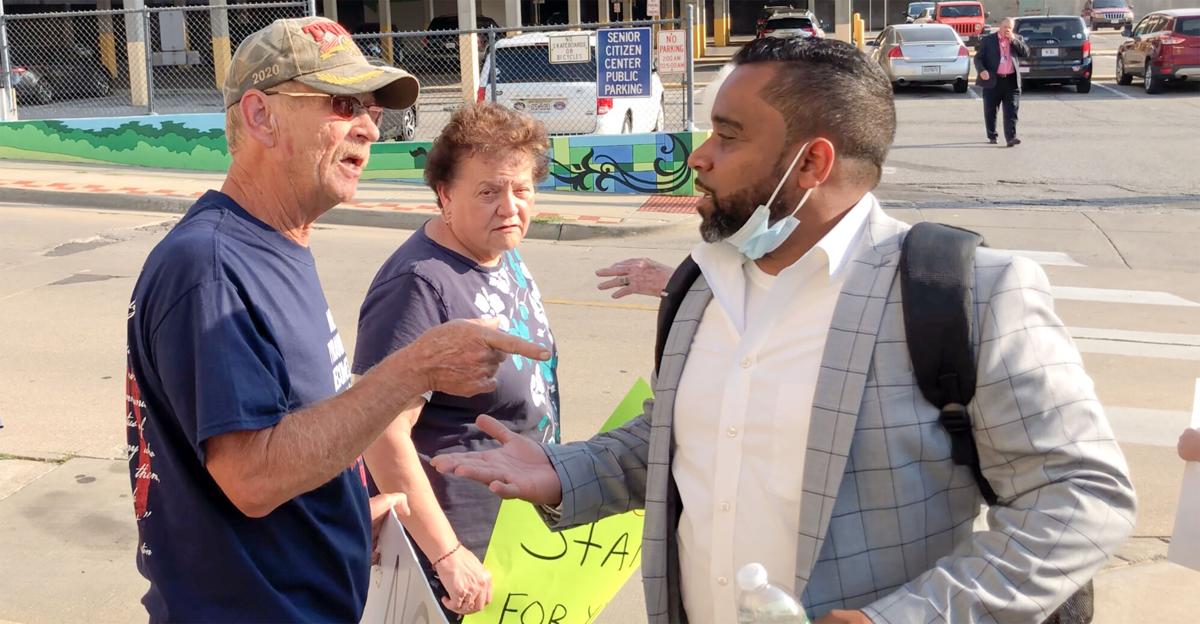 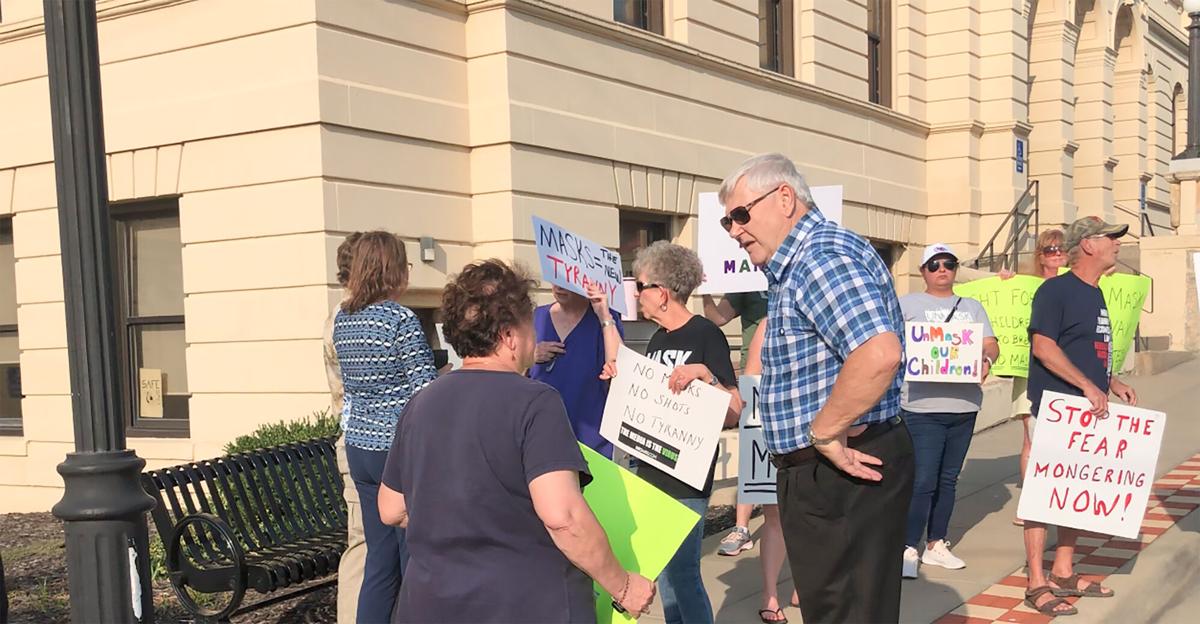 The St. Joseph Board of Education has voted to sustain its current mask mandate until the event that Buchanan County test positivity rates fall below 5% for a two-week period.

Per a 6-1 vote, Kenneth Reeder dissenting, a “mask-optional” rule would then ensue. Until that happens, all persons will still be required to wear a face covering in most indoor situations on all district property. Exceptions apply for temporary removal to, for example, enable oneself to be better heard while speaking and during meal times.

Board President Tami Pasley explained that if less than 5% positivity is realized, which she suspects could happen by the end of October, “masks optional” will become the rule automatically. However, an “ad hoc” committee, and perhaps a special meeting of the full board, would be needed to decide what to do next.

“We still have to be mindful of the fact that we are a (COVID-19) hot spot,” Pasley said. “According to the State of Missouri, and according to the county medical associations around the state, much of the area is still a hot spot. We can’t just arbitrarily say one day, ‘No masks,’ and then the next day it goes up, and then we’re ping ponging back and forth.”

According to data compiled by the U.S. Department of Health and Human Services, as of Monday, the 14-day average test positivity for the county was about 10%. The school board reviewed data showing that the latest daily figure is 7.51% test positivity. The 14-day trend is updated weekly.

Before the meeting, about 20 people showed up outside the Downtown district office to demand a complete repeal of the mask mandate. A little more than a dozen then went inside to observe the meeting and display signs such as “No Mask Mandates.” However, no public comment session was part of the board agenda. Nobody made the attempt to speak after Pasley advised interruptions could prompt removal. A St. Joseph Police Department officer attended to assist with meeting security.

The motion approved 6-1, verbatim, was “to continue the mask mandate until the county positivity rate falls below 5% for two weeks straight.”

“Just to clarify for everybody, masks are still in place until there’s two weeks straight of below 5% test positivity,” Superintendent Doug Van Zyl said.

Reeder said he voted “no” because he believes that most parents don’t want a mask mandate, and whether their child should wear one is a matter of “parental choice.”

A new community survey — of the kind the board conducted last month — should take place to confirm this, Reeder said. Results in August showed just over half of voting constituents wanted a mask mandate at that time. However, district leaders acknowledged at the time that there was no hard-and-fast mechanism to stop double voting; instead, certain data sets were filtered afterward.

However, on Monday, Reeder did not win immediate support for an effort to organize a new survey. He said he will continue to work on this, as he wants more public input before the board takes further action, rather than just relying on COVID-19 test data.

“I think it’s almost like playing the lottery at this point,” he said. “I don’t know what to expect on it. We need to monitor it closely.”

‘Ping-ponging back and forth.’ Sounds like it should be a person’s choice. Mandate that everyone has to make up their own minds about wearing them or not, you know, like...freedom.

Darn good thing people didn't feel that way about Polio & Smallpox...masks and vaccines work. It's about a public health emergency and Americans living and dying.

That’s a false equivalence claiming they are the same. Did the flu shot eliminate the flu?

It is an emergency, and it’s obvious the vax is incredibly helpful, but it will not eliminate the virus by itself. We must have a compound strategy including overall health improvement, pre and post treatments, and more affordable/available testing.

Sounds like a perfect plan presented by Tami Pasley. A common sense plan to follow this data and 5% for 2 weeks sounds very reasonable. Ken Reeder can go jump in the lake with his wishy washy thinking.