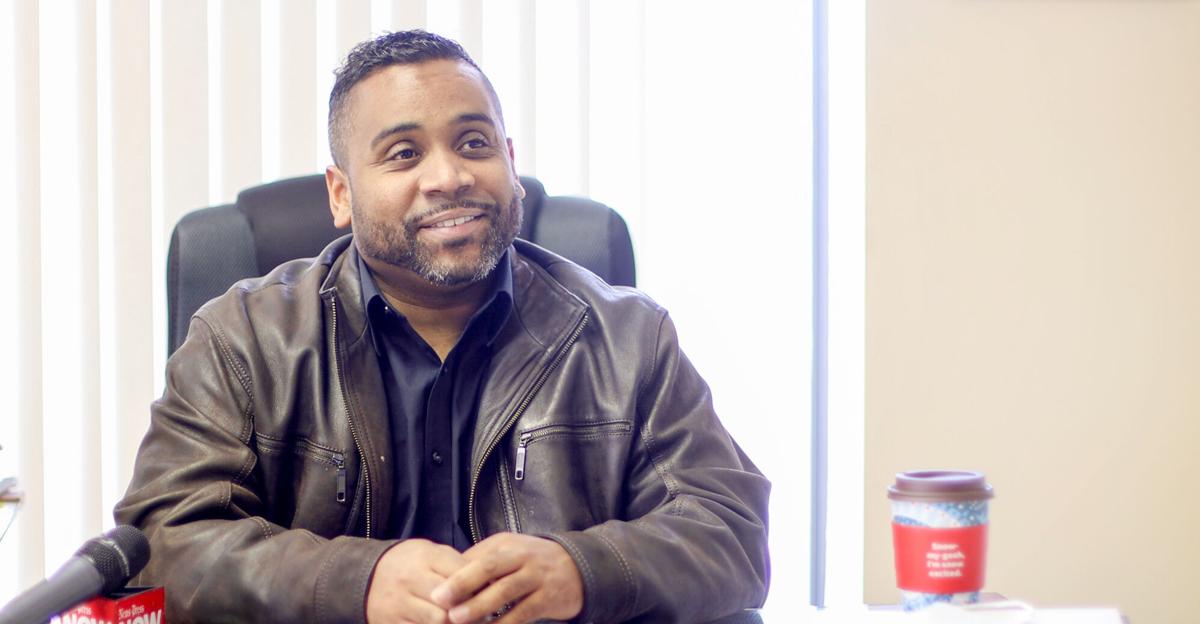 David Foster, a member of the St. Joseph Board of Education, speaks on his desire to heal deep political divides that have arisen around schools and in society in general in recent years. 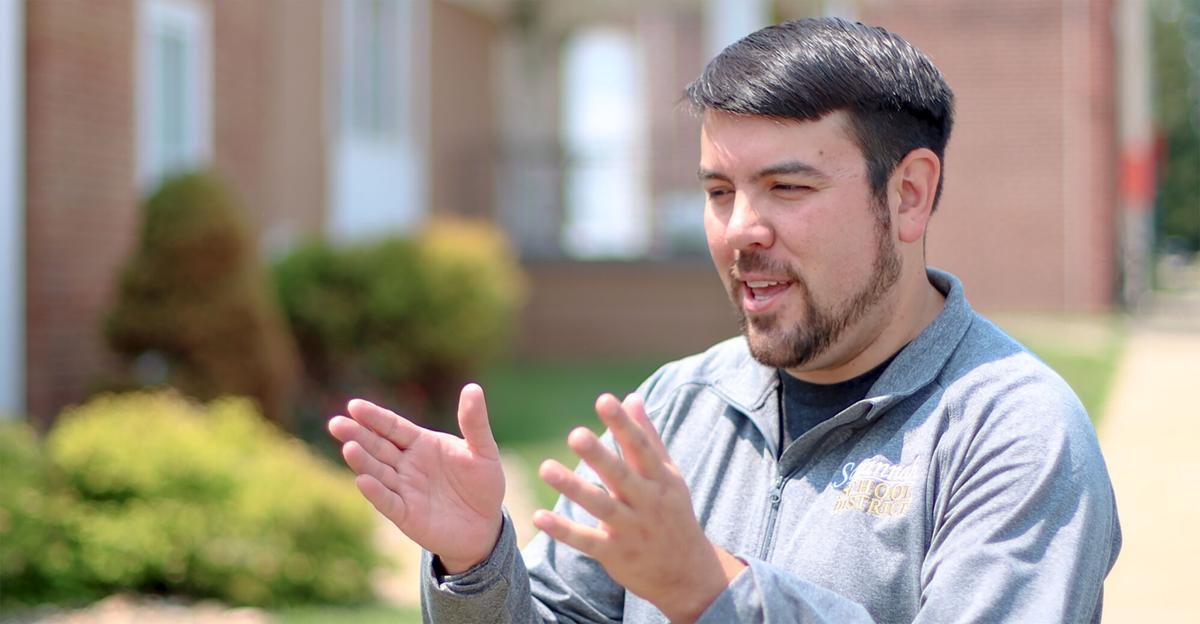 Joe Barbosa, president of the Savannah R-III Board of Education, speaks in April outside the district offices. 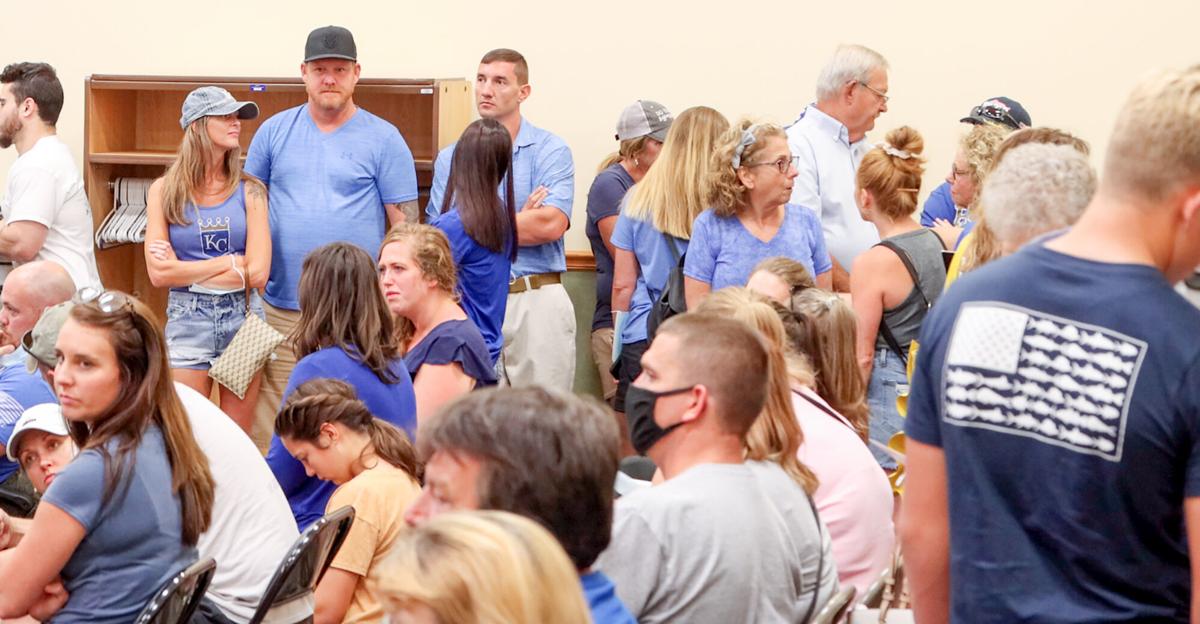 Dozens of people, most protesting a St. Joseph School District mask mandate, gather in August at the Troester Media Center for a Board of Education meeting.

David Foster, a member of the St. Joseph Board of Education, speaks on his desire to heal deep political divides that have arisen around schools and in society in general in recent years.

Joe Barbosa, president of the Savannah R-III Board of Education, speaks in April outside the district offices.

Dozens of people, most protesting a St. Joseph School District mask mandate, gather in August at the Troester Media Center for a Board of Education meeting.

Local education leaders offered their views Monday on how the ability to agree to disagree in all walks of life seems to be disappearing and how they intend to go about addressing that.

David Foster observed how the capacity for dialogue and mutual understanding seems to be as low as it’s ever been across the nation. The St. Joseph Board of Education member has seen this in various forms for the last three years or so, and his tenure in office since April has placed him directly in a climate of frayed nerves that seems to permeate every aspect of public policy.

“Everyone who disagrees with you is not your enemy,” Foster said. “There are many projects in life that require us to embrace different viewpoints if we intend to be successful.”

On the local level, at any rate, the board has seen a party of protesters attend and demonstrate their views in ways that would’ve been unheard of in years past, starting with a crowd of hundreds at its August meeting.

The messages are hardly subdued: One regular theme has been the assertion that those who support a mask mandate for schoolchildren will soon face “Nuremberg” style trials for “crimes against humanity.” On social media, when the district or any other entity like it proposes a new rule or policy change, dozens comment in ways that seemingly reflect a total lack of faith in what will be in store.

Amid such challenges, Foster has worked at communicating directly with the public, inside and outside the realm of education, and he vowed to continue to do so. The first step lies in giving the people reasons to believe that they will be listened to, and Foster observed how that can’t happen if you don’t actually listen.

He held an event on Saturday, the Big League Breakfast, in which Mayor Bill McMurray and Chief Chris Connally of the St. Joseph Police Department spoke on leadership and promoting a better public dialogue.

“It’s not just a St. Joseph issue,” Foster said. “It’s our society, it’s what we deal with as a whole. I think you have to keep in mind there’s many people that we’re going to admire, but we’re also going to disagree with on a handful of critical issues. I believe our relations become more valuable when we are able to disagree and still maintain a level of respect.”

Joe Barbosa, president of the Savannah R-III Board of Education, offers his own perspective. Andrew County has been no stranger to scenes of debate and controversy, most prominently in relation to efforts to change the Savannah Savages mascot.

From the perspective of a social studies educator, Barbosa offered one final truism about controversy: America has been through eras of strife before, but they are followed by genuine public engagement and high-turnout elections. That, in turn, restored trust.

“There is still a drive, deep down, that says ‘We believe in a process where the people are sovereign.’ We believe in the rule of law,” Barbosa said. “It’s hard to see sometimes, but I really do believe that’s what Americans want.”