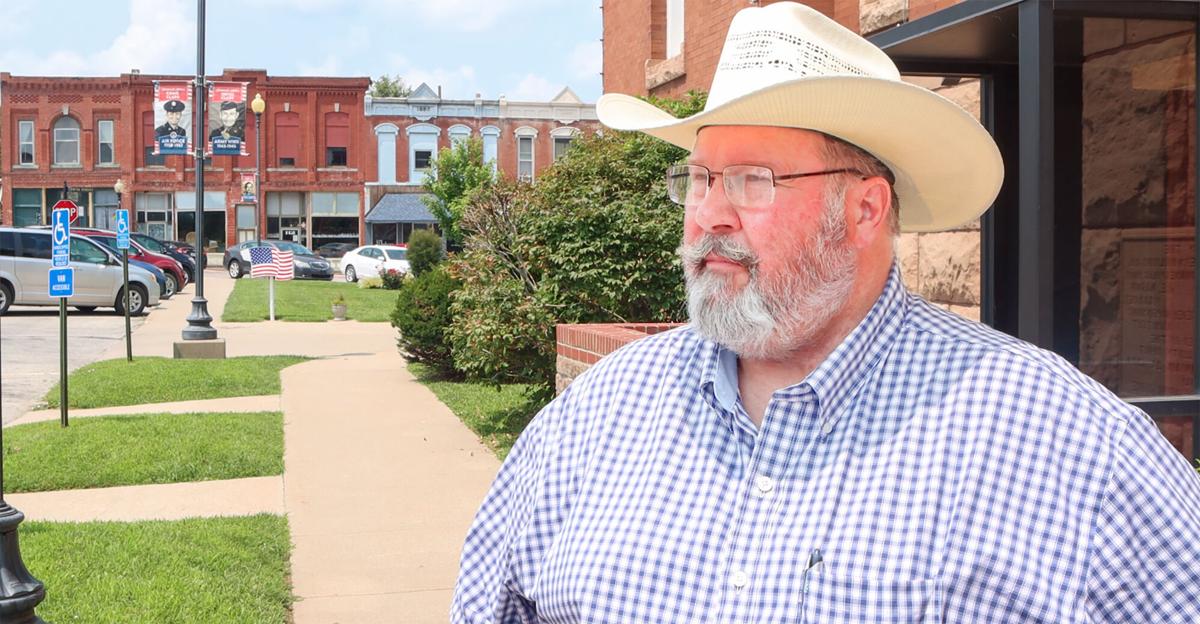 Republican Dean VanSchoiack (R-Savannah) speaks on Tuesday outside the Andrew County Courthouse on the matter of critical race theory and education. 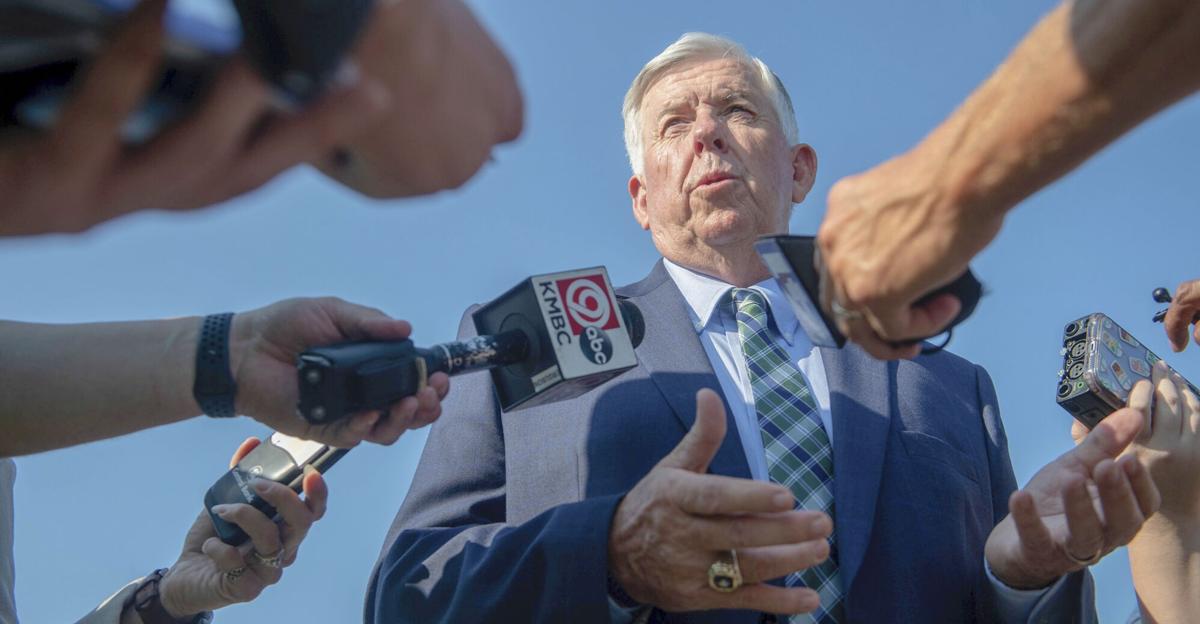 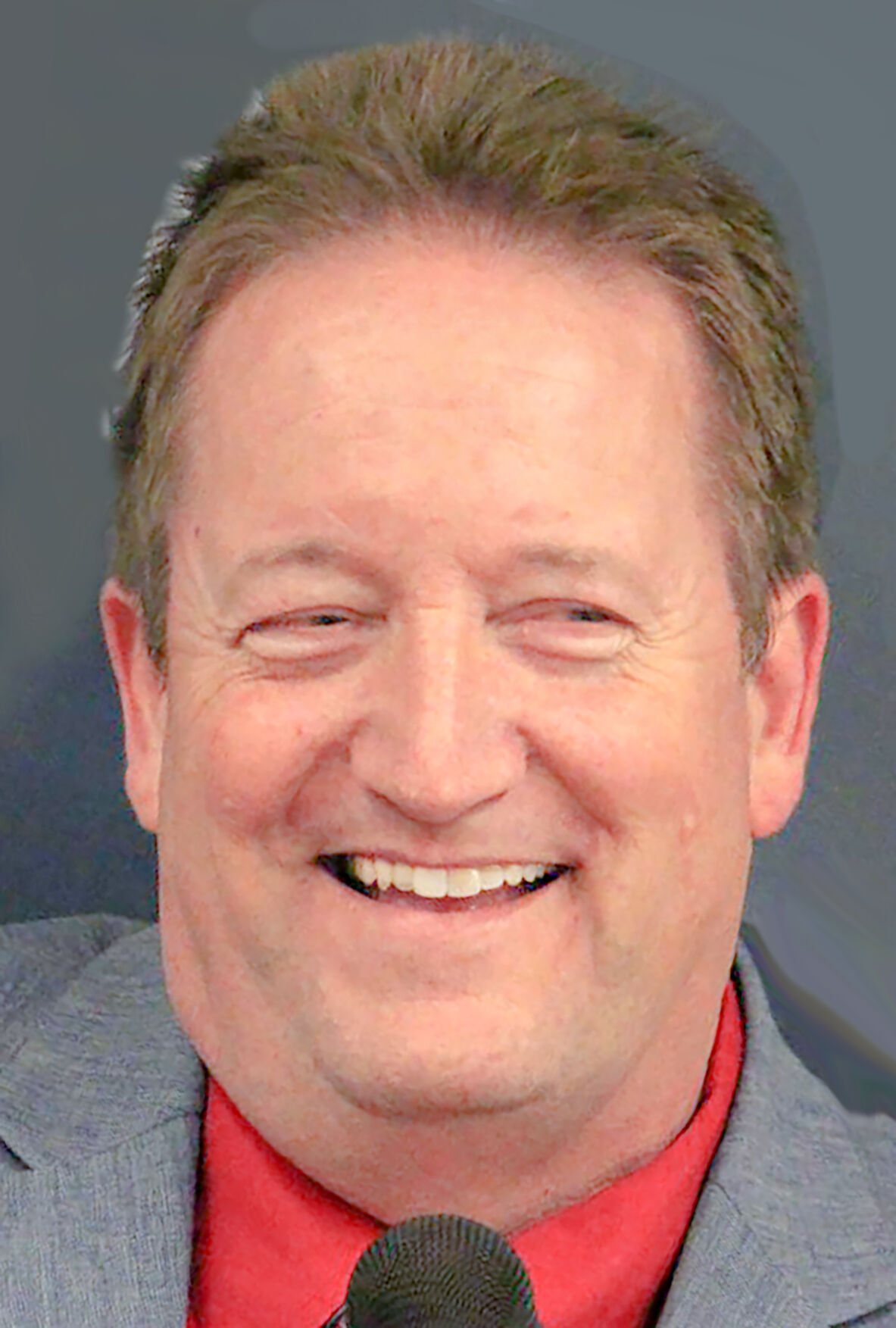 Republican Dean VanSchoiack (R-Savannah) speaks on Tuesday outside the Andrew County Courthouse on the matter of critical race theory and education.

Gov. Mike Parson said on social media that CRT — which seemingly lacks a consensus definition, but stems from ideas first proposed by Harvard Law School academicians — “has no business being taught in Missouri classrooms.” However, Parson’s statement notes, “The vast majority of our schools are not doing that.” Indeed, there is no evidence that any public K-12 classroom in the Show-Me State is currently tackling curriculum based on CRT. Parson went on to say that ideas of “diversity, equity and inclusion” for Missourians are being taught, and deservedly so.

“(This is) to help prepare our students for life and for the workforce, by allowing them to better understand and respect each other’s differences,” he said. “However, we do (not) need the extreme teachings of CRT in order to accomplish that goal.”

Rep. Dean VanSchoiack, (R-Savannah), doesn’t quibble with the governor’s understanding of what is and what is not being taught, and has more or less confirmed it via his own research.

“I do know that in my area, I’ve talked to my superintendents, and they say it is not being taught here,” he said.

VanSchoiack, whose ninth district of the Missouri House of Representatives covers the area northeast of St. Joseph, said state legislators are right to combat it anyway. He said a hypothetical CRT curriculum could lead children to conclude that there is something fundamentally wrong with America. Within his stated principles, all great countries have flaws, but the idea of America’s greatness must be protected.

“I think if we don’t have an active discussion about it, then there could be situations where it would get into the curriculum,” VanSchoiack said. “I think it’s incumbent that people go to their school board meetings to find out what is being taught in their schools, and make sure (CRT) is not it.”

Rep. Bill Falkner, (R- St. Joseph), said as a matter of principle, “I believe there is no place for critical race theory to be taught in schools.”

However, he added, if the state legislature proceeds with this debate, it ought to do so with caution. The idea is, local leaders who are directly responsible to local parents are best able to determine what kids should or should not be learning.

“I believe it’s a local issue for the local school districts,” Falkner said. “You know we (state legislators) have to be very careful on what we do, not to interfere with that.”

Parson affirmed this principle of “local control” in his statement.

“... Our state has a long history of valuing local control, and that is why local school districts have statutory authority over curriculum,” he said. “Individual schools receive direct input from teachers and parents, and know best how to address these topics in their schools’ curriculum.”