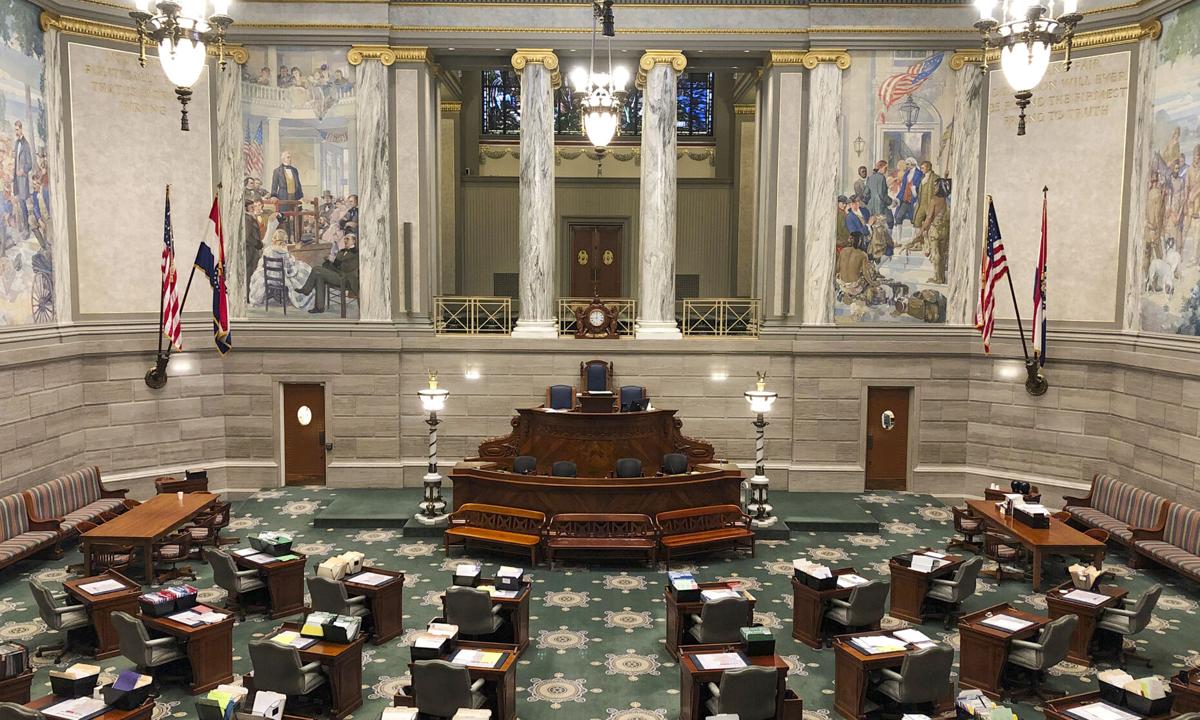 The Missouri Senate chamber has been dormant since the conclusion of the Special Session on Violent Crime in mid-September. Activity resumes Nov. 5. 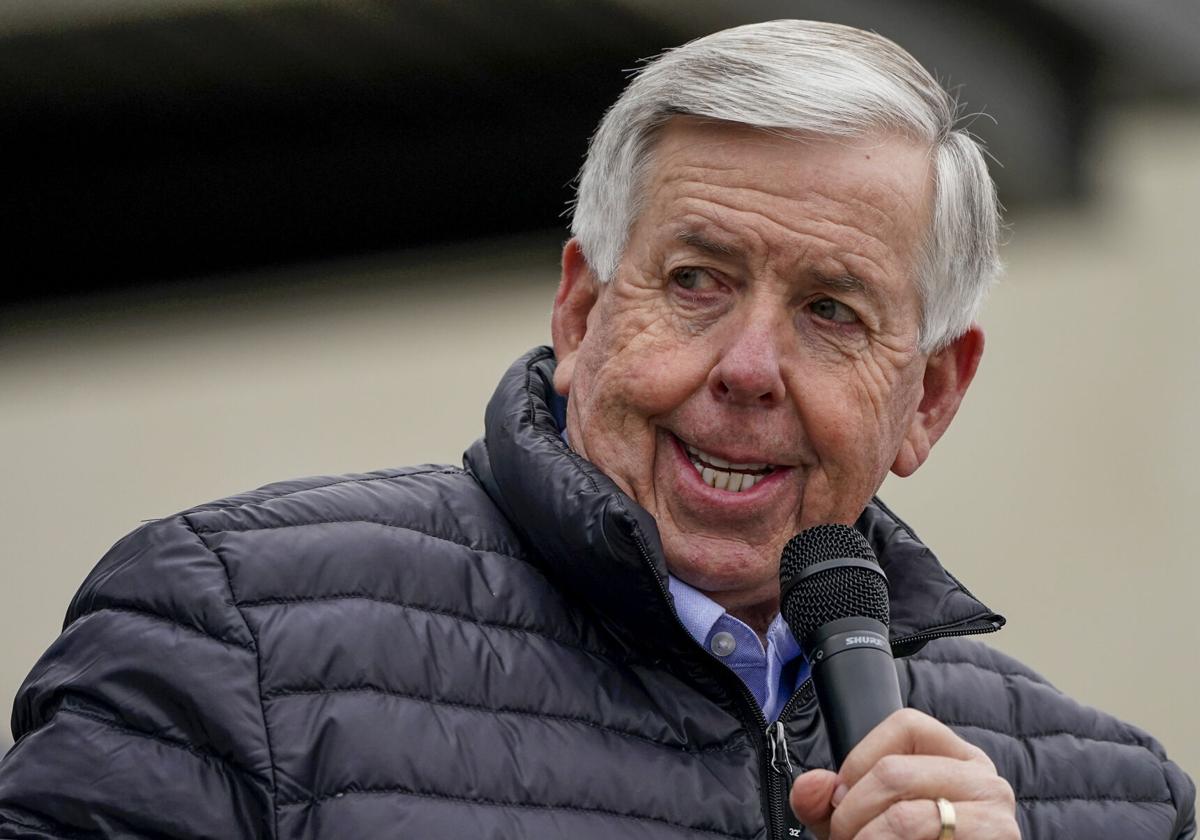 Gov. Mike Parson gives an address Oct. 25. The governor has called a special session of the Missouri Legislature to commence on Thursday, Nov. 5. It is uncommon for more than one special session to take place in a six-month period, and also for a session to happen immediately after a general election. 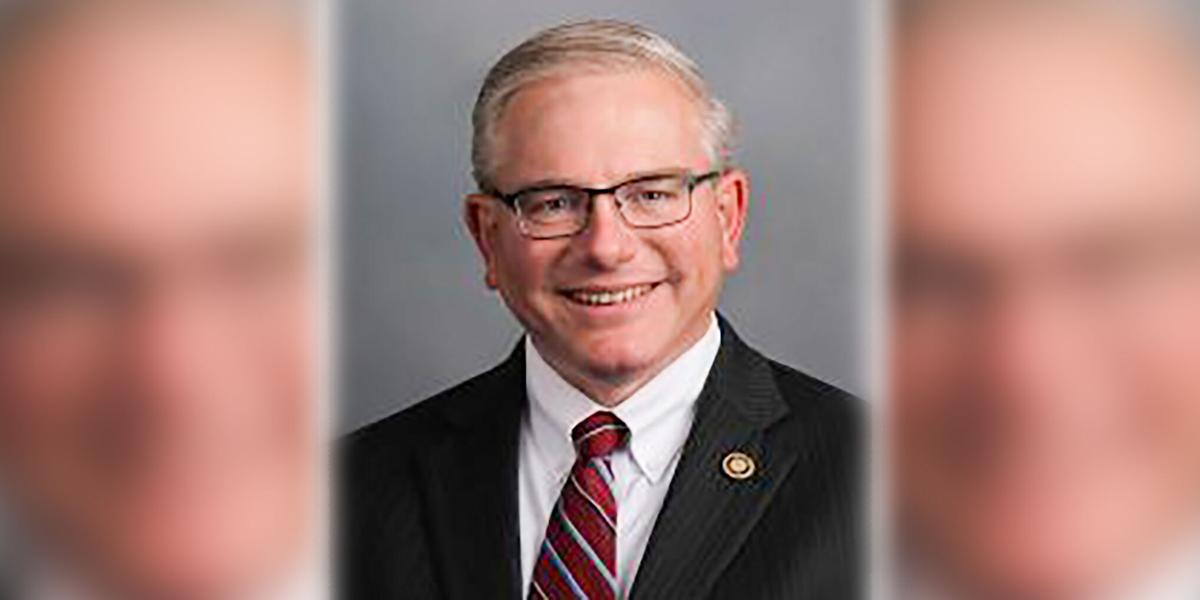 The Missouri Senate chamber has been dormant since the conclusion of the Special Session on Violent Crime in mid-September. Activity resumes Nov. 5.

Gov. Mike Parson gives an address Oct. 25. The governor has called a special session of the Missouri Legislature to commence on Thursday, Nov. 5. It is uncommon for more than one special session to take place in a six-month period, and also for a session to happen immediately after a general election.

For a second time in a six-month span, the Missouri Legislature will assemble in special session on Thursday, Nov. 5.

Gov. Mike Parson called the session two weeks ago in order to replenish state funds that have been drained by a number of economic maladies, all tied to COVID-19. The state has the ability to do this in part because it has yet to fully distribute the money it received through the Coronavirus Aid, Relief and Economic Security Act, and associated legislation, signed into law last spring by President Donald Trump.

“We’ve got some funds that will be running out of authority toward the end of November,” said Sen. Dan Hegeman, R-Cosby, who serves as chairman of the Missouri Senate Appropriations Committee. “So we’ve got some urgent needs to address those funds.”

The Office of the Missouri State Auditor found — as first reported by Missourinet, a Jefferson City-based alliance of Show Me State radio stations covering state government — that at the time Parson called the Nov. 5 session, some $1.3 billion in federal aid dollars remained to be distributed. Locally, to date, the St. Joseph School District has received the largest independent amount of such funding. The bulk of the money received is represented by a $2.3 million relief payment ultimately signed off on by the Buchanan County Commission. The auditor’s office is held by Parson’s main re-election opponent, Nicole Galloway.

Hegeman said that he understands Parson’s intent this time around as focused on governmental “housekeeping.” While school funding remains in question in the long run — particularly for Fiscal Year 2022 that begins July 1, 2021, but will be budgeted out in January — the Nov. 5 special session probably won’t feature weighty decisions on schools or other matters, per Hegeman’s prediction. Lawmakers are authorized to do whatever they collectively please; however, Hegeman said, the session is quite unlikely to last long.

“Just the timing of the different bodies, the House and Senate, will have some say on how we progress,” Hegeman said. “But I don’t look for anything really too controversial to be done ... (we’re) just dealing with the budget.”

The distribution question has been a topic of discussion for some months. In September, not long after the last special session concluded, U.S. Sen. Josh Hawley reflected on this in a phone interview with a reporter.

“I tell you, I’ve talked to a lot of city administrators, a lot of mayors, a lot of folks who say ... ‘The relief is there, but it’s just not come to us,’” Hawley said. “And so I would just urge these ... officials and others, to send that money on to the people who need it. It’s been appropriated. It should be distributed.”

The special session is also taking place immediately after Tuesday’s general election, and there is a distinct probability that some of the legislators who vote in this session will have just found out that they didn’t win re-election this year. Any replacements won’t actually take office until Jan. 6, 2021.

Welcoming in even cooler temps for your Wednesday