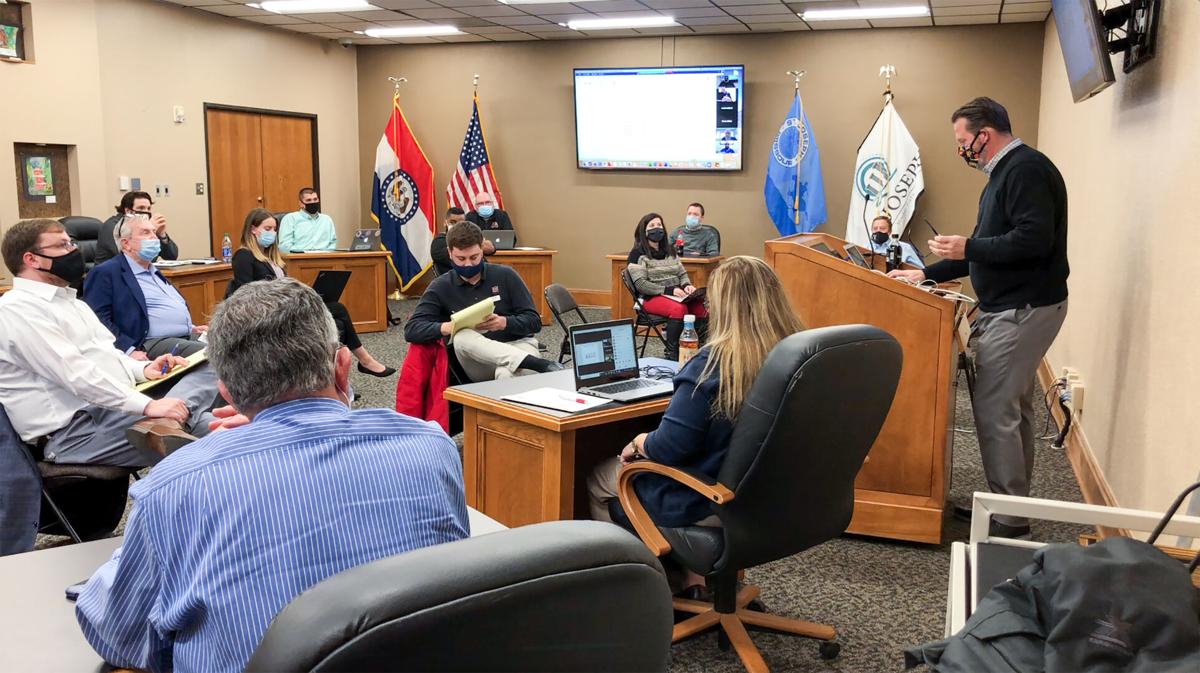 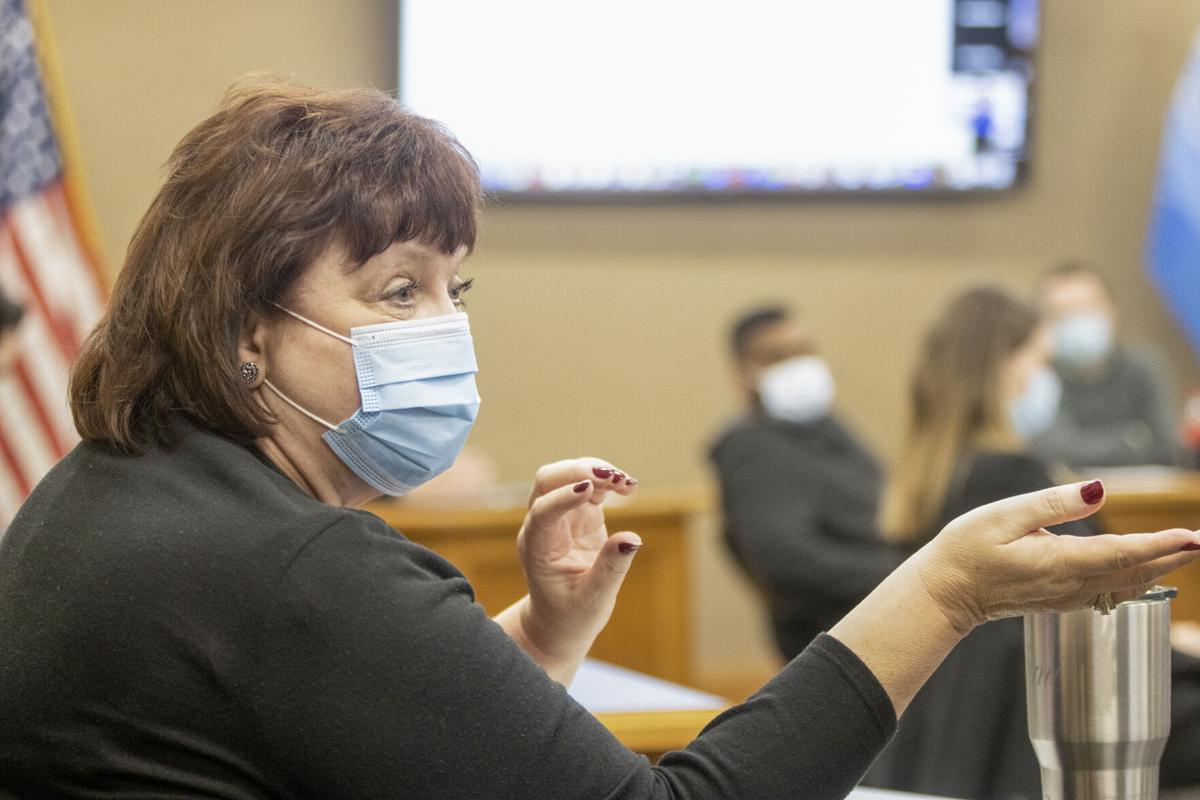 Tami Pasley, president of the St. Joseph School District Board of Education, comments on proposals discussed Tuesday by the Facilities Planning Committee. 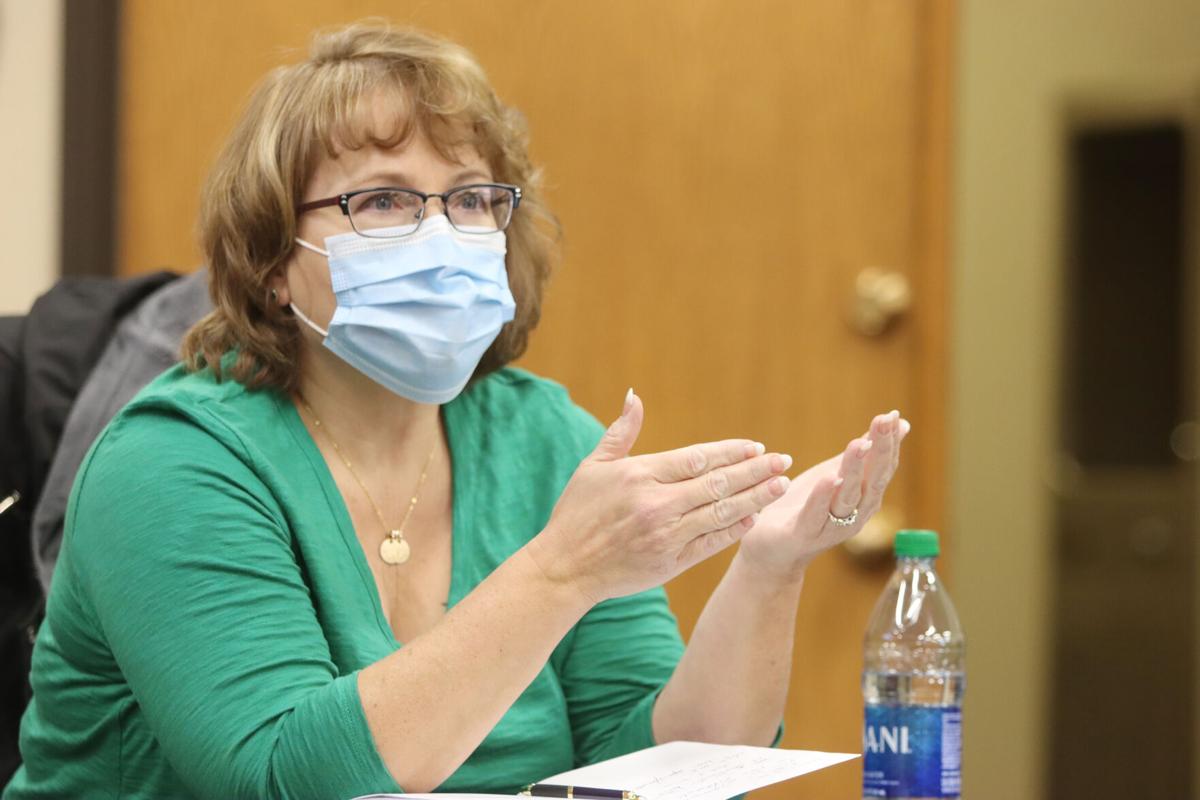 Lori Witham, member of the St. Joseph School District Board of Education, comments on proposals discussed Tuesday by the Facilities Planning Committee. 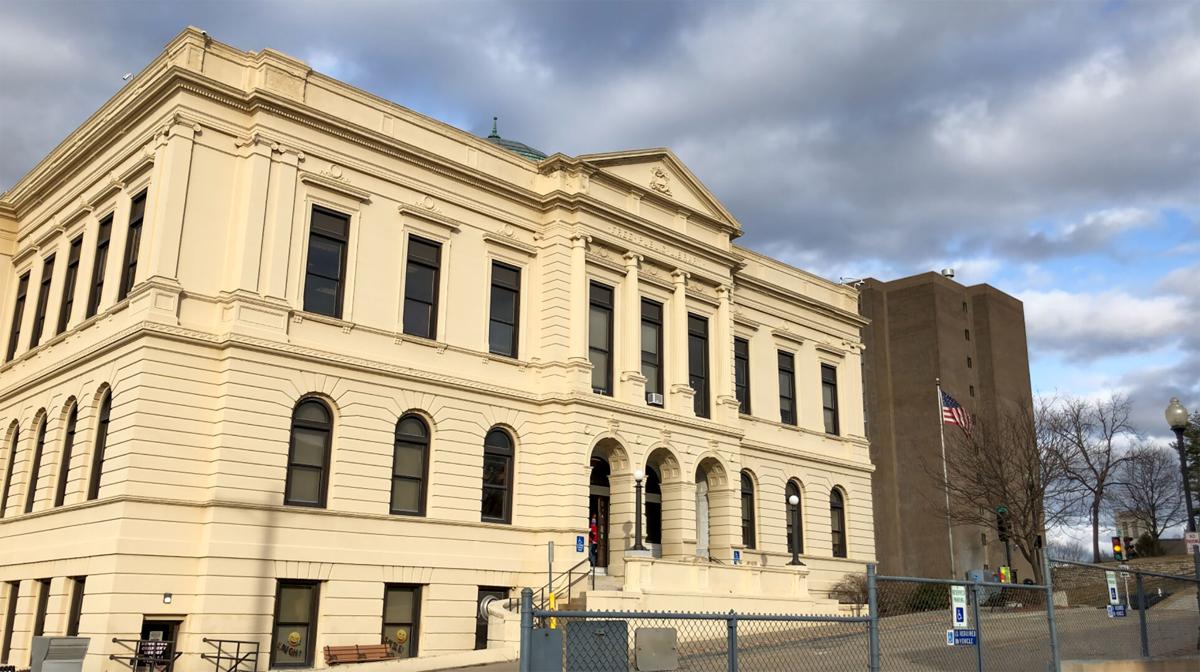 The St. Joseph School District is trying to tackle multiple complex problems at the same time by reorganizing and renovating buildings. 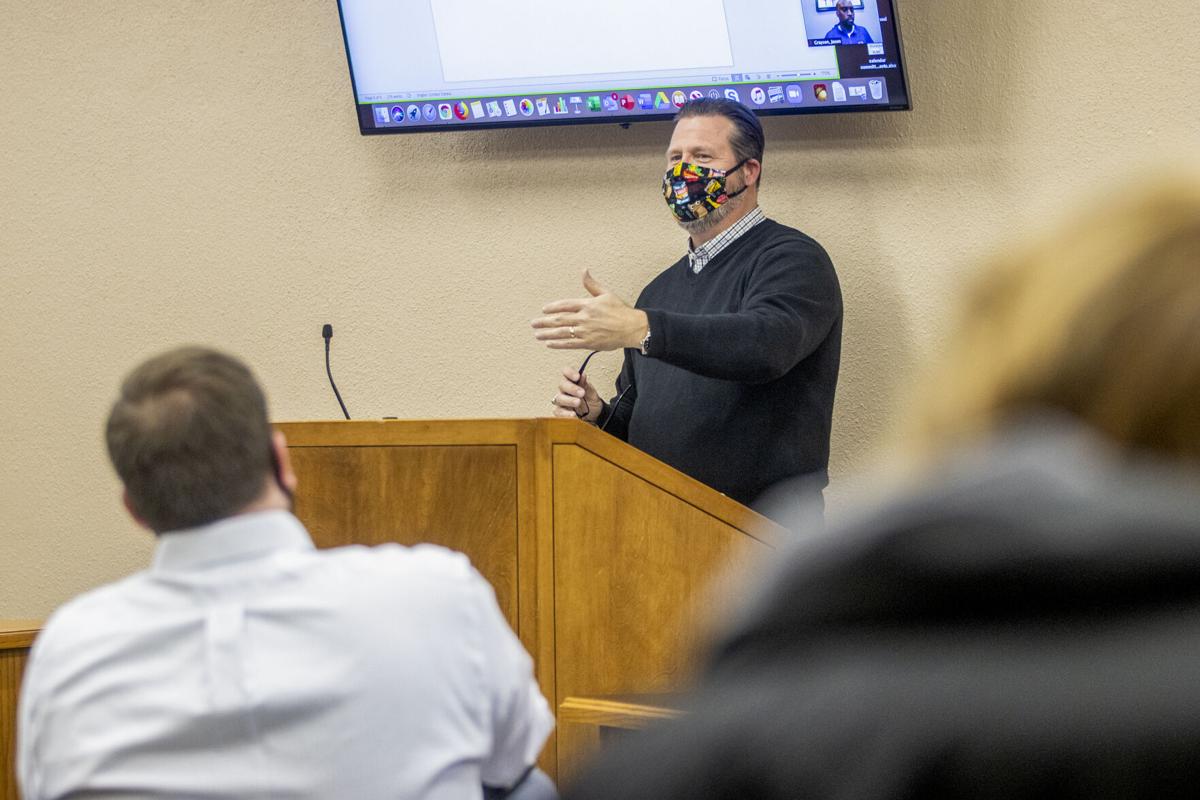 Tami Pasley, president of the St. Joseph School District Board of Education, comments on proposals discussed Tuesday by the Facilities Planning Committee.

Lori Witham, member of the St. Joseph School District Board of Education, comments on proposals discussed Tuesday by the Facilities Planning Committee.

The St. Joseph School District is trying to tackle multiple complex problems at the same time by reorganizing and renovating buildings.

Benton and Lafayette could lose their high-school designation under a plan laid out Tuesday that also eyes building a new facility for students in grades 9 through 12.

The buildings could be converted to middle schools, most probably to house sixth, seventh and eighth graders.

Dr. Doug Van Zyl, St. Joseph School District superintendent, asked for and received a working consensus among the members of the SJSD Facilities Planning Committee, which is composed of Board of Education members and external community experts, for a number of policy planks on Tuesday at a meeting in the Downtown district office.

“So what do you want to do with this?” Van Zyl asked the committee members. “Because in my opinion — and this is just my opinion, take it for what it’s worth — there’s gotta be some commitment. Because, commitment creates action.”

The main plan in the works, which the full school board would have to approve, would gradually sunset the current three-high-school system in time to realize the construction of a new high school. That would take at least two years to build from date of approval. The new high school would be paired with Central High School to anchor a two-school 9-12 system for the indefinite future. The plan would renovate multiple buildings, including Benton and Lafayette, to address concerns such as climate control.

Lori Witham, a school board member who also sits on the committee, said the new-build high school and Central approach makes sense as opposed to the construction of a new-build middle school, as previously has been discussed.

“I think it’s a gut punch to build a middle school and then all of the sudden they’ve got to walk into an 80-year old worn-out high school that doesn’t have air conditioning,” Witham said.

Regardless of which exact direction the district decides to take, it has been determined that a bond issue will be necessary to support renovations and construction. L.J. Hart & Company consulted with Van Zyl’s administration on this question and presented a slate of potential bond issues, ranging from a minimum of $65 million to a maximum of $143 million.

Committee members agreed that a $110 million bond issue is the most prudent move within this scale. According to L.J. Hart figures, this would involve a debt service levy increase of 31.24 cents, or about $89 in higher taxes per year for a residential home assessed at $150,000. If the full board decides on this plan, it would be subject to voter approval, perhaps as soon as the Tuesday, April 6, Missouri Municipal General Election. Voters would decide three at-large school board seats on the same day.

The board has the option to propose and approve any ballot measure at its next meeting scheduled for 5:30 p.m. Monday, Jan. 25, at the Troester Media Center, 3401 Renick St.

Benton, Lafayette In For A Change