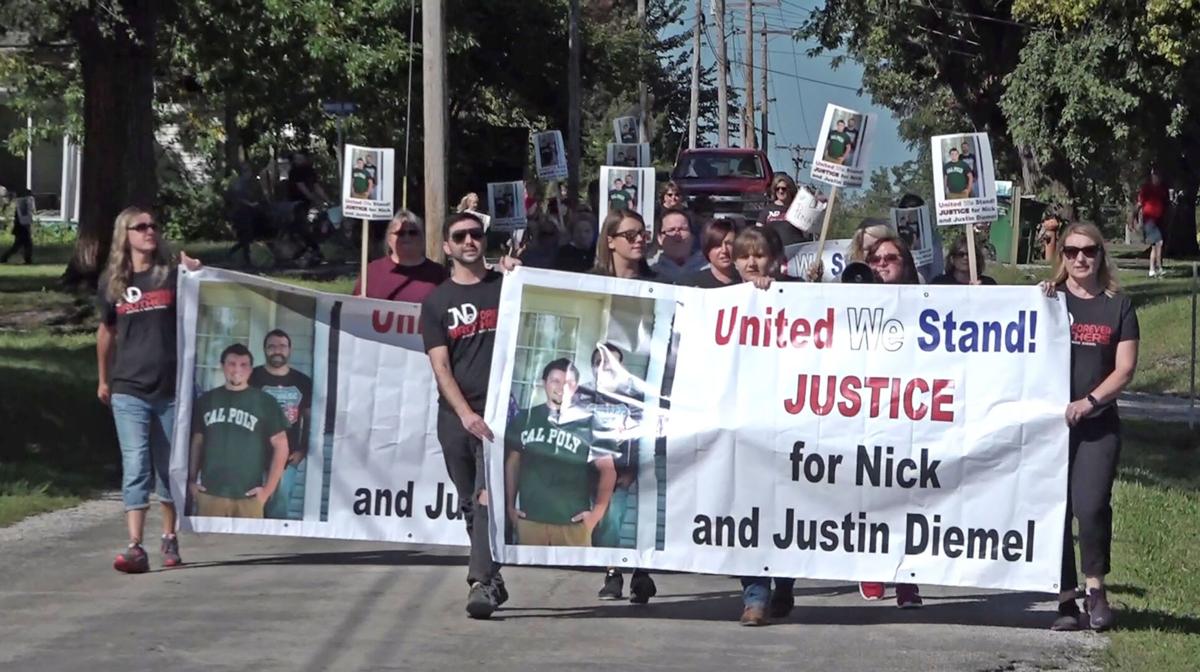 Members of the Diemel family led the walk through the town of Braymer on Sunday morning. 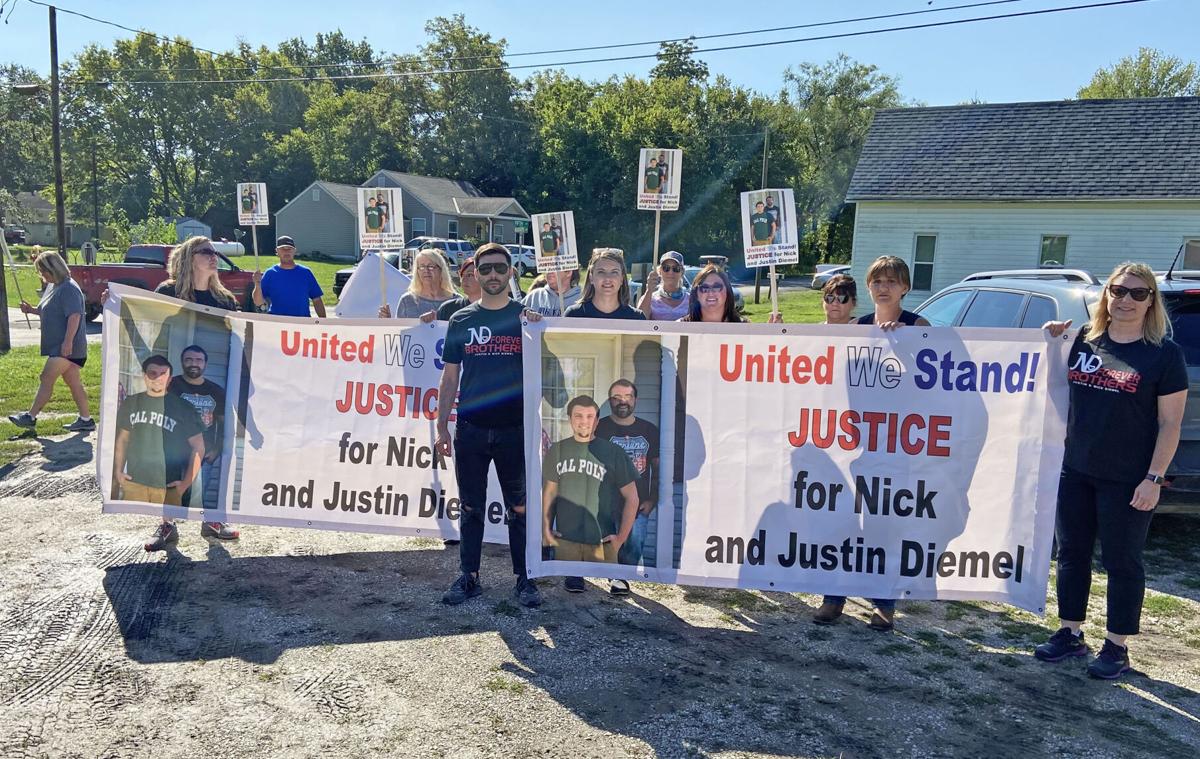 The walk took place at 10 a.m. in Braymer and was open to the public.

Members of the Diemel family led the walk through the town of Braymer on Sunday morning.

The walk took place at 10 a.m. in Braymer and was open to the public.

Braymer, MO. — It’s been over a year since tragedy struck the Diemel family after brothers Nick and Justin were reported as missing and found dead in July 2019.

The brothers were in Missouri after traveling from Wisconsin for business. They were reported as missing after missing their flight. After investigating, there is now one suspect. Garland Joseph Nelson has been charged with two first-degree murders, tampering with a motor vehicle and several other charges.

A year later, the family made it to Missouri to collect the remains of their loved ones. While in Braymer, the family and some members of the community held a peaceful walk through the town. Their hope was to show that they believe the case has been drug out too long, and they deserve peace with what’s happened.

Catherine Vertino, the Diemel brothers’ aunt, said that by holding the walk, they got to be a voice for the pair.

“Nick and Justin don’t have a voice, they never had a voice. They didn’t have a choice in the matter, obviously. It was a horrific crime,” Vertino said.

There were dozens of people walking up and down the streets holding signs asking for justice for the family. Some participants were local, others traveled from different states, including Kansas and Wisconsin, to show support.

Trish Peirce is from Ludlow, Missouri, and has been following this story since the beginning. She came out to show that she supports the family.

“Someone took these guys’ lives,” Peirce said. “Justice needs to be done, this family needs to be able to lay their family members to rest, and I think Braymer as a community should pull together and support this family.”

Kelly Miller and Melissa Haughton are from Braymer and also went out to show support. Miller said she understood why the family felt the way they did.

“There’s been no justice and it’s been drug out,” Miller said. “It just needs to get through the court system and get done.”

As of now, the trail is still going on, and the family hopes to see it finished soon.