There is some evidence in the pool area of the closed Red Lion Hotel of trespassers and possible squatters having gotten inside. 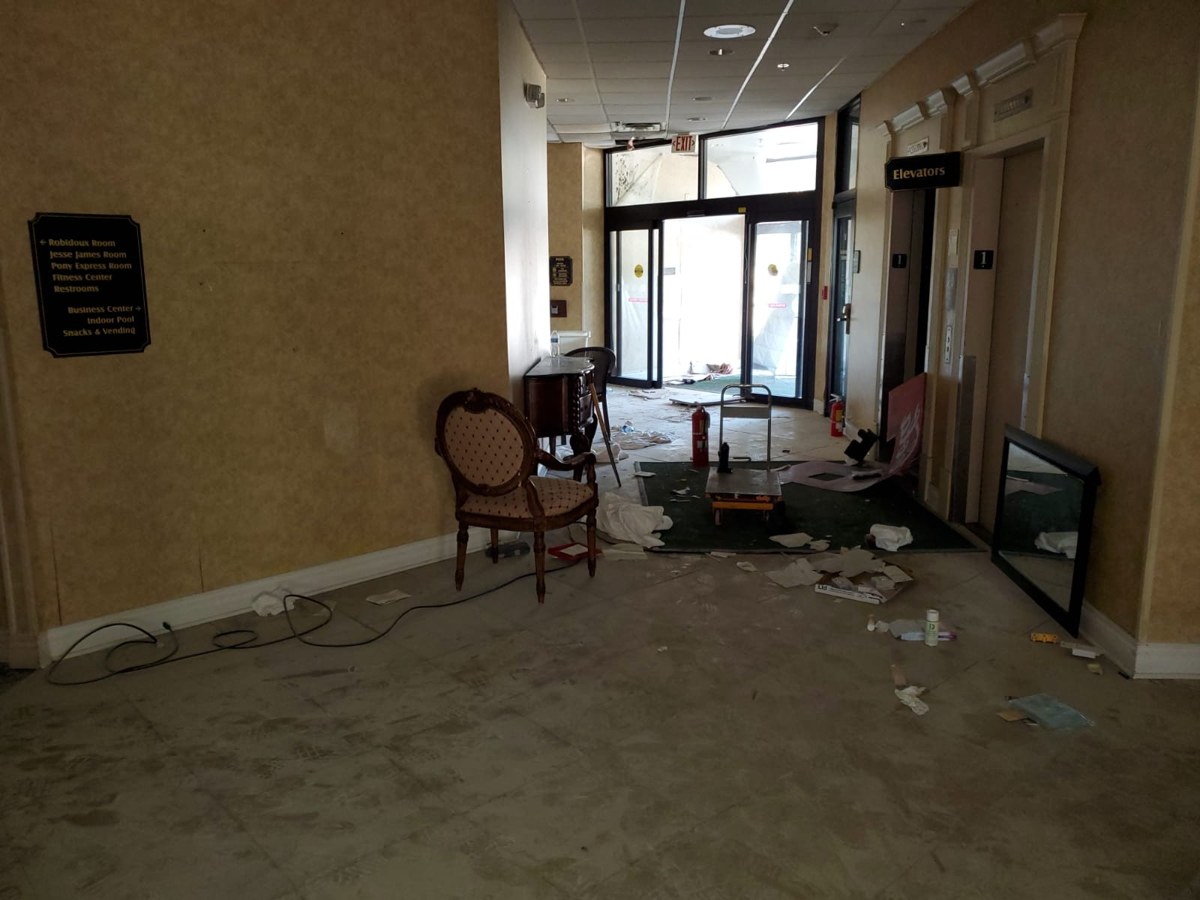 Furniture and debris can be seen in the main hall of the Red Lion Hotel, apparently left there by trespassers. 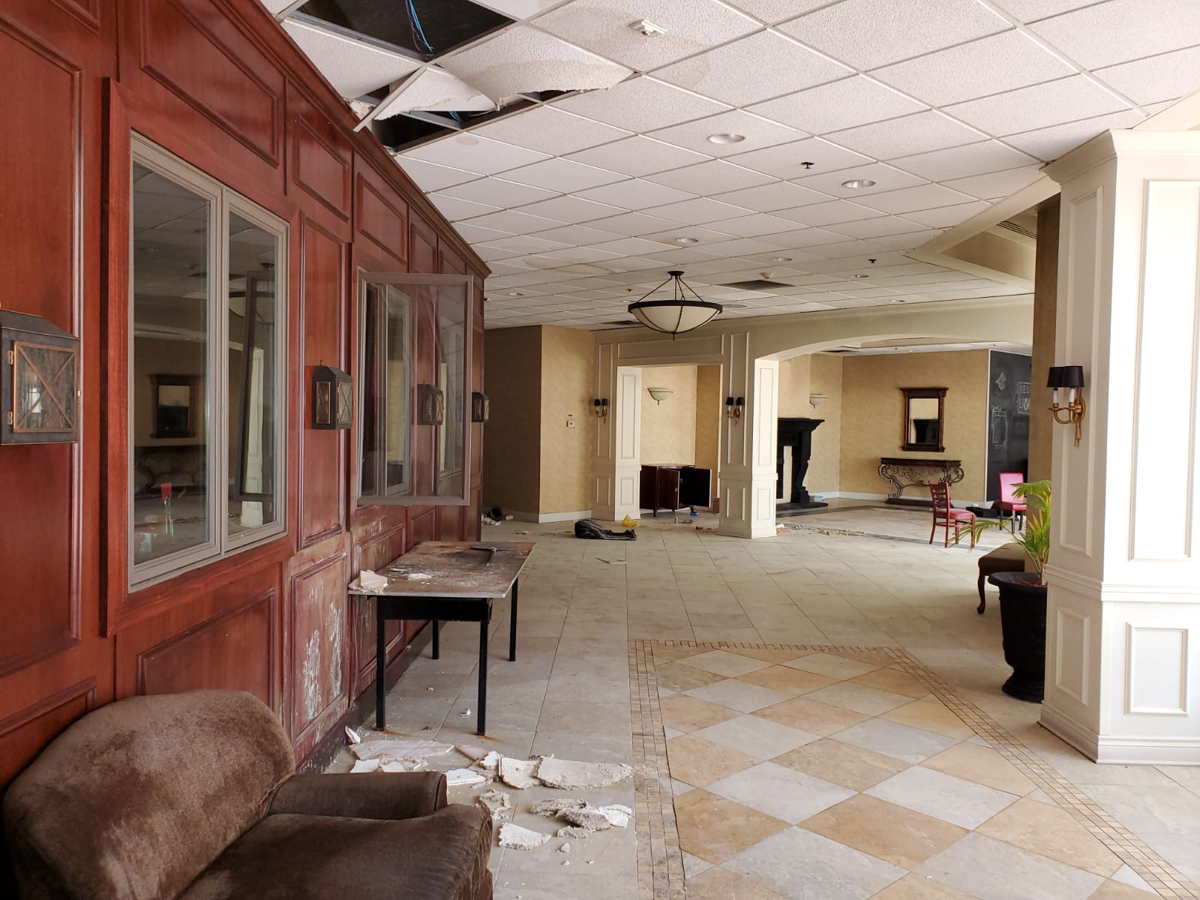 Damaged ceiling tiles and a broken table can be seen in the main hall of the Red Lion Hotel, which has been closed for months.

There is some evidence in the pool area of the closed Red Lion Hotel of trespassers and possible squatters having gotten inside.

Furniture and debris can be seen in the main hall of the Red Lion Hotel, apparently left there by trespassers.

Damaged ceiling tiles and a broken table can be seen in the main hall of the Red Lion Hotel, which has been closed for months.

The owners of the Red Lion Hotel and the city of St. Joseph are working to secure the building after evidence of squatters and damage was found inside.

A video and series of photographs sent to News-Press NOW from a source who wished to remain anonymous show makeshift beds, trash and broken furniture inside the Red Lion Hotel in Downtown St. Joseph, which has been closed for about a year.

The hotel was originally built in 1982 and was a Sheraton. It has been owned by multiple companies and has had multiple name, but was rebranded the Red Lion Hotel under owners Inner Circle Investments. This year, it became the property of HDDA, a Tennessee-based company.

A call made to that company for comment was not immediately returned, but Director of Planning and Community Development for the City of St. Joseph Clint Thompson said the new owners were surprised to learn that there had been a breach.

That company, according to city documents, has filed for a Certificate of Appropriateness to take harsher measures to lock up the structure. An application filed by a member of HDDA on June 8 details plans to block entrances.

“To deter vagrants, HDDA requests to board up all windows and entrances on the first floor,” the document reads. “The closed Red Lion is well known among squatters and has recorded numerous break-ins.”

The applicant hopes to use half-inch thick plywood over the windows and doors, which will be painted black. Because the exterior of the Downtown building will be altered, the Downtown Review Board will have to review the request before the boards can go up. They are scheduled to meet July 1 and this issue is on their agenda.

Thompson said the property maintenance and police departments are working to determine where people could be getting in and supplying temporary fixes to help secure the building.

“The city has been working to secure the structure, although we have not extensively secured the structure like what’s being considered,” he said.

He said the fact that people seem to be living inside the structure could pose a potential safety risk.

“Most often with vacant properties, if there are individuals who access the interior, generally they’re trying to either destroy the property or use the property for temporary residence, which can be a fire hazard,” Thompson said.

He said HDDA does have plans to renovate and reopen the hotel in the future and the city is working to make that process easier for them in order to get a hotel running to serve Downtown. This could include tax incentives, if they are requested by the new owners.

Inner Circle owed sales tax revenues to the city at the time the hotel was closed, but that money may not be possible to claim now that the structure is under new ownership.

“The previous ownership did have back taxes owed on the property,” Thompson said. “So, those taxes are still owed to the city, but through the foreclosure procedure, the city’s not sure if we will have a mechanism to reclaim any back taxes owed at this time.”

Thompson said the best thing for the city and the citizens is to get the hotel doors opened again in order to capture taxes and bring in tourism.