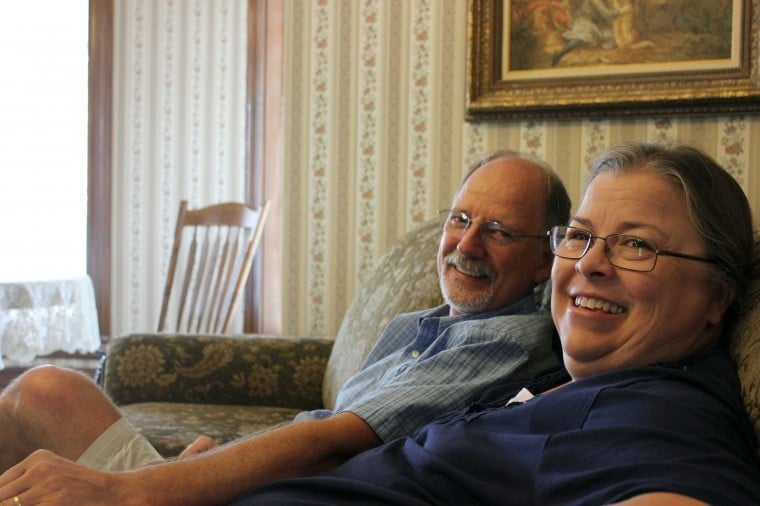 Jim and Diane Faunce have spent more than a decade renovating a historic home into a bed and breakfast in Troy, Kan. The home is open for a tour from 12 to 4 p.m. today and Monday. 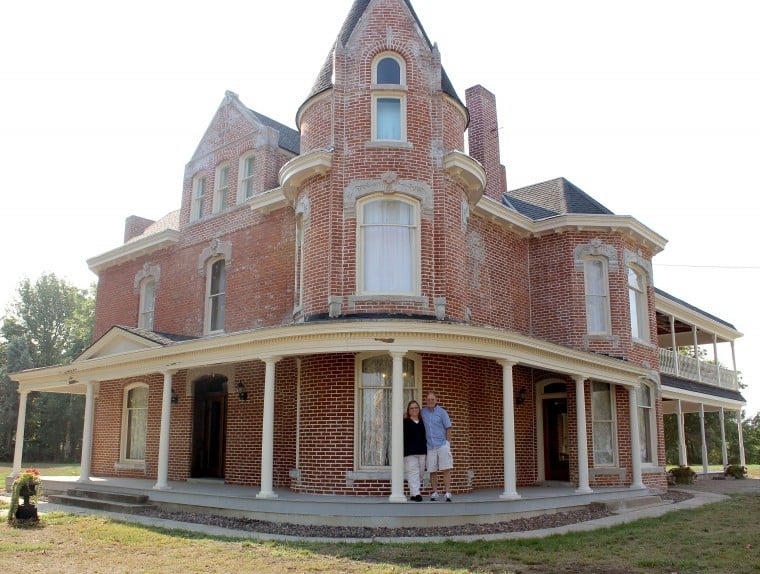 Jim and Diane Faunce are proud of the work they have done to their new bed and breakfast in Troy, Kan.

Jim and Diane Faunce have spent more than a decade renovating a historic home into a bed and breakfast in Troy, Kan. The home is open for a tour from 12 to 4 p.m. today and Monday.

Jim and Diane Faunce are proud of the work they have done to their new bed and breakfast in Troy, Kan.

TROY, KAN. — When Jim and Diane Faunce first toured the Boder-Strong Home, there wasn’t much to it.

The historical Kansas house showed its age. The hand-crafted woodwork, spindles, doors and chandeliers were gone, along with pocket doors, fireplace mantles and other remnants of its former self. But the Faunces thought new owners, with the right vision, could bring it back to its glory days.

“We enjoyed the home, even though it was gutted and in disrepair,” Mr. Faunce said. “It was a massive undertaking.”

At the time, the couple lived on a farm in Dennison, Kan., about an hour away from Troy. The old three-story house, on a corner lot across from the local high school, soon became their weekend project, and then their summer project.

“We had to put our kids through school,” Ms. Faunce said.

They would take time off from the project here and there, yet always remained focused on that day when the former Boder-Strong Home would become their permanent residence and a destination bed and breakfast.

“That was always the plan,” Ms. Faunce said.

For years, Ms. Faunce continued teaching at Royal Valley USD 337 in Hoyt, Kan., and Mr. Faunce worked for Goodyear. All the while they were working on their brick dream home in Troy.

Finally, when the house was habitable, the couple sold their 240-acre farm and moved to a smaller house near Troy so they could continue their restoration.

Ms. Faunce retired from her long teaching career — although she occasionally substitutes in Troy — and Mr. Faunce still works at Goodyear.

From old pictures, the Faunces were able to hire a local carpenter to replicate much of the house’s woodwork, including baseboards, doorways, window frames and spindles. The Pink Barn in Atchison, Kan., was able to find antique chandeliers to fill the home; when they couldn’t find the real thing, they re-created pieces.

Built by Fred Close in the 1870s, the house at 433 W. State St. was a simple, square-brick structure. Mr. Close was the Doniphan County clerk for the district court, and later, the secretary for the governor. He also ran for lieutenant governor.

According to the Faunces’ research, he was in the Civil War at age 13 and lost his arm. However, he went on to attend Highland Community College and play on the school’s baseball team as a pitcher.

It wasn’t until the Boder family purchased the property a few years later that the remainder of the home was built. For nearly 100 years, the home stayed in the Boder family. They sold it in the 1980s, at which point it was remodeled and a kitchen and dining room were added.

The house is now about 5,500 square feet. The Faunces live on the third floor and there are three beautifully decorated rooms for guests. Each has its own large bathroom.

About five years ago, riders in the Bike Across Kansas event stayed at the home, and more of them stayed earlier this year when the organization came back to Troy.

“From there, the bikers have put (the home) on their websites, and word-of-mouth has spread,” Ms. Faunce said. “I hope (guests) can have that disconnect from the technology.”

The home still gives its visitors that Victorian-era charm and the couple hopes people can come and enjoy a restful evening.

Jennifer Hall can be reached at jennhall@newspressnow.com.