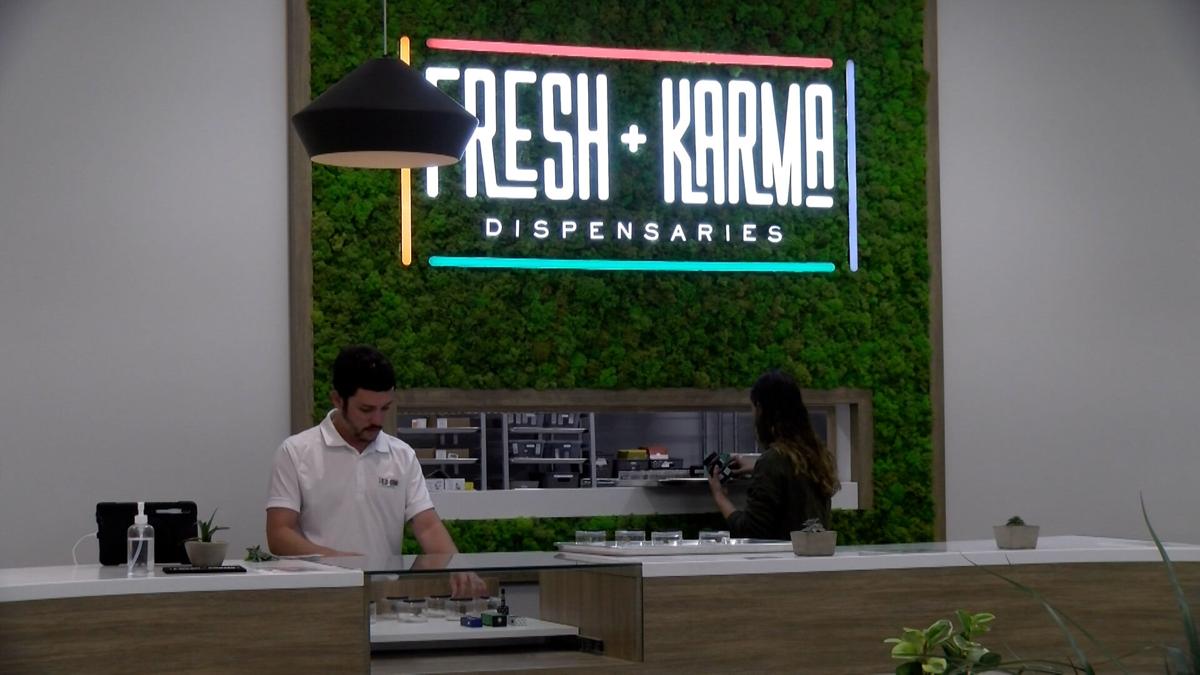 Fresh Karma was St. Joseph’s first medical cannabis dispensary, and staff there said they have seen an increase in patients month over month. 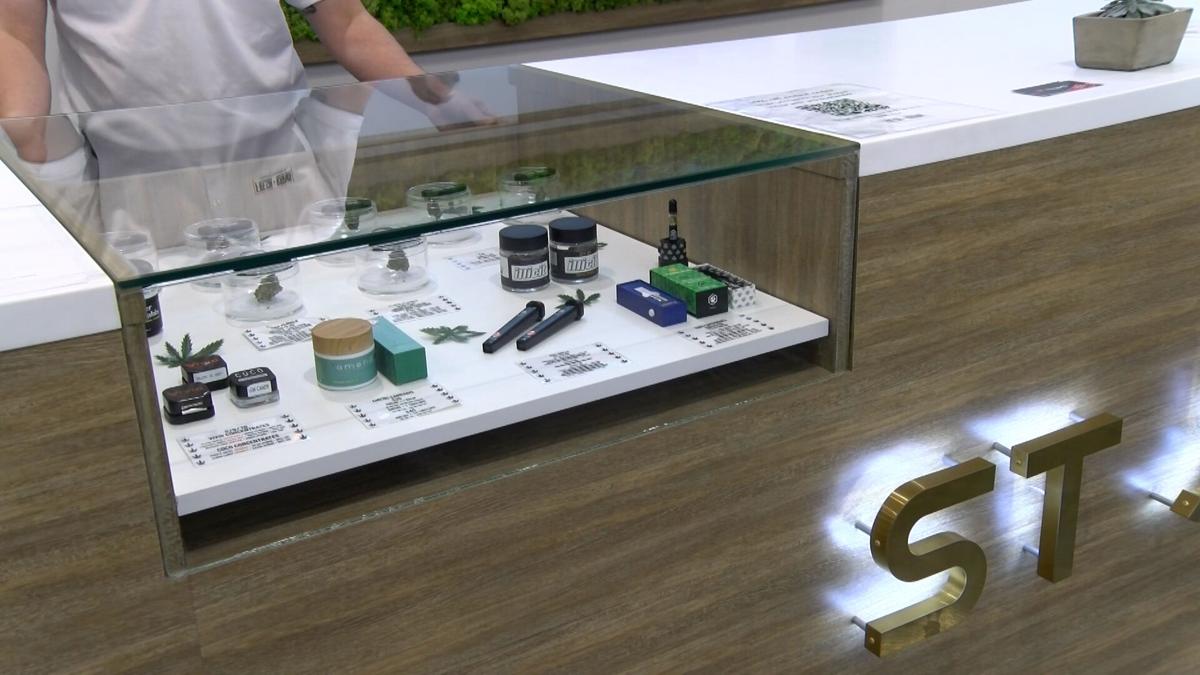 Display cases at Fresh Karma can house a multitude of cannabis products, including edibles, waxes, flowers and high-potency cartridges.

Fresh Karma was St. Joseph’s first medical cannabis dispensary, and staff there said they have seen an increase in patients month over month.

Display cases at Fresh Karma can house a multitude of cannabis products, including edibles, waxes, flowers and high-potency cartridges.

Business is going well at the two medical marijuana dispensaries that opened in St. Joseph during the summer, staff at both facilities said.

“We’ve been open for barely over two months and the citizens of St. Joe have really kind of taken to Fresh Karma,” Heese said. “You see a lot of people around town wearing our merch and using our medical cannabis and stuff, so we’ve seen a major uptick in even how many medical cards are coming to this area.”

With more people receiving medical marijuana cards — 56,000 of which were issued statewide in the medical cannabis program’s last year — some are starting to believe that the negative stigma around marijuana is beginning to lose its power. Chris McHugh, CEO and president of Vertical, said he’s happy with the public response so far. The business has a dispensary at 908 N. Belt Highway and a manufacturing and cultivation facility at 3101 Townesouth Court.

“I think we’ve been given a great reception. I have been very happy with the reception we’ve received,” McHugh said. “I don’t think that marijuana stigma really has much power or strength anymore. As you can see, this store is top-notch, high-end retail. This is not a smoke shop. It’s just a different industry than I think people expect.”

Staff at both dispensaries said that the forefront of their business is all about education and awareness, along with making an impact within the community.

“We’re going to start doing some more community projects, maybe some more community seminars or things like that,” Heese said. “We did a massive cleanup of Hyde Park as well. We hit one side to the other, from the baseball fields down to the skate park. It was something we were very excited to be a part of.”

As more people apply and get approved for medical marijuana cards, patient education remains a top priority for those at the retail level. That includes not only ensuring that medical needs are met but also that patients know what to do under different circumstances.

“At 10 a.m. on Sundays we open up the dispensary and we don’t sell. We just invite people to come in, and we sit down and talk to them about whatever they want to talk about,” McHugh said. “We talk about what happens if you’re stopped in your car and you have marijuana and you have a medical card, what you should do and how should you interact with police officers.”

With supporters already lining up to put recreational marijuana on future ballots for the state of Missouri within the next year, medical dispensaries may be just the tip of the iceberg when it comes to the future of cannabis in the Show-Me State.

Reed Gregory can be reached at reed.gregory@newspressnow.com