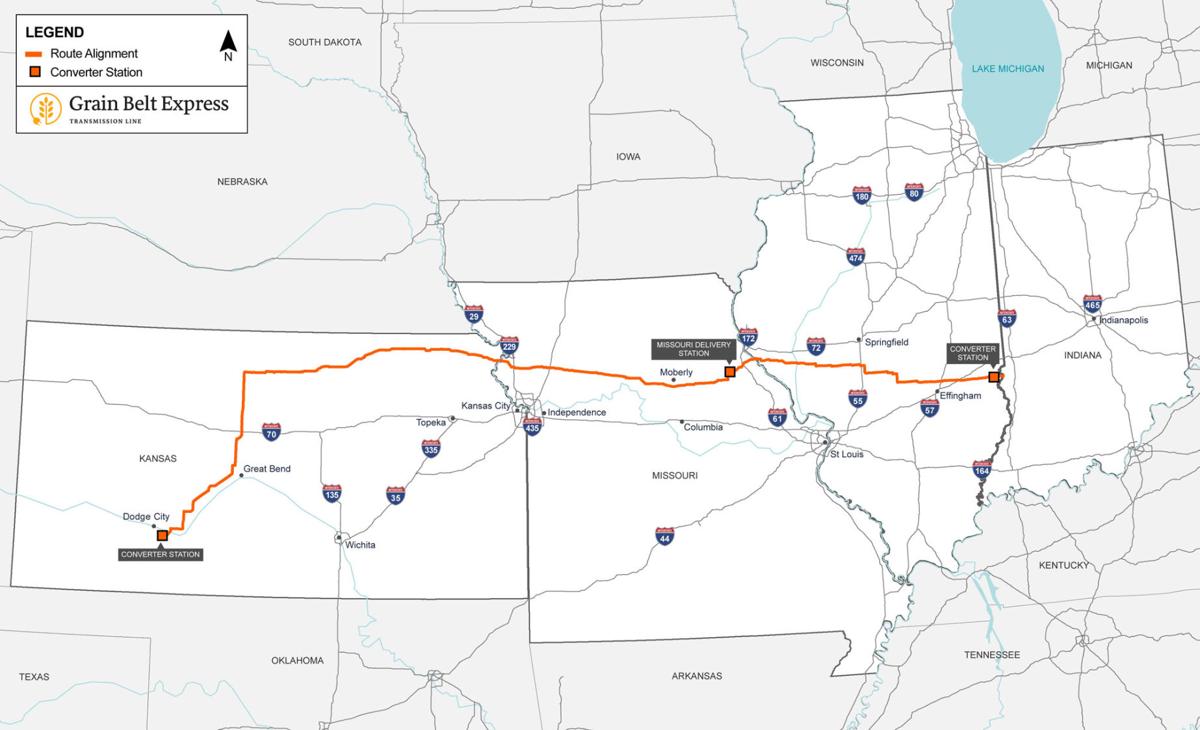 The proposed route of the Grain Belt Express power line runs through Buchanan and Clinton counties and other areas in Northwest Missouri. 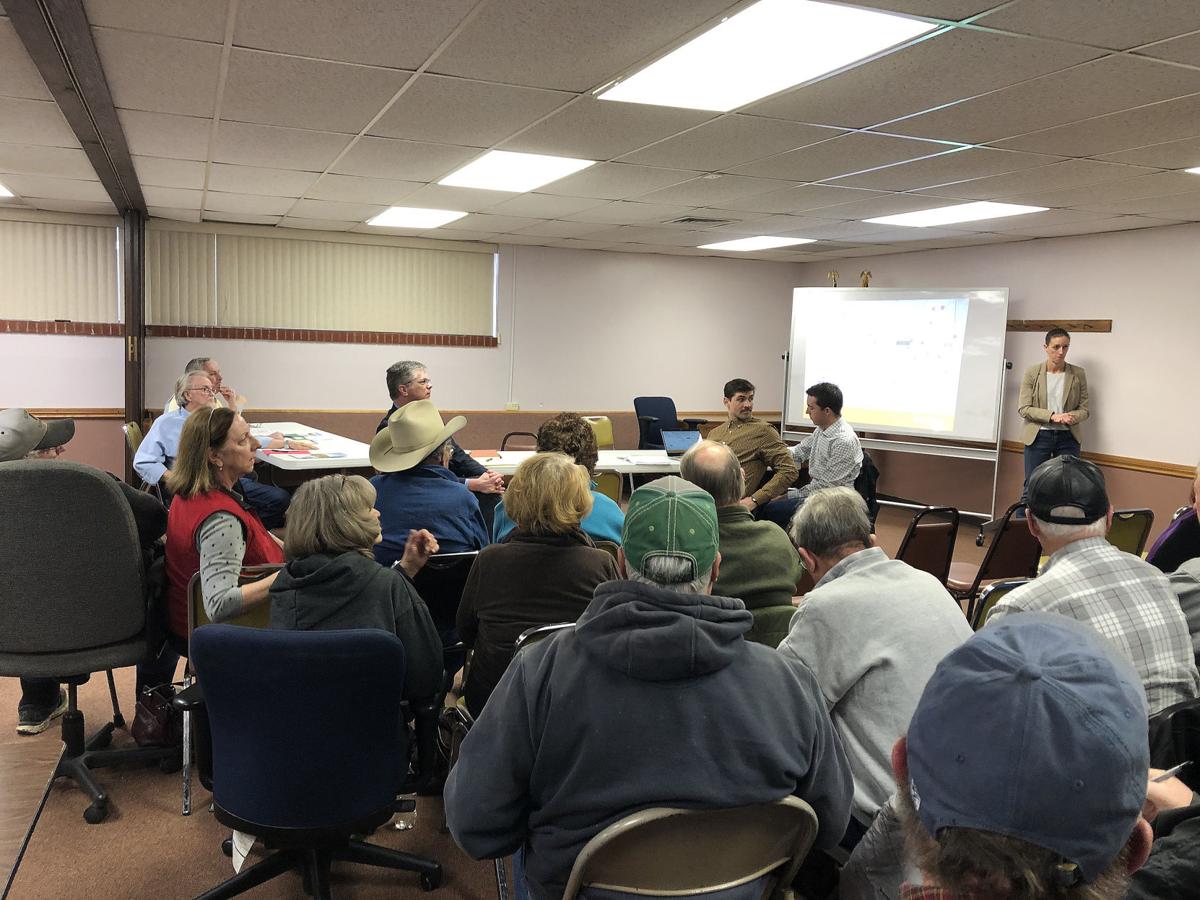 Clinton County commissioners and the public listen to a presentation last year from Invenergy, the company behind the Grain Belt Express

Despite efforts from the state legislature to limit the ability of private companies to use eminent domain, the business behind Grain Belt Express is moving forward with plans for a high-voltage powerline.

The powerline is scheduled to go through Northwest Missouri on its way to Indiana, transferring energy on a DC current.

In a landowner letter, Invenergy, which is heading the Grain Belt Express project, said it has made $6 million in upfront payments to Kansas and Missouri landowners and completed right-of-way acquisition through voluntary negotiations for 45% of the route in those states.

The letter said the efforts from the state legislature to target the Grain Belt Express through retroactive invalidation of its public utility certificate were once again unsuccessful and unconstitutional. Since March there have been open houses and public hours in local offices in Dodge City, Kansas, St. Joseph and Moberly, Missouri.

Invenergy said in the letter it is offering easement payments at 110% of the market value as well as $18,000 per structure, and in certain situations, it will pursue right-of-way acquisition through legal proceedings.

Leslie Holloway, Missouri Farm Bureau senior director for regulatory affairs, said the transmission line as a private entity should not be eligible for eminent domain.

Holloway said her agency has requested along with some other ag organizations for the legislation that was considered this year to be part of the call for the special session. Holloway said Invenergy has stated 40 municipalities along the line in Missouri will receive some sort of public power from the line, but she noted she does not believe that will be significant and a large portion of the power generated will be going to the East Coast.

“There’s no guarantee that those agreements will be in place. In fact, the agreement specifies that at the request of either party, the Grain Belt or the community, those agreements can be nullified,” Holloway said.

In an email response, Beth Conley, an Invenergy spokeswoman, said the line will lower Missouri electric prices, make the grid more reliable and meet a public need without asking for special state subsidies or incentives.

Conley also said Missourians should see $12.8 million in annual energy savings along with enhanced reliability and around 1,500 jobs, $35 million paid to project landowners and more than $7 million in property tax revenue for counties along the route in the first year of operation.

State Sen. Tony Luetkemeyer, R-Parkville, said he is in support of limiting the ability for the Grain Belt to use eminent domain and feels landowners should have their land rights protected.

“I think that it’s just critically important that we protect property rights of farmers and other citizens in Buchanan County, and any legislation that would prohibit the Grain Belt Express from going through there and being used for eminent domain is something that I would be supportive of,” Luetkemeyer said.

Luetkemeyer said there have been two legislative sessions where proposals have been put in place to stop the powerline, and he expects to see that again next year as it has been blocked and filibustered by a portion of the senate.

“I do have issues with private corporations being able to utilize the power of eminent domain to condemn property and to be able to build infrastructure,” Luetkemeyer said. “In my opinion, eminent domain should be used sparingly.”