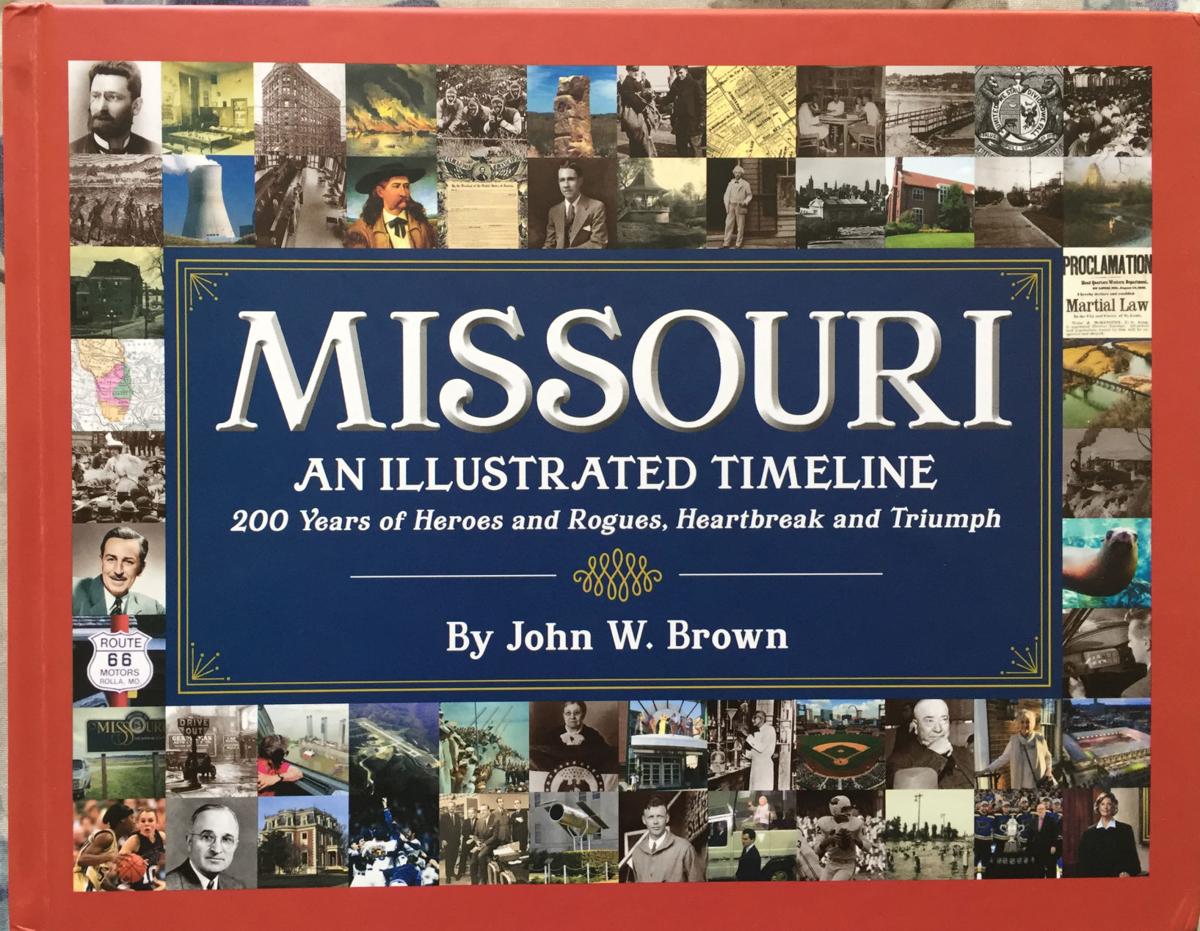 Pictured is the cover of John W. Brown’s book, ‘Missouri: An Illustrated Timeline.’ 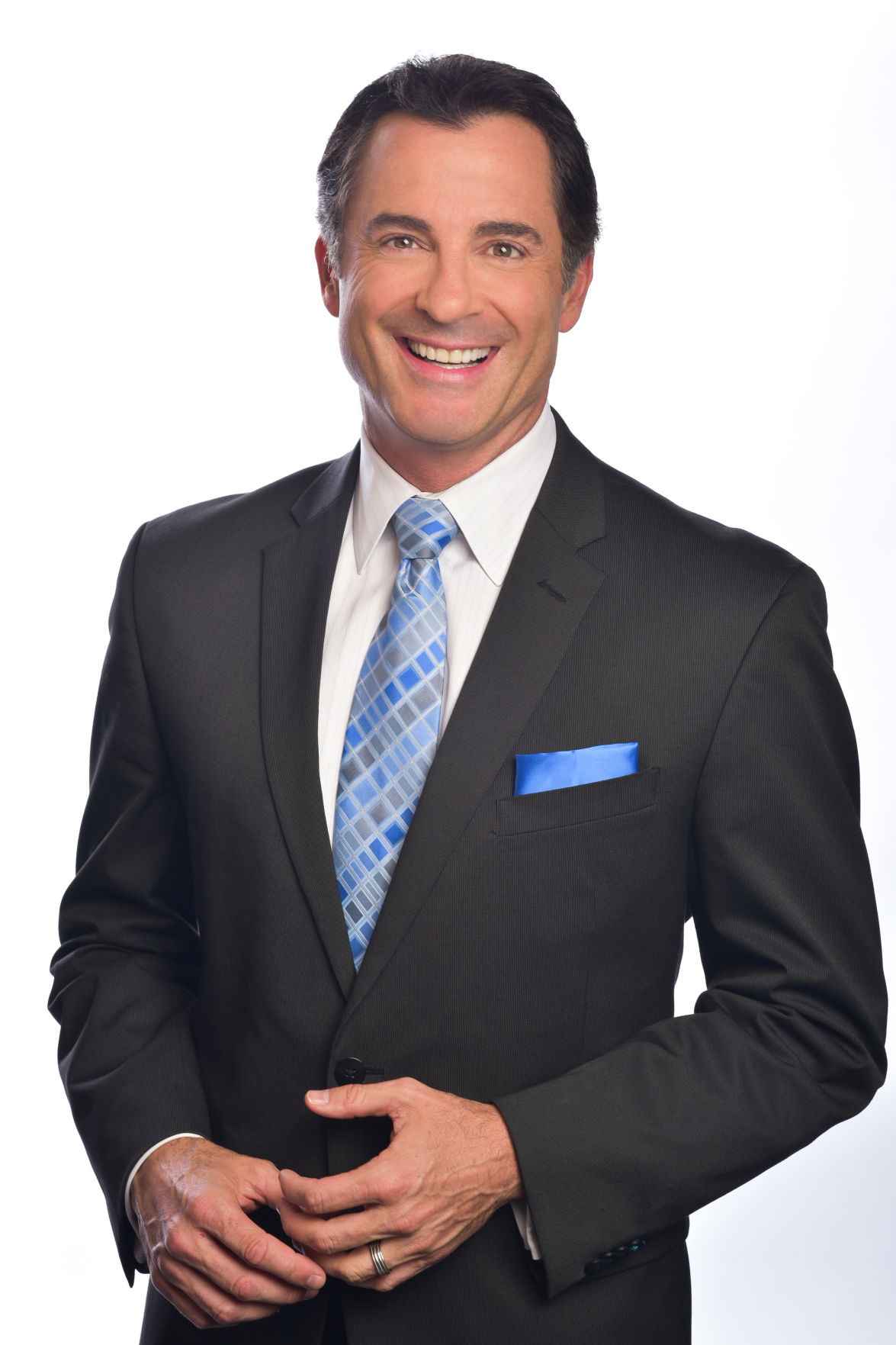 John W. Brown works as a new anchor at KTVI FOX 2 in St. Louis. His book, “Missouri: An Illustrated Timeline,” is available at the author’s website, www.missourilegends.com.

Pictured is the cover of John W. Brown’s book, ‘Missouri: An Illustrated Timeline.’

John W. Brown works as a new anchor at KTVI FOX 2 in St. Louis. His book, “Missouri: An Illustrated Timeline,” is available at the author’s website, www.missourilegends.com.

John W. Brown grew up in a small town. In fact, a number of them.

He takes delight in reciting nearly 20 Missouri communities — Warrenton, Wright City, Wentzville, Webster Groves, and those are just the “W’s” — where he resided after his birth in St. Joseph.

“My dad was a mortician, and he did some training there in St. Joe,” Brown said, noting he lived in the city about a year. “I bounced around quite a bit.”

The moves, though, left him with a passion for the state’s history, one that came in handy with the publication of his most recent book, “Missouri: An Illustrated Timeline.”

Published by Reedy Press, a St. Louis company, the book stands as a historical resource as Missouri heads toward its bicentennial celebration next year.

In a year-by-year recounting of some of the biggest events in Missouri history, and encompassing some big names, it builds upon Brown’s previous work, much of which can be found at his website, missourilegends.com.

He finds the work humbling.

“I thought I knew a lot until I started talking with others about the project,” Brown writes in the new book. “And just when you think you have a pretty good grasp on a topic or time period, someone else will present a new element to that story.”

Brown works as a KTVI FOX 2 news anchor in St. Louis, his career in television and radio having taken him to jobs in Miami, Orlando and Pennsylvania, in addition to his native state.

One show he hosted, “The Daily Buzz,” got syndicated to 150 cities. Brown stirred some national controversy in 2015 — Jimmy Fallon even mentioned it — when he walked off a set rather talking about the Kardashian family.

His own family, including his wife and two daughters, earns mention on the book’s dedication page, along his mother, whom he credits for his interest in state history.

With the “Illustrated Timeline,” Brown began with a list of 150 or so entries he wanted to include. Then he sought out historians and other experts in all corners of the state, listening to their input and getting additional ideas.

Big events get mentioned prominently, of course: the Civil War, the 1904 World’s Fair, the Harry Truman presidency, the great floods of 1951 and 1993, even a recent selection on the Kansas City Chiefs’ 2020 Super Bowl victory.

But lesser known and quirky items also find a place. The guy who invented the eight-track tape cartridge came from Missouri. And, in 1874, the town of Plato was founded in southern Missouri, named for the Greek philosopher and meant, said the founders, to be governed by “thinking men.”

St. Joseph has a number of pages, from the Blacksnake Hills settlement to the Pony Express to the killing of Jesse James, plus others.

Brown laments one omission … the Spanish flu pandemic of 1918. He had written a segment on this, but it got cut in the late stages of production. He considered it expendable.

“We think we’ve conquered that in our 2020 arrogance,” he said in an interview from his home near St. Louis. “We think we’re so much better than our ancestors, but what else could come back to haunt us?”

Brown hopes the book informs and entertains, but he also hopes it inspires.

“I was a small-town kid who didn’t know that I could make it,” he said. “But then you realize that people have done great things from all over the state of Missouri, small towns and big cities. … That excuse that you can’t do it because you’re from flyover country, that doesn’t cut it.”

200 years full of heroes and rogues

To get a signed copy of “Missouri: An Illustrated Timeline,” see the author’s website, www.missourilegends.com.