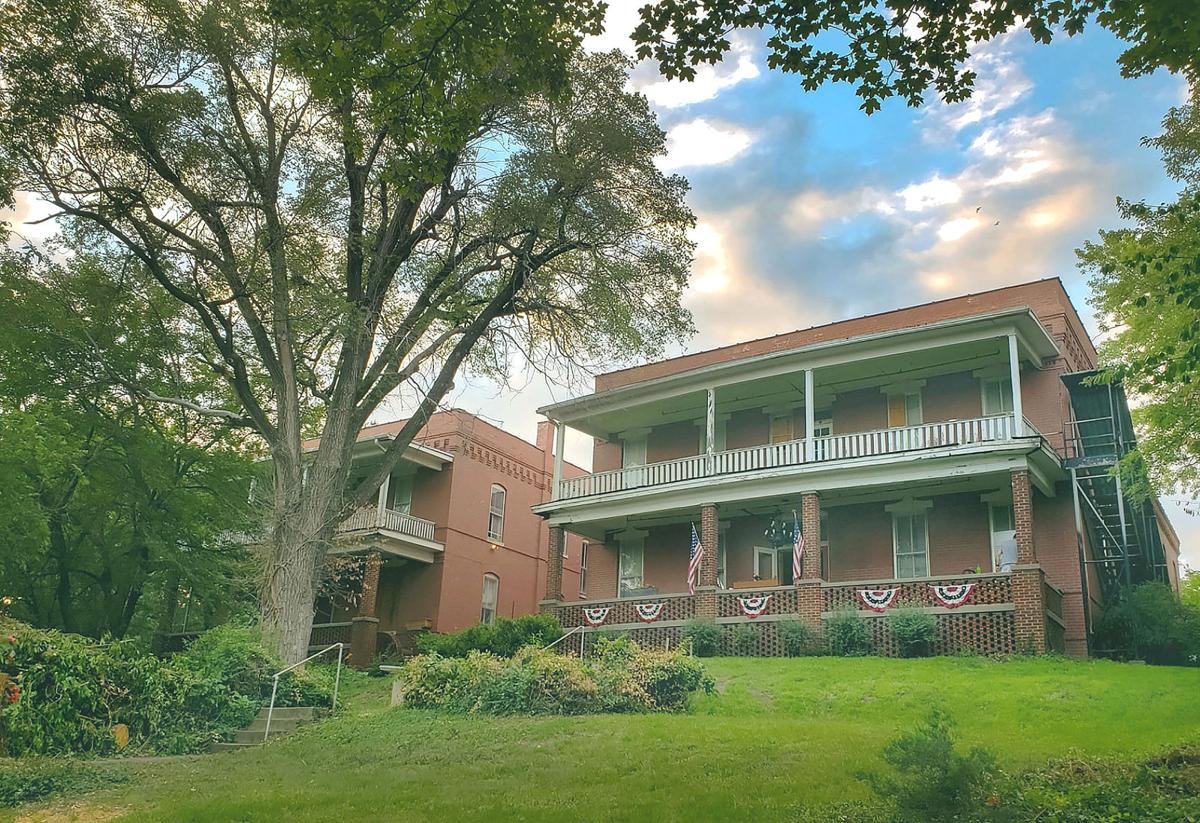 A photo of the Beattie House located at 1120 Main St. sits solemnly atop a hill. Area residents refer to the structure as the house on the hill and has been the focus of ongoing paranormal activity. 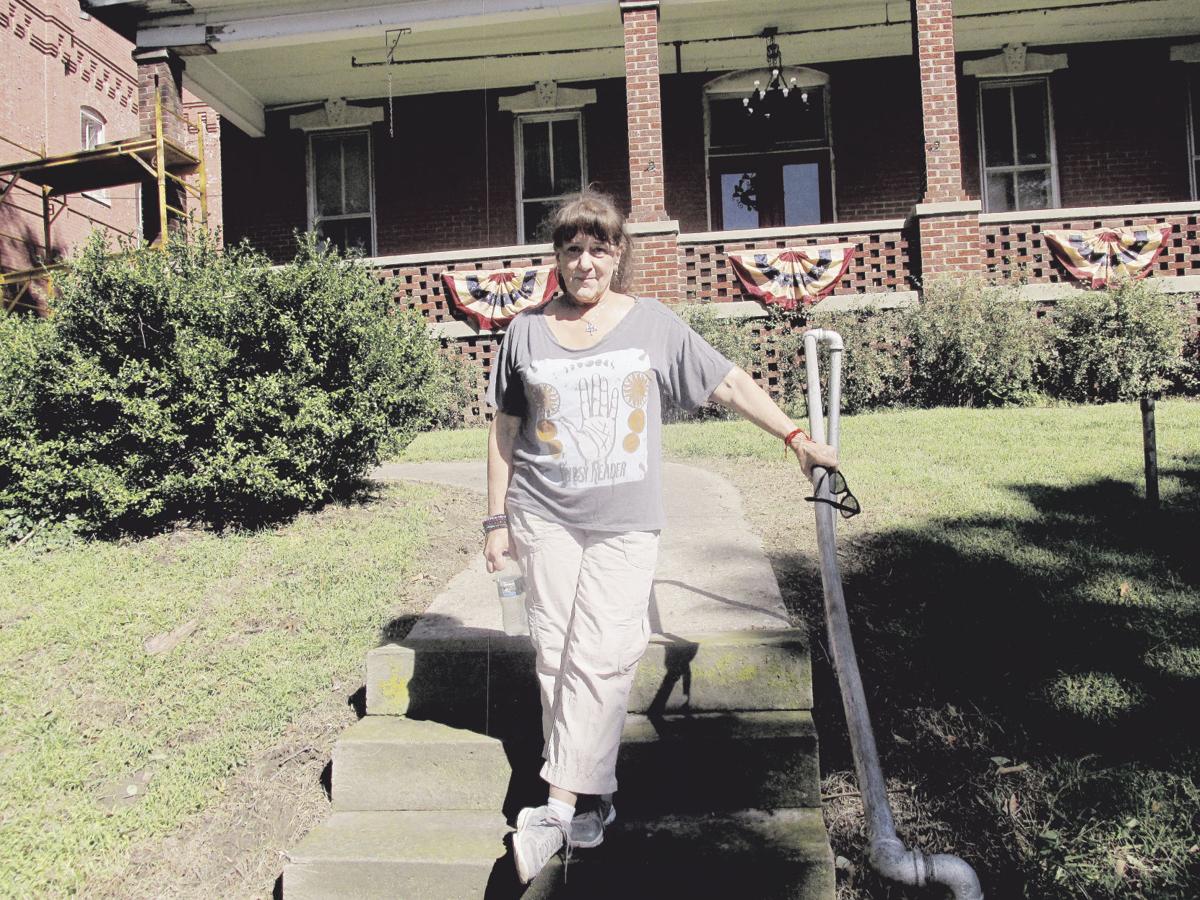 Local psychic Mary Ann Podrasky stands on the steps leading to the Beattie Mansion, which has been reported as one of the most haunted places in the area.

A photo of the Beattie House located at 1120 Main St. sits solemnly atop a hill. Area residents refer to the structure as the house on the hill and has been the focus of ongoing paranormal activity.

Local psychic Mary Ann Podrasky stands on the steps leading to the Beattie Mansion, which has been reported as one of the most haunted places in the area.

Locals call it the house on the hill, but the Beattie Mansion is also known as one of the most haunted places in the city — or perhaps anywhere else.

Siting solemnly atop a hill and surrounded by a huge rock wall at 1120 Main St., the structure has served many functions through the years. It has been a refuge for the city’s homeless, its aged and its orphaned.

Local psychic Mary Ann Podrasky believes with the mansion’s history of housing distressed souls, some of the spirit and misery of those displaced and unwanted people is left inside the structure today, manifesting in strange occurrences and events.

“It’s known to be very haunted — voices, strange photographs, odd lights, a lot of sounds. I myself have heard a lady humming,” Podrasky said.

When the Beattie Mansion was built in 1854, it was the home of Armstrong and Eliza Beattie.

Armstrong was the city’s first banker and became mayor in 1857. He was elected four more times and holds the distinction of being the only person to serve as mayor of St. Joseph five times.

Armstrong died in 1878 after a sudden bout of cholera. Eliza died two years later. Since the couple didn’t have any heirs, their home was sold to the Ladies Union Benevolent Association, where it became known as a “home for the friendless.” It provided shelter for the area’s homeless and distressed population.

In 1895, the house was converted into the Memorial Home for the Aged. In 1995, LUBA needed more modern facilities for its residents and moved the aged home to another location. After that, the building was temporarily used as a group home for the mentally ill and substance abuse addicts.

The building was sold to private owners in 2004, with plans to turn it into a bed and breakfast facility.

However, according to the Beattie Mansion website, in attempts to renovate the mansion numerous contractors experienced paranormal activity and many refused to return. They reported hearing disembodied voices and seeing shadowy figures and full body apparitions.

A paranormal team was brought in, and it found that Eliza was the most prominent spirit in the house. She is said to roam the second floor of the building guarding the halls. Also on the second floor is a room that houses at least one child spirit who has been heard laughing and yelling.

The first-floor kitchen also is a ghost hot spot with various shadowy child-size and adult-size apparitions waking through the kitchen.

The basement is reportedly the most haunted place in the building. It’s said to house a male entity who has been seen walking the hallways and laughing. That spirit reportedly likes to taunt visitors as well.

Podrasky said that people shouldn’t be concerned about evil spirits when delving onto the paranormal. The Beattie Mansion may be haunted but that doesn’t mean its evil, she said.

“This is not a place where evil is contained, it’s not a place you should fear you should have an open mind towards the history and he true facts and see for yourself,” Podrasky said.

Several ghost-hunting teams and TV shows have featured the Beattie Mansion. It is available for tours and visits to the public.

To schedule a visit to the Beattie Mansion or for general questions, e-mail beattiemansion@gmail.com.

Podrasky scheduled an 18-hour overnight stay for a group on Halloween night this year.

“If you take in the history and take in the current, I think you’ll see that the worlds do overlap,” she said.

Alonzo Weston can be reached