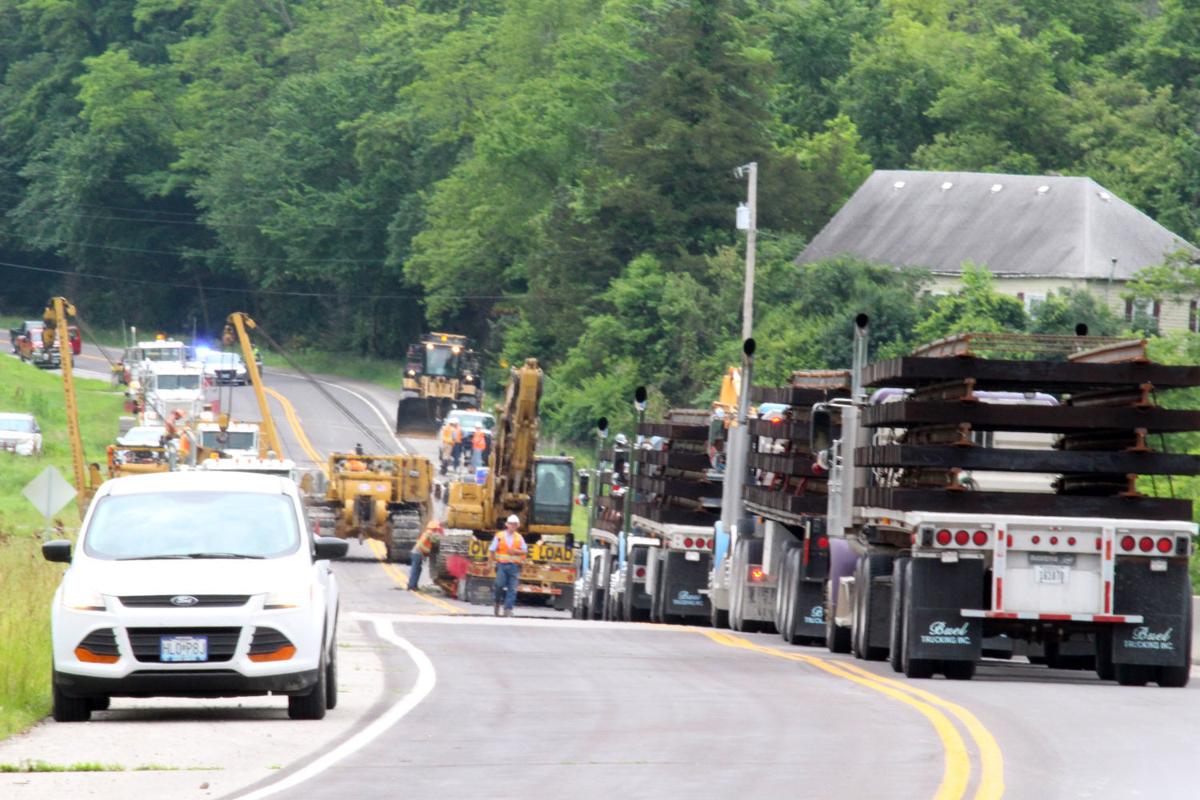 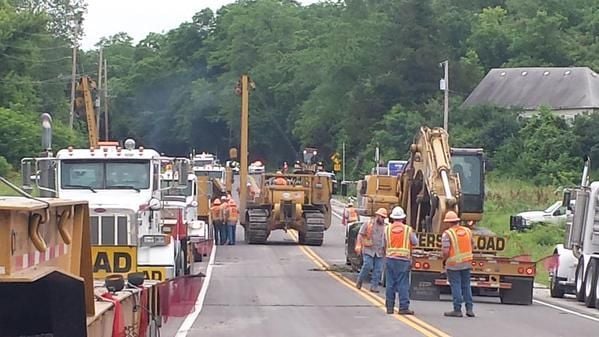 A train derailed in Andrew County early Saturday, putting a stop to railroad traffic and closing one road.

Andy Williams, with BNSF Railway, said 31 cars carrying coal derailed at about 3 a.m. Saturday. The train, he said, was headed southwest at the time of the accident. No one was injured, and the cause of the derailment is under investigation.

“They’ve got quite a mess down there,” he said of the accident. “... (Railroad crews) are working to unload equipment so that they can go down and clean it up and get their track back open so they can get the trains that are all stacked up north of here back to running again.”

Mr. Atkins said he hadn’t been to the scene yet, but BNSF and equipment officials told him it could take up to 48 hours to clear and repair the railroad.

“There will have to be track replacement done,” he said. Crews on Saturday afternoon were unloading multiple tractor-trailers of railroad ties on Route K near the scene.

Since crews will be working in the area, Mr. Atkins asked motorists to try and avoid Route K from Camp Geiger to County Road 392/275 for at least the rest of the weekend.

After a day and a half, RJ Corman Railroad Group, had the cars out of the way, wheels and axles piled up, and the coal too; trains were running again by Sunday afternoon:
efficiency at its best.

The better one is the fact that they parked a loaded tank car train across the decrepit Nodaway River bridge. The Nodaway was out of it's banks and trees were piling up on the east approach, the one that cracked from the same type of incident in 2008 or 2009. Smart bunch that BNSF.

What about Dillon Creek/Mace Creek the railroads toxic waste went into? The coal gonna rot the reason for 60 mph trains or labor costs for the greed ran railroad?

Some moving travel plans from sea to land