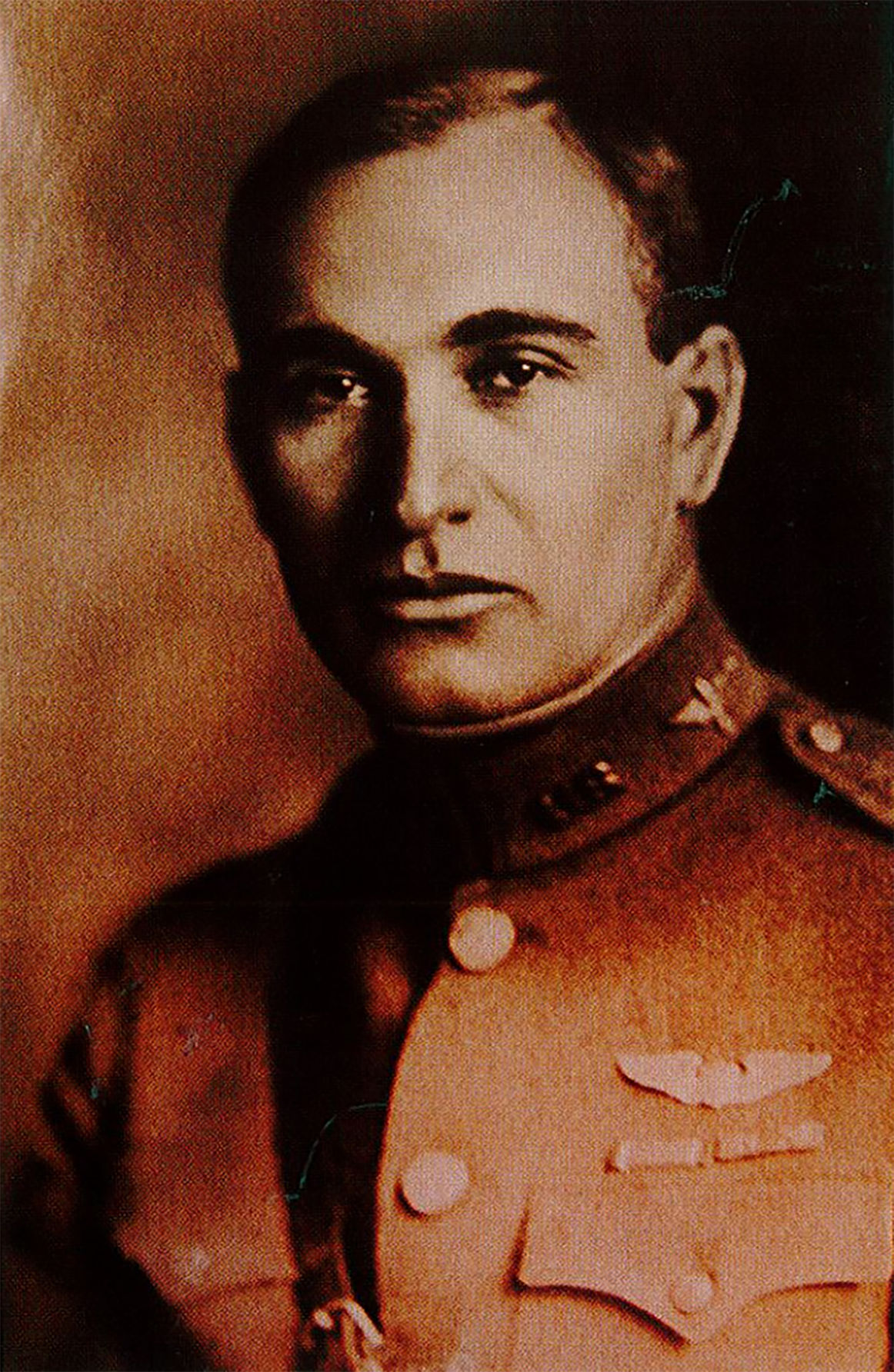 Guy Rosecrans served under the Royal Air Force’s 153 Air Squadron between February and May of 1918. 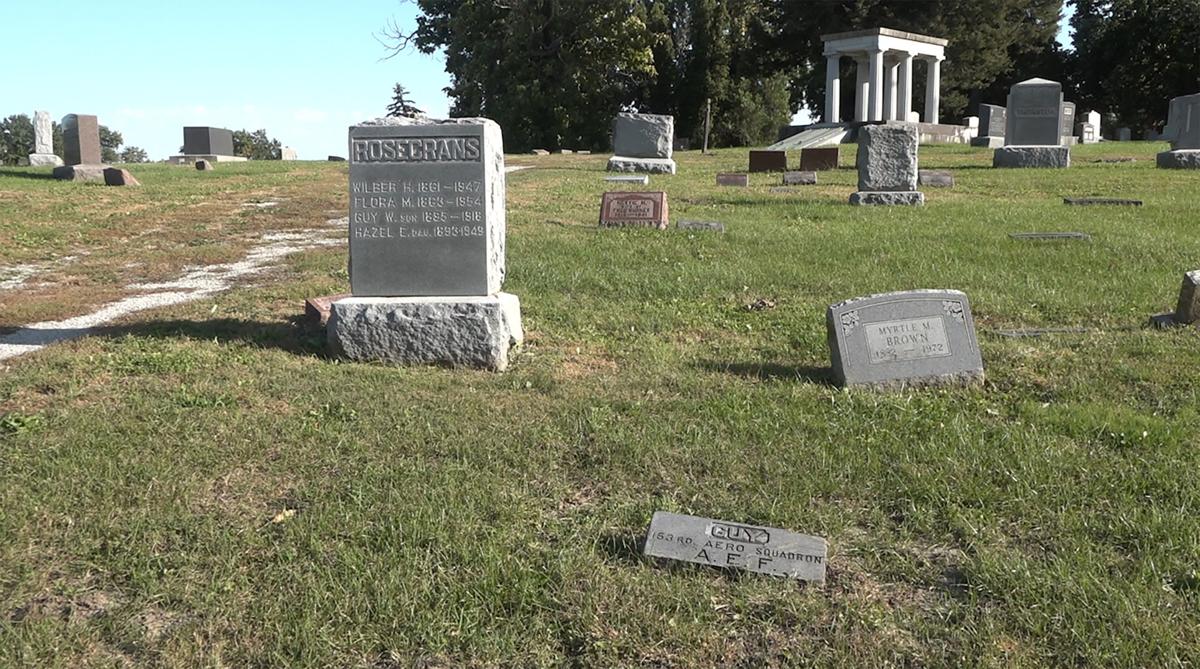 Guy Rosecrans and his family are buried at Mount Auburn Cemetery just off Beck Road in St. Joseph. 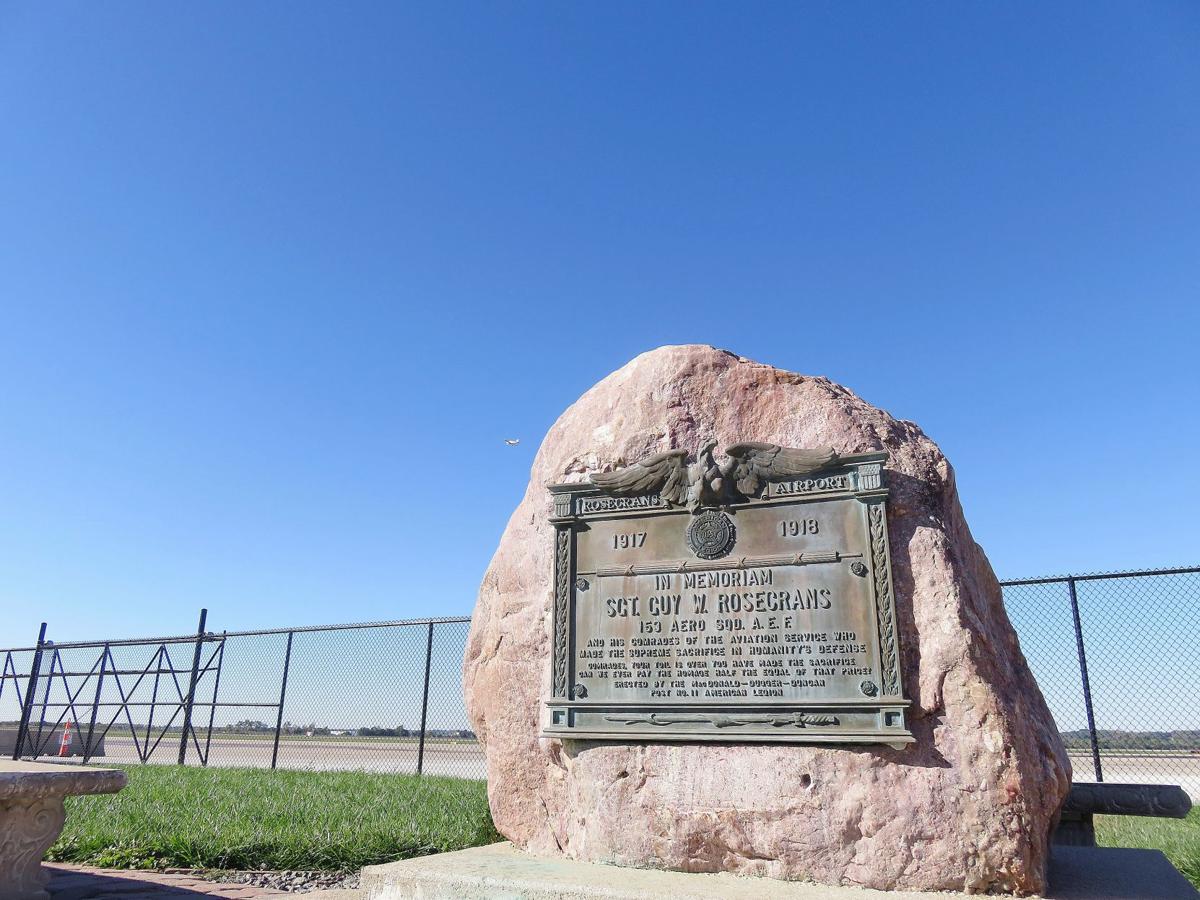 The Rosecrans Memorial granite stone has been moved to three different airport locations.

Guy Rosecrans served under the Royal Air Force’s 153 Air Squadron between February and May of 1918.

Guy Rosecrans and his family are buried at Mount Auburn Cemetery just off Beck Road in St. Joseph.

The Rosecrans Memorial granite stone has been moved to three different airport locations.

One hundred and one years ago Guy Wallace Rosecrans was buried at a cemetery in St. Jean De Monts, France. However, that was not his final resting place.

Rosecrans is believed to be the only St. Joseph airman to have lost his life during World War I. His death was an accident. He was helping a pilot start his plane by manually spinning the propeller when he met his end.

The French burial took place shortly after his death on Oct. 16, 1918.

Two years later, his body was exhumed, shipped across the Atlantic Ocean and ultimately buried at Mount Auburn Cemetery with military honors. His parents and sister are buried in the same plot.

“He went over there to fight the war for us, and for him to be laid to rest here in our community, I mean, that’s pretty neat,” said Abe Forney, general manager of Rosecrans Memorial Airport, which is named in honor of the airman.

The centennial of the 4,400-mile-long return of Sgt. Rosecrans to his home takes place sometime this year and ends on Oct. 17, 1920.

Rosecrans was born in Omaha, Nebraska, but he grew up in St. Joseph at 5022½ King Hill Ave.

“He did attend Benton High School, so that makes him a South Ender,” Chilcote said.

Rosecrans Memorial Field (which later became an airport) was dedicated in 1923 with a large granite rock. Its current location is actually the third place the airport has been located within the city.

“The first one was down by Lake Contrary Amusement Park, and then they moved it up on the north end of town at the foot of the Missouri River,” Chilcote said. “And the U.S. government, the airmail department, said that was probably the worst airport in the United States because you took off and headed right straight for the river bluffs, and so before World War II they relocated ... to the location where it is today, and that poor stone that says Guy Rosecrans has been in three different locations.”