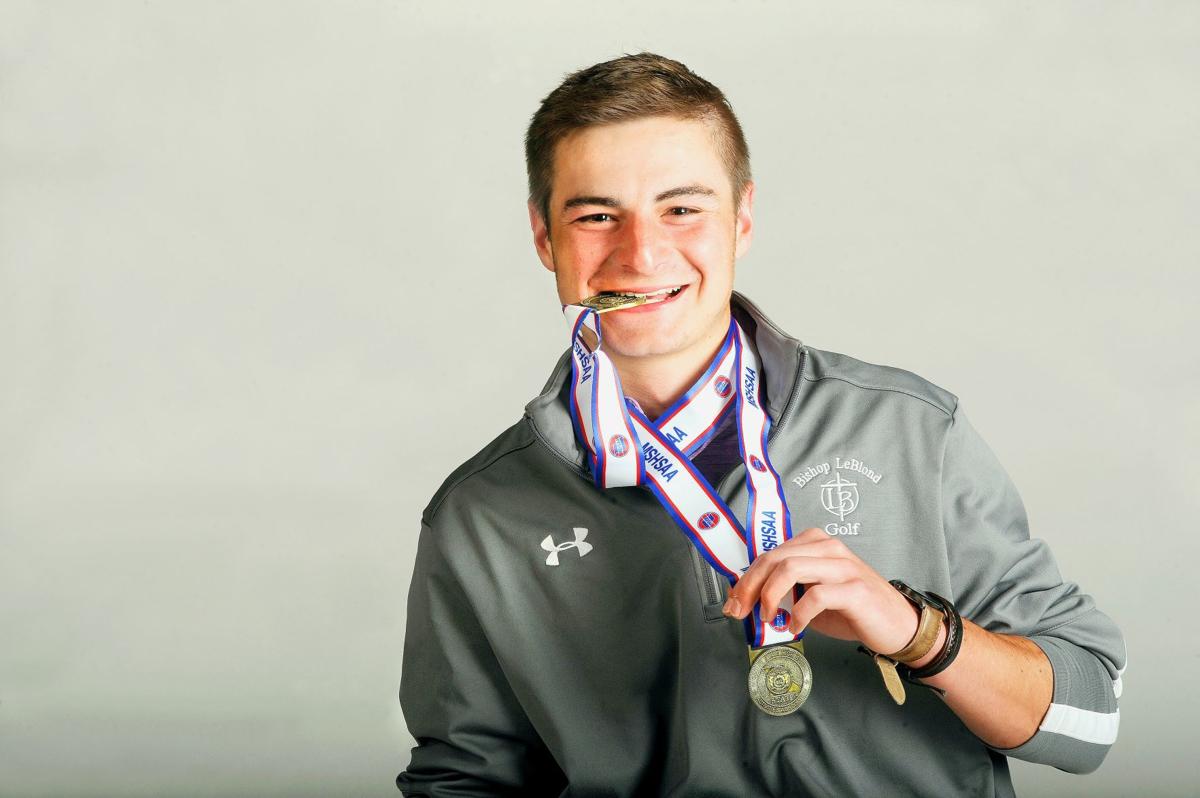 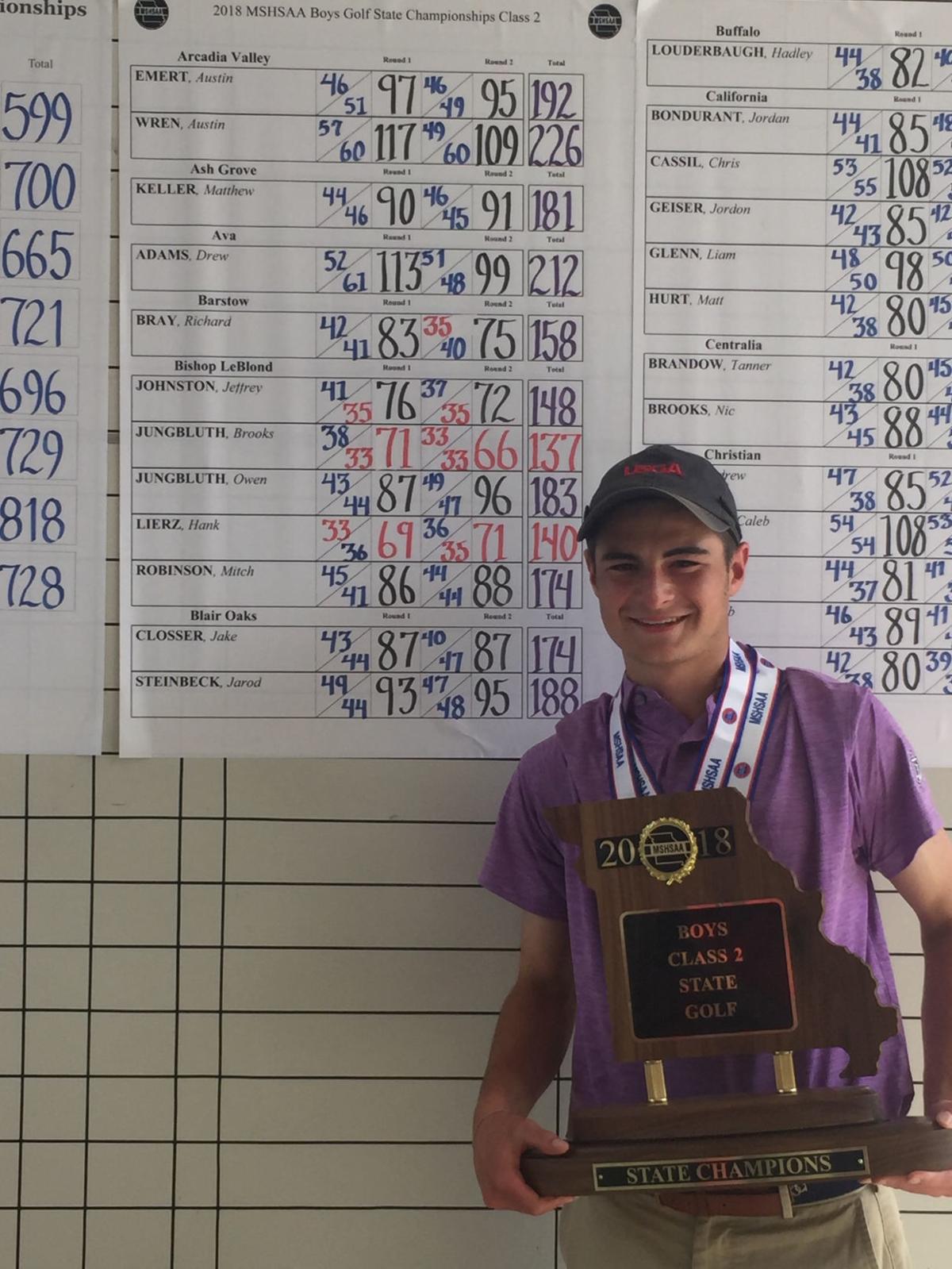 The Bishop LeBlond senior shot a 6-under par round of 66 Tuesday at Meadow Lake Acres Country Club in New Bloomfield, Missouri, to fend off his own teammates, claiming the individual championship at the Class 2 Boys Golf State Championship.

“This is the way I wanted it to end,” Jungbluth said. “For our team, for the careers that we’ve all had, to end it like this, breaking all these records, I couldn’t have asked for a better finish.”

Jungbluth (137) was followed by junior Hank Lierz (140) and freshman Jeff Johnston (148), giving Bishop LeBlond the gold, silver and bronze medals. LeBlond followed up a 302 with a 297 four-man score, sealing the program’s second state title (2016) by 66 strokes, a MSHSAA record for score difference between first and second.

It’s the third straight second-place finish for Lierz, who led Jungbluth by three strokes after Day 1.

Jungbluth, who previously finished fourth the past two years, shot his best ever individual round with his 66. He did so playing in front of his next coach at Southern Illinois Edwardsville watching him in person for the first time. He opened his round with birdies on the first three holes, finishing with six against no bogeys.

“It feels redeeming, especially last year the way it ended. I knew I wasn’t gonna end like that this year,” Jungbluth said, noting his back-9 struggles last year after leading on Day 1. “It felt like when I got that second birdie to go in, I was walking down the fairway on three and I was like, ‘This just feels like my day.’ Everything’s going right, then it was smooth sailing.”

MSHSAA records indicate the previous record was their 2016 mark of 46.

It’s the fourth time this decade a team has scored the top two medalists at state, though LeBlond is the first program in state history to claim the to three spots.

Jungbluth’s round of 66 is not only a personal best but ties an 18-hole record set by Chillicothe’s Kyle Marcolla for a par-72 course. His 36-hole total set a state record by three strokes for par-72 courses, though Rock Bridge’s Ross Steelman (136) one-upped it with his Class 4 championship Tuesday.

It’s the fourth straight top-three finish by LeBlond in Class 2, coupled with third-place finishes in 2015 and 2017.

His two state titles give him four during his career at LeBlond, coupled with the 2016 championship and a 2017 boys soccer title.

“I worked really hard, trusted myself and am beyond thankful,” Jungbluth said.

LeBlond is only the second city school to win a team title, along with Central’s four consecutive championships.

After three straight years of top-five finishes, Jett Simmons claimed a Class 1 title with a two-day score of 152. His 71 followed by an 81 held off Miller’s Presten Richardson by one stroke.

Gallatin’s 696 was enough to claim a sixth state title, including a third straight.