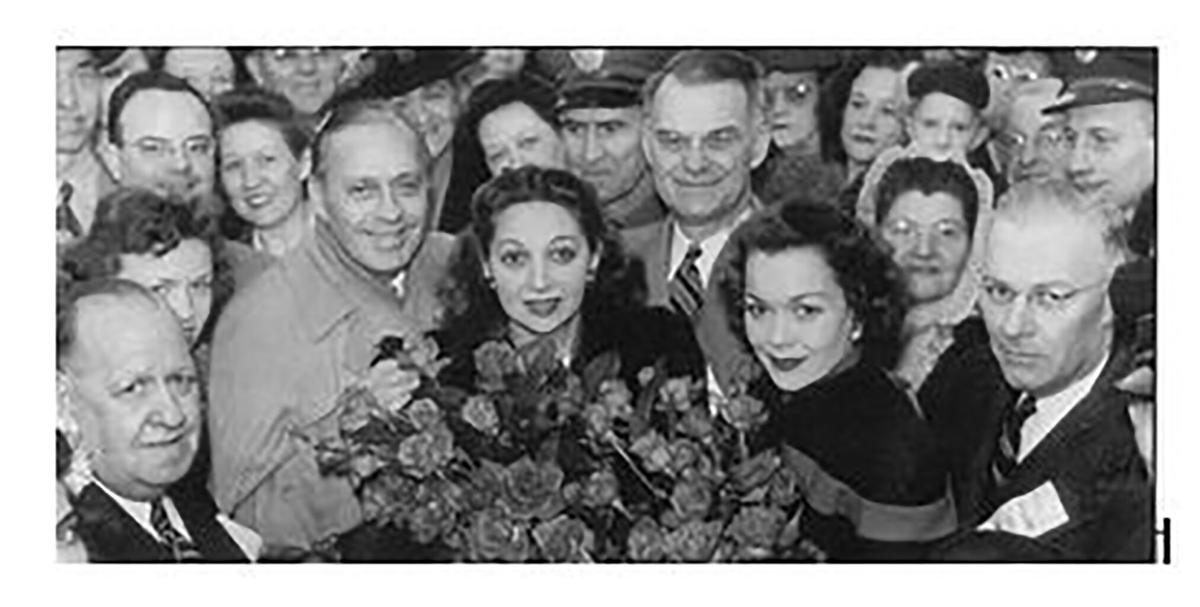 Several weeks ago I wrote a column about high school basketball games at the old City Auditorium. It’s drawn a number of responses, not only for the games, but for the venue; everyone, it seems, has a favorite memory of the auditorium.

From sporting events and concerts to wrestling matches and the circus, the old structure hosted it all between 1909 and 1985. It would be impossible to name a single event and say “This was the best.”

But if you could list candidates for that mythical honor, the Jack Benny performance on Sunday, Feb. 18, 1945, would be near the top. And it wasn’t only for the two shows he performed that night (the first of which was broadcast over NBC as his weekly radio program).

No, it was also because he was given the keys to the city by Mayor Phil Welch; he performed a show for airmen at Rosecrans Field and visited patients at the hospital there (remember, this was during wartime); he spoke to civic organizations; and he was joined on the trip by actress and St. Joseph native Jane Wyman. Some entertainers pop in and out of town in a matter of hours; Benny and his troupe were here five days.

The News-Press and the Gazette began the coverage with an editorial the Sunday before. It noted that Benny was paying the entire $20,000 cost of the trip himself, and added, “Here is a nationally important event that would make Kansas City, St. Louis, Omaha or any of our sister cities boast for weeks.”

Benny, his wife, Mary Livingstone, and Wyman arrived here by train on Feb. 15 and were greeted by hundreds of fans, along with a welcoming committee: Mayor Welch, News-Press publisher Henry D. Bradley and dance master Edward Prinz. The newspaper called Benny “the nation’s No. 1 radio and screen entertainer.”

The next day, the rest of the troupe arrived – Sidekick Rochester (Eddie Anderson), announcer Don Wilson and bandleader Phil Harris – and took part in a parade through Downtown with the top stars. Saturday was mostly spent at Rosecrans, visiting hospital patients in the afternoon and performing a show in the evening.

After all this activity, you’d almost think that Sunday would be something of an afterthought. But it was the main event. Admission to the auditorium shows was limited to those who had given blood to the war effort, and plenty of fans had done so. The house was packed.

“Don Wilson opened the show by saying jovially, ‘You all thought you’d see a fat man, didn’t you?’” the News-Press reported. “From then on, the laughter was continuous. Jack shattered the opinion that he could not be a great lover by smooching Jane Wyman until she fainted and had to be carried offstage.”

Harris and his band performed “That’s What I Like About the South,” and Benny played “Love in Bloom” on his violin. “From the wings pennies were thrown to Jack, and he eyed them on the floor as he played,” the paper continued. “‘I can’t wait any longer,’ he said, breaking off the tune and picking up the pennies.”

Much of the show revolved around the line “They love me in St. Joe,” which Benny had repeated so often over the years that it became a part of his act. It originated from a trip he made here in 1916 with a vaudeville troupe, when he got a good reception after playing his violin.

Indeed, we loved Jack Benny in 1945. Thanks to DVDs and old radio tapes, we still can.

Postcards from the Past: Hoof and Horn

Justice was swift in the Greenlease case