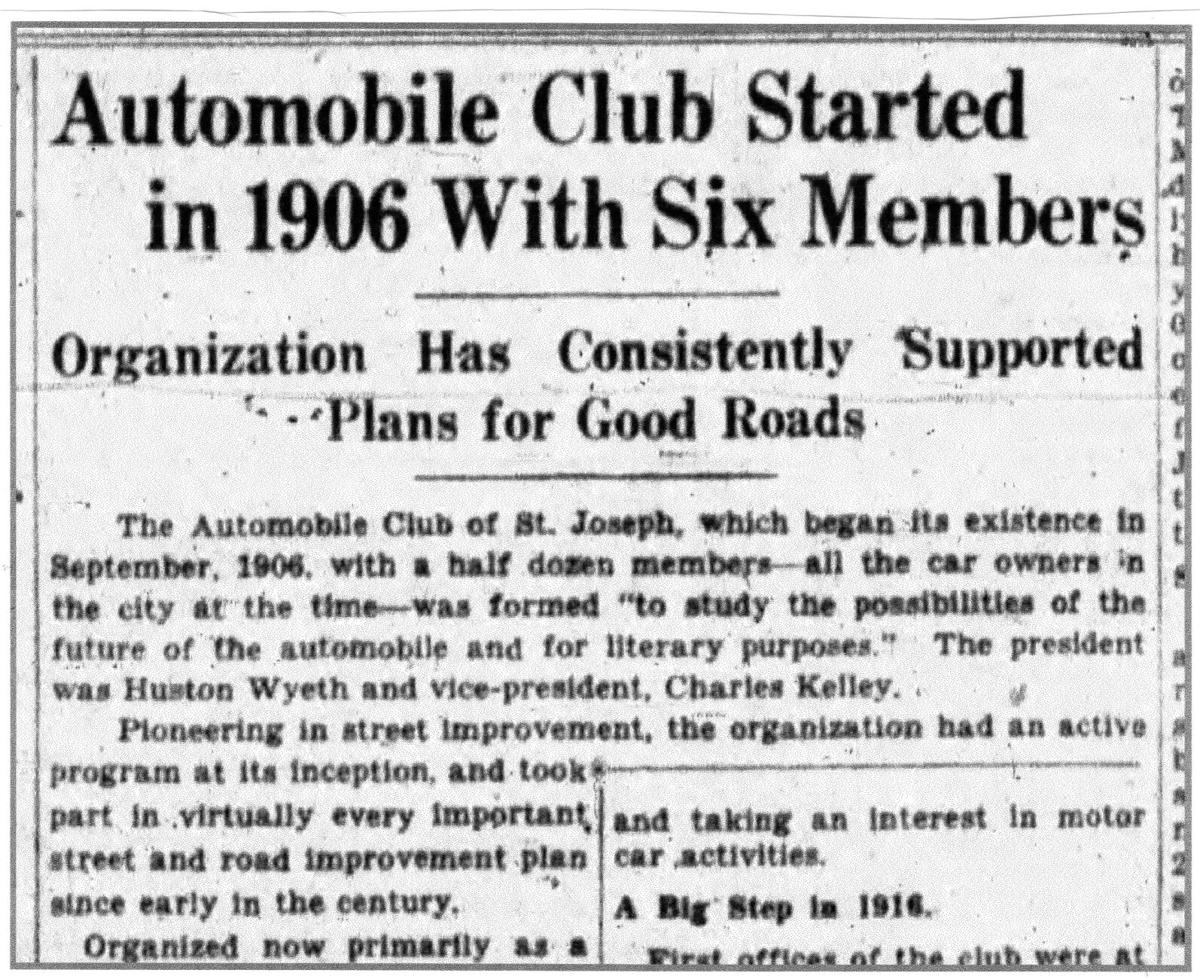 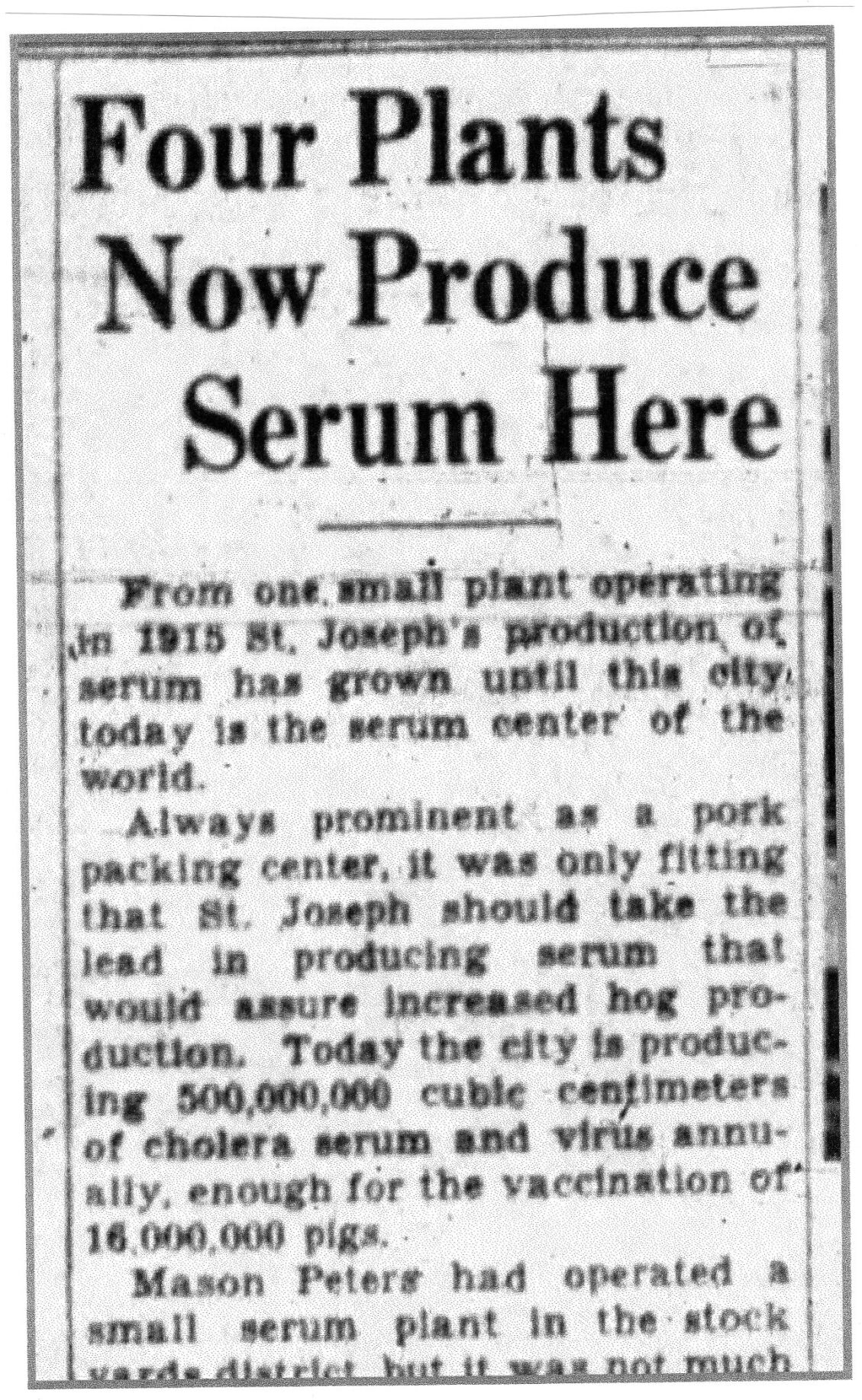 Should anything happen to me, and my editors turn this column over to someone else, just give that person a copy of the News-Press’ Centennial edition from July 25, 1943.

It will keep him or her in story ideas for a month. At least.

I ran across this issue recently, celebrating the 100th anniversary of St. Joseph’s founding, and I was struck by how strongly it resembles the old Progress editions of, say, 40 years ago. A whopping 116 pages, lots of full-page ads and oversized photos and stories ranging from long, detailed pieces to two-paragraph shorts. Here’s a look:

Remember, 1943 was 15 years or so before the Interstate system began, yet roads were recognized as vital to the area. “St. Joseph Is Center of Important Network of Highways,” one headline read, with the story noting that Highways 36, 71, 59, 275 and 169 link the city with not only different parts of the state but the country as well.

It was pointed out that the Automobile Club of St. Joseph had started in 1906 with six members and had been instrumental in financing projects. As one example, the club raised $20,000 for the first paving between St. Joseph and Troy, Kansas.

“A super-highway, with four lanes of pavement, has been started between the Buchanan County line and Savannah on Highway 71,” the article continued. “Ultimately the four lanes will come all the way into St. Joseph.”

The first streets established by Joseph Robidoux, all emanating from the Missouri riverfront and heading east, were named for his children: Faraon, Jule, Felix, Edmond, Charles, Sylvanie and Messanie. Angelique, just north of Messanie, was named for his wife, and Robidoux, north of Faraon, was named for the founder himself.

“The town was designed to grow north and south,” the story read. “It went east.”

Food processing was a big deal in St. Joseph in the 1940s. Quaker Oats was so influential that it was given two stories in the issue, as well as the back page. And Jersey Cereal, though a small company, employed 150. That’s nothing to sneeze at.

But industry embraces many fields. “The name Country Club has become synonymous with the finest in beer,” proclaimed an ad for the Goetz Brewing Co. “One of the city’s most outstanding firms” was used to describe the Wyeth Co., which dealt in wholesale hardware. The Western Tablet & Stationery Co. (Westab) was praised as “the world’s largest tablet manufacturing plant.”

And animal serum, still a prime concern in town today, was being produced by four companies. One plant “was not much of a success when True Davis and E.A. Poe took it over in 1915,” we reported. “Expansion after expansion followed, and recently that firm — known as the Anchor Serum Co. — announced another $10,000 addition.”

Readers of the edition were greeted with a Page One letter from President Roosevelt to Mayor Phil Welch, in which the president noted historical highlights of our city, and ended with a nod to the fact that, indeed, we were in the midst of World War II: “I know that St. Joseph, which already has given much in this war, will remain unwearied in patriotic activity until victory is achieved.”

Still to Come: Our tribute to the Centennial Edition continues, with a look at the city’s parks, the livestock and meat-packing industries and Downtown shopping.

Rain will continue for the next 36 hours leading into Friday morning.