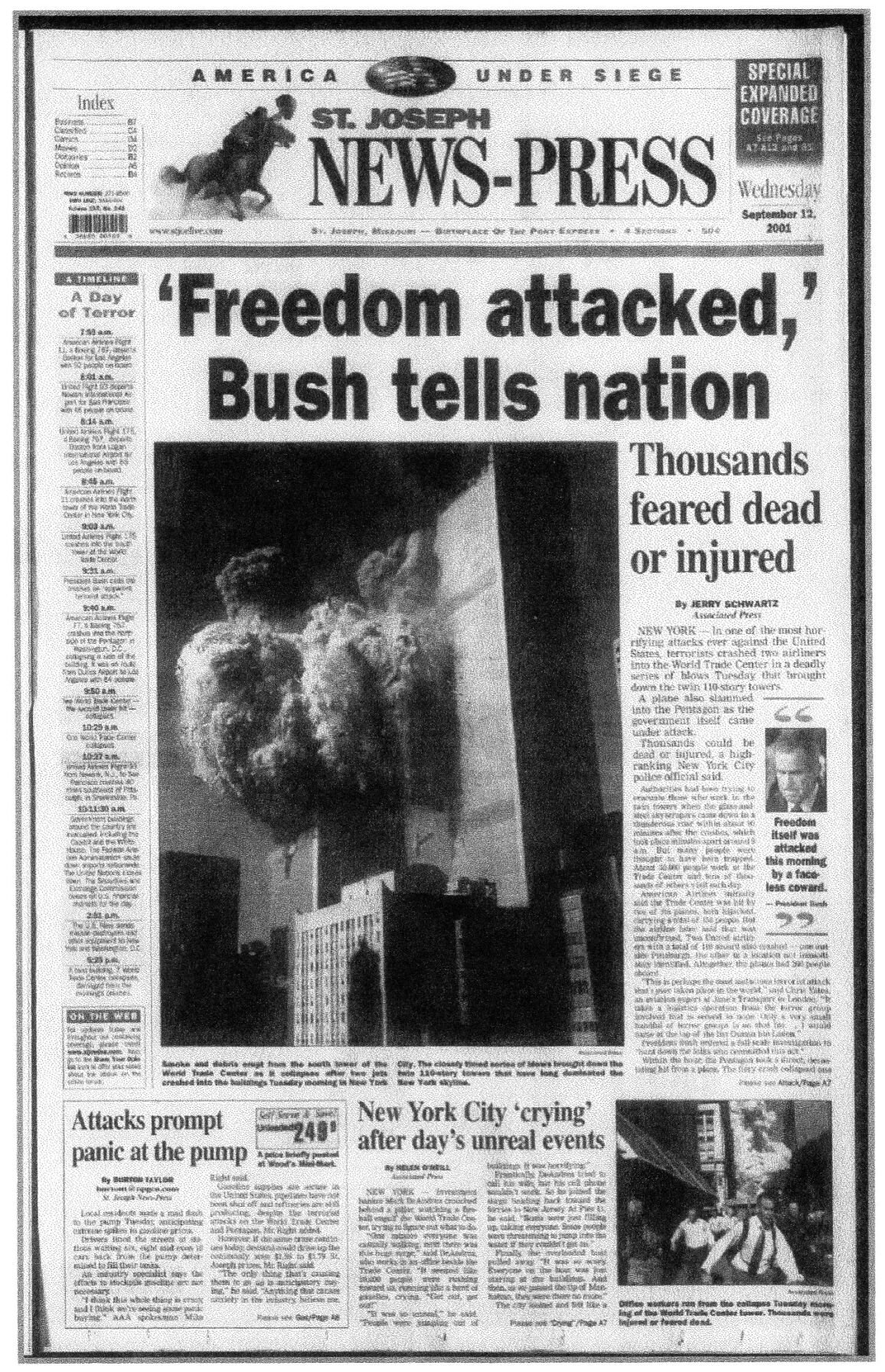 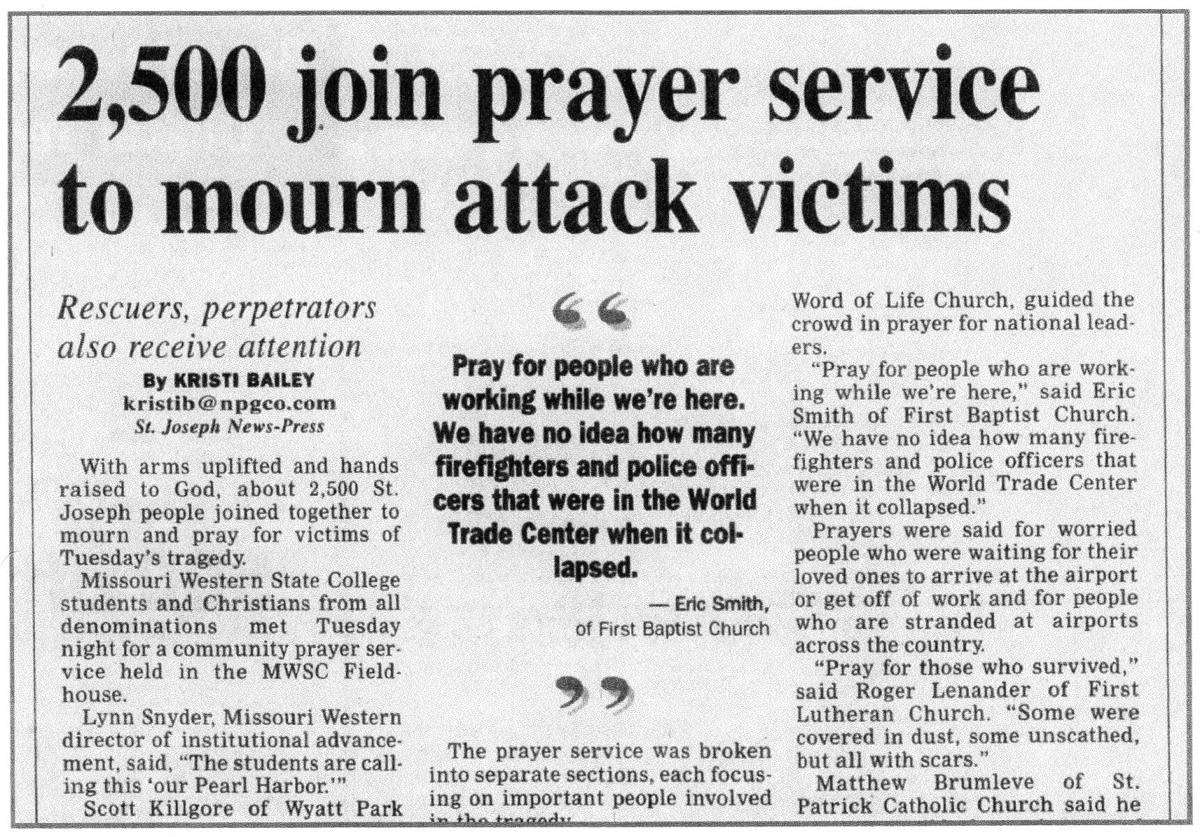 I was working on the News-Press copy desk then, a job where you collect stories and photos, write headlines and place them on the page. Our normal hours were 3 to 11 p.m. But this was Sept. 11, 2001. This day would be different.

When the call came at mid-morning from Michelle Phelps, our office manager, I wasn’t surprised. Like so many others, I had been watching the horrible events from New York and Washington unfold on TV.

“Terry, can you come in about noon? We’re planning a big paper for tomorrow.” Of course, I can. This was a day I wanted to come in early, anyway.

I arrived to find that City Editor Steve Booher had sent all the reporters out to cover different aspects of the tragedy, and that the morning staff had published an “Extra” edition announcing the attacks. I joined my fellow staffers on the copy desk and we began our task.

We started by filling the wire pages with stories and photos from the Associated Press — there were a ton of them — and little by little the local stories trickled in: Marshall White wrote about how Air Guard units and St. Joseph police were on alert, just in case; Burton Taylor had a story on “panic at the pump,” or long lines at gas stations; Greg Kozol talked to local folks trying to contact family members in New York.

“I think everyone is in a state of disbelief,” Bode Middle School principal Don Lentz told Meredith Hines-Dochterman, who was writing a schools reaction story. Added Terry Pritchett, principal at Parkway Elementary: “It certainly is a teachable moment, if not a positive one.”

In other stories, Robyn Davis noted that travel agencies were bracing for cancellations; Scott Pummell, in Jefferson City for a special legislative session, quoted Gov. Bob Holden on the decision to keep state offices open; and Kristi Bailey covered an evening prayer service that drew 2,500 people.

“Confusion and desperation reward the terrorist,” it read. “We are a civilized nation that must respond in a civilized way. We will find the people behind these crimes.”

The editors met in the late afternoon to discuss the lead story and photo. Although the News-Press always has prided itself on being a local newspaper, today understandably would be an exception. The top item would have to come out of New York and Washington.

“‘Freedom attacked,’ Bush tells nation” our Page One headline read, with the subhead, “Thousands feared dead or injured.” The story told of the planes slamming into the World Trade Center towers and the Pentagon and included quotes that made you think: “This is the second Pearl Harbor,” Nebraska Sen. Chuck Hagel said.

Our coverage wasn’t limited to major stories. We ran a timeline of events, collected on-street quotes from 16 residents and had several news briefs (i.e., a River Bluffs Regional Library committee meeting was rescheduled).

Even an “It’s Your Call” reader got in on the act: “What happened at the World Trade Center puts in perspective all the petty bickering that goes on in this town … from one part of town to another, one family to another. God wants us to love each other.”

I don’t often agree with “It’s Your Call” items, but this one sounded good to me.