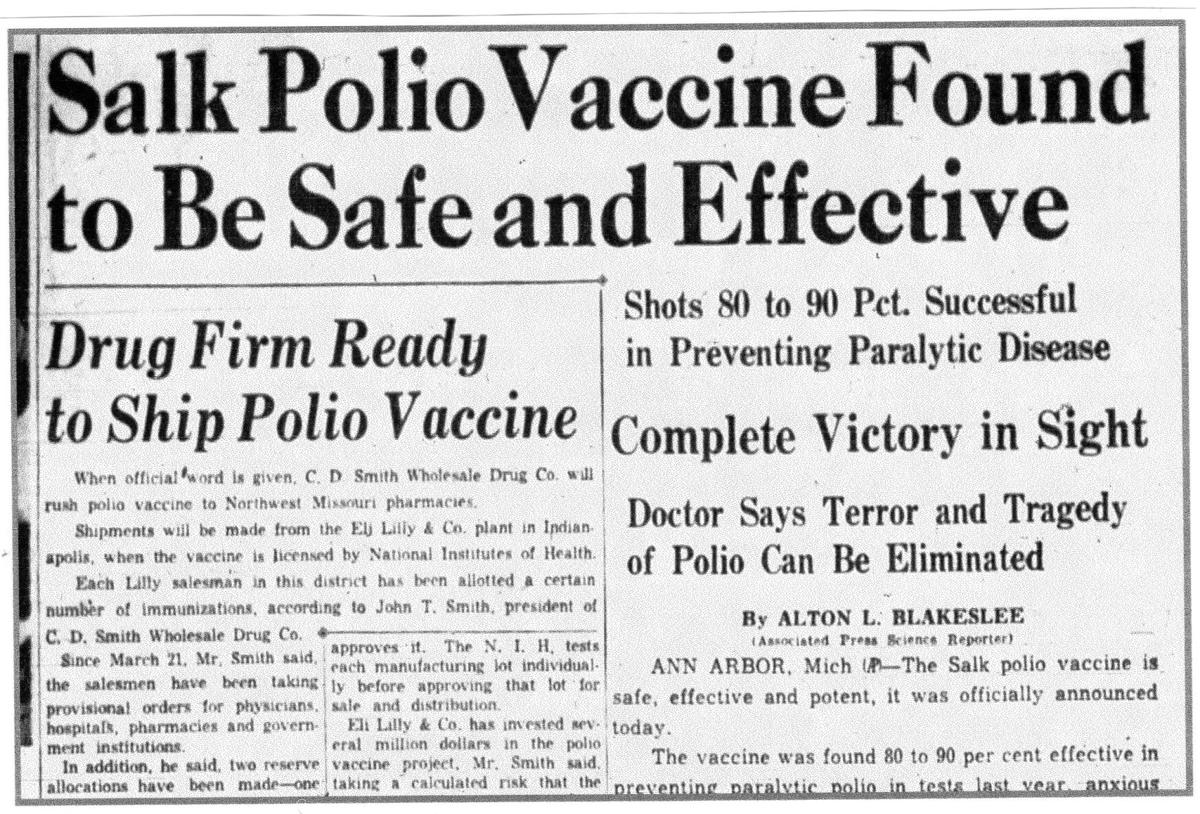 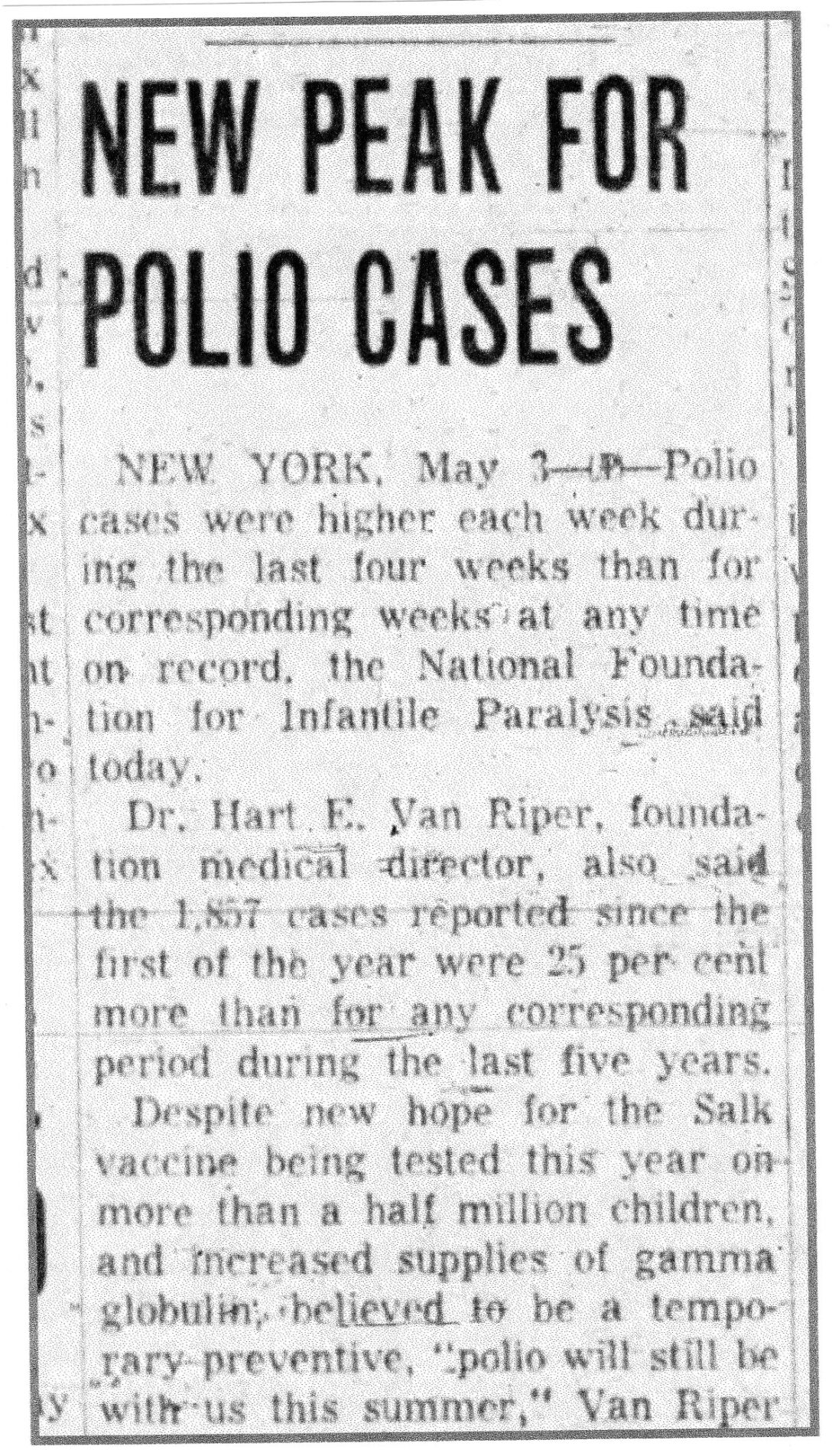 My aunt Ruth Zagrodzky died from polio in 1951, the year I was born. Her obituary in the News-Press noted she had been in an iron lung for several months.

And in my early years, mom and dad would talk about how lucky we all were that there now was a vaccine to protect us from the dreaded illness. “Sad that it came too late for Aunt Ruth,” mom would say.

I was vaccinated against polio as a child (more about that in a minute), as were my friends, cousins and classmates. I always assumed everyone was.

“The polio vaccine developed by Dr. Jonas Salk has proved to be nearly 100 percent effective, and yet a majority of people living in St. Joseph have not taken advantage of it and are just as susceptible to the disease as before,” reporter Gary Chilcote wrote in the Gazette on Dec. 5, 1956.

Two years before, the National Foundation for Infantile Paralysis had announced that 1,857 people contracted polio in the first four months of 1954 — a 25% increase. Polio had been on the rise in recent times, and had claimed 3,145 lives in 1952.

But there was hope on the horizon.

After years of research, Dr. Salk unveiled his vaccine in 1954. “The vaccine is made from killed polio virus,” the News-Press reported. “Salk said the vaccine can create, to a person’s blood stream, high amounts of antibodies against the virus.”

Six months later, the News-Press announced that the C.D. Smith Drug Co. had been selected as the official distributor of the vaccine in this area. President John Smith said salesmen for Eli Lilly, maker of the drug, were taking orders for physicians, hospitals, pharmacies and governmental institutions.

And nine months after that, I was among the thousands of children given the shot in the first mass inoculation of the vaccine in this area. The News-Press published the schedule, with the shots given at four clinics around town. As a kindergarten student at Neely that year, I received my vaccine at Patee Hall.

Dr. Robert Kieber, city health director, estimated 18,000 public and parochial students eligible for the shots, but you had to have mom and dad’s permission. My parents always stressed the importance of vaccines, so of course I got one.

Mom and dad’s attitude, however, apparently was different from that of many St. Joseph residents, as Chilcote’s story attested. And over the next several years, News-Press and Gazette editorials took our citizens to task over that:

From 1957: “The public must be sold on the absolute necessity of the program … Many have taken the shots; many others need to get them.”

From 1958: “Vast quantities of vaccine are going stale, while many need it but won’t act to get it.”

From 1959: “On this subject, the public school systems are more conscientious parents than the actual parents.”

From 1960: “Warm weather gives us a lassitude to put things off. Don’t do this with polio vaccine shots. Start getting this preventive insurance now.”

Compare this to the overwhelming desire for the COVID-19 vaccine today, and it’s striking. Yet people will tell you there is no comparison, since polio largely struck children and was not as deadly.

That may be true. I keep thinking, though: What if Dr. Salk had developed his vaccine 10 years earlier, in 1944? I and my classmates would have gotten the shots whenever, so it would not have affected us.

But it certainly would have made a difference to Aunt Ruth.