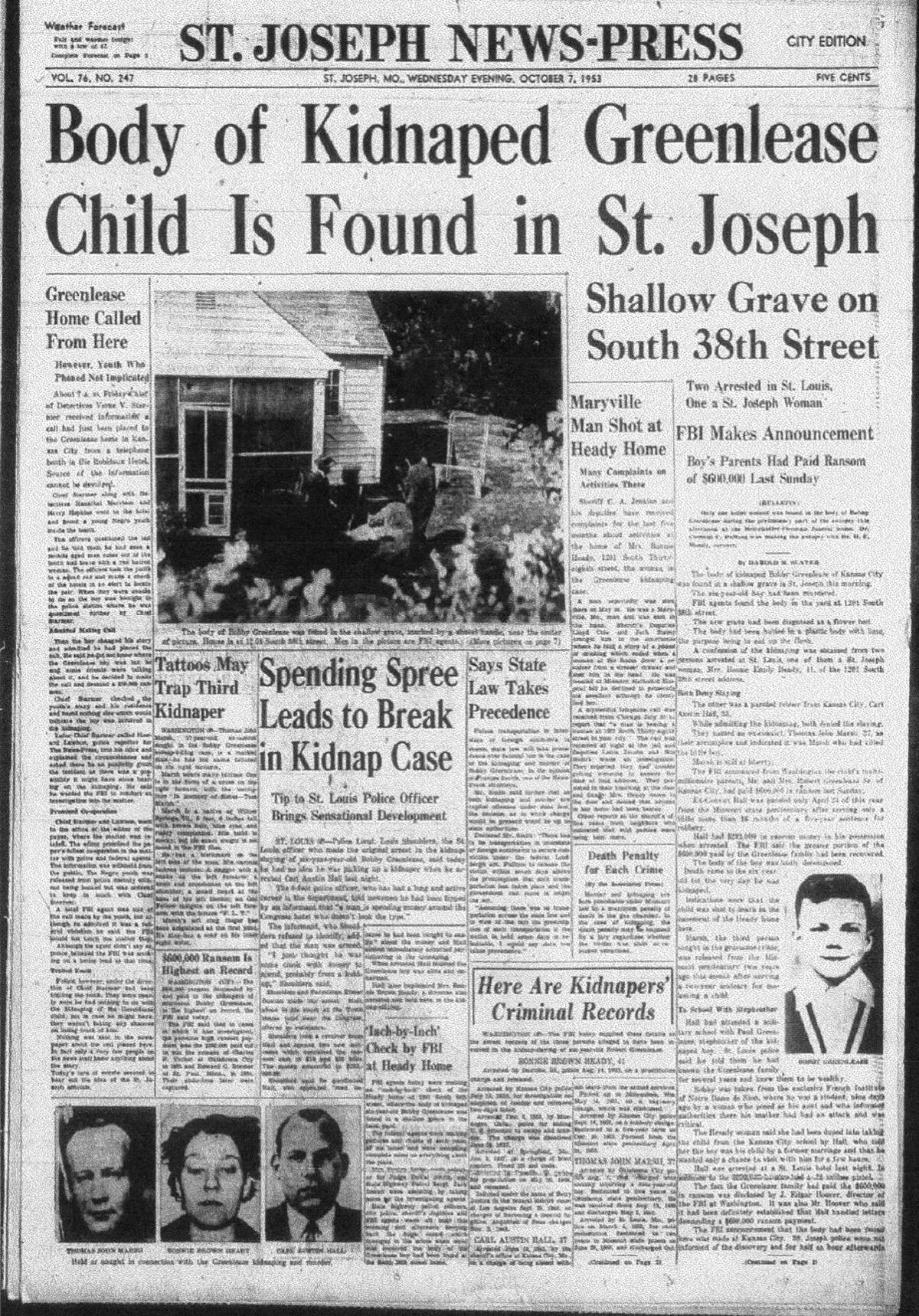 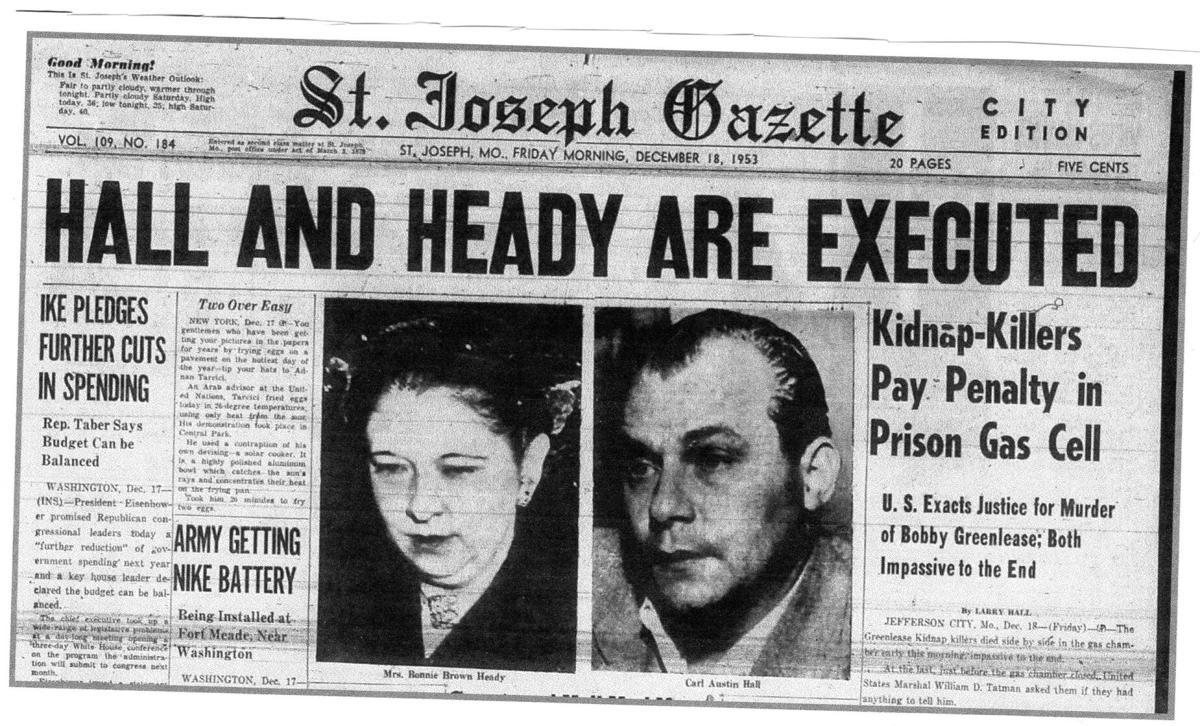 Harold Slater, my former city editor, called it “the most bizarre, fiendish and vicious crime with which St. Joseph had ever been associated.” The News-Press and the Gazette gave it extensive coverage in a way the papers seldom have done, before or since.

It was the kidnapping and killing of little Bobby Greenlease, and it occurred 67 years ago this week. The perpetrators, Carl Hall and Bonnie Heady, were caught, sentenced and executed in less than three months.

Swift justice, indeed. But remember, this was 1953.

Here’s a quick rundown of the case:

Hall, an ex-convict, and his paramour, Heady, drove to Kansas City on Monday, Sept. 28, 1953, and kidnapped Bobby, the 6-year-old son of a wealthy K.C. auto dealer. The boy was taken across the state line and killed. The pair brought the body back to St. Joseph and buried it in Heady’s backyard at 1201 S. 38th St. They then contacted the Greenlease family and demanded $600,000 in random, telling them the boy was alive.

After acquiring the money, Hall and Heady headed to St. Louis, where they got into a fight and Hall stormed out. He hired a cab and began throwing cash around recklessly, which raised the suspicions of his driver, who alerted police. Hall was caught, questioned, and he and Heady were charged on Oct. 6.

Because kidnapping is a federal offense and Bobby was killed in Kansas, the pair were charged in U.S. District Court. They stood trial on Nov. 19, pleaded guilty and were sentenced to death. They died together in the Missouri gas chamber on Dec. 18.

Looking back over all this, I particularly notice one thing: THEY PLEADED GUILTY. I don’t know about you, but I’m amazed at all the times people are caught red-handed for a crime, yet plead not guilty. Doesn’t anyone admit their guilt anymore?

Indeed they do, said Dan Kellogg, presiding circuit judge, who has heard his share of guilty pleas in 25 years on the bench.

“Most defendants who plead guilty have a conscience and realize they were in the wrong,” Kellogg said. “Sometimes there’s a plea agreement worked out, or they think that if they plead guilty, a jury will go easier on them.”

That certainly was not the case with Hall and Heady, who received the ultimate punishment. Heady, in fact, is one of only two women executed by federal authorities (the other was Ethel Rosenberg).

The News-Press and the Gazette covered the story extensively. The discovery of the body, the arrest of the suspects, the sentencing and the execution all drew front-page banner headlines, long, detailed stories, sidebars (related articles) and multiple photos.

For instance, the day the body was discovered, Harold Slater (who was courthouse reporter at the time) wrote the main story, and other staff contributed also. The result? Every story on that front page — 10 in all — dealt with the Greenlease case.

Although Hall never showed remorse for the crime, Heady was apologetic. A News-Press story shortly before the execution said she was working on a book explaining her mistakes in life and trying to make amends. She didn’t have time to finish it.

However, she did write a letter to the Greenlease family, which read in part: “I would give anything if I could go back to that Sunday in September and erase everything that has happened since … I never realized Bobby would be such a sweet boy until it was too late … I hope as time goes on, it will help heal your hurt and that you find peace …”