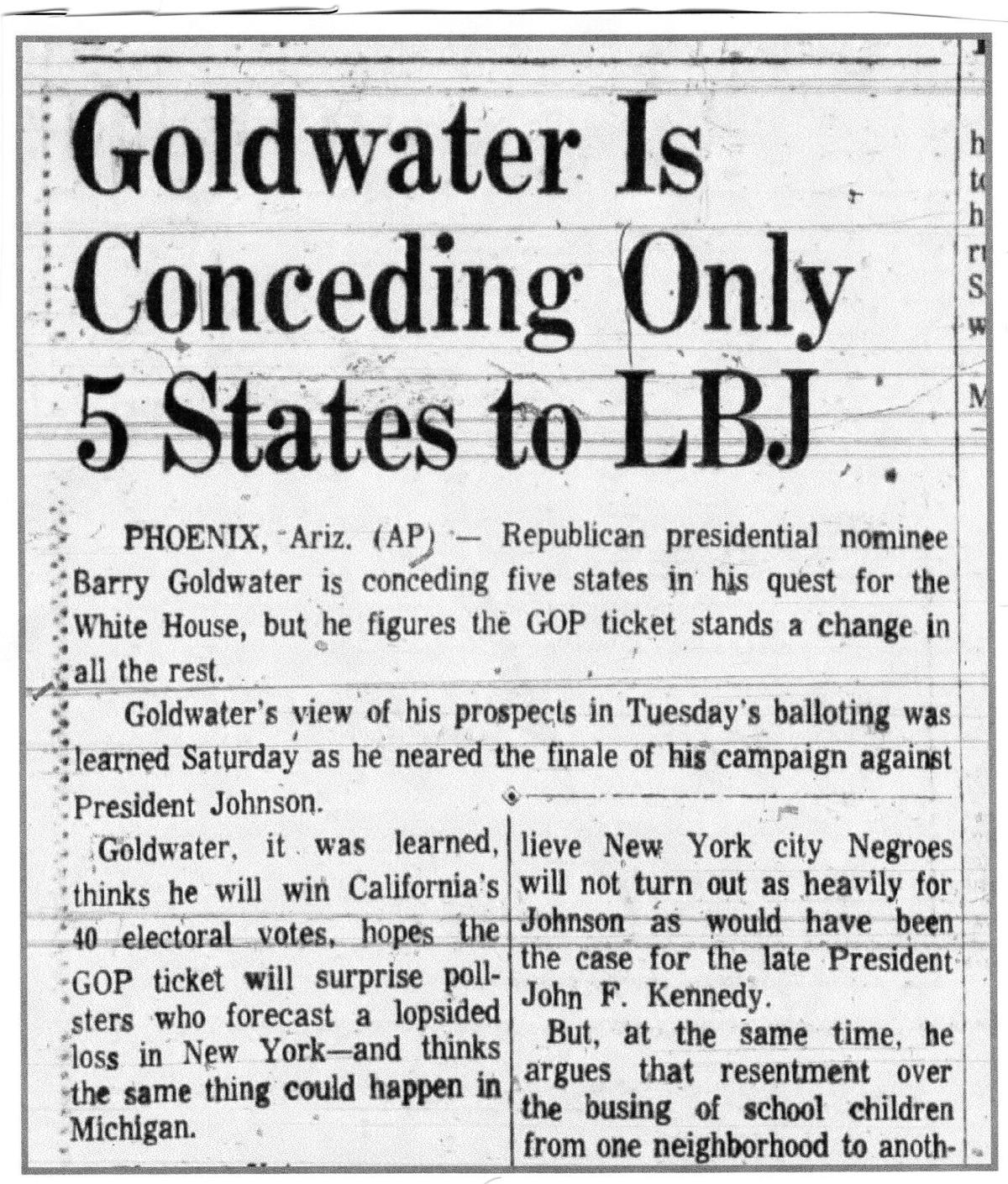 Today’s column may draw cries of “Unfair!” from some readers. It deals with presidential candidates who make wild boasts and how crazy they sound now, in light of the outcomes.

In other words, we know who won — it wasn’t them — and by how much. So yes, that puts us at an advantage.

But it’s still fun to take a look.

The idea for this column came from a Gazette headline during the 1952 election campaign, “SAYS ADLAI WILL WIN IN LANDSLIDE.” I saw that and thought, hmm, I know the political parties have changed in 70 years, but we’re supposed to believe that a liberal Democrat like Adlai Stevenson will defeat — in a big way — a Republican war hero like Dwight Eisenhower?

“At his news conference,” the story read, “campaign manager Wilson Wyatt ticked off one state after another that the Democrats are counting as in the bag.” Two notable holdouts were Maine and Vermont, the only states that Franklin D. Roosevelt failed to carry in 1936.

Well, there was a landslide all right, but it wasn’t for Stevenson. Ike won 55% of the popular vote and a whopping 83% of the electoral vote in a solid trouncing of the Illinois governor. All the states Stevenson won were in the South — a Democratic stronghold at the time.

Speaking of landslides, there was another one in 1972. Incumbent President Richard Nixon made mincemeat of Democratic challenger George McGovern, chalking up 60% of the popular vote and winning every state except Massachusetts and Washington, D.C.

Didn’t McGovern get some inkling beforehand that there were problems? Yes, but to acknowledge it is another matter.

“POLL WRONG, CHARGES McGOVERN,” proclaimed the Gazette headline on Nov. 1 of that year. It referred to the fact that the South Dakota senator didn’t believe a Louis Harris poll saying Nixon had a 28-point lead in the race.

“We’re more convinced than ever that the people of this country will demonstrate that they will not be dictated to by the polls or anything else,” McGovern told a crowd in Syracuse, New York. Talking to reporters afterward, he said the poll was “another inaccurate piece of information which we will have to disprove.”

Hope springs eternal, I guess. And that trait apparently guided Barry Goldwater during the 1964 campaign as well.

“GOLDWATER IS CONCEDING ONLY 5 STATES TO LBJ,” the News-Press headline read on Nov. 1 of that year. “Goldwater argued the Republican ticket can be counted out only in Massachusetts, Rhode Island, Connecticut, Hawaii and Alaska,” the story read. “He has said it will take the biggest political upset of the century to beat President Johnson — and repeatedly has forecast he will do it.”

His forecasts were a little off. Johnson won 61% of the popular vote, the largest margin in any presidential race since 1820. I remember this because I was in grade school and we were just beginning to study politics (I was in college for Nixon-McGovern).

One of my starkest election-day memories at the News-Press occurred in 2000, when I was working on the copy desk. Early results had Al Gore with a fairly sizable lead, and I remember Executive Editor Dennis Ellsworth and Bridget Phillippe, the news editor, trying out different headlines — all of which mentioned Gore.

But George Bush rallied, and then the Florida vote came in, with something called “chads” playing a major part. No, Gore didn’t win after all.

So you just never know what’s going to happen in an election. Sometimes all the signs point to one person as the clear winner, and yet, the other candidate wins.