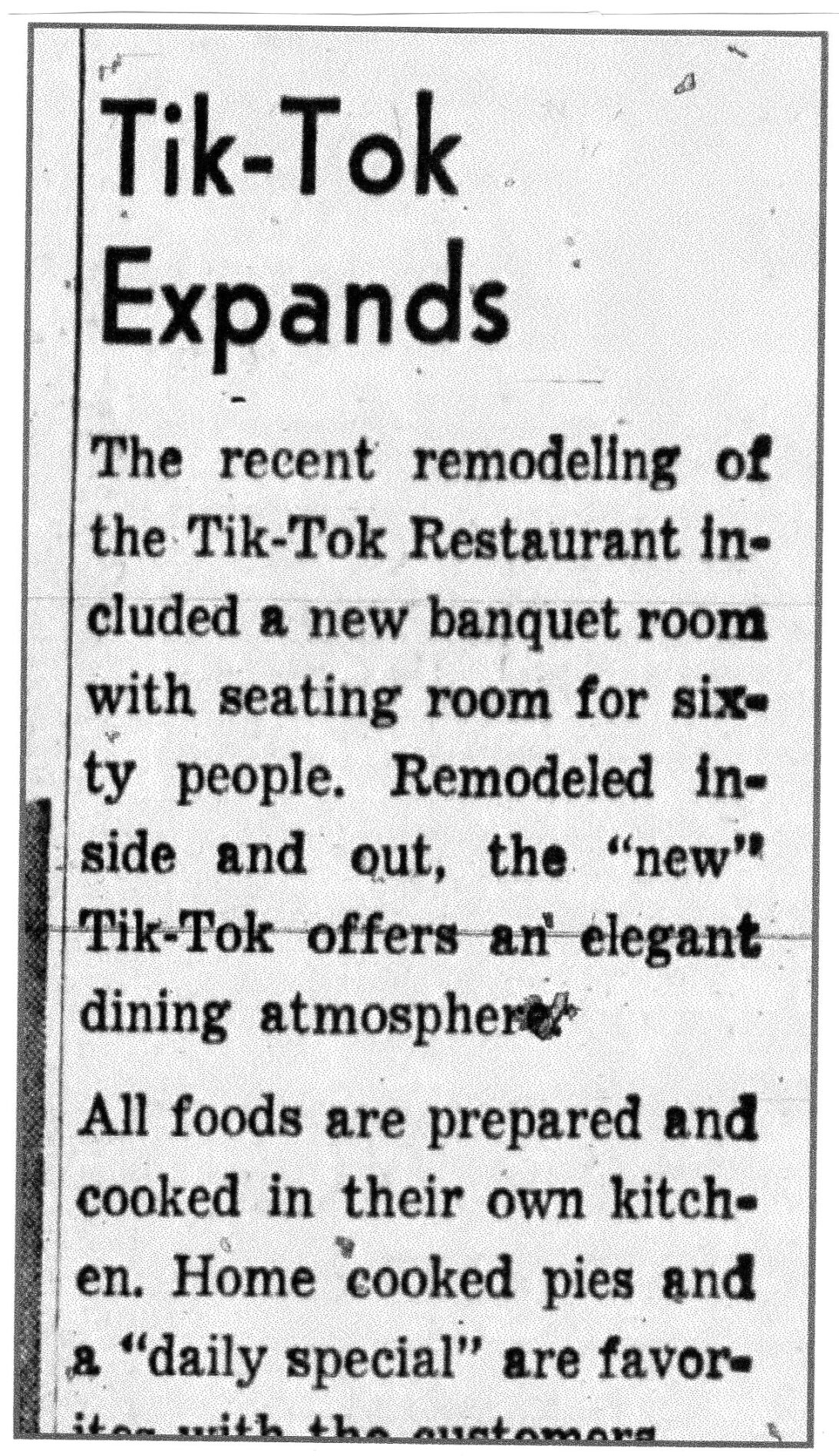 A few weeks ago I wrote about three of my favorite restaurants that had closed between 1988 and 1999, the 11 years I was away from St. Joseph. Several people told me they liked the topic, but I shouldn’t stop there.

“How about the Snow White?” “We loved the Tik-Tok.” “Jerre Anne’s had the best food in town.” “You couldn’t beat Wade’s Indian Grill.”

We all like to reminisce about those great eating places that are no more, and there are so many of them that you could write a book. I don’t have the space for that, but at least we can mention a few and bring back some good memories — which is what this column is all about.

Jerre-Anne’s, on Mitchell Avenue at 27th Street, was the city’s oldest restaurant when it closed in 2008. It began in 1930 as a store and delicatessen specializing in baked ham, potato salad and pies, and a dining room was added in 1941.

“Home-style cooking is the thing most customers associate with Jerre-Anne’s,” Phyllis Wright wrote in the News-Press in 1980, “and certain menu items are served every day, including ham, meatloaf, beef, baked hash, chicken and stuffed peppers. The pies are considered a specialty.”

The original owner, Afra Stoltz, named the restaurant after her two young nieces. “We can seat 85 customers at a time, and we serve from 300 to 400 people a day,” Geraldine Lawhon (the Jerre in the name) told Wright.

Among those 300-plus customers were regulars Guy and Jan Saxton, owners and operators of Cool Crest Garden Golf, and their daughter Anita.

“My mother used to joke that my first solid food was at Jerre-Anne’s,” Anita Meehan says today with a laugh. “In the summers, we ate at Jerre-Anne’s almost every night. Mom didn’t have time to cook, as we were at Cool Crest from 10 or 11 a.m. until after midnight.

“I never tired of Jerre-Anne’s.”

This was my grandpa’s favorite restaurant, and he treated us all to dinner on special occasions. I remember the hot roast beef sandwiches being especially delicious.

Apparently, I wasn’t the only one.

“You’ll find a large and varied dinner menu that includes all your favorite foods,” Bob Land wrote in the News-Press in January 1956, describing the restaurant at 1424 S. Belt. “I especially recommend their steaks and chicken dinners.”

Land noted that the Tik-Tok opened in 1948 as the centerpiece of a tourist court, and that owner Red Wilson prided himself on the cleanliness and appearance of the restaurant. Plans called for a dance floor with a special room for private parties and club meetings.

It took a little time, but those added features finally came about. “Remodeled inside and out, the ‘new’ Tik-Tok offers an elegant dining experience,” we reported in June 1970.

“I liked everything about the place,” says Charles Eckart, a retired employee (and member) of the Army National Guard. “Red Wilson was a great guy. The waitresses were friendly. The whole atmosphere was very welcoming.

“The food, which was excellent, was almost a bonus.”

So why did Jerre-Anne’s and the Tik-Tok close? Tastes change. Regular customers grow older and go out less. And the competition, which now included a thriving fast-food market, was tough. “The restaurant business has spread out more over town,” Mike Brunner, Jerre-Anne’s last owner, told reporter Jenn Hall in 2008.

Competition is fine. But wouldn’t it be nice if we could pick the winners?

3 top eateries that bit the dust