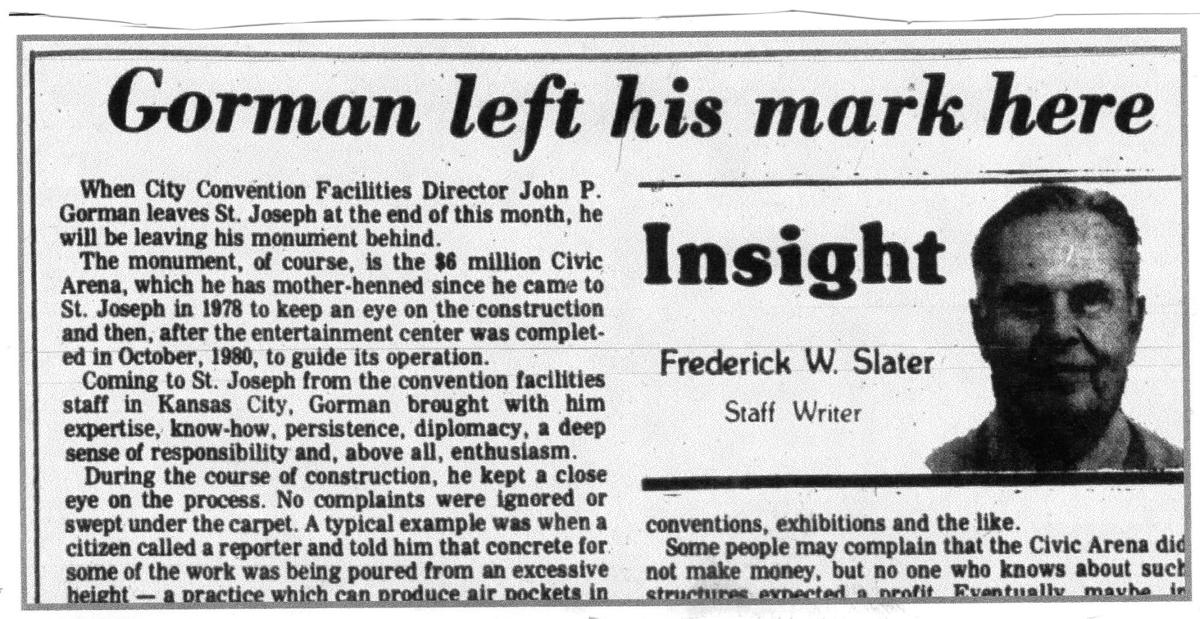 Talk of building a new Civic Arena, or updating the current one, stirs memories of the glory days of the structure at Fourth and Felix streets. Many of us believe those took place in a flurry at the very start, some 40 years ago.

Or at least it seemed like a flurry. The arena hosted more than 20 events, mostly concerts, in the first six months — a mind-boggling thought.

And, as happens often in these instances, much of the credit can be given to one man. But we’ll get to him in a minute.

After two years of construction, the arena opened on Saturday night, Oct. 4, 1980, with a pro basketball game between the Kansas City Kings and the Atlanta Hawks. “Otis Birdsong provided the final heroics as he pumped in two free throws to seal the 107-106 victory for the Kings,” wrote sports correspondent Mike Kunz in the next day’s News-Press.

But how about the music? Rock fans didn’t have long to wait, as the first concert was held the very next night, featuring the Little River Band and the Dirt Band.

“The concert was more than the first such event at the new arena,” Janet Elliott wrote in the Gazette. “It was a special treat for those of us used to the hour-long drive to Kemper Arena and other concert halls in Kansas City.”

The rock concert train rolled on with a show by Black Sabbath on Nov. 6, and performances by Cheap Trick, Charlie Daniels and Beatlemania in the following weeks. Country fans weren’t left out, as the Oak Ridge Boys, Brenda Lee and the Statler Brothers came to town. And just to show it was more than a music venue, the arena hosted the Ice Follies, Polynesian Spectacular, the Royal Lipizzan Stallions, the Harlem Globetrotters and a pro wrestling match.

All in the first six months.

The person in the center of this was John Gorman, who the city had hired in 1978 to head up its facilities department and supervise construction of the arena. Gorman came here from Kansas City, where he had been operations manager at Kemper Arena.

“The work I did at Kemper was on a larger scale, but I think this will be just as exciting,” he told Gazette reporter Steve Huff.

Another thing he had at Kemper was an excellent working relationship with Chris Fritz, Kansas City’s top concert promoter. Cities rely on promoters to bring in the big shows, just as Gust Karras had done for years at the old auditorium. When Gorman came here, he symbolically brought Fritz along.

“In some cases, a band will play one night in Kansas City, then come up here,” Gorman told Gazette reporter Conrad Bibens. “We can pull crowds from the region, from Maryville, Cameron and Atchison. There is a market here, and we need to develop it.”

As time went on, though, problems developed. Some shows were booked, then canceled due to slow ticket sales. A low point was a Blue Oyster Cult concert that was attended by only 2,000 people – when the arena holds 4,200 and Fritz told the city he had hoped for at least 3,000.

But the bottom fell out when Gorman announced in May 1982 that he had taken a new, similar job in Beaumont, Texas. St. Joseph lost not only a talented individual, but an important tie to a major promoter. What we need these days is someone willing to take a chance on becoming the next Chris Fritz. Or even Gust Karras.

Anyone want to roll the dice?

Corby Pond once was a lively place