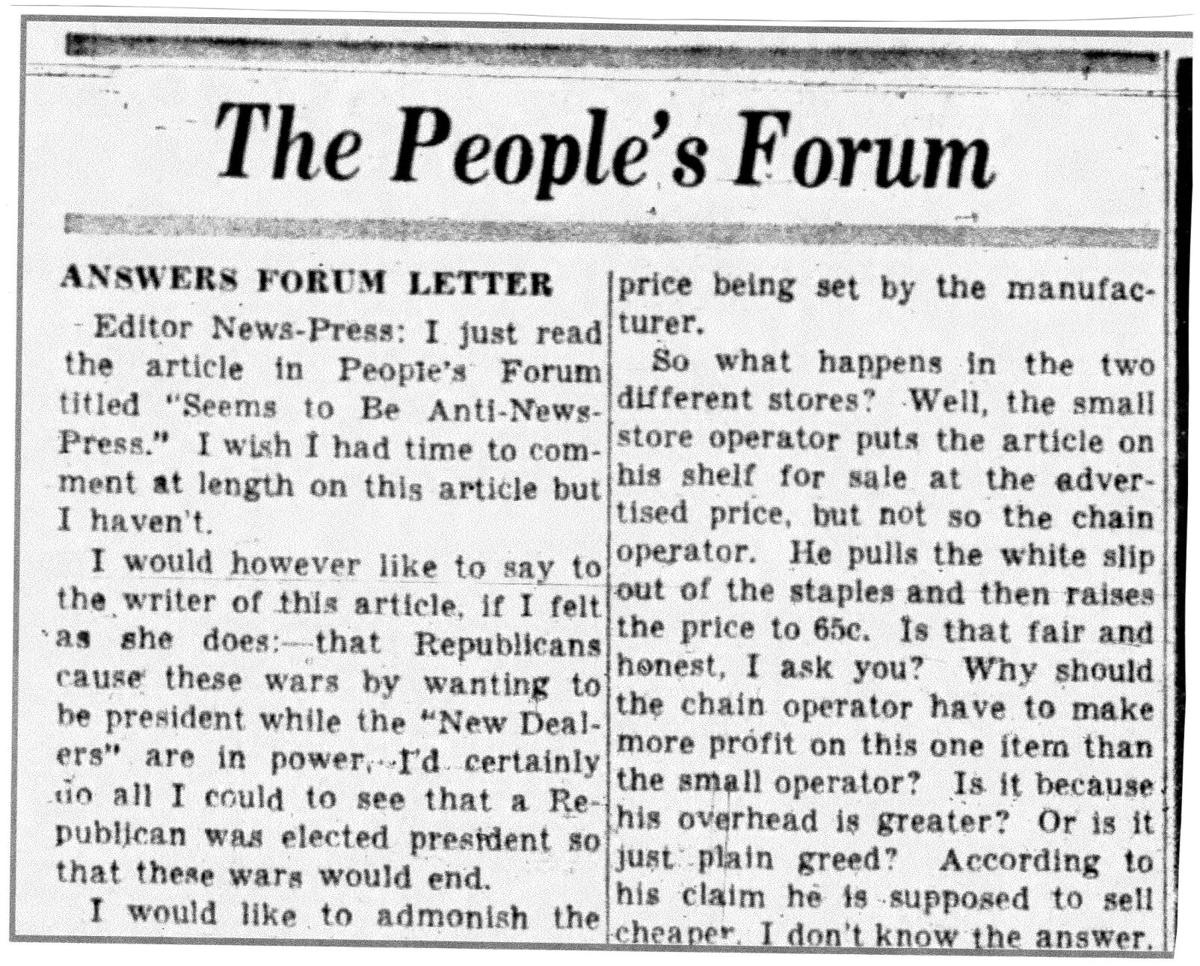 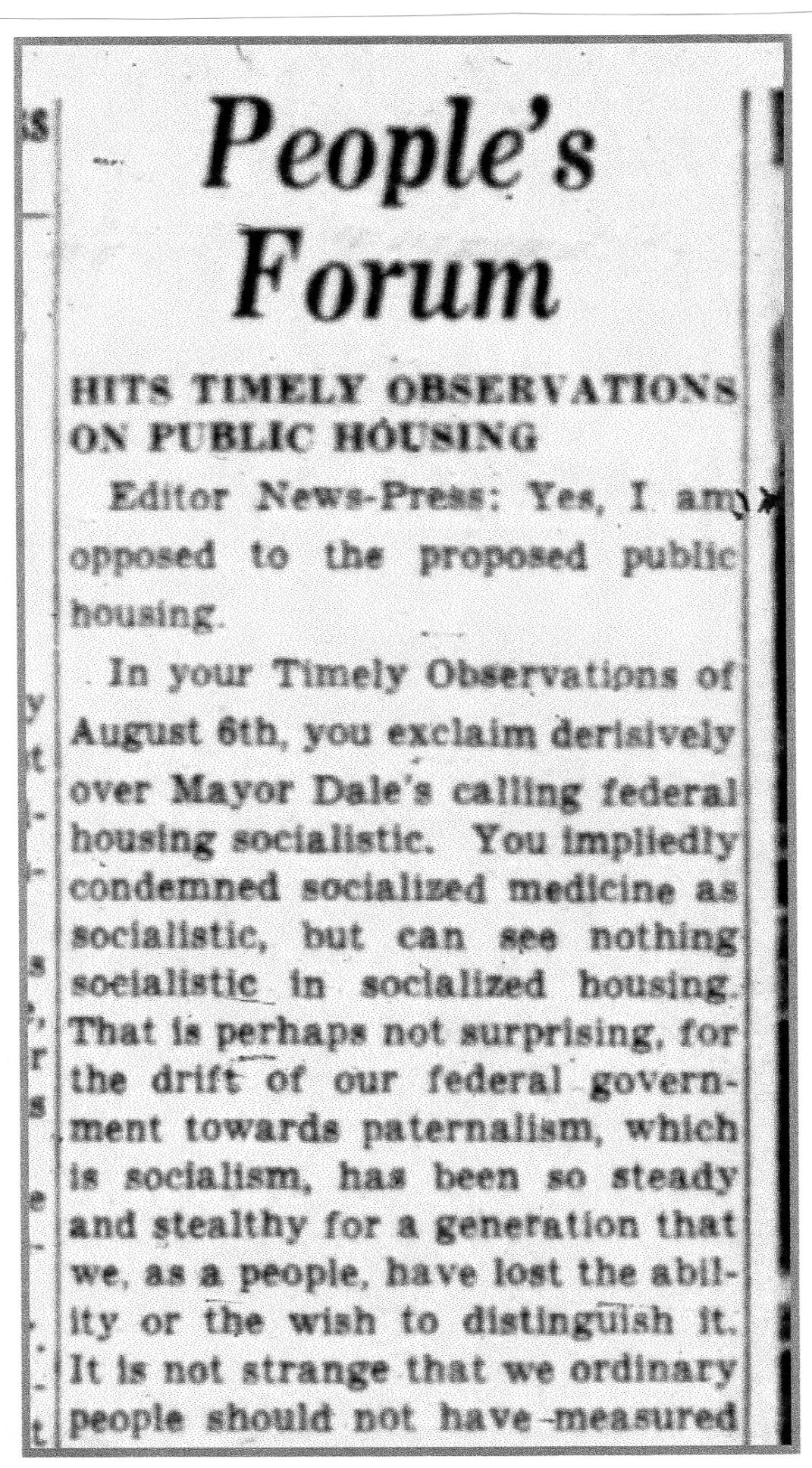 So you can’t stand Donald Trump. How did he get elected anyway?

Or maybe your gripe is with Joe Biden and his Democratic buddies. Are they taking us into socialism, or what?

Perhaps you’re ambivalent about presidential politics but have definite opinions on topics ranging from school board decisions to climate change.

Whatever the case, the News-Press and Gazette have always given you a voice. In the old days, we ran your letters under “The People’s Forum.” These days, we still welcome letters (assuming you supply your name and address), and also offer “It’s Your Call,” where you can leave anonymous messages for publication. Comments also can be left on our website, newspress now.com.

Letters sent in must be a reasonable length and cannot be a personal attack on a private citizen. If you meet those conditions, there’s a good chance your letter will be printed, said Greg Kozol, Debate page editor.

Kozol is aware that the Debate page is one of the most popular parts of the paper, and he is not surprised. “Everybody has opinions,” he said, “and everybody wants to read them.”

In an earlier day, “The People’s Forum” required that you supply your name and address (for verification), but allowed you to use an alias if you wished — and many people did.

“Alarmed” took issue with a letter from a reader saying we should vote Democratic because “Republicans start too many wars.” Added Alarmed: “All the Republican presidents put together have not spent as much United States money as Harry Truman has – and what was it spent for?”

Mrs. Ralph Lawshe, of Savannah, also disagreed with that letter. “We had a peaceful America for a long time, until the people turned Herbert Hoover down for F.D. Roosevelt, then the double-dealing began.”

“Doubtful Buyer” was upset that chain stores were advertising lower prices on items, when in some cases those prices were higher than at small stores. “Why should the chain operator have to make more in profit on this one item than the small operator?” he asked.

“B.L.F.” wanted readers to know that many people helped by the Community Chest (the United Way of that time) were truly needy and not merely wanting a handout.

An occasional bone of contention today involves our syndicated columnists, especially Mona Charen and Michael Reagan. That was a concern in the 1960s, too.

“You’re doing your readers a disservice by having Drew Pearson’s column in your paper,” wrote H.L. Martin, of 3702 King Hill Ave., on Feb. 17, 1962. “Many of his writings are just fairy tales. Also, he is very soft on Communist doings.”

And traffic lights, a topical issue lately, were big in Depression days as well.

“I told the city that I would not favor widening Jule Street unless red and green signal lights were used, to avoid congestion and prevent accidents. This matter seems to have been entirely overlooked,” wrote “Property Owner” on June 29, 1934.

The more things change, the more they stay the same. History repeats itself. Gee, I hate cliches, but sometimes they just fit.

Postcards from the Past: Hoof and Horn

Justice was swift in the Greenlease case