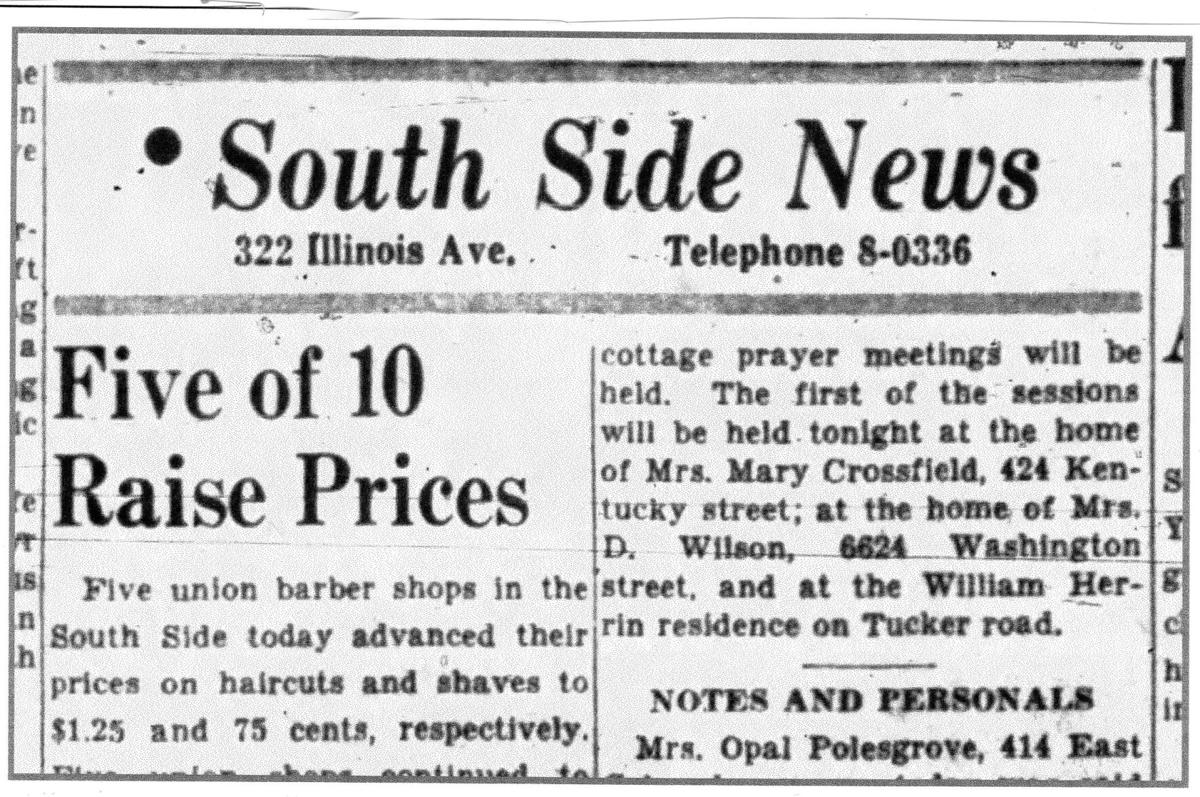 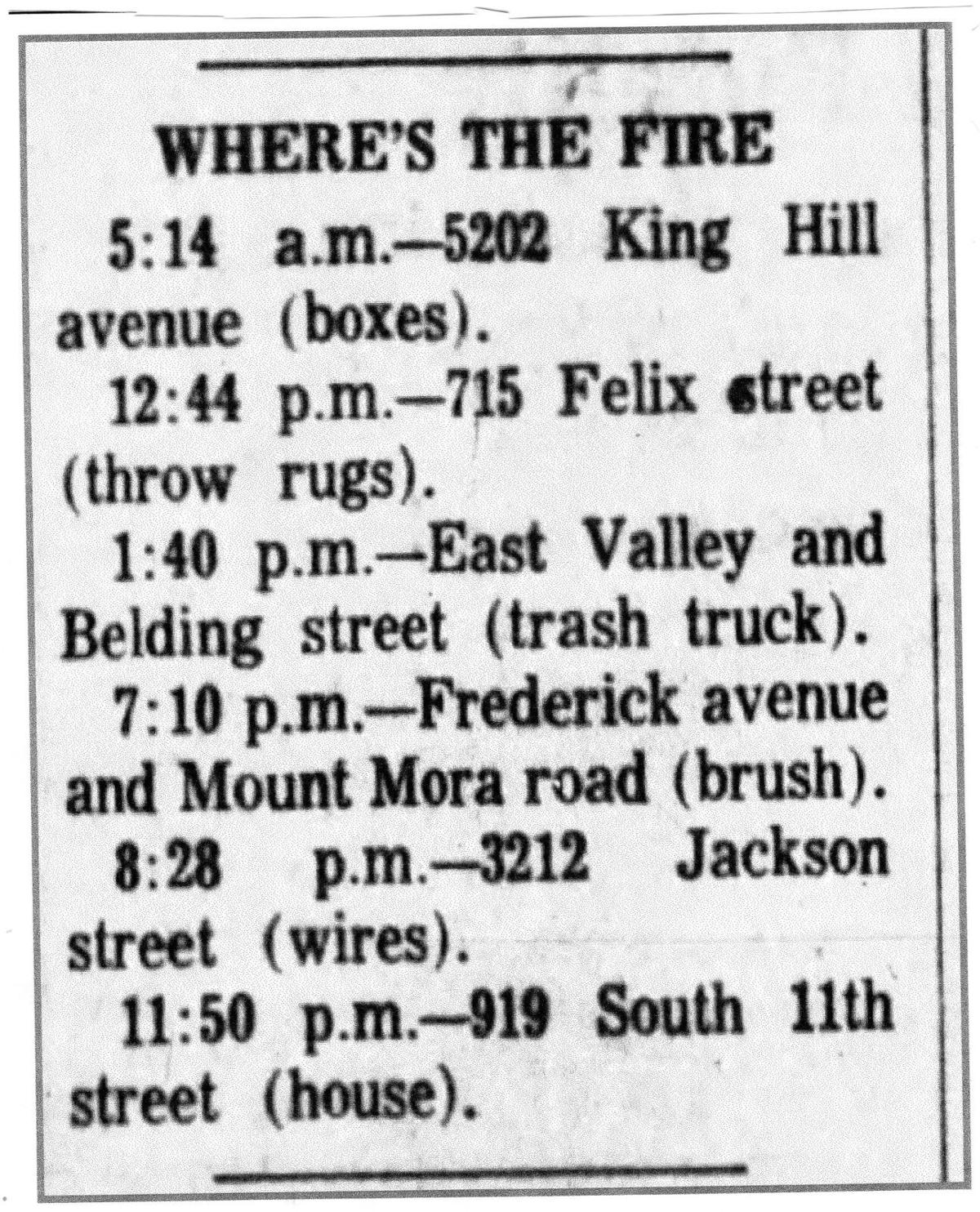 Over the next few weeks, I plan to write columns which you could term “gone but not forgotten,” about features that once ran in the News-Press and Gazette or procedures we used to follow. Hopefully they’ll bring back some memories.

Today we’re starting off with the “South Side” column and “Where’s the Fire?”

The “South” Side column began around the turn of the century and initially was called “South St. Joseph,” with offices on West Missouri Avenue. It was changed to “South End” in the 1920s and to “South Side” in the 1930s. The office later moved to Illinois Avenue.

The early South Side news is especially interesting. A story from June 1910 described a man who had access to a “flying machine” (all the rage at the time) and was planning to fly off the top of King Hill. Another story from that year described a man “from the uptown district” who got drunk in a saloon on Illinois Avenue and got into a fight with the bartender. In the chaos, the two broke through the saloon’s glass door.

Most of the items through the years were less exciting, but still newsworthy. During one week in September 1951, for instance, the column ran stories on union barber shops that were raising their haircut prices from $1 to $1.25, members of King Hill Methodist Church raising money to help local flood victims, Benton High School naming Helen DeVores as its football homecoming queen, and a burglary at the Valley Cottage restaurant, where the thieves got $10.

At the end of the column were “Notes and Personals,” sort of a South Side version of “Local Brevities.” Such folksy items included Mrs. Opal Polesgrove resting at Methodist Hospital following an operation, Herman Cowing, a Chicago resident, visiting friends at the local Armour and Co, plant, and the Carnation Benefit Club planning a covered dish luncheon at the home of Mrs. Hattie Crandell.

In the category of “You’d never see a story like this today,” the column regularly ran items on Swift and Armour employees going on vacation and listing all their names. Privacy attorneys would have a field day with this one! (In fact, privacy issues are a major reason news coverage in general has changed over the years).

The column ended in 1972, and the office closed. There arose a belief that since there’s no East Side or North Side column, why single out the South Side? The news items didn’t disappear, but merely moved to other parts of the paper.

“Where’s the Fire?” wasn’t so much a regular column as it was a convenient listing of fire calls responded to that day. Like a listing of births, for instance, it put everything in one place.

The column, which ran most regularly in the 1940s and ’50s, harks back to the days when reporters worked hand-in-hand with police and fire officials and virtually every incident was reported and printed. Thus, you’d see listings ranging from a brush fire to a fire on a kitchen stove to rescuing a cat from a tree.

Ray Sheffler, who retired from Heartland Health in 2004, enjoyed the little feature.

“The town seemed smaller in those days and you knew your neighbors,” he says. “You’d see a fire truck go by and maybe see smoke down the street, but you didn’t know exactly where it was or what caused it.

“‘Where’s the Fire?’ told you those things.”

In future weeks, we’ll examine “The Wise Owl,” “The Fact Finder,” “A Woman’s View,” “The Jackpot,” J.J. Doakes Esq., and the reporting of local suicides, among other topics.

St. Joseph is ready to go beyond

Examining a week in October 1985

Postcards from the past: Old Pony Expess Bridge

East Hills, our 'city in miniature’

Increasing clouds Wednesday with a chance of snow showers on Thursday.