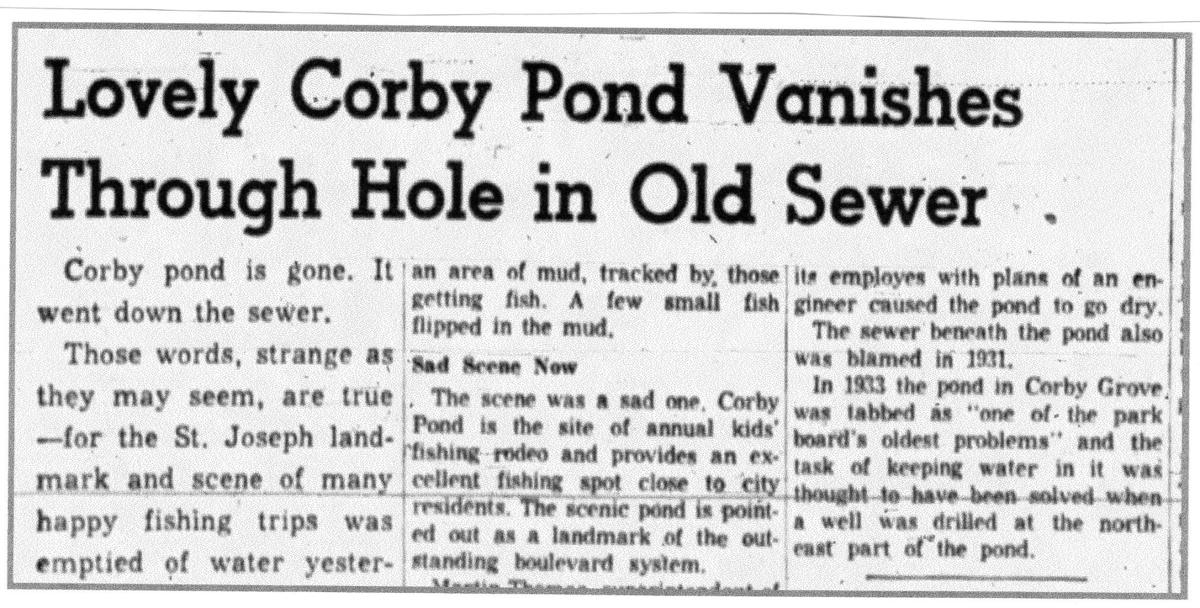 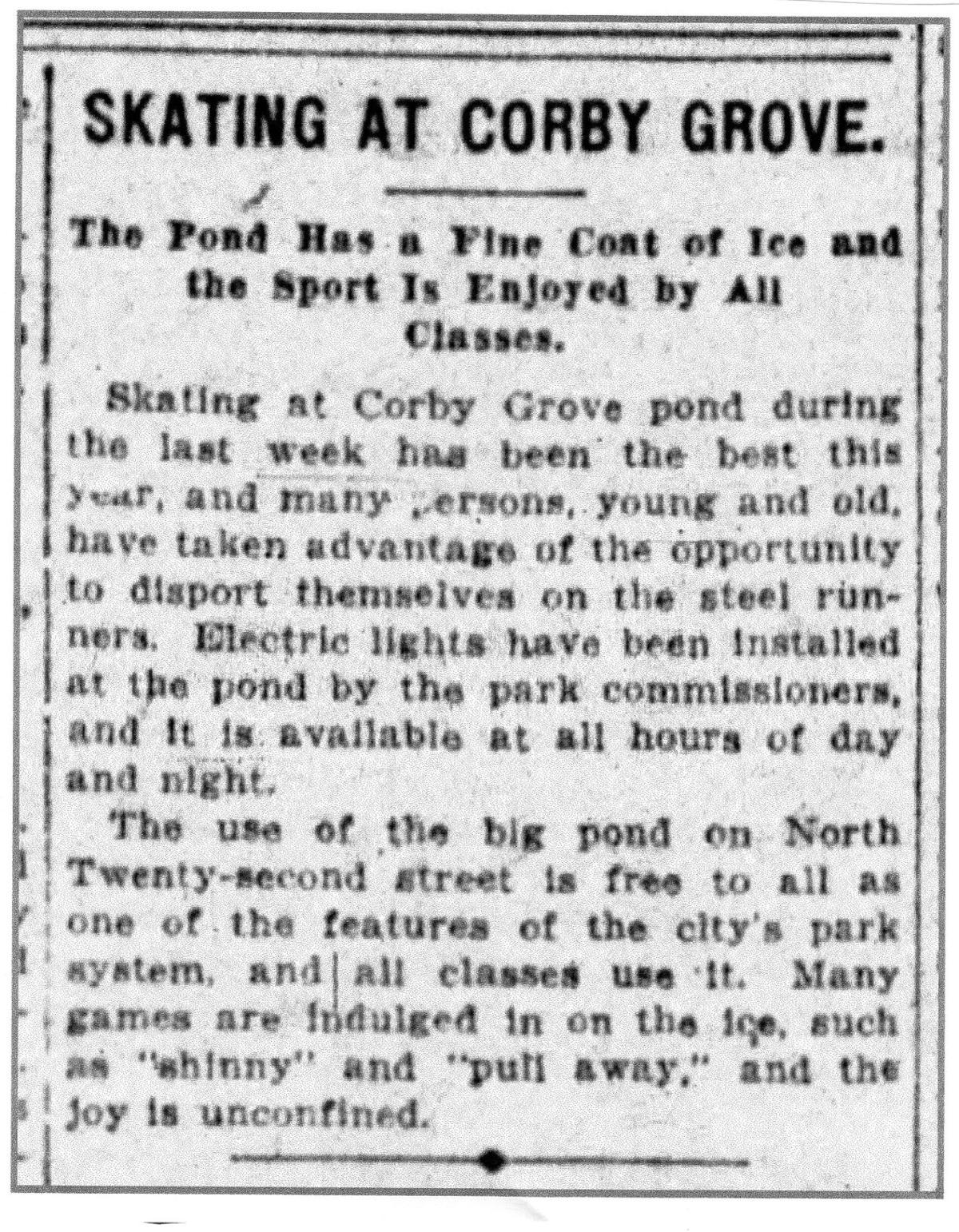 Recent News-Press stories have reported the city’s plans to dredge Corby Pond, noting it has been about 40 years since that was done.

True. A check of News-Press clips showed that the last major draining of the pond was a two-year project beginning in 1977.

But go back further and you’ll find that draining Corby Pond was a fairly common and regular practice in our grandparents’ day. And there even was one instance where the event was not planned.

“Lovely Corby Pond Vanishes Through Hole in Old Sewer” the Gazette headline proclaimed on April 12, 1956. A sewer line broke beneath the pond, the article said, and “as the water gurgled and was sucked into the sewer, fishermen with dip nets had a field day.

“Ten and 14-pound carp and buffalo brought gasps of amazement to an estimated 100 spectators. Men and boys waded into the rapidly dwindling water to dip up about 1,000 pounds of fish.” Park Superintendent Martin Thomas said the break in the sewer would be fixed as soon as possible.

Previous dredgings were planned, however, and there was a good reason: Back then, Corby Pond was a lively place, with fishing in the summer and ice skating in the winter. City leaders needed to keep the place in top shape.

Then you had another type of sport, one especially appealing to teenage couples. When I was growing up, the pond was one of the most popular places in town to park. Even today, drive by in the evenings and you’re likely to see at least one car parked in that little spot on the west side.

Sure, maybe the guy and girl are studying math in that car. But probably not.

Regarding winter sports on the pond, you might think they were limited to ice skating. Think again.

“Members of the Sea Scout ship Ranger won the first activity, in skating races, last night on Corby Pond,” the Gazette reported on Jan. 22, 1937. “The second activity will be at 3 o’clock Sunday afternoon with a hockey tournament on Corby Pond.”

Most people, though, were content with ice skating. More headlines: From 1948: “Ice Is Poor But Skaters Are Out in Big Numbers;’” from 1963: “Preparing Corby Pond for Skating,” and from 1988: “Ice Thick Enough for Skating.”

Sheila O’Connor Rickel, a graduate of Bishop LeBlond High, would skate with her friends on the pond in the 1960s. For her, it was a highlight of growing up in St. Joseph.

“There was a phone number we could call where a recording would let us know if the ice was solid enough for us to skate,” said O’Connor Rickel, who lives in Kearney, Missouri, with her husband Kookie. “When we went in the evenings, there was always a bonfire to help keep us warm.

“It must have been the city who would clear the snow off for skating. All levels of skaters would be there, having fun. It was a real treat.”