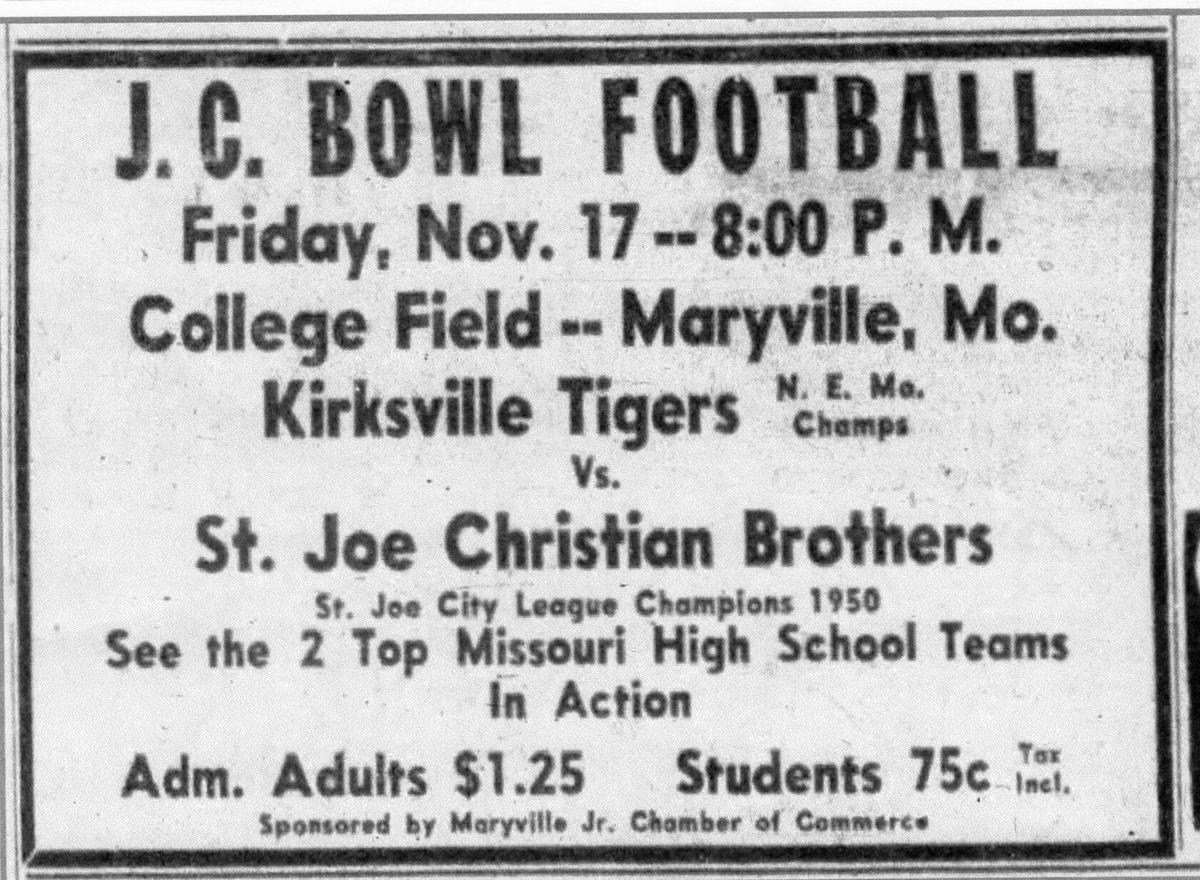 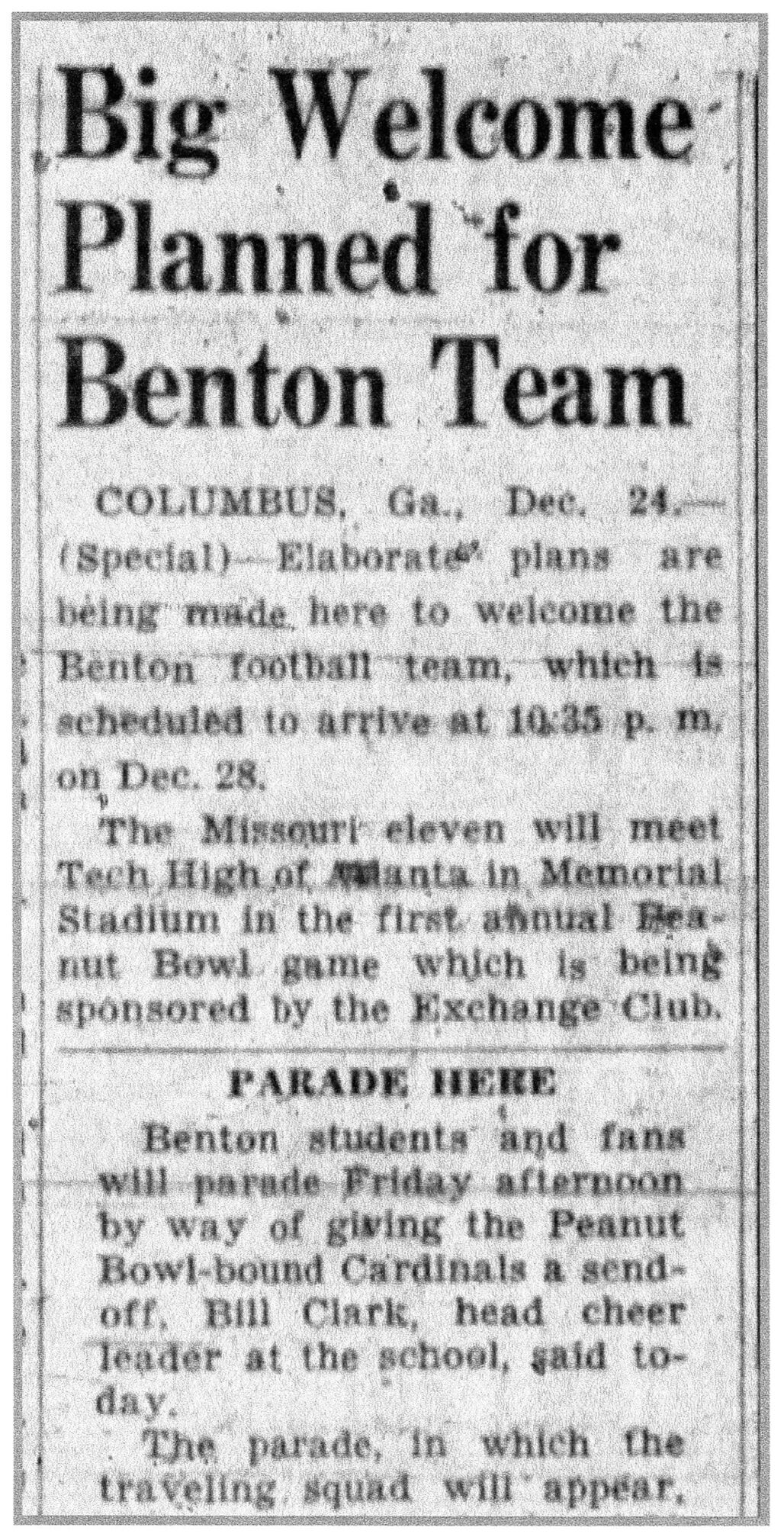 Football season has come again, and it’s not unusual to hear discussions (arguments?) about the best high school football teams ever in St. Joseph. One squad most often mentioned is the 1946 Benton Cardinals. But how about the 1949 and 1950 Christian Brothers squads?

Those are the only local teams considered so superior that they were invited to play in a postseason bowl game. Further, the 1949 CB unit is the only team that won.

Benton’s invitation was to the Peanut Bowl in Columbus, Georgia, a New Year’s Day event that organizers believed would pair the two top teams in America. The Cardinals’ opponent was Atlanta’s Tech High, which boasted an unbeaten season.

Led by running back Dave Brown, Benton also had gone undefeated, shutting out six teams along the way. News-Press sports editor Gene Sullivan described the offensive firepower this way: “The Cardinals have built their success on the tried-and-true formula of sending Dave Brown and John Otten wide, directing George Herring down the middle and using Bill Sherman for the thrusts when short yardage was needed.”

But Atlanta Tech turned the shutout tables on the Cardinals, winning, 34-0. Wrote Sullivan: “Tech was terrific every step of the way, with Benton never in contending position.”

Nevertheless, the bowl bid was a source of pride for the South Side, which held a parade in the team’s honor.

I’m not sure if a parade ever was held for Coach Dale Kessinger’s Golden Eagles, but they certainly would have deserved one. Between 1947 and 1950, Kessinger’s teams rolled up 32 games without a loss before dropping the last game of the 1950 season to North Kansas City, 7-0. Christian Brothers defeated Central for the first time ever in 1947 and repeated the feat each of the next three years — quite an accomplishment for a school with an enrollment of only 150.

The 1949 Golden Eagles amassed a perfect record on their way to the Santa Fe Express bowl, held in Kansas City on Thanksgiving Day. The opponent, Raytown, also was undefeated.

Playing without leading scorer Byron Thompson, who had tonsillitis, CB nevertheless prevailed. Nelson Gawatz scored three touchdowns and Jack Walsh and George Scott each added one as the Golden Eagles won, 34-20. The Gazette described the game as “a real grid thriller before 3,000 cheering fans.”

The 1950 J.C. Bowl was held in Maryville and paired CB with undefeated Kirksville — “The Two Top Missouri High School Teams,” according to the ads. It certainly seemed an even match, as the squads played to a 14-14 tie.

Paul Messbarger scored early for CB, but Kirksville held a 14-7 lead through most of the game. The tying tally came as time was running out, with Messbarger completing a pass to Dick Wogan.

“Wogan caught the ball on the 16, then pitched a lateral to Jason Barbosa, who raced across the double stripe,” the Gazette reported. Ed Schott ran around left end for the extra point.

The Gazette described the game as “a first-class thriller.” Just like good bowl games are supposed to be.

Note: Yes, there are other high schools in St. Joseph, and other sports in which teams and individuals have excelled. We’ll be looking at those in the future.