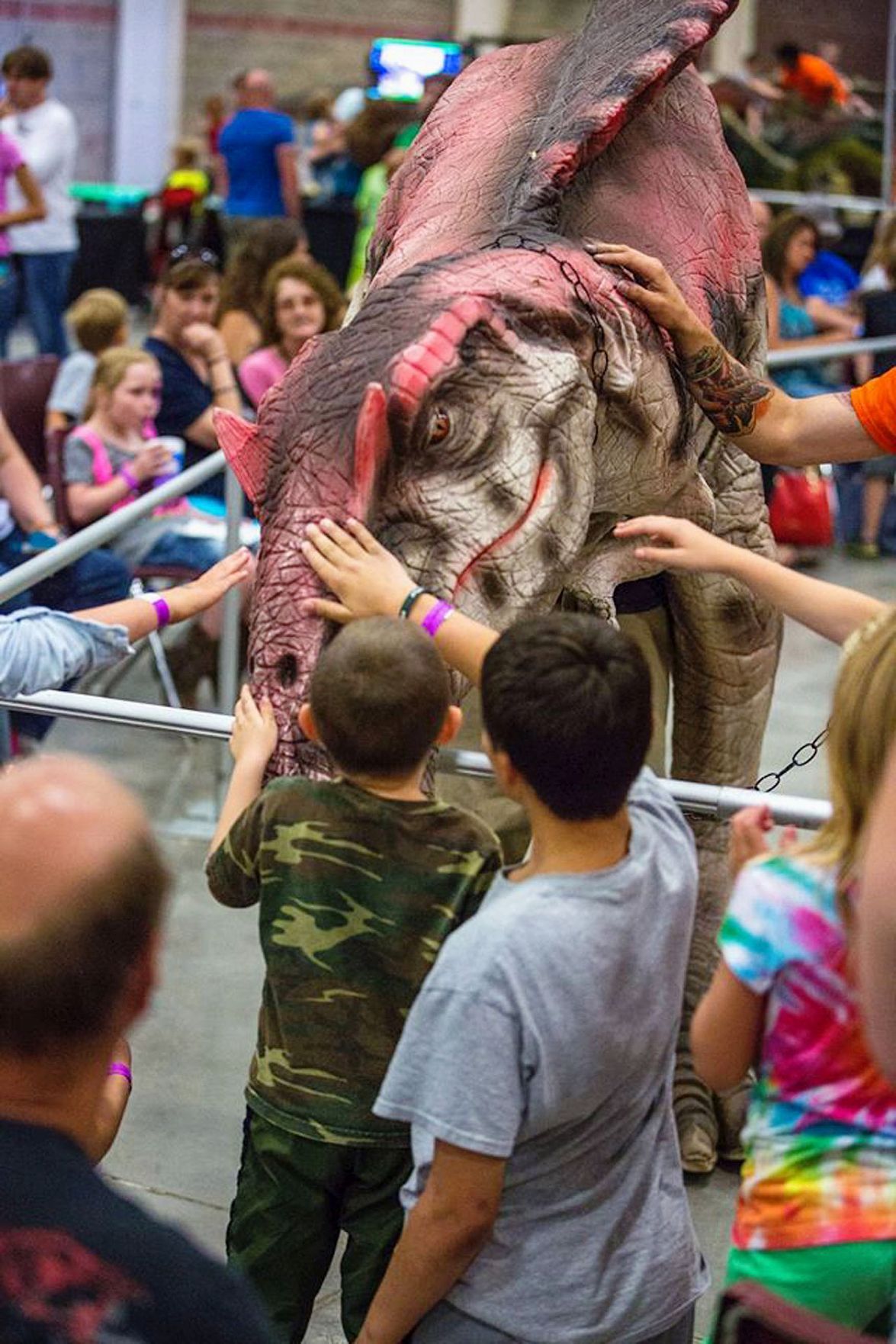 Visitors pet a realistic dinosaur puppet that moves and walks around the event floor. 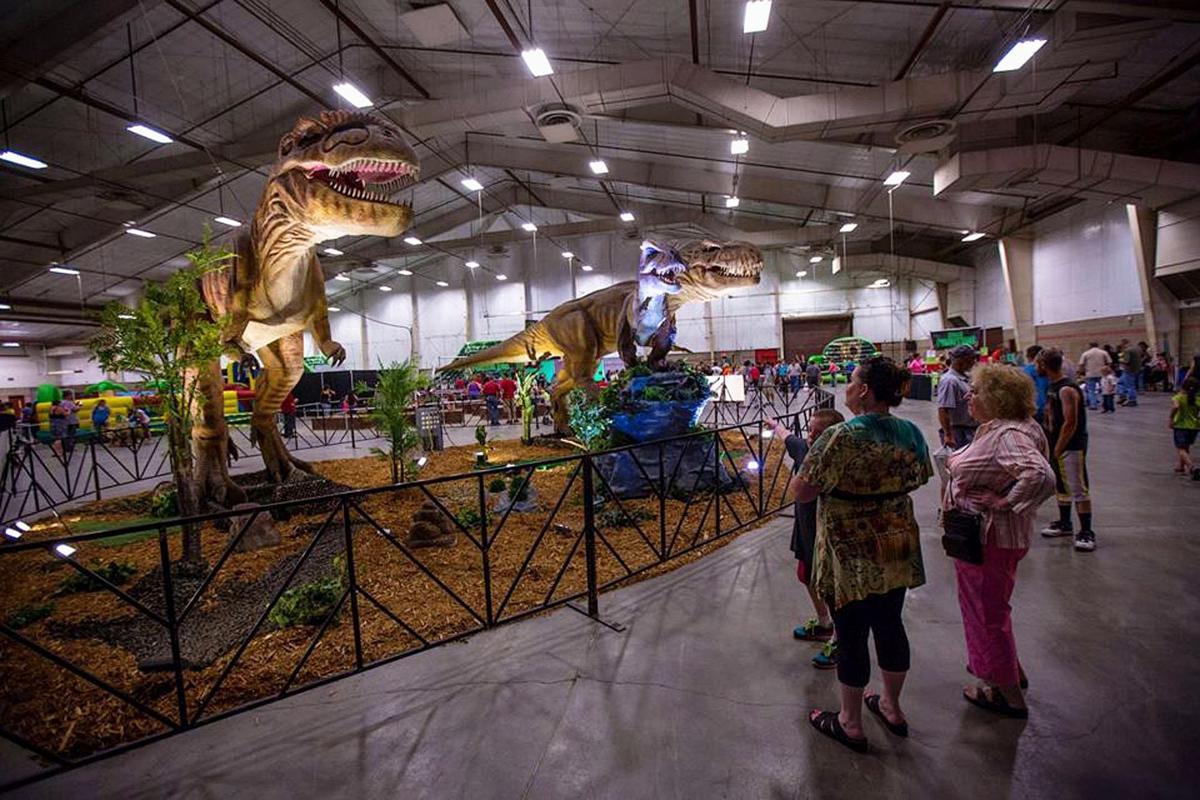 More than 50 animatronic dinosaurs make up the chronological display that teaches about the Triassic, Jurassic and Cretaceous periods. 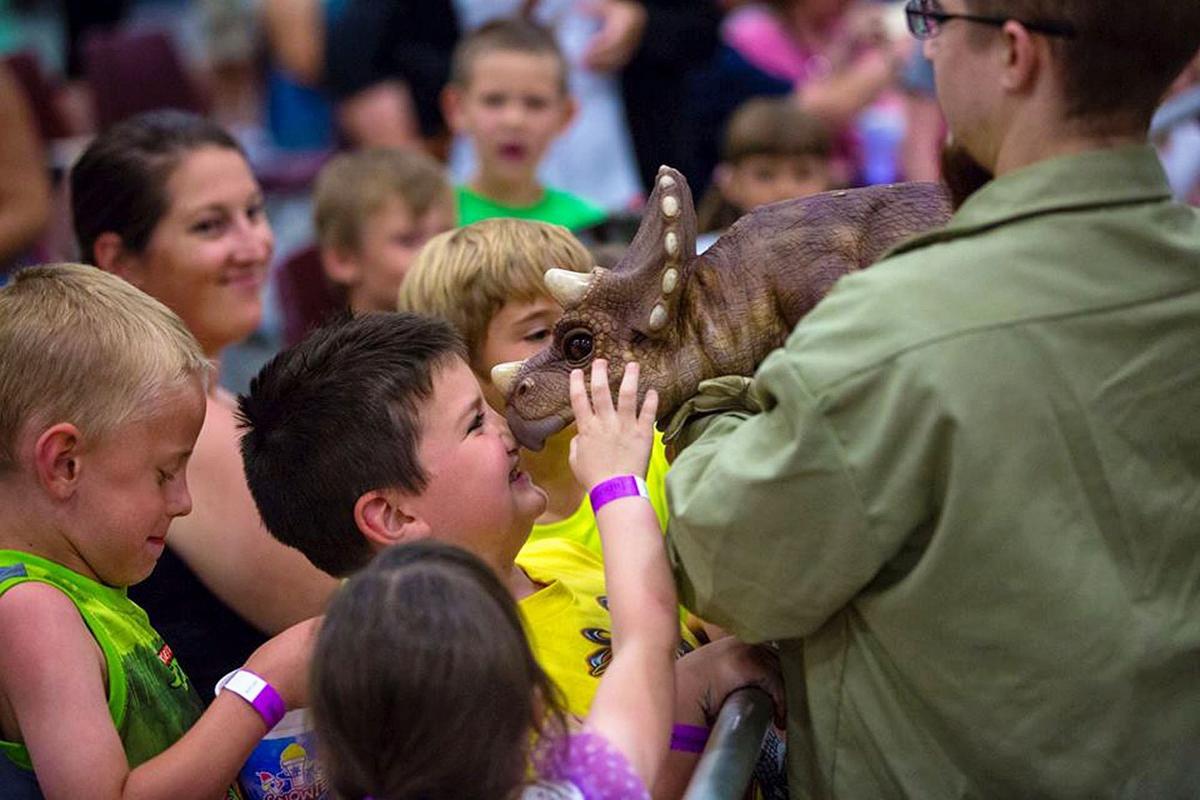 A young visitor gets a kiss on the nose from a baby triceratops.

Visitors pet a realistic dinosaur puppet that moves and walks around the event floor.

More than 50 animatronic dinosaurs make up the chronological display that teaches about the Triassic, Jurassic and Cretaceous periods.

A young visitor gets a kiss on the nose from a baby triceratops.

Since humans found the first fossil, we’ve had a love affair with dinosaurs. That interest has only grown as toys, TV shows, movies and even theme parks have featured them more prominently in recent years.

Missouri and Kansas residents will soon get a taste of what it’s like to see these gigantic, prehistoric creatures up close. A Texas-based traveling exhibit called “Jurassic Quest” will be at the Kansas Expocentre in Topeka, Kan., Aug. 7 through 9. The event is one of the largest and most realistic dinosaur shows in North America.

Danielle Arnold, vice president of public relations, says Jurassic Quest started about two years ago. Her family is in the business of doing traveling exhibits and road shows, so they have extensive experience with similar projects. Featuring dinosaurs was her father’s idea because he’s always had in interest in them.

She says Jurassic Quest features more than 50 life-size animatronic and puppet dinosaurs. There are several children’s activities, like fossil digs, crafts and a bounce house.

“It’s a chronological exhibit that you walk through. ... They move, blink, breathe and make a lot of noise,” Ms. Arnold says of the animatronics.

What sets Jurassic Quest apart from similar events around the country is its size and interactivity. There are walking dinosaurs that roam the floor, baby dinosaurs and dinos on display that you can pet, and even dinosaur rides. She says the kids love getting up close and personal with them.

It’s a great learning experience for adults, too. Ms. Arnold says many adults come without kids just because they are interested and want to walk through the exhibits and read the facts. If you have a little extra travel time this summer, consider making the short trip to see this one-of-a-kind show.

“The public typically responds incredibly positively to our events. People just have a general interest in dinosaurs. ... They’re incredibly interesting. There’s so much that we don’t know and there’s so much to learn about them. Their sheer size and power are fascinating,” Ms. Arnold says.