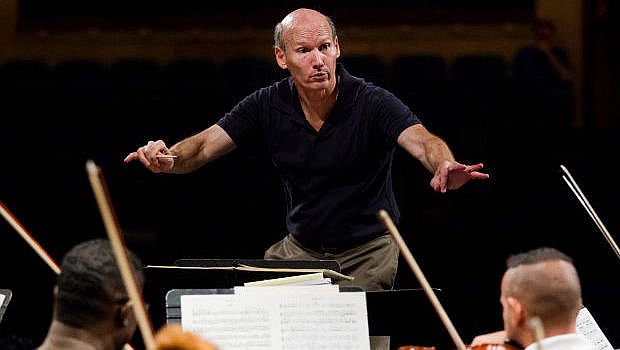 Former Saint Joseph Symphony director Rico McNeela directs the Symphony during a past performance. He departed from his directing role after the COVID-19 shutdown canceled the group’s final two performances of its 2019-20 season. 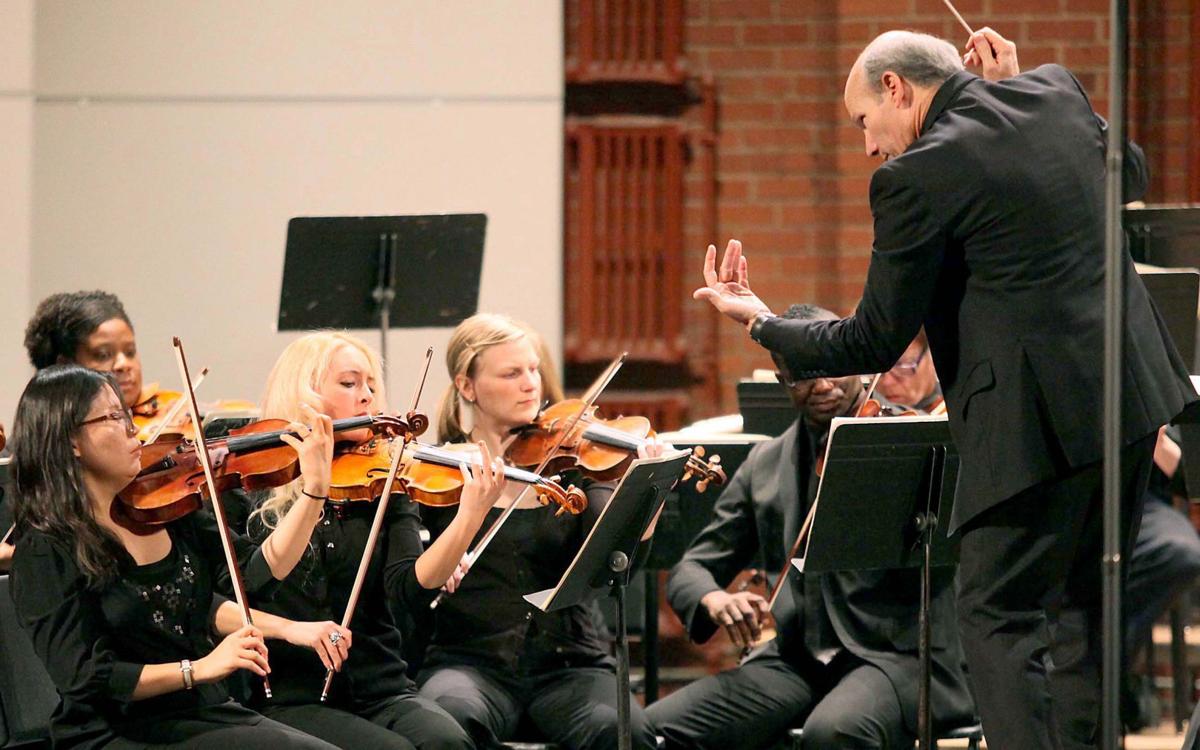 Rico McNeela conducts some of the members of the Saint Joseph Symphony in 2016.

Former Saint Joseph Symphony director Rico McNeela directs the Symphony during a past performance. He departed from his directing role after the COVID-19 shutdown canceled the group’s final two performances of its 2019-20 season.

Rico McNeela conducts some of the members of the Saint Joseph Symphony in 2016.

For 11 years, former Saint Joseph Symphony director Rico McNeela led audiences figuratively across the globe, to the cinema and on romantic getaways.

The COVID-19 shutdown meant McNeela didn’t get the bombastic ending that accompanied many of the pieces he chose for the symphony as he leaves the city for new opportunities. But he doesn’t have any bitterness.

“The frustration of this and the determination to go on and do something more is probably more of an inspiration/impetus to me than to just conveniently wander off into the sunset. ... I’ve traveled into a sunrise,” he said.

Moving to Cincinnati, McNeela said he will work as a freelance musician and teacher, showing off the knowledge he displayed through his concerts and teachings in St. Joseph. It’s a nice respite from a turbulent several months where the symphony had to cancel its final two concerts of the season, which were meant to be McNeela’s farewell shows.

Titled “Invitation to Dance” and “Monuments Men AND Women of Music,” both concerts were set to hit that sweet spot that McNeela aimed for with symphony concerts, blending popular pieces with lesser-known works and composers. Planning the concerts takes about a year and a half of proposals, rights acquisitions and booking special guests. Luckily, McNeela said, the shows were delayed before the symphony began rehearsals.

“Things start very, very early, and there’s a long, sort of gradual, process to accelerate as the performances approaches and we’re so lucky when things come together and we have an exciting performance. This was interrupted at the very last couple of steps,” he said.

To cancel the shows and not allow for McNeela to say goodbye was a tough decision for everyone involved. McNeela said he had to take some time to gather his thoughts, but he found peace in a new place.

“The first few weeks of dealing with it was very disappointing. But you move on to other things that I’m preparing for at this point. And you just constantly set your eyes towards the horizon and plan for the next day,” he said.

Looking back on his time in St. Joseph, McNeela said he cherishes the memories shared with the members of the symphony, from the concerts that went off without a problem to the trouble-plagued performances, like a winter show with the New Generation Singers that happened in the middle of a snowstorm.

“The orchestra was trapped on (the highway) in a bus, and we had to stall almost 90 minutes, and yet the audience stayed and we had ... a full house. And it was a really sort of wonderful evening,” he said.

In addition to the concerts, McNeela said one of the great joys of his time spent in the area was visiting schools through the Instrumental Infusion program, a project that gave fifth-grade students access to a variety of musical tools to try out.

“We’d have hundreds of kids come through Missouri Western and they all get a chance to try out all the instruments and they’d really, really enjoy it,” he said.

While McNeela said he’ll never be sure how much of an effect that program had on students and their future musical endeavors, he was always encouraged by it when he saw a child with an instrument.

“What was most gratifying for me was to be driving around, just going somewhere in the afternoon and seeing kids walking home from school, carrying violins or cellos or clarinets or trombone case and thinking that maybe what we’ve been doing had some part in encouraging them,” he said.

It’s the same feeling McNeela got when he introduced hundreds of people at a symphony concert to a piece of music he unearthed and felt their excitement.

“That was one of my absolute most favorite things to do ... Bringing a piece to the audience that I was pretty sure most people hadn’t heard before that I knew was just a real, wonderful work. It was like being able to show your best friend some wonderful trinket you just found or a gem that you happen to find,” he said.

McNeela said he will miss doing that in St. Joseph, along with sharing laughs, frustrations and joys with all of the talented members of the symphony. It was a privilege that he said he was glad to have for more than a decade.

“I was determined to raise the standards of the orchestra, also introduced chamber music, which I don’t think had been played much before, and try to inspire young people to take an interest in classical music,” he said.

With the dream that programs like Instrumental Infusion will continue to exist, McNeela said he hopes his legacy lives on in that way.

“My hope is that these various programs ... will continue and grow and get better and continue to develop and broaden the cultural life in St. Joseph,” he said.