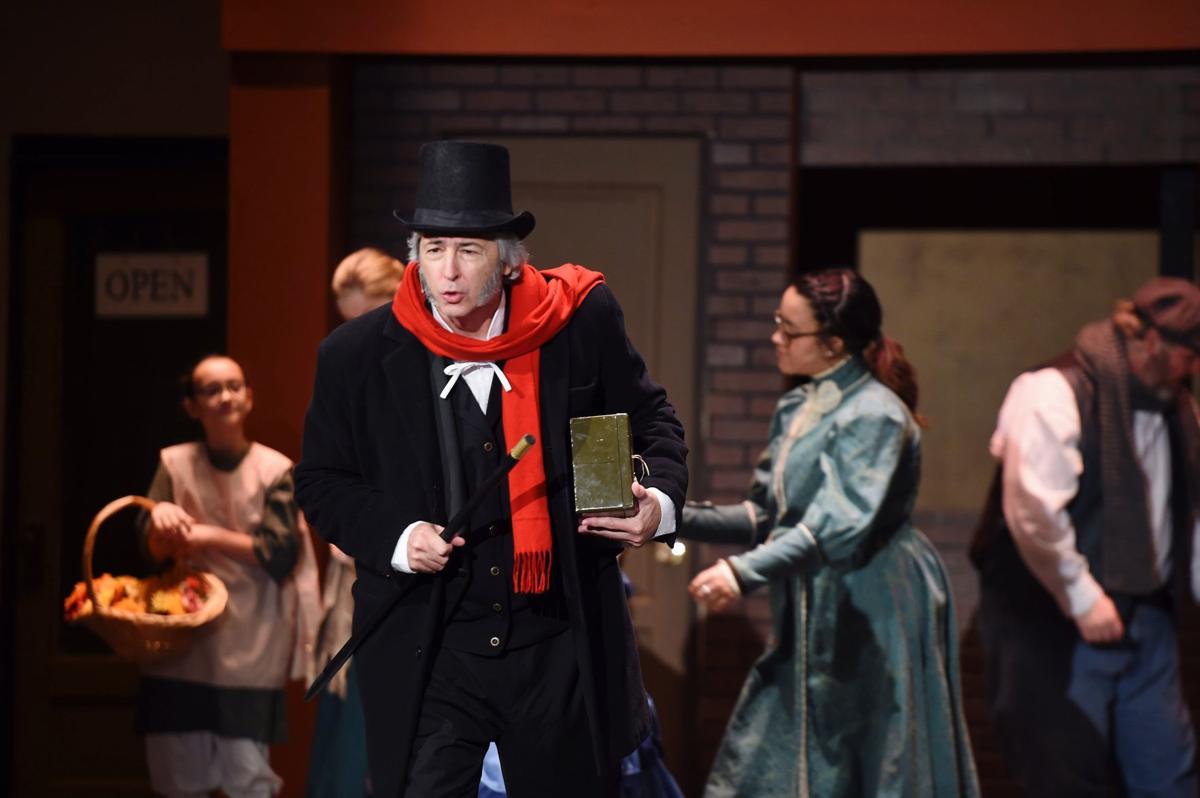 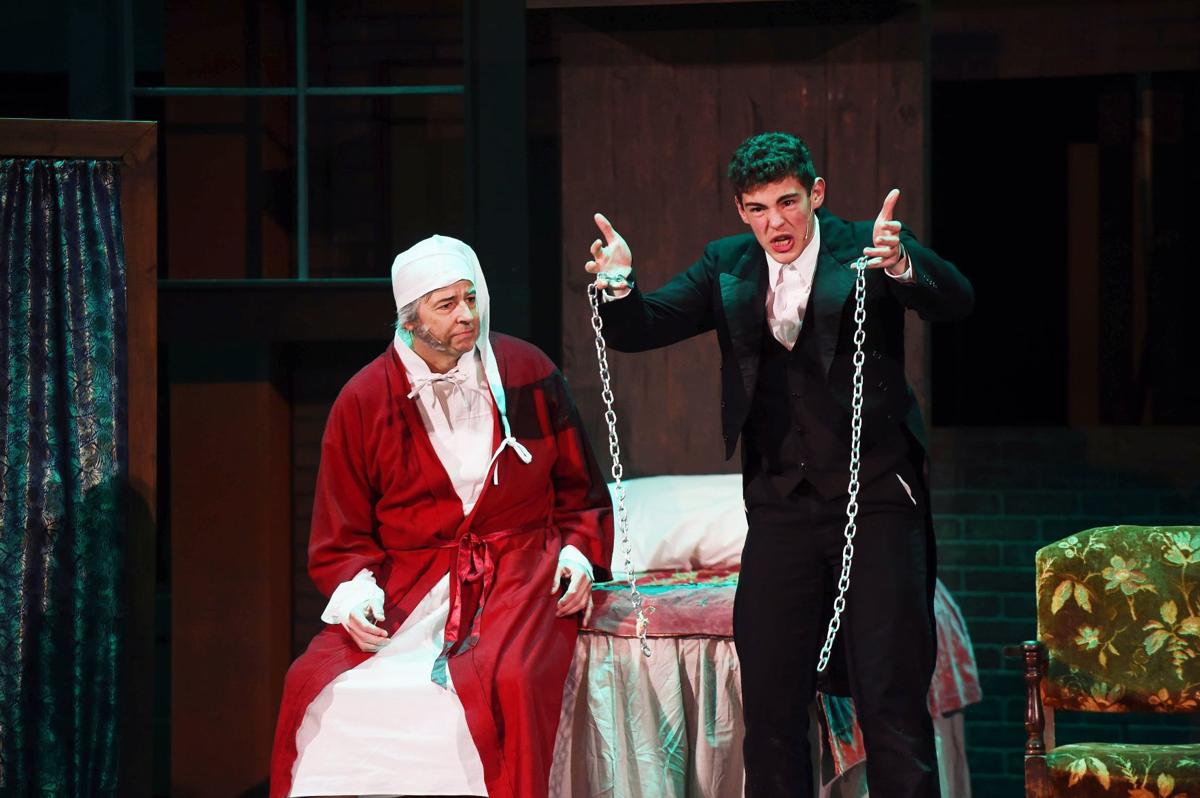 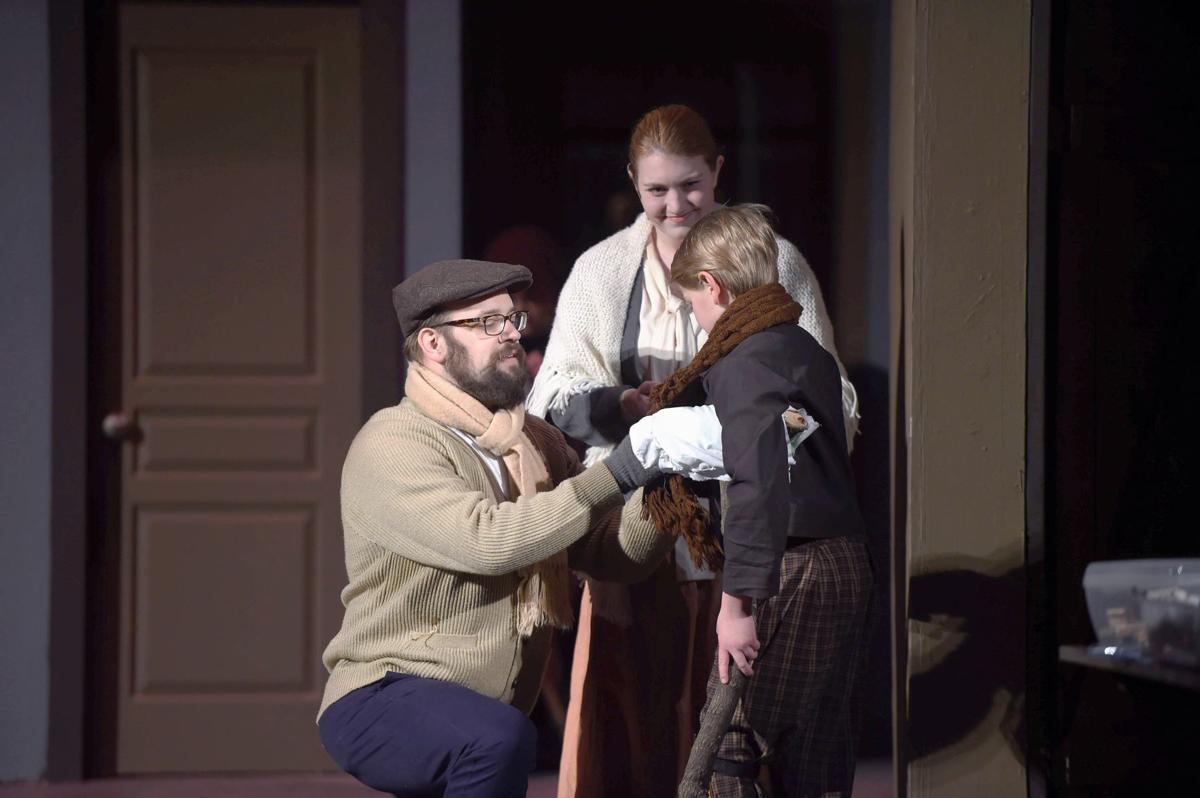 The Cratchit family (played from left to right by Robbie Morton, Lexie Owen and Ryder Mattox) bundle up in RRT’s ‘A Christmas Carol: The Musical.’

The Cratchit family (played from left to right by Robbie Morton, Lexie Owen and Ryder Mattox) bundle up in RRT’s ‘A Christmas Carol: The Musical.’

What if a classic Charles Dickens story was given the classic songwriting power of “The Little Mermaid” and "Beauty and the Beast"?

The Alan Menken-penned musical of “A Christmas Carol” answers that question by taking that legendary tale of Ebenezer Scrooge, paring it down and adding catchy tunes to it.

In director Lindsay Prawitz opinion, it’s all for the better.

“There’s a million versions of ‘A Christmas Carol’ out there. But this version is particularly cool,” she said.

Performing the Broadway musical version, Robidoux Resident Theatre will present "A Christmas Carol: The Musical" at 7:30 p.m. on Dec. 7-8 and at 2 p.m. on Sunday, Dec. 9 at the Missouri Theater, 717 Edmond St.

In the musical, Scrooge is a rich curmudgeon who values his wealth over the happiness and comfort of others. His greed can only goes so far, as he's visited by three ghosts who remind him who he was, is and will be if he continues in his selfish ways.

Truth be told, many of those previous interpretations didn’t rank high on Prawitz’s list.

“I wasn’t a huge fan of the story before we got started. It’s just not one of my favorite Christmas stories,” she says.

That disdain for the story doesn't show in the production, as it shines with a fresh perspective, joy and energy.

“It’s all kind of updated. It’s shorter, so it’s not as lengthy as some of those productions that are drawn out and, in most cases, pretty boring,” Prawitz says. “Once I read the script and listened to the music, it is just so catchy and so beautiful."

Normally directing smaller RRT productions, Prawitz took a big leap with "Carol," collaborating with a group of 40 performers for the grand production.

“I’ve got several families involved, full families, which is really cool. It’s got a lot of new people involved in this show. It’s cool to do not only a big, old Christmas classic, but to also introduce several new people to RRT,” she says.

With a set created by long-time set designer Frank Polleck, he turns the Missouri Theater stage into England in the 1800s.

“Our set is pretty gigantic because it’s the streets of London. I mean, you can’t go small with that,” Prawitz says.

From the first notes of the show, Menken's sound is all over it, with gigantic tunes reminiscent of "Beauty and The Beast"'s "Belle" and "Little Shop of Horror"'s "Skid Row."

“The music never stops. The whole musical is underscored. So that is different and more difficult (with timing) for a show that’s old school in a way, but it’s been updated,” she says.

While the music will stick in your head, it doesn't overshadow the message of the music, which Prawitz says is one that remains relevant.

“They mention families created by friendships, as well as by birth. I think that’s a really beautiful line in the show and I think that’s what theater is too. We have real families onstage, but as a whole, we’ve created a family as well,” she says.

Prawitz also explains why a novella written by Dickens in 1843 continues to be a staple during the holiday season.

“I like the message that there’s always time to make a change, to look at your circumstances, look at your life and makes those changes to help others around you," she says.