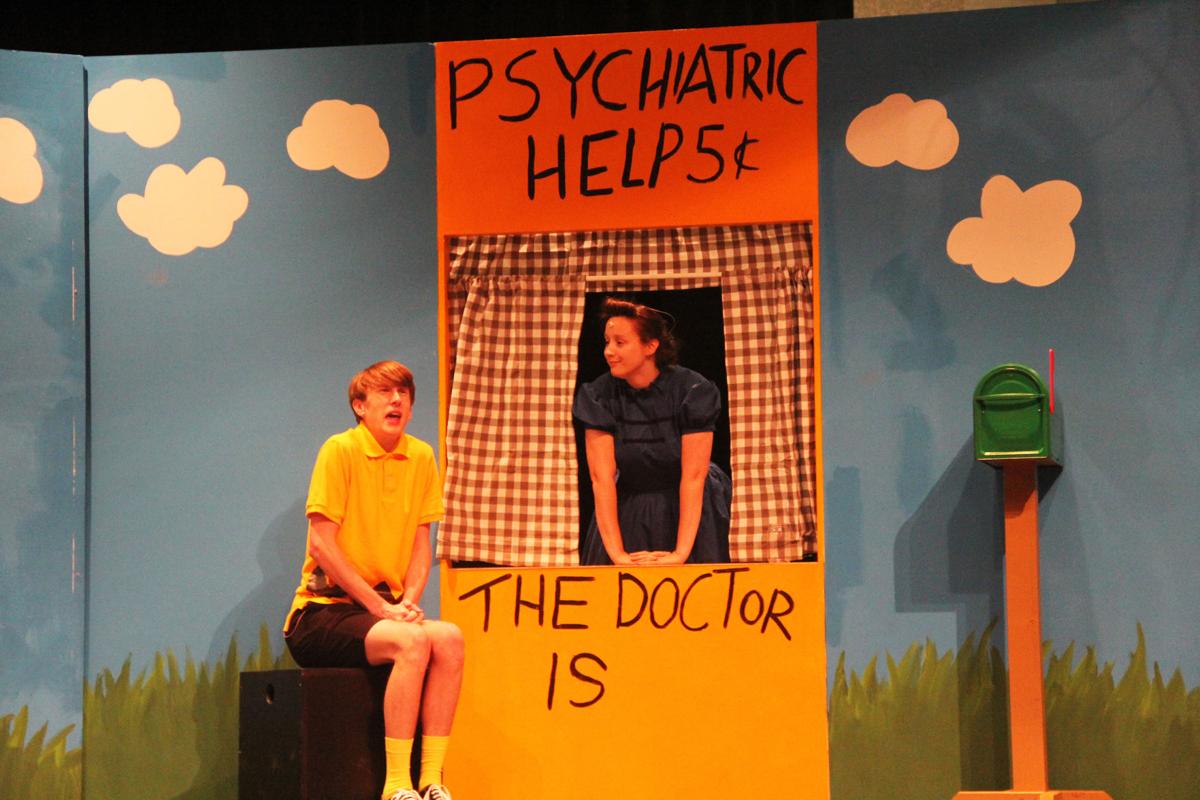 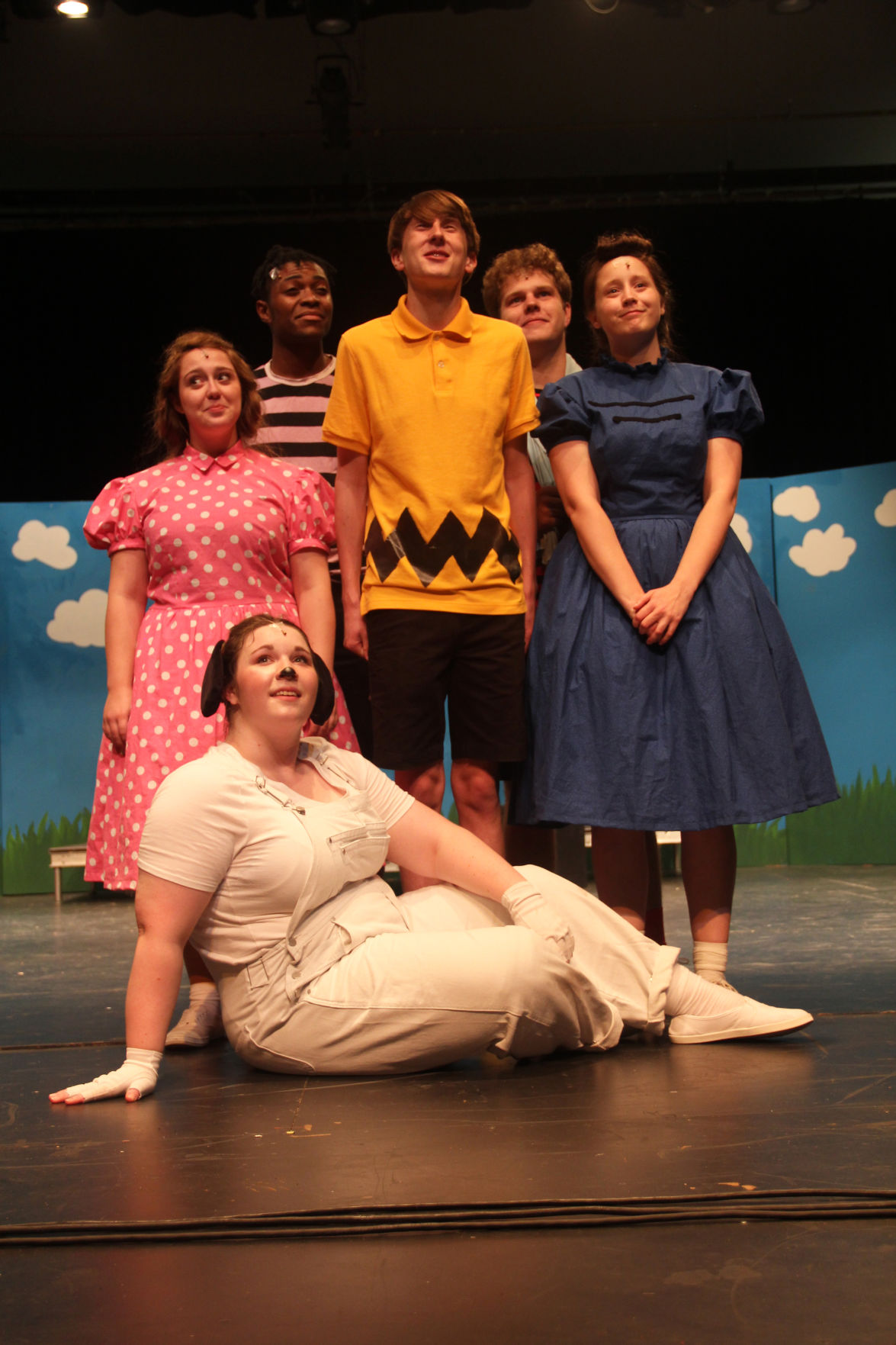 The cast of the Arts in the Park production ‘You’re a Good Man, Charlie Brown.’ It will be performed Friday and Saturday at Coleman Hawkins Park at Felix Street Square. 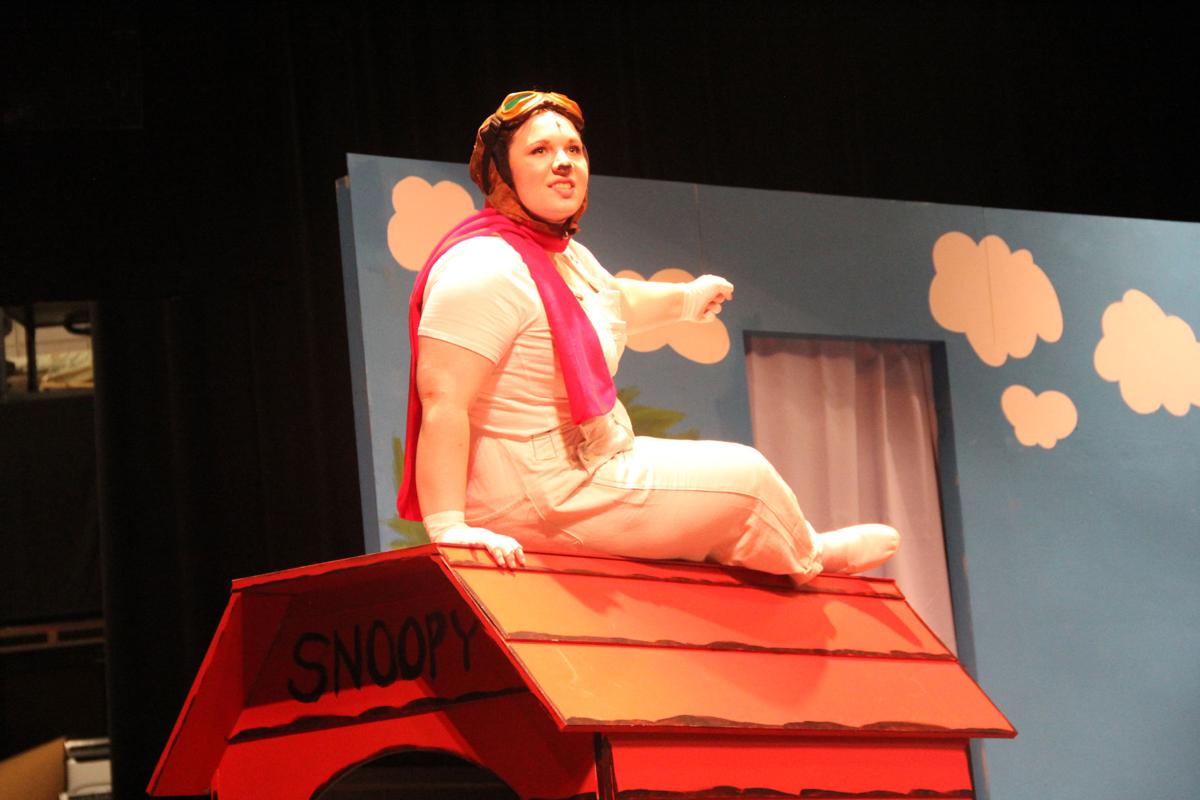 The cast of the Arts in the Park production ‘You’re a Good Man, Charlie Brown.’ It will be performed Friday and Saturday at Coleman Hawkins Park at Felix Street Square.

Missouri Western State University’s production of a classic “Charlie Brown” musical likely will be the most unique local performances of the year.

Being performed Friday and Saturday at Coleman Hawkins Park at Felix Street Square, the college’s School of Fine Arts’ “Arts in the Park” program will do something completely different — perform an entire musical outdoors.

A collaboration between downtown business owner Pat Modlin and Dr. Bob Willenbrink, the now-retired founding dean of Missouri Western’s School of Fine Arts, the idea for the musical was to link the city and the college together.

“They’re the ones that spearheaded the idea of Arts in the Parks and from there, it just flourished,” Agnew said.

The musical stars Henry Lange as the titular Charles Schulz-created character, who along with Sally (Natalie Smith), Lucy (Libby Denny), Linus (Braden Shryock), Schroeder (Adarius Wells) and his dog, Snoopy (Sydney VanDyke), gather for a series of vignettes. spanning from Valentine’s Day to Beethoven Day. In that time, we see Brown’s attitude swing from wild optimism to complete despair, with a lot of catchy songs and laughs to punctuate it.

“There’s so many vignettes, it’s like you’re turning the page of the newspaper, reading the next comic strip. It’s so fun watching the actors embrace each moment,” Agnew said.

While Missouri Western has performed some innovative, awe-inspiring productions, tackling a production outdoors was a brand new experience for Agnew and the cast.

In addition to rehearsing indoors, while planning out the staging, it also was working with a truncated schedule, when compared to its usual months-long schedule for a play or musical.

While that timeline is shorter than the normal schedule, it doesn’t mean they’re cutting corners. Agnew said the cast has been digging deep into its characters and the stage crew has been working diligently. They understand they’re doing something different and they want it to be an excellent first experience.

“Knowing it’s Charlie Brown, it’s iconic, it’s classic. Those are fun characters that we bring into our home every Halloween and Thanksgiving and Christmas,” Agnew said. “So they have a challenge of being able to bring a show like that to life.”

Being outdoors means adding more unpredictable elements to the production. Agnew said it’s challenge, but they’re preparing for everything.

“I keep telling (the cast) that having that stamina indoors ... It’s going to be even more challenging in the elements,” she said.

In the past couple of weeks, the cast has moved from Missouri Western’s choir room to a full-fledged stage, using the same staging and set pieces that will be utilized outdoors.

While there are plans formulating for future “Arts in the Park” shows, the idea was to keep their ideas grounded for the first go-round.

“While we have these really grand ideas on what we’d love to be able to do in the future, when the project was handed over to me, I was looking at it like ‘OK, what can we do realistically for this year?’ Well, let’s give them a quality show,” Agnew said.

The project combines Missouri Western students majoring in theatre, cinema and dance, meaning all of their experiences and creative abilities will combine for a special presentation.

“Because some of their students have either helped with the stage crew and painting or they’re the ones performing. One of our adjuncts, Lory Lacy, is doing the musical direction,” Agnew said.

In addition to the performance, Missouri Western will be holding some pre-show activities like art students’ demonstrations.

“It’s a way to encompass the School of Fine Arts as a whole into this show,” Agnew said.

With the help of sponsors, the musical will be free to the public. Agnew said they want to make sure everyone who wants to see some family-friendly entertainment will be able to.

“To see the support already from so many individuals and businesses around town ... It was all their support that made it just click and it made me feel like ‘We can do this’ and ‘We’re going to do this,’” Agnew said.

The important thing for Agnew is that people come to see what Missouri Western has to offer and that they’re entertained.

“I made it a point when we did the casting, we wanted to cast Missouri Western students and community members. I want to show that we can work together and have fun with it. And we hope that those watching can see how much fun we’re having,” she said.

The production is free and open to all ages. In the event of inclement weather, the production will be moved indoors to Christ Episcopal Church, 207 N. Seventh St.

Arts in the Park presents 'You're a Good Man, Charlie Brown'