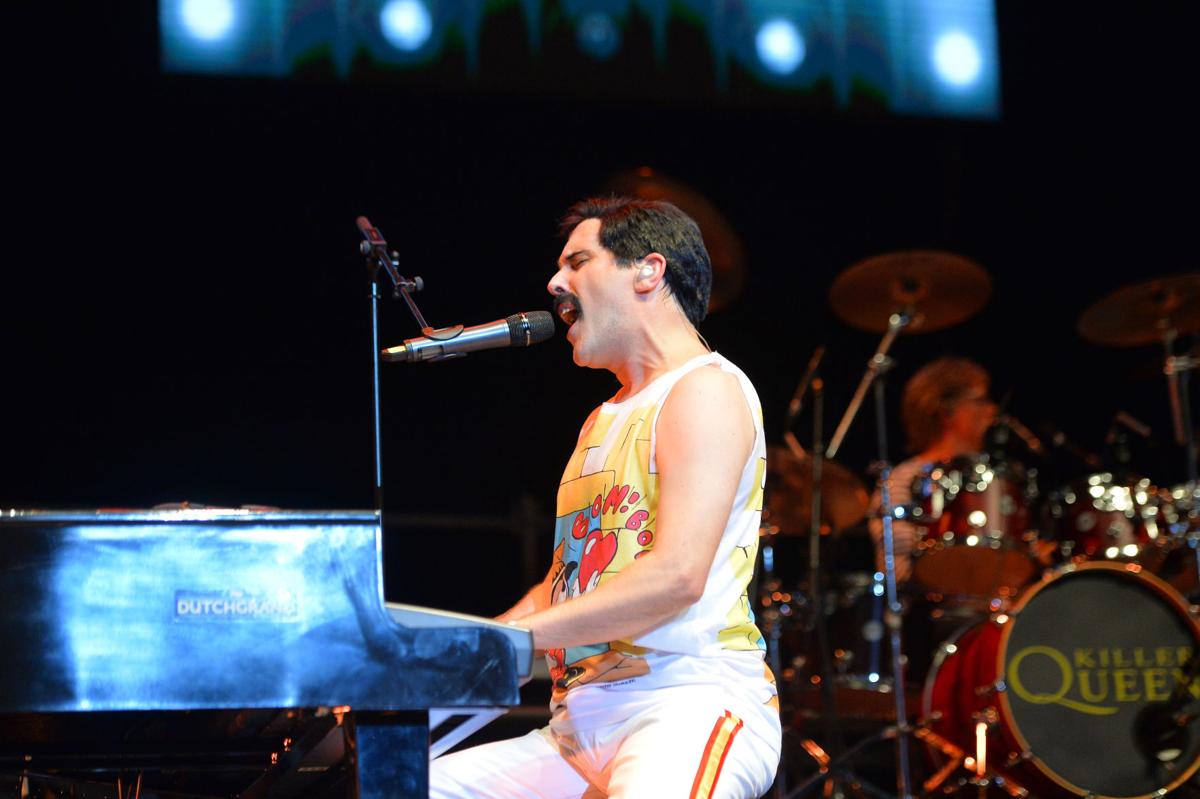 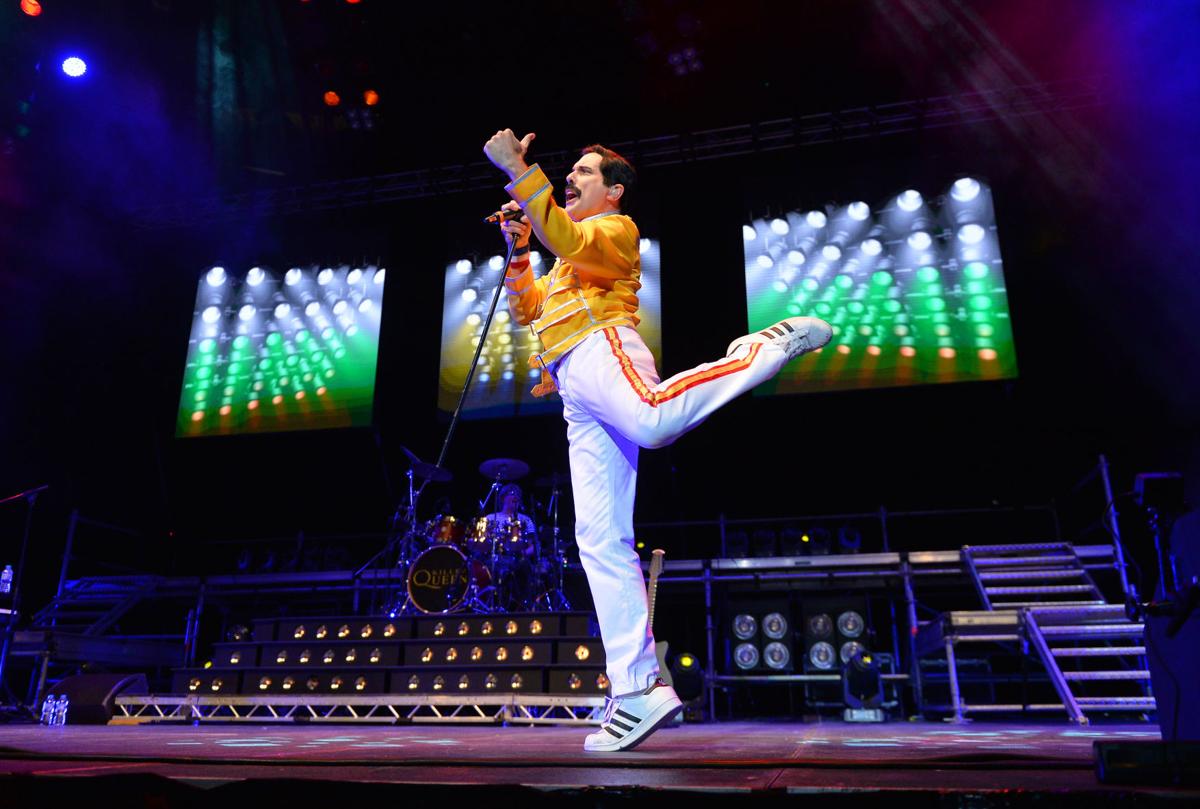 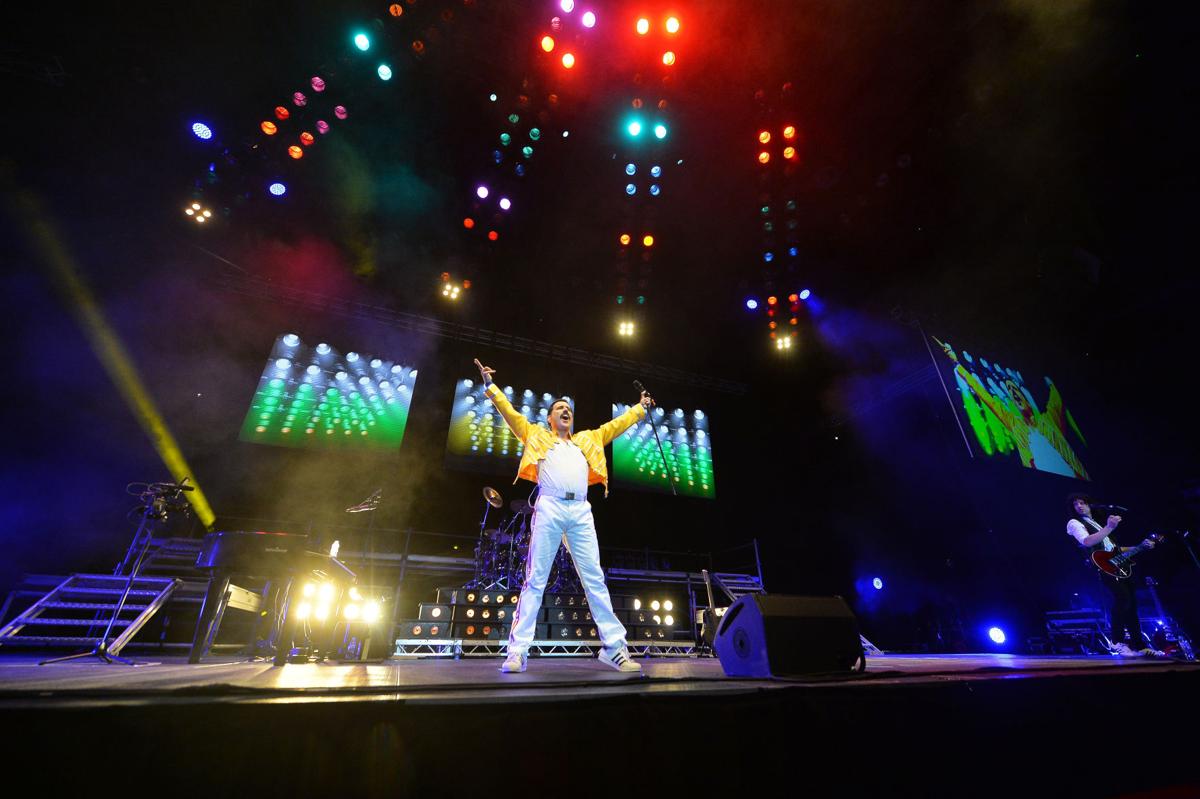 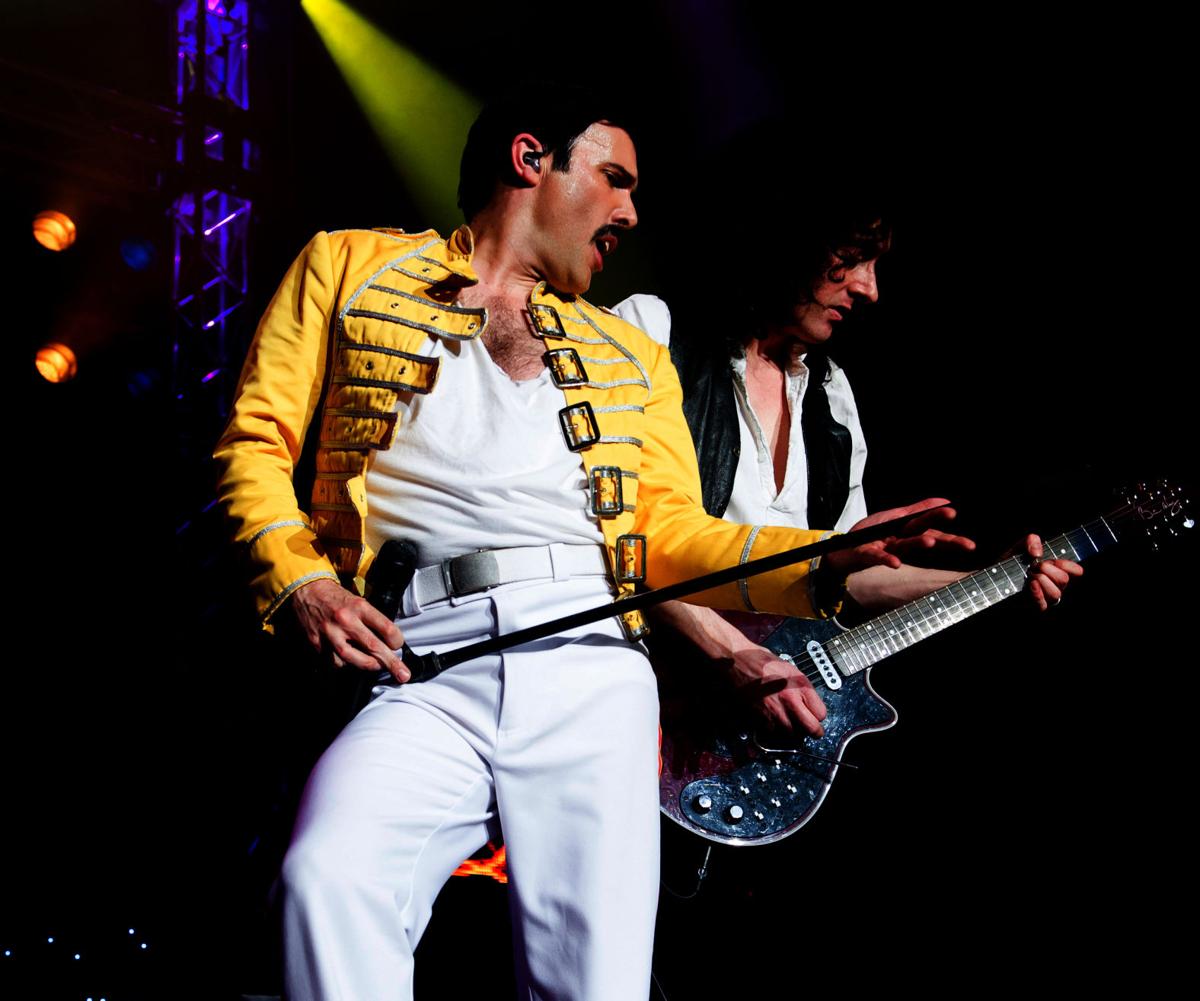 The band Killer Queen will perform at the Missouri Theater on Friday, Oct. 4. It is presented by the St. Joseph Performing Arts Association.

The band Killer Queen will perform at the Missouri Theater on Friday, Oct. 4. It is presented by the St. Joseph Performing Arts Association.

Patrick Myers grew up like many kids do, listening to his mom’s Beatles records, wanting a band to claim as his own.

“I thought ‘How do you just do that?’ ... It was like this epic odyssey and then someone quite simply said, ‘Oh, listen to band, see what you think.’ And shoved some headphones on my ears and it was Queens’ ‘Greatest Hits,’” he said.

That simple gesture led to Myers falling in love with Freddie Mercury’s soaring vocals and the band’s tight musicianship. It was enough for him to form his internationally renowned tribute act, Killer Queen.

Having sold out some of the same venues where Queen performed, Killer Queen will be making its way through the U.S., with a stop at the Missouri Theater at 7:30 p.m. Friday, Oct. 4. The show is presented by the St. Joseph Performing Arts Association.

“They were so good at what they do. It would be kind of pressure, but I quite enjoy the craftsmanship and the discipline you’ll have with vocals and everything really to make sure you’re serving your audience the best thing you can give them,” Myers said.

A Killer Queen show is both a tribute and reinterpretation of the classic band’s legendary live performances, mixing giant hits like “Don’t Stop Me Now” and “Another One Bites The Dust” with deeper cuts for long-time fans. Myers said it’s a delicate balance to strike, but he thinks they’ve gotten a hang of walking that tightrope.

“You need to surprise an audience. You can’t just keep playing tons of hits. You’ve got to put stuff in there that’s going to reward the people that listen to the albums,” Myers said.

The band has had the educational experience of building a killer Killer Queen set through decades of shows, starting with its first performance, which Myers described as a “trial by fire,” in front of a thousand college students.

“There was some crazy happenstance, which meant the big, huge band, which was going to be Blur or Suede or any of the Britpop bands at the time, they had to cancel because there was a licensing issue that had gone astray,” Myers said. “They literally booked us sight unseen to headline this massive show. We hadn’t done a show.”

It was originally expected to be a much smaller show, with the band wanting to work through the grief of losing Mercury by giving people an experience they’d been robbed of with his death.

“There wasn’t a tribute scene ... If you haven’t seen Queen do it, you wouldn’t see those songs live. So we thought we would do a show for everyone our age because we all missed the boat and had the gates of Valhalla slammed in our face,” Myers said.

Fate was on Killer Queen’s side. Despite it being its debut show, the concert went over with acclaim, massive press coverage and offers for the band to take its act on the road. Decades later, the group has performed at Red Rocks and Austin City Limits. But, as Myers said, the nerves of that first performance still linger.

“The fear we had on our very first show never really goes away. You’re always trying to hold yourself up to something, and if you’re going to try to do something like Queen, there isn’t room for failure,” Myers said.

During the past year, the band has seen a boom in bigger venues and attendance, coordinating with the success of the 2018 Freddie Mercury biopic “Bohemian Rhapsody.”

Myers said that while the band never faded from cultural memory in the U.S. and the U.K., the film helped open a new fanbase for Killer Queen.

“It’s always been popular. It’s always been a good draw in the sense of people who love the music. I think what’s happened is that ... It’s woken up a lot of promoters to just how popular this music is,” he said.

To be able to give people that live Queen experience, to stomp their hands and clap their feet to “We Will Rock You” or bang their heads to “Bohemian Rhapsody” is a joy that the band does not take for granted.

Tickets to Killer Queen are $12 to $45. They are available by calling 816-279-1225 or visiting www.saintjosephperformingarts.org. The show is open to all ages.