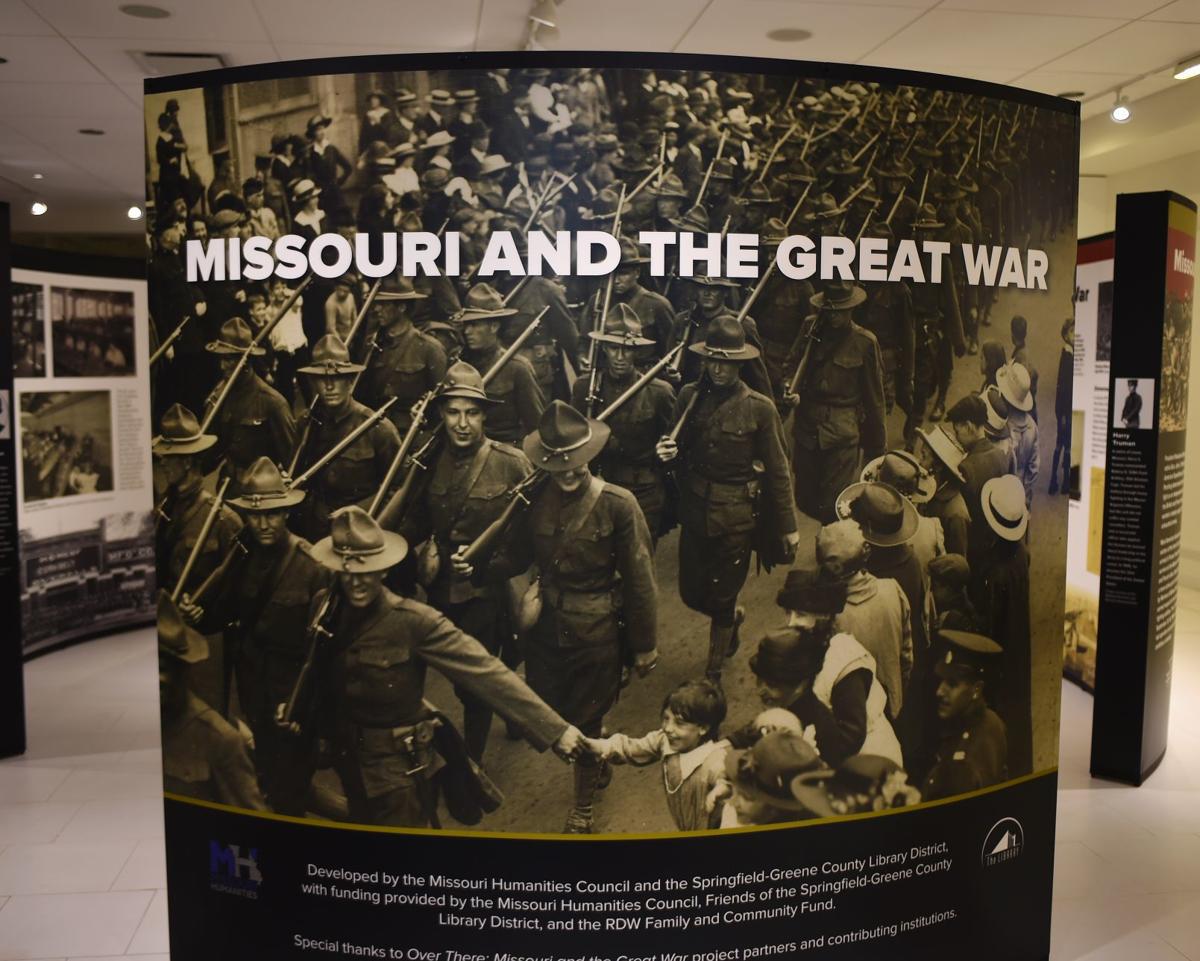 A part of the exhibit, ‘Over There: Missouri and the Great War,’ at the East Hills Shopping Center. 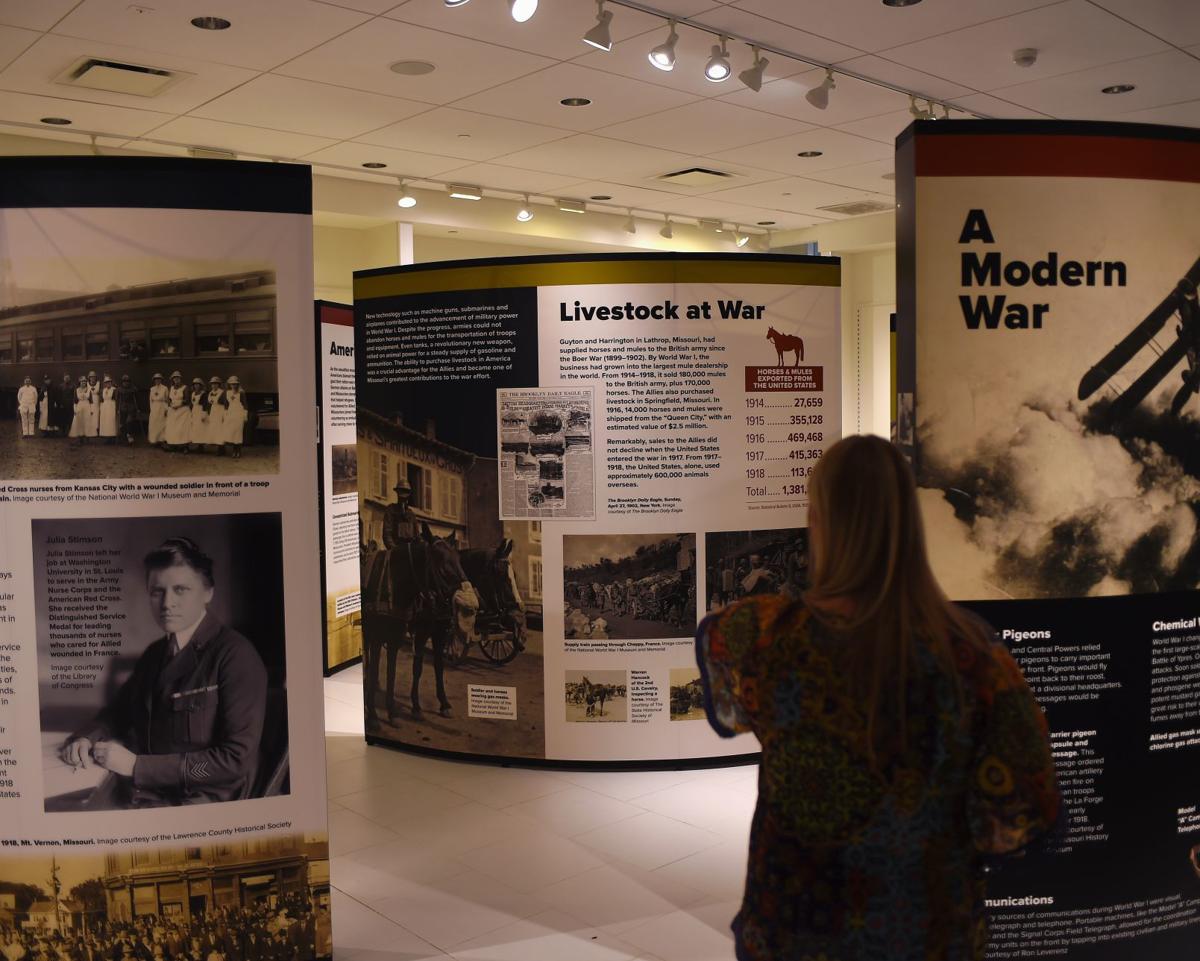 St. Joseph Museums director Sara Wilson looks at the ‘Over There: Missouri and the Great War’ exhibit. 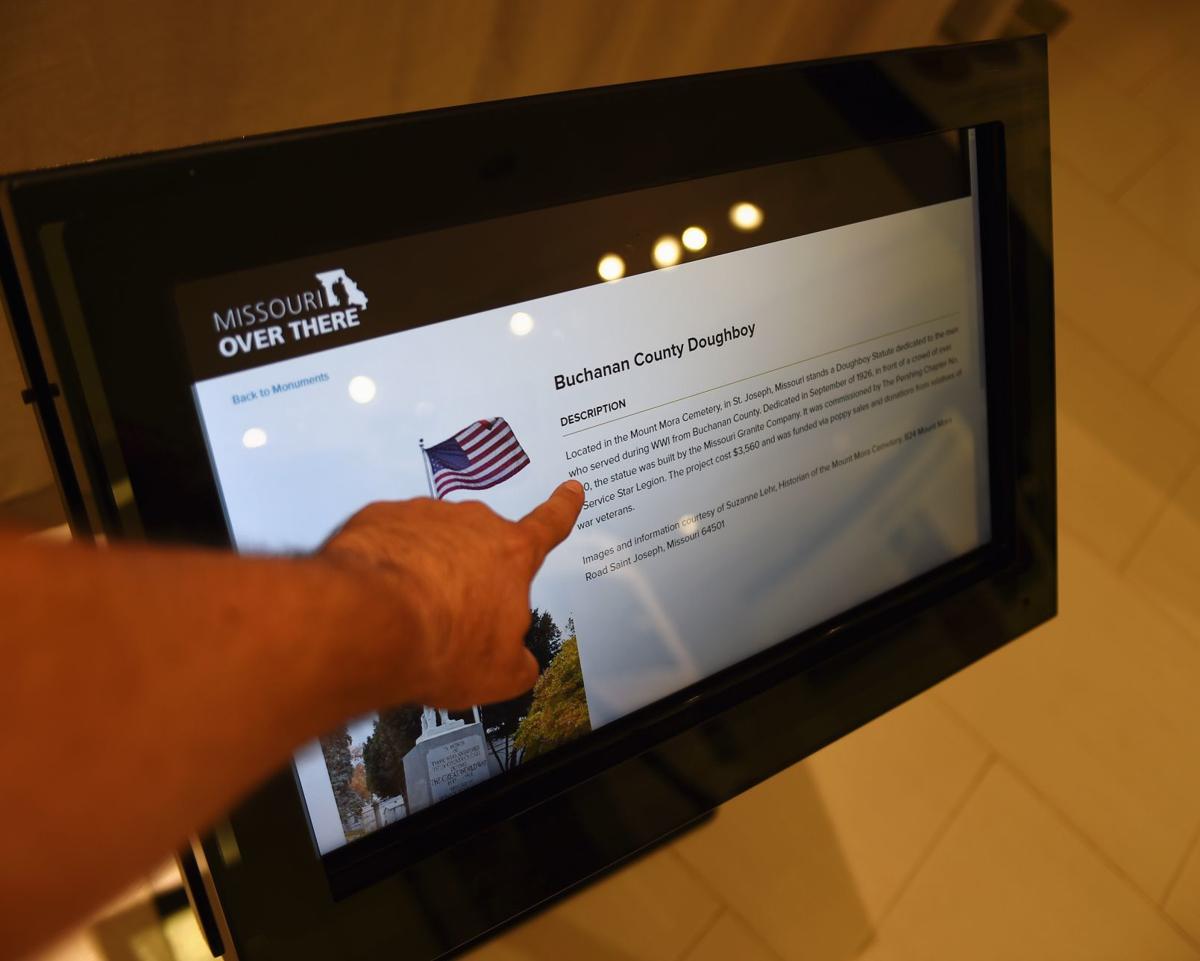 An interactive map of World War I monuments is one of the features of the exhibit. 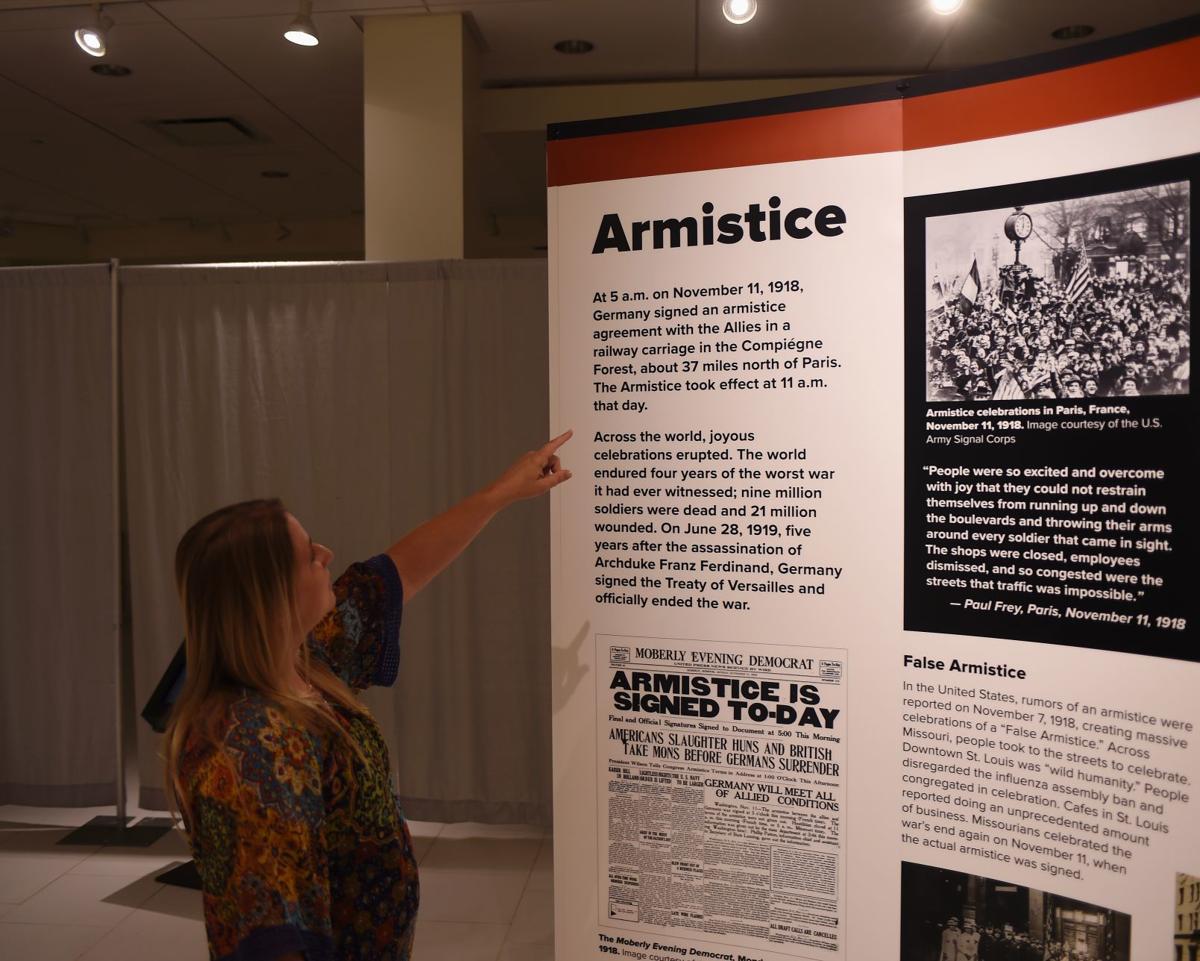 St. Joseph Museums director Sara Wilson points out some facts at the "Over There: Missouri and the Great War" exhibit.

A part of the exhibit, ‘Over There: Missouri and the Great War,’ at the East Hills Shopping Center.

St. Joseph Museums director Sara Wilson looks at the ‘Over There: Missouri and the Great War’ exhibit.

An interactive map of World War I monuments is one of the features of the exhibit.

St. Joseph Museums director Sara Wilson points out some facts at the "Over There: Missouri and the Great War" exhibit.

100 years after the end of World War I, a new exhibit at the East Hills Shopping Center — “Over There: Missouri and the Great War” — focuses on the intersection of the effect it had on America and how Missouri influenced it.

Presented by St. Joseph Museums, “Over There” is one of the first exhibits the organization has showcased at the mall.

“Philosophically, I believe in a museum without walls,” Sara Wilson, executive director for St. Joseph Museums, says. “It’s not the structure. It’s the work that we do.”

The exhibit will be open until Sunday, Sept. 2. It is free and open to the public.

With the Armistice signed in November 1918, Wilson thought it would be a good time to look back at the innovations and aftermath of World War I.

“As we reflect on it, we say ‘What did we learn from World War I?’ That’s been a big question,” Wilson says. “It was ‘The War to End All Wars,’ and obviously, we still go to war. So how do we process that and what do we learn?”

The goal wasn’t to shower people with numbers and battles, but to humanize the experience of World War I before, during and after.

“I’m not the kind of historian that loves ‘Ooh battles’ and ‘How many people died at this battle and what was the strategic offensive,’” Wilson says. “If you look at this whole social epic, it becomes really interesting.”

Through grooved walls of stunning pictures and text, the story of World War I is laid out. A section is focused on the innovations made when it came to weapons and vehicles.

“It was one of the very first highly mechanized wars, so chemical warfare was brand new. Airplanes and ships were going to war. Tanks and automatic weapons led to this particularly brutal war,” Wilson says.

With America’s entry into the war in 1917, the exhibit also looks at how Missouri and St. Joseph contributed to its involvement through its soldiers, local industries and mules.

There’s also a focus on the ugly aftermath of the effect it had on soldiers who came home.

“After the war was finally over, you have, coming out of it in the 1920s, what people refer to as ‘The Lost Generation,’” Wilson says.

The exhibit looks at soldiers who attempted to party away their trauma or got lost in a state of disillusionment and shell shock.

“You had the Roaring ’20s and they lost ambition. They were like ‘We’re going to just enjoy life,’” Wilson says.

At the St. Joseph Museums, there are poppies to remember war dead. Discovered at a mass cemetery near the location of several bloody battles, the flowers went on to represent the lives lost during the war.

The exhibit also takes a look at the good that came after World War I. It highlights women getting the right to vote and the expanded participation of African-Americans in the U.S. Army.

A collaboration with East Hills, the St. Joseph Museums is proud to be able to get the traveling showcase to an unorthodox spot in the city.

“We are here to serve our community. We have two primary audiences: The people from out of town and people locally. We want to serve them both,” Wilson says. “This gives us one more way to reach out and say, ‘Hey guys, we’re here. We’re here to share history with you. We’ll answer questions. We’ll be a resource.’”

"Over There: Missouri and the Great War"