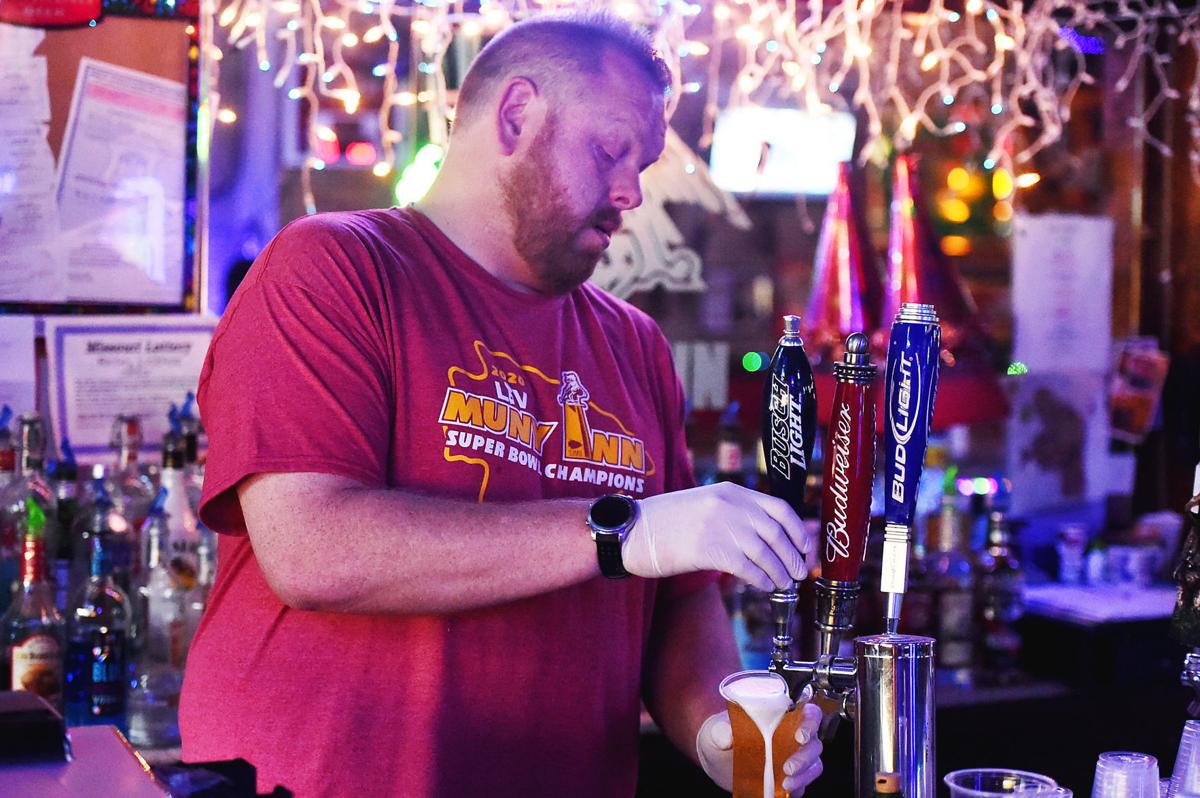 The Muny Inn manager Timmy Lawrence pours a beer during the reopening of the bar on May 18. 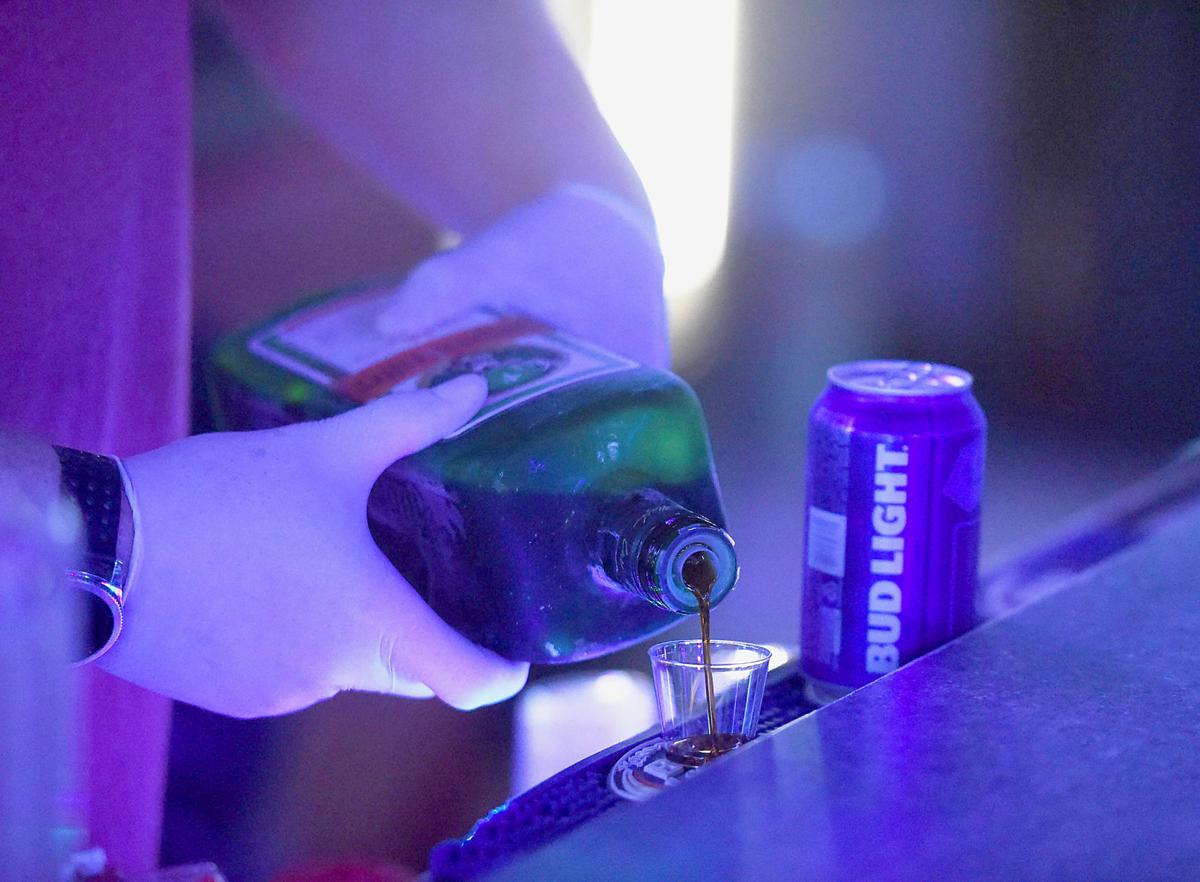 Muny Inn manager Timmy Lawrence pours a shot of Jaegermeister during the bar’s reopening on May 18.

The Muny Inn manager Timmy Lawrence pours a beer during the reopening of the bar on May 18.

Muny Inn manager Timmy Lawrence pours a shot of Jaegermeister during the bar’s reopening on May 18.

On May 15, St. Joseph City Council allowed for bars in the area to reopen, with rules in place like 6 feet of distancing between seating and tables, advanced reservations or immediate seating for all patrons and the bartender to record names and phone numbers in order to trace future possible outbreaks.

Venues like The Rendezvous and River Bluff Brewing Co. reopened promptly, while Lawrence said he wanted to take an extra weekend to make sure the Muny Inn had adequate equipment, seating and was as clean as possible. The bar reopened on May 18.

“We’ve been cleaning the whole time, even when we were closed. People said, ‘This is the cleanest I’ve seen it in 30 years.’ I guess I’ll take that as a compliment,” he said, laughing.

Co-managing the bar since 2013, Lawrence said this is an entirely different experience than anything he’s encountered before. With each order, he takes people’s names and phone numbers down, changes his gloves with every order and wipes down the bar, tables and doorknobs in intervals.

“I think it’s gonna take about a week for us to just get everything under control just to get everybody on the same page,” he said.

The past two months, Lawrence said, were filled with anxiety. While he received stimulus funding, he had to take side jobs to make sure the bills for The Muny were current so he could reopen without a problem. As summer approached, he said desperation started to set in.

“If they told me to kiss a pig on the courthouse steps, I would do it just to stay open,” he said.

While the bar is making less money with the limited capacity, Lawrence said he remains optimistic about the chance it’s been given.

Not every bar in the area is celebrating, at least not yet. Owners at places like Unplugged, a bar and open mic music venue, said the current restrictions would cause them to lose more money than reopening would bring in. Unplugged owners did state the business would open when it’s allowed to operate at full capacity.

“While we do appreciate the city’s efforts to let bars reopen, our place just isn’t big enough to generate the revenue needed to afford being open with the restrictions,” it said in a statement on social media.

The video gamed-themed bar Club Geek also announced that its limited space would not make financial sense to reopen, but the owners plan to continue to operate curbside alcohol service.

Other bars, like the part bookstore The Tiger’s Den, will wait a little longer. It plans to reopen on Wednesday, June 3, while operating curbside six-pack sales on Friday and Saturday nights.

“The health and safety of our customers and our employees are our number one responsibility,” the owners stated on social media.

While bars like the Muny Inn are in a celebratory mood, as people feel a sense of normalcy going back to their old watering hole, the fear of another shutdown lingers, as cases in Buchanan County increase.

“Everybody’s got to work together. If the City Council says we have to shut down again, it’s because things are getting bad and people are not doing what they’re supposed to,” Lawrence said.

As the music plays and Lawrence pours more drinks, he said he hopes people will take safety precautions seriously so another shutdown is avoided.

“I think now that we’re open, there was a bit of anxiety to get to this point and just an anxiety to maintain what we’re doing and to keep going,” he said. “The shutdown has made me appreciate this place a lot more, especially the people ... I’m just happy to be back.”