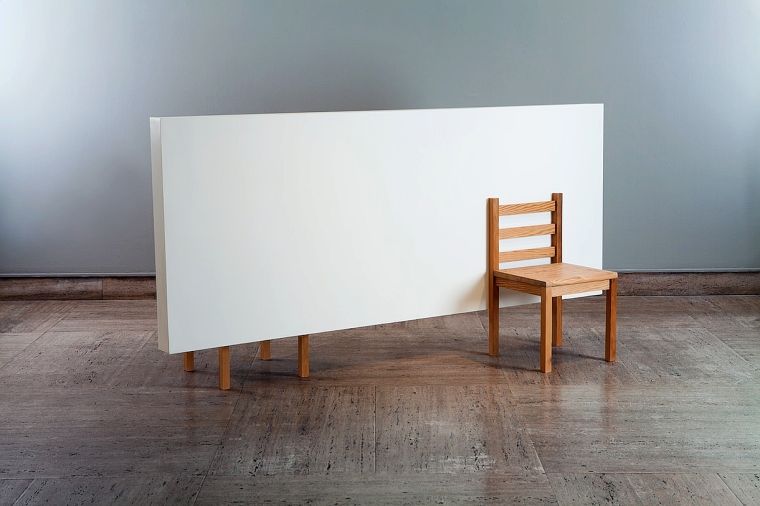 Jason Ramey's 'This Side and the Other' 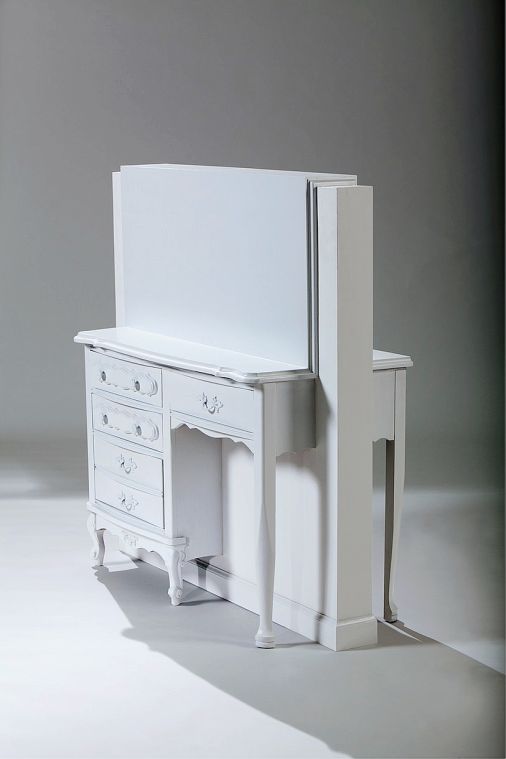 Jason Ramey's 'This Side and the Other'

Some people let their past haunt them, others take it and turn it into art.

Having grown up in a small G.I. house with his mother and brother, artist Jason Ramey was exposed to things kids normally don’t deal with. He lived next door to a crack house, and he was often showered with deals from drug dealers and users. Naturally, he took those experiences and made them art, like what a tenant of the crack house named Kenny said to him.

Titled “Jay, it’s a decent house, it’s got crown molding,” one of Ramey’s sculptures is a delicate combination of wood and plaster that places the crown molding, often used on additions to make houses look better, on a pedestal.

“(Crown molding) does not change the location and it doesn’t change the history of the house,” he says, laughing.

Ramey has a collection of the memory-driven pieces on exhibit at Olive DeLuce Art Gallery on the campus of Northwest Missouri State University until March 7. An artist and former furniture designer, Ramey decided after doing long, repetitive work while working on his Master of Fine Arts from the University of Wisconsin-Madison.

“I started saying ‘Well, I could make furniture and design furniture, but can I make something that really addresses my past, my history?’” he says.

With his pieces displayed at exhibits across the United States and him being awarded the International Sculpture Center’s Outstanding Student Achievement in Contemporary Sculpture Award, it’s safe to say he’s serving his past well.

Two new exhibits to open at Albrecht-Kemper Museum of Art