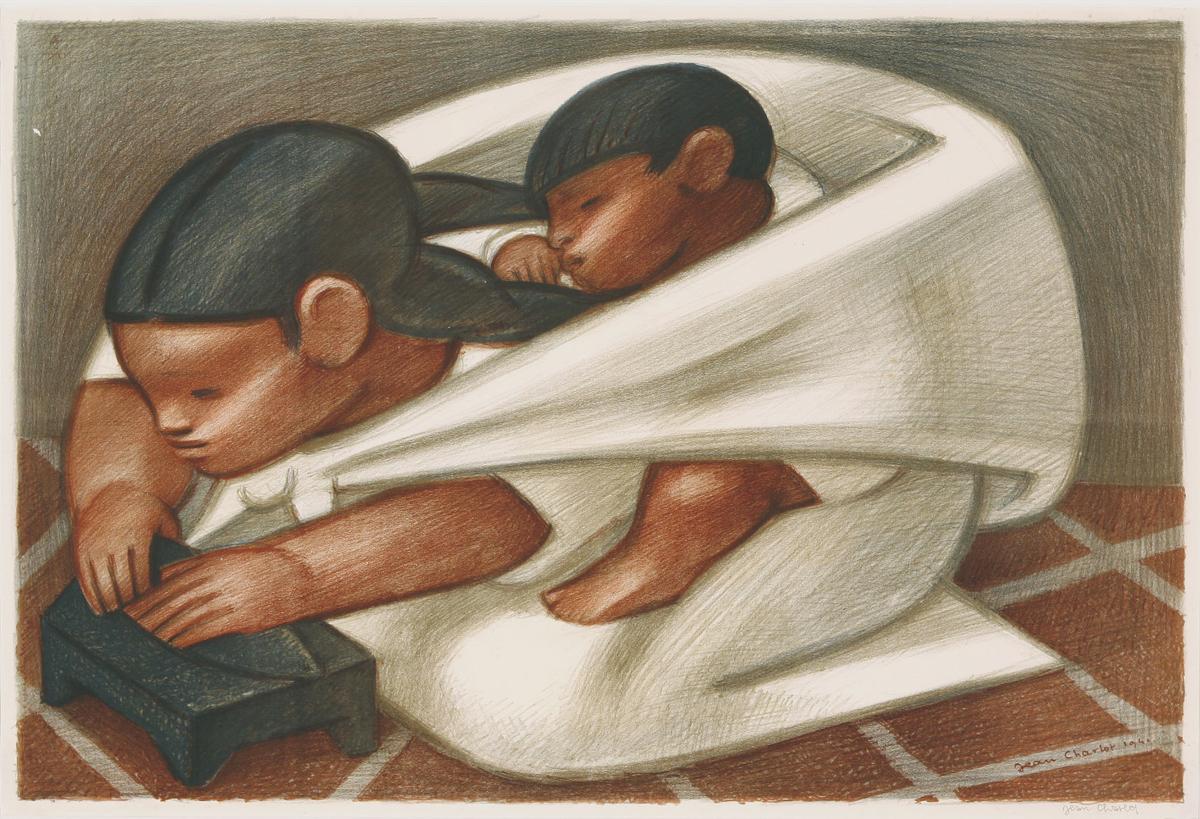 Jean Charlot’s ‘Tortillera with Child’ will be a part of the Albrecht-Kemper Museum of Art’s new exhibit ‘Power to the People: Mexican Prints from the Great War to the Cold’ It debuts on Friday. 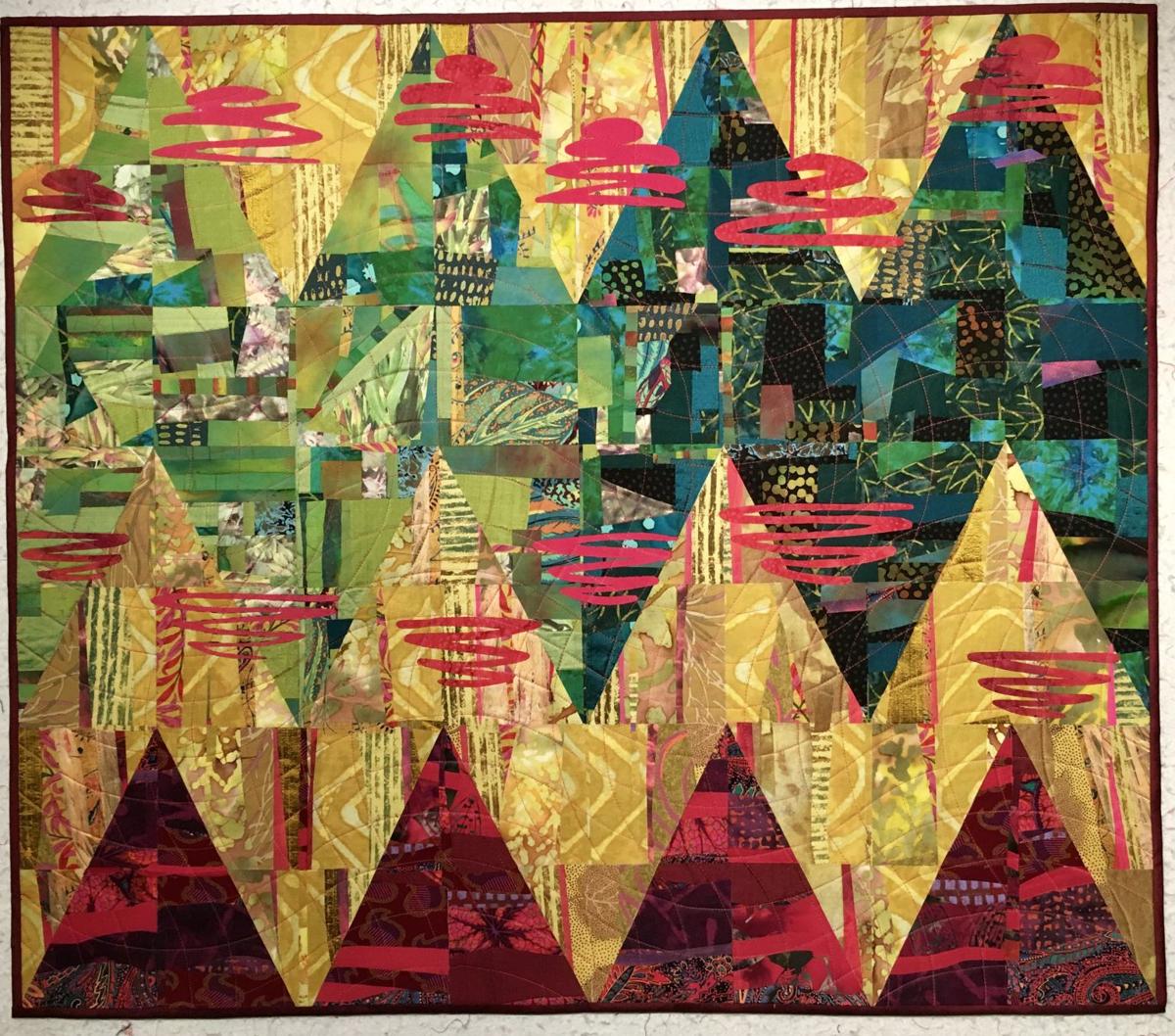 This quilt by Carol Jones that will be featured in ‘Studio Art Quilt Associates Present de.light/FULL’ at the Albrecht-Kemper Museum of Art.

Jean Charlot’s ‘Tortillera with Child’ will be a part of the Albrecht-Kemper Museum of Art’s new exhibit ‘Power to the People: Mexican Prints from the Great War to the Cold’ It debuts on Friday.

This quilt by Carol Jones that will be featured in ‘Studio Art Quilt Associates Present de.light/FULL’ at the Albrecht-Kemper Museum of Art.

After being shut down for several months, the Albrecht-Kemper Museum of Art is back with a fitting exhibit.

One of two new exhibits debuting Friday, June 12, at the museum at 2818 Frederick Ave., the print showcase “Power to the People: Mexican Prints from the Great War to the Cold War” was one that was conceived of long before the current protests.

“A lot of these artists were very political, they were making statements about their society. So I think that will connect with a lot of people that these are artists making statements and protesting things or trying to improve their world,” Megan Benitz, interim director for the Albrecht-Kemper Museum of Art, said.

The exhibit will debut alongside a quilt display, “Studio Art Quilt Associates Present de.light/FULL,” a collection of 30 quilts by artists in Missouri, Kansas, Oklahoma and Indiana, where they explore personal definitions of “delight” and “abundance.” Benitz said the exhibit goes beyond what people expect from traditional quilts.

“These are art quilts ... the (artists) sometimes use unusual materials or techniques and they’re much more about creating a specific, expressive piece of art using fabric and the history of quilts,” Benitz said.

The exhibit, curated by Cynthia Parry and Cindy Brendzel and juried by Rosalie Dace, aims at opening the viewer’s mind about how quilts can be used as art and how they are able to communicate emotion and personal experiences.

In a more direct way, “Power to the People” is a blunt look at a time of revolution and social tumult. Showcasing photographs of the historical, political and social conditions in Mexico between World War I (1914-18) and the onset of the Cold War in the late 1940s, it’s an emotional journey through a time and perspective that doesn’t always get its due.

“We’ve had the philosophy in the last few years of kind of expanding the idea of ‘What is American art?’ We’ve featured more Native American art in our Western collection and the collection as a the whole. I think this fits right in with that in that people might not think right off the top of their head,” she said.

Planning the exhibit years in advance turned out to be prescient with the protests going on around the world. Benitz said exhibits like this personalize stories of social injustice and struggle and widen the scope of what it means to influence American art and culture.

With the exhibits being the first to debut after the COVID-19 shutdown, the museum will conduct business somewhat differently. There will be no opening reception for the exhibits. The staff will wear masks and increase cleaning measures. The viewing public is asked to keep a safe distance from each other as they take in the new displays. And the museum will continue engaging with its audience on social media, for those that don’t feel safe going out yet.

“We’re still not having large events, our summer camp, things like that. We’ve started off with a small group classes. And now we’re just kind of, we’re waiting for the next recommendations and regulations to see what sort of steps we need to take in the next phase,” Benitz said.

Both exhibitions will be available for viewing during regular business hours, from 10 a.m. to 4 p.m. Tuesday through Friday, and from 1 to 4 p.m. Saturday and Sunday. For more information, call 816-233-7003.