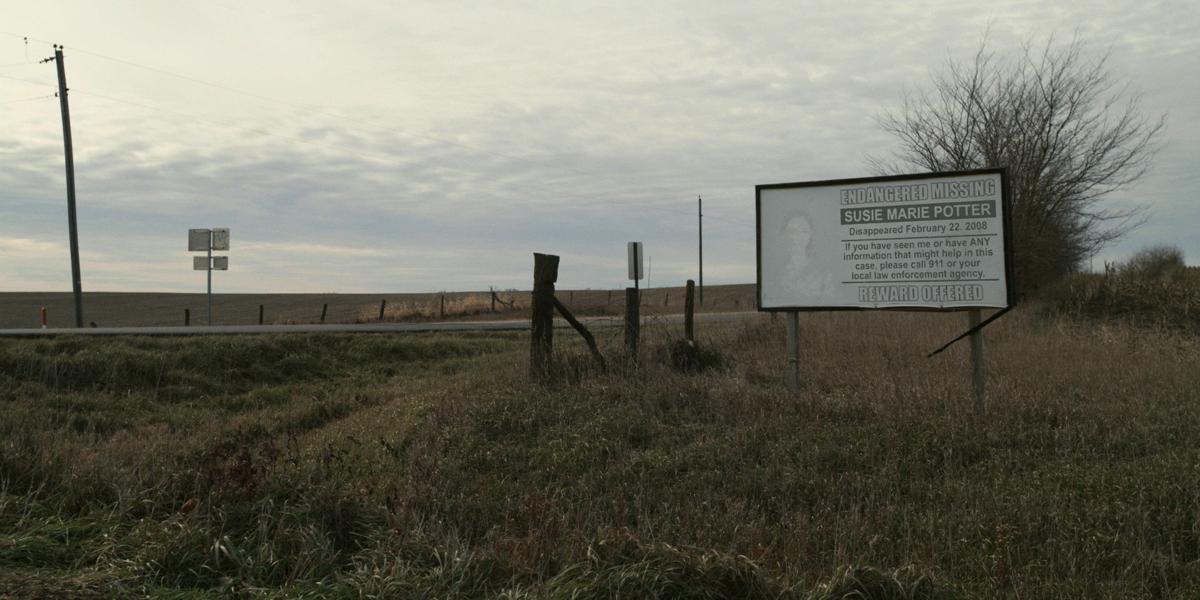 A scene from the movie ‘Below The Fold.’ The film was directed by Clayton Scott and shot in Skidmore, Maryville and St. Joseph. 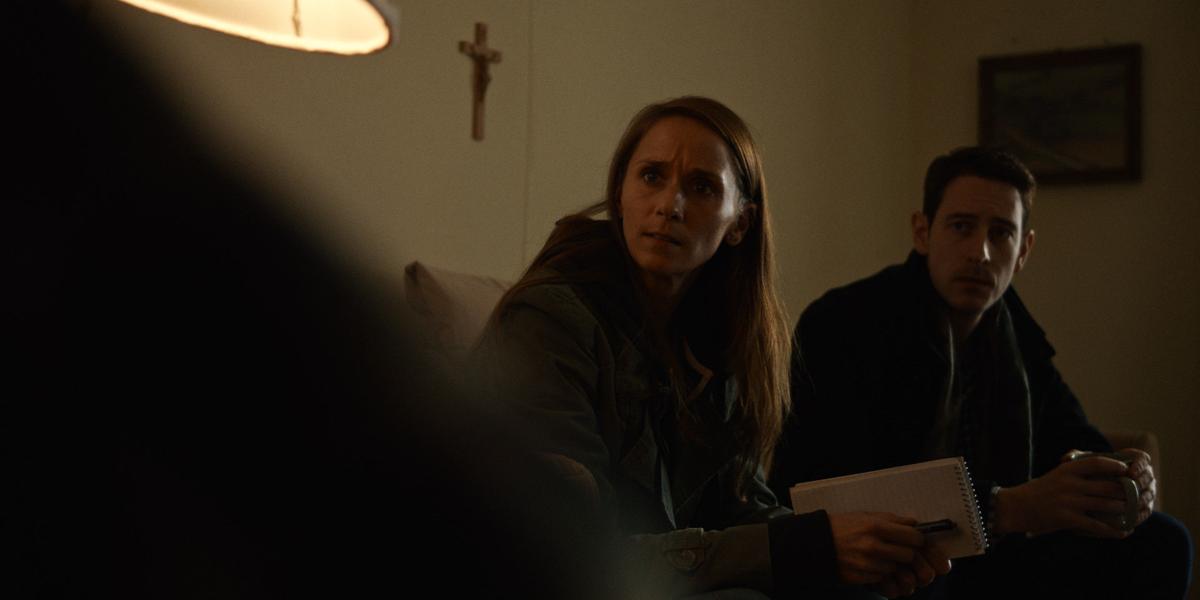 Two journalists are in search of a missing girl in the drama ‘Below The Fold,’ directed by Clayton Scott. The movie was shot in Skidmore, St. Joseph and Maryville, Missouri, in 2017 and 2018. 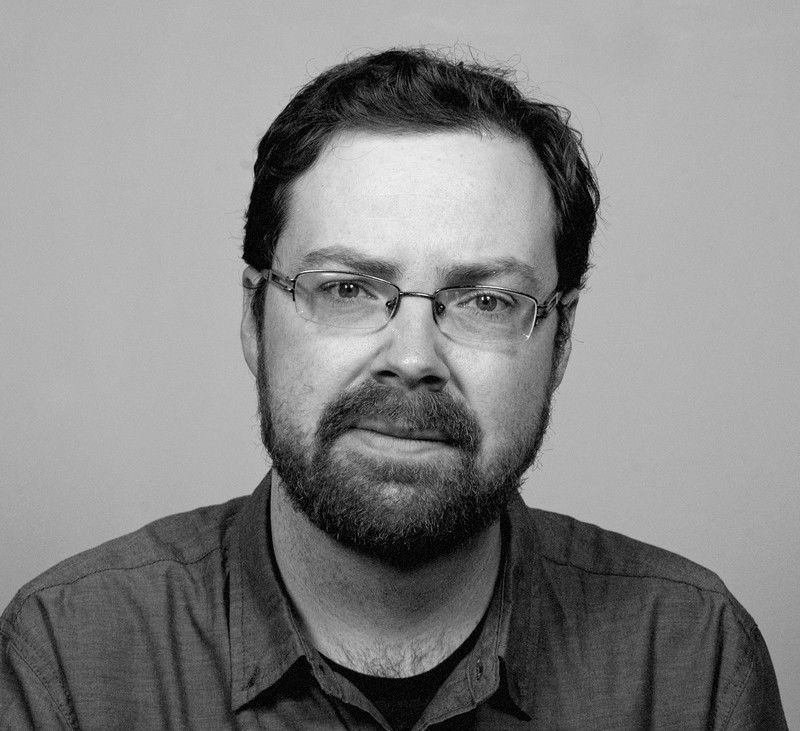 Writer-director Clayton Scott, a Worth County native, created the movie 'Below The Fold.'

A scene from the movie ‘Below The Fold.’ The film was directed by Clayton Scott and shot in Skidmore, Maryville and St. Joseph.

Two journalists are in search of a missing girl in the drama ‘Below The Fold,’ directed by Clayton Scott. The movie was shot in Skidmore, St. Joseph and Maryville, Missouri, in 2017 and 2018.

Writer-director Clayton Scott, a Worth County native, created the movie 'Below The Fold.'

In order for filmmaker Clayton Scott to direct his first movie, he had to bring it back home.

While trying to break into the film scene in California, the Worth County native got the idea for a journalist-centric drama set around his old stomping grounds.

“The one good thing I got out of (moving to California) was when I started writing this movie,” he said, laughing.

A fictitious drama that follows two journalists, Lisa Johnson (Sarah McGuire) and David Fremont (Davis DeRock), as they look for Susie Potter, a missing girl in Skidmore, Missouri, “Below The Fold” is a microbudget, labor of love from Scott and the film’s cast and crew.

Inspired by movies like “All The President’s Men” and “Zodiac,” Scott said he aimed for a realistic, grounded depiction of shoe-leather journalism in search of the truth.

“It’s been 10 years since the case went cold, and once they start investigating, there’s some interesting new information that comes up, it kind of sets them on their way. (It’s) Woodward and Bernstein, but in a small town,” he said.

Setting the movie in Skidmore, which is known for its share of tragedies and murders like Ken Rex McElroy, Bobbi Jo Stinnett and Branson Perry, Scott said he wasn’t looking to bring any real-life trauma into the movie. He did it out of his childhood interest in the small town.

“It’s just interesting because that town always fascinated me. Obviously, the succession of three different crimes in the early 2000s, they had had a big impact on me growing up ... It hits home when a place that close has such horrible crimes and tragedies,” he said.

After gathering his cast and crew, they shot the movie in Skidmore, Maryville and St. Joseph. For everyone involved, it meant weeks of getting off work from their regular jobs and driving 90 minutes to shoot during the weekend.

“I’d say half of the weekends of the nine weekends we shot, we would shoot on Friday night. So it’s like you’re going up there shooting, you go pretty late, get a little bit of sleep. It was definitely a grueling shoot,” he said.

Shooting in Skidmore, a place known to be protective when it comes to media entering the area, Scott said people were welcoming.

“I would go up there and scout locations, and I know that the town kind of has a history. But at the same time, a lot of the people were very helpful and for me and shooting there was just like the same as everywhere, even where I’m from, some people would help and some wouldn’t,” he said, laughing.

While Skidmore is mired in tragedy, with it serving as the center for the recent docu-series “No One Saw a Thing,” Scott didn’t want to distract from the movie’s story.

“I grew up in Worth County and Nodaway County was the adjacent county, so we’d hear all about that growing up ... My mom lived in Skidmore for a year with her first husband in the ’70s when McElroy was still around. So she knew he was obviously well known and notorious. You just kind of knew not to mess with him,” he said.

Drawing inspiration from his childhood, Scott said he worked in the small town mindset and rumor mill that he often encountered when tragedies like Perry’s disappearance or Wendy Gillenwater’s brutal murder occurred. Scott said stories about the town, from the disappearances to tales of McElroy, ran rampant.

“Everyone has a story about McElroy. My dad, who’s not from that area, but (he) would judge coon hunting competitions and McElroy would have his dogs there (and have) little brief conversations and he actually was really good at them,” he said.

While Scott said he wasn’t sure about how the setting of Skidmore would translate to a bigger audience far from Missouri, he felt like it had the perfect atmosphere for a mystery.

“It’s a town that has a vibe. People locally, from Kansas City to Northwest Missouri, I think tonally, they understand it. But at the same time, somebody from Utah or California or New York, they wouldn’t need to know anything about Skidmore to understand the story. I think, hopefully, in terms of cinema, they can put two and two together,” he said.

While the movie likely won’t be released until 2020, as Scott shops the film around at film festivals, he hopes it will stay with everyone who watches it.

“I’m hoping it’s something that stays with them, that it keeps them in that world even after (it’s ended). That’s a sign of good storytelling and I hope we’ve done that,” he said.