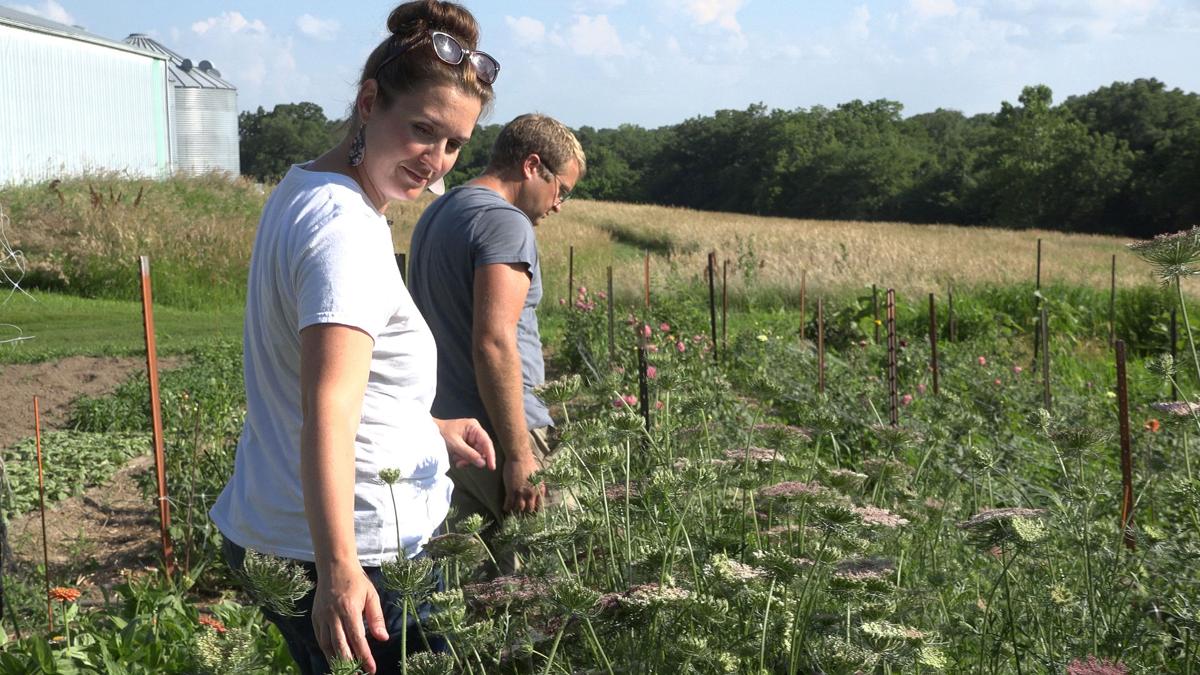 Lynn and Tim Windmeyer walk through their flower field on Monday afternoon. The couple run Homeplace Fields, a flower farm that offers many traditional and nostalgic flowers. 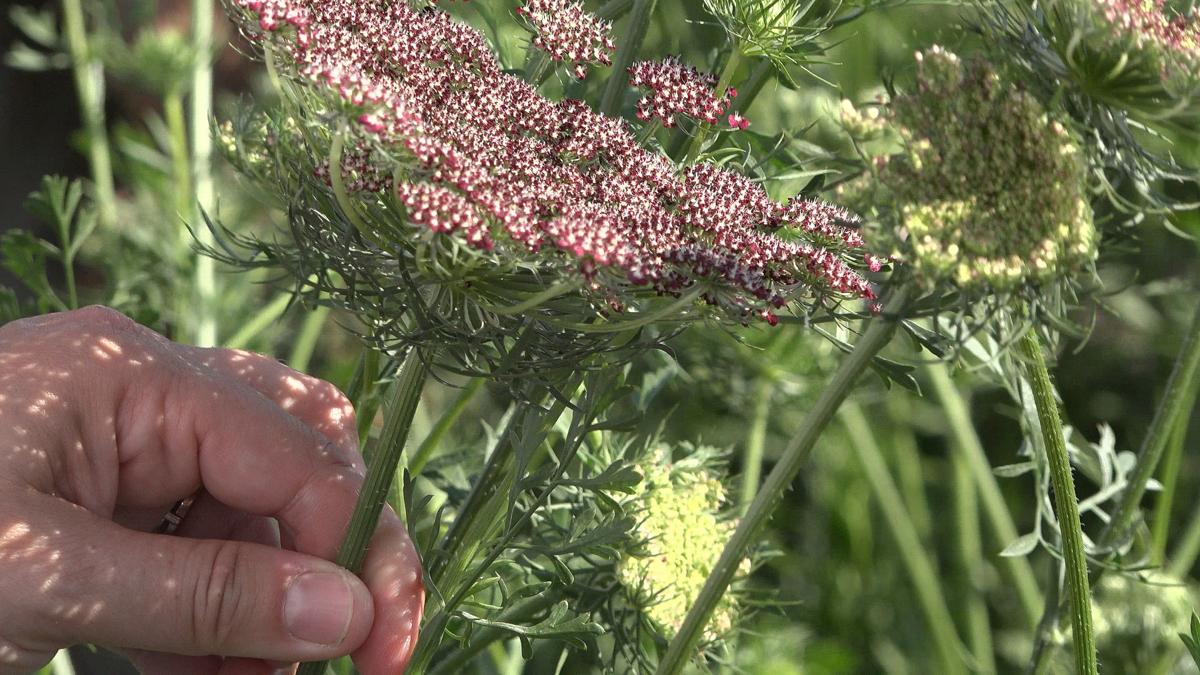 Lynn Windmeyer shows a chocolate lace flower she and husband Tim have grown on their flower farm Homeplace Fields on Monday evening. 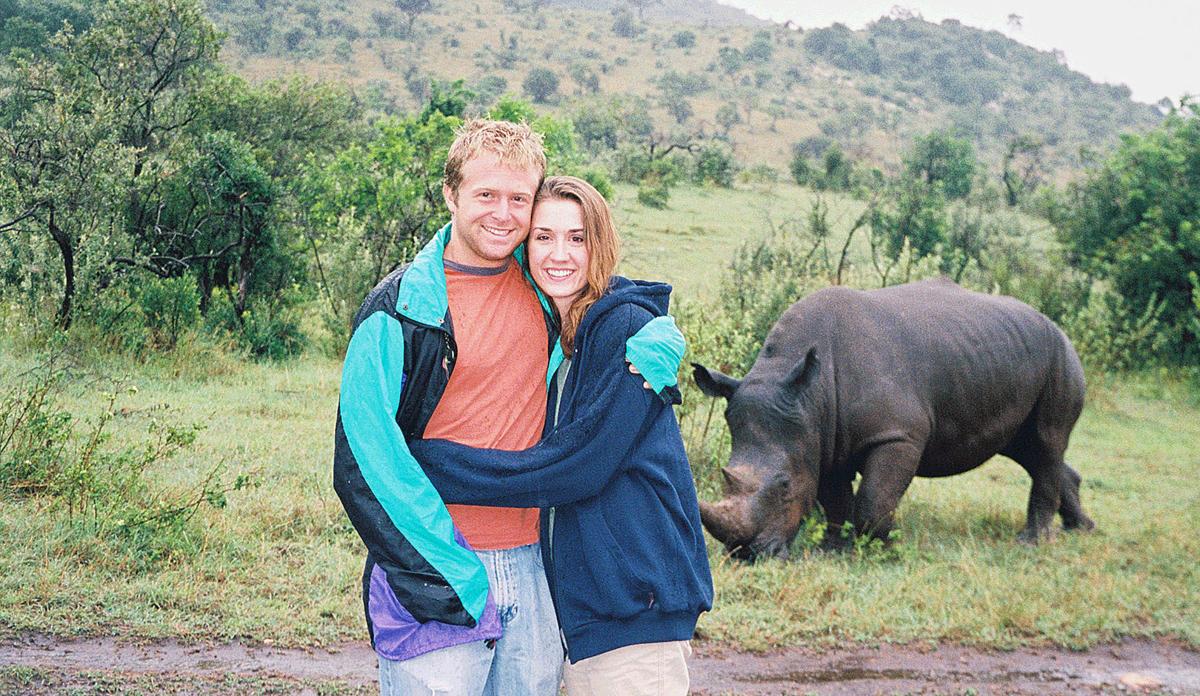 Tim and Lynn Windmeyer say their marriage began in East Africa, where they crossed paths again after their careers took them into different directions after college. 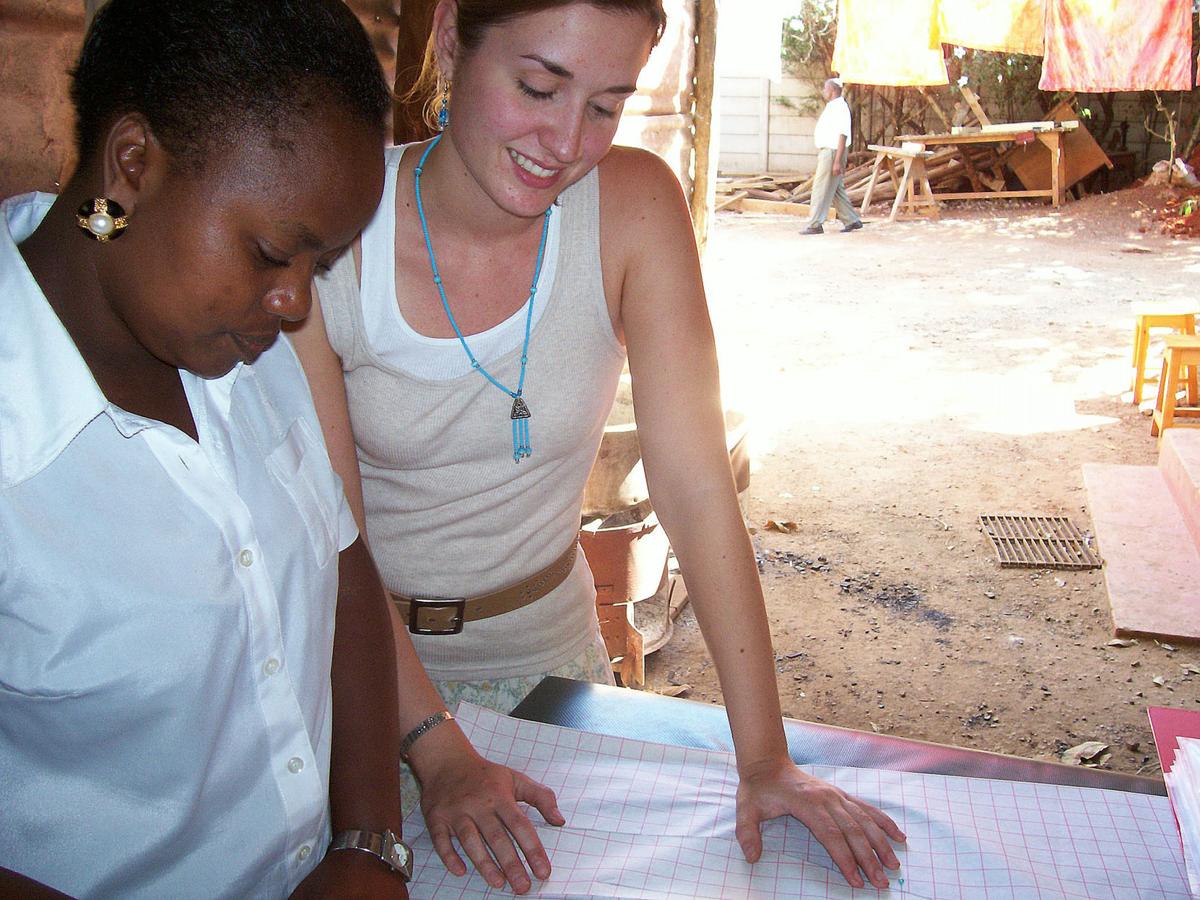 Lynn Windmeyer worked with displaced women and female refugees from all over East Africa during her time on the continent. 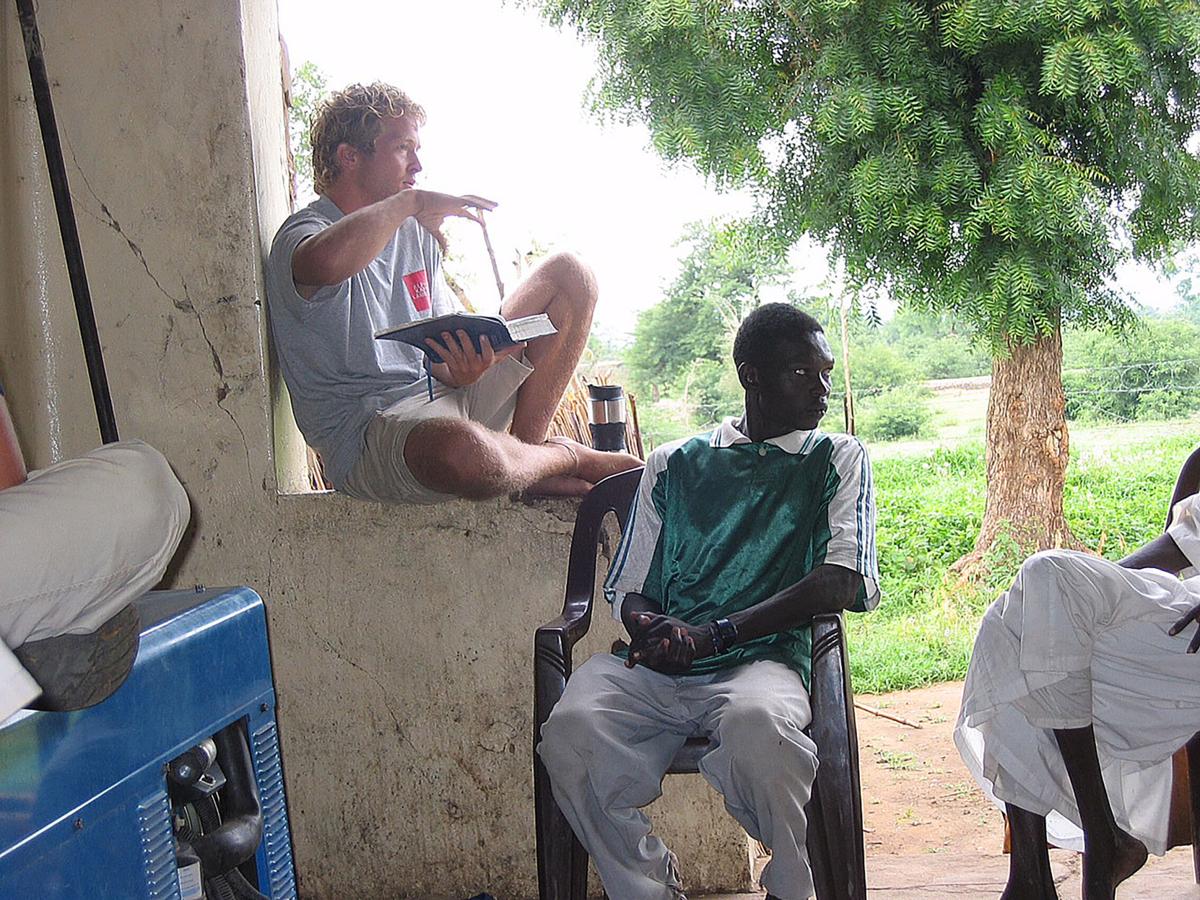 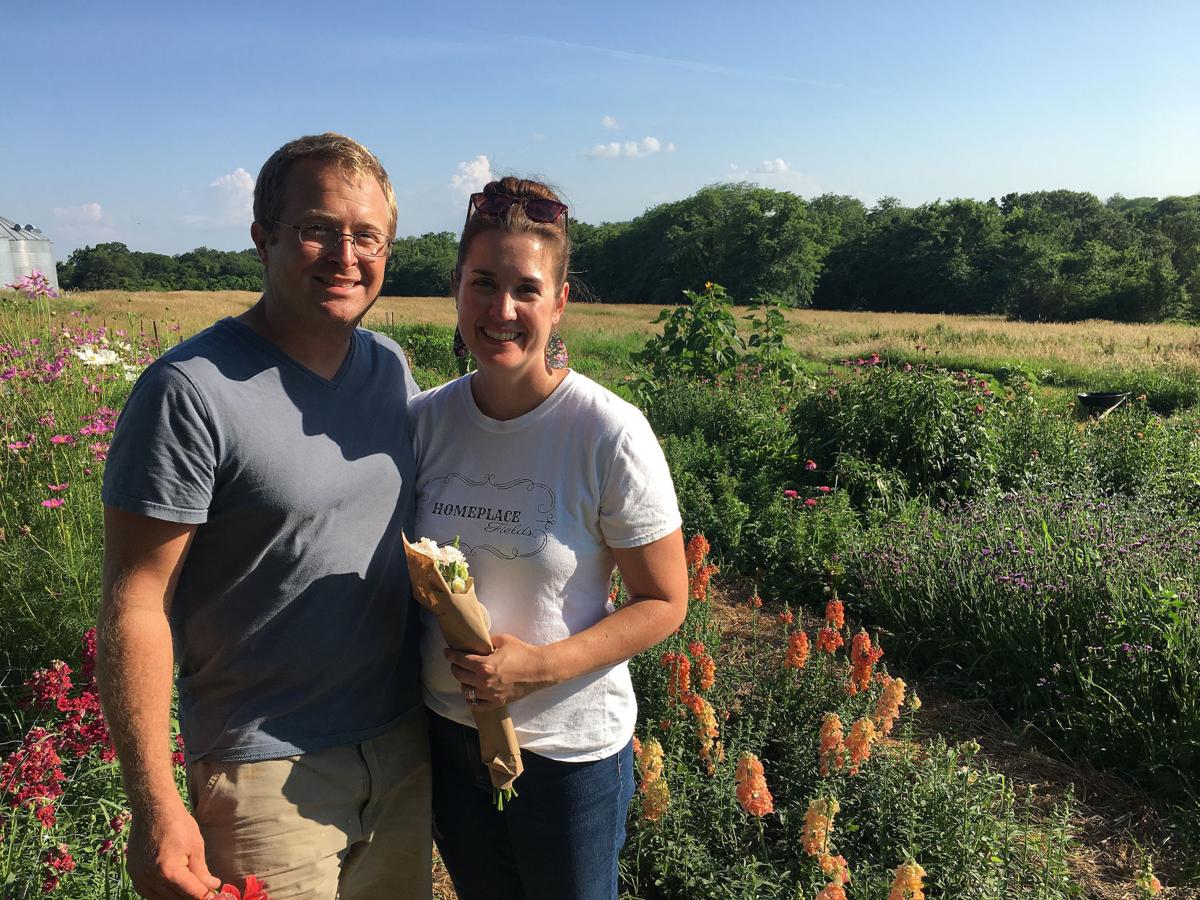 Tim and Lynn Windmeyer stand in their flower field on Monday afternoon.

Lynn and Tim Windmeyer walk through their flower field on Monday afternoon. The couple run Homeplace Fields, a flower farm that offers many traditional and nostalgic flowers.

Tim and Lynn Windmeyer stand in their flower field on Monday afternoon.

Tim, a St. Joseph native, and Lynn, originally from Hannibal, Missouri, met at the University of Missouri before their careers took them into different directions. The two eventually crossed paths again — in east Africa.

“That’s kind of where our marriage started,” Lynn said of the couple’s time in Kenya, where both were involved in relief and ministry work.

After starting a family, the Windmeyers returned to the United States and lived in North Carolina before returning to Tim’s family farm in St. Joseph.

“The farm has been in our family for a lot of generations. It was established around 1868,” Tim said. “When we moved back, part of the goal was to figure out how we could use the farm for something different. This is Missouri, very traditional corn, soybean. So we wanted to take a little bit of the farm and try to figure out, could we do something different with it? Could we grow flowers?”

They could, with a little bit of research.

“I feel like in the beginning, we thought we were growing a lot of weeds and we were digging for flowers,” Lynn said with a laugh. “After we took an online course with Floret from Washington State, we really were able to kind of hone in and figure things out a little a little bit better and just make it work a little more efficiently.”

Homeplace Fields is now in its third growing season and offers wholesale, retail and wedding flowers along with weekly bouquet subscriptions.

The farm has partnered with Nesting Goods in Downtown St. Joseph to sell its flowers. Bouquet subscribers also can pick up a weekly bunch of flowers at the home goods store, available as a six- or 12-week subscription.

“We also offer delivery for the subscription to nursing homes for an additional charge,” Lynn said. “We love delivering to those that can’t get out to the farm.”

Currently, the Windmeyers are growing at least 50 kinds of flowers, many of which are not available through a regular florist or have been forgotten over time.

“Zinnias are super popular because the florist can’t get them sent in,” Lynn said. “Dahlias as well are delicate and they’re hard to ship.”

Often, people feel nostalgic when they see flowers they knew growing up, according to Tim.

“I get most excited when somebody comes and picks up a bouquet and says ‘My grandma grew these and I’ve not seen them for years,’” he said. “Just seeing that joy and excitement for flowers that aren’t necessarily the ones that you buy in other locations, that gets me excited for what we’re growing.”

The Windmeyers hope to add roses to their arsenal in the future and get more involved in the community.

“Everything that we’ve learned in the past couple of years is just amazing, and how much our operation has changed and the flowers have increased,” Tim said. “But we really are seeking to serve the St. Joe area with flowers in a different way.”