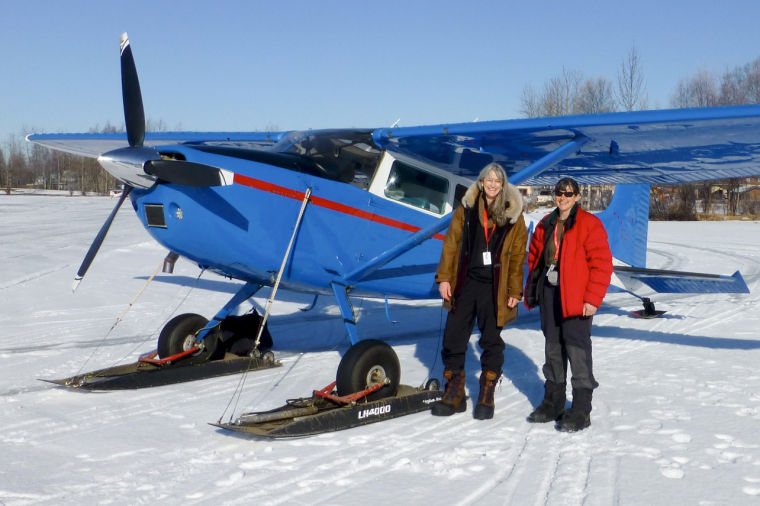 Paula Gibson, left, and Sherry Thompson, another trail veterinarian, stand next to a bush plane in Alaska. 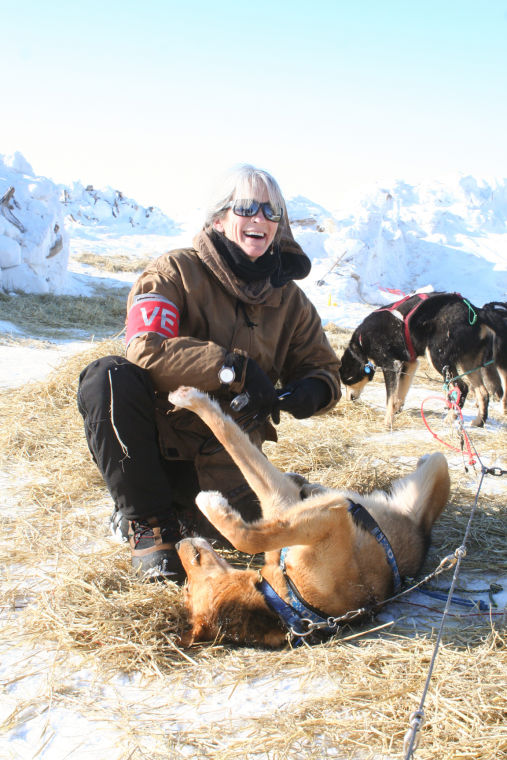 Veterinarian Paula Gibson has been able to return to Alaska for a couple of weeks in March both this year and last as a volunteer vet for the Iditarod Trail Sled Dog Race. 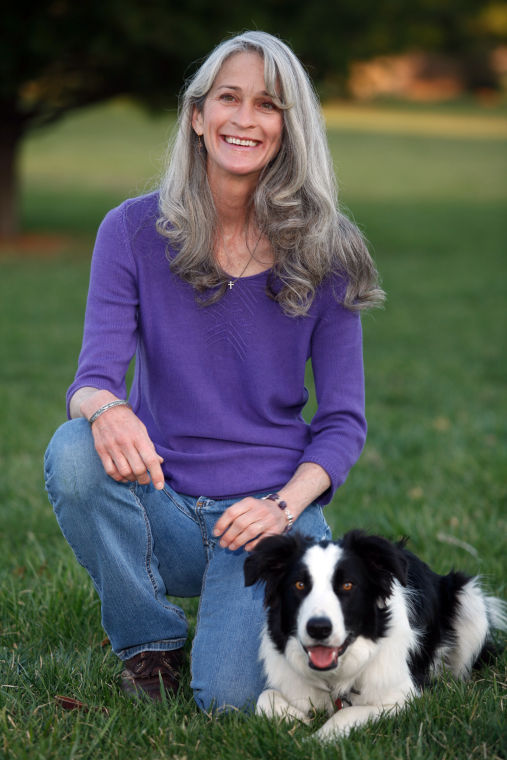 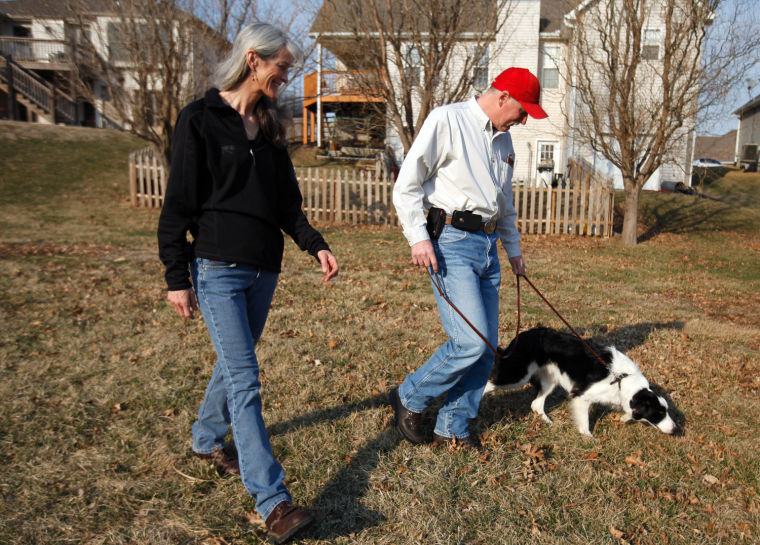 Paula Gibson and her husband, Matt, walk behind their home with their border collie Landon. 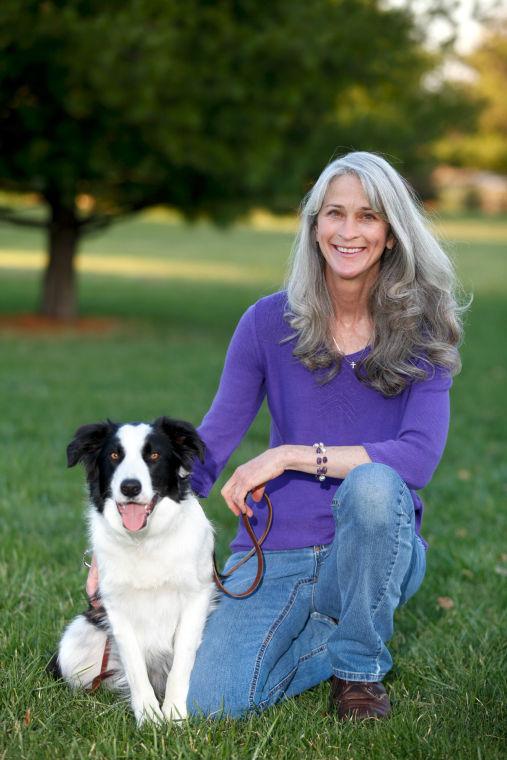 Paula Gibson, left, and Sherry Thompson, another trail veterinarian, stand next to a bush plane in Alaska.

Veterinarian Paula Gibson has been able to return to Alaska for a couple of weeks in March both this year and last as a volunteer vet for the Iditarod Trail Sled Dog Race.

Paula Gibson and her husband, Matt, walk behind their home with their border collie Landon.

For one St. Joseph woman, the famed Iditarod Trail Sled Dog Race was more than just a memorable experience: It was an opportunity to make her way home.

Veterinarian Paula Gibson has lived in the Lower 48 since her college years in the 1980s but grew up in Alaska, on an island called Adak in the Aleutian Chain, where her father worked on a military base. Although her husband’s career has kept her from moving back, she’s been able to return for a couple of weeks in March both this year and last as a volunteer vet for the Iditarod.

Despite not being new to Alaska, Gibson found the Iditarod — which travels 1,000 miles through the interior of state — to be totally new to her.

“The first year I went, it was overwhelming,” she says. “I was baffled by the whole experience.”

The annual race between Anchorage and Nome began in 1973, in part to commemorate the important role sled dogs and the Iditarod Trail have played in Alaska’s history. Since its inception, it’s become the most popular sporting event in Alaska, making celebrities of winning mushers and their dog teams.

Gibson notes that as a “little dog lover,” she followed the race as a child. Then, a couple of years ago, she learned that the Iditarod accepts a few new vets each year. She applied and was accepted, then she did coursework covering issues sled dogs face that aren’t as common in animals she sees at her work locations in Gladstone, Mo., and Leavenworth, Kan.

“Most of the dogs we see in my clinic are couch potatoes,” she laughs.

Sled dogs, on the other hand — which usually are Alaskan Huskies, a kind of dog bred to be athletic and to withstand an arctic environment — can run up to 100 miles a day. Bush planes transport veterinarians along the trail ahead of them to checkpoints where the dogs are examined for any issues with their hydration, weight, heart, lungs, legs or feet.

Mushers begin the race with 16 dogs, but many have to drop some during the course of the race. Gibson notes that another role of the vets is caring for these dropped dogs until they can be flown from the checkpoint.

However, “For the most part, the dogs do good,” she says. “I wouldn’t want anyone to think we have a lot of sick dogs on the trail. The welfare of the dogs is paramount to the race officials, mushers and veterinarians.”

Of course, the dogs aren’t the only ones tasked with withstanding the rigors of the race. One of the main criteria for the approximately 45 vets — who come from throughout the United States and Canada and even as far away as Europe, South Africa and Australia — is to be physically fit and able to withstand the conditions on the trail, as well as to carry all of their supplies. And because the race doesn’t come to a halt when the sun goes down, they must be able to do about half their work in the dark of night, wearing headlamps.

They also must be willing to stay in conditions that aren’t always incredibly comfortable. While some checkpoints are in small native villages or larger communities, others are set up in old roadhouses or tent camps, perhaps in abandoned mining towns.

“It’s an incredible way to see Alaska in a way you wouldn’t normally,” she says. “Alaska’s a very big state.”

Given that the race alternates its route each year between the northern and southern parts of the Iditarod Trail, Gibson has been able to cover a lot of Alaskan ground this year and last. And she’s come home with plenty of stories to share — including during an induction ceremony for an honors biology club at Missouri Western State University in January.

“I didn’t know about all the volunteers that make (the Iditarod) happen. I didn’t know the dogs wear boots. I didn’t know that at every check point, the musher takes care of his or her dogs before they take care of themselves,” Dr. Mark Mills, an assistant professor in the biology department who knows Gibson through their church and invited her to speak at the ceremony, says. “The faculty and students that were present were talking about it long after the event. Her passion for her role in the Iditarod was evident.”

And if Gibson has her way, it’s a role she’ll fill for a long time — with as much enthusiasm as the dogs who drew her to it in the first place.

“The dogs love to run and love to pull sleds,” she says. “They live for it.”

For more articles from the May issue of Josephine magazine, click here.

Postcards from the past: Lovers Lane

When the papers covered suicides