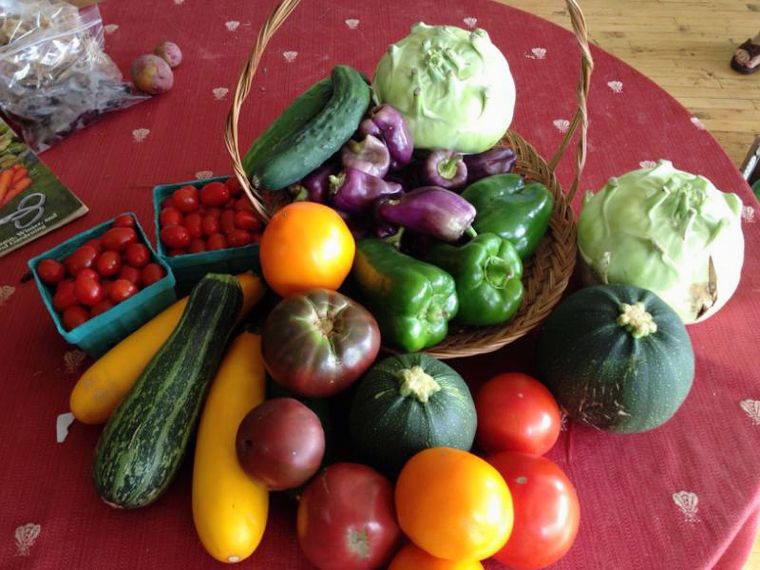 Kohlrabi, round zucchini, yellow zucchini and heirloom tomatoes are some of the more unusual offerings at Goode Food Delivered. 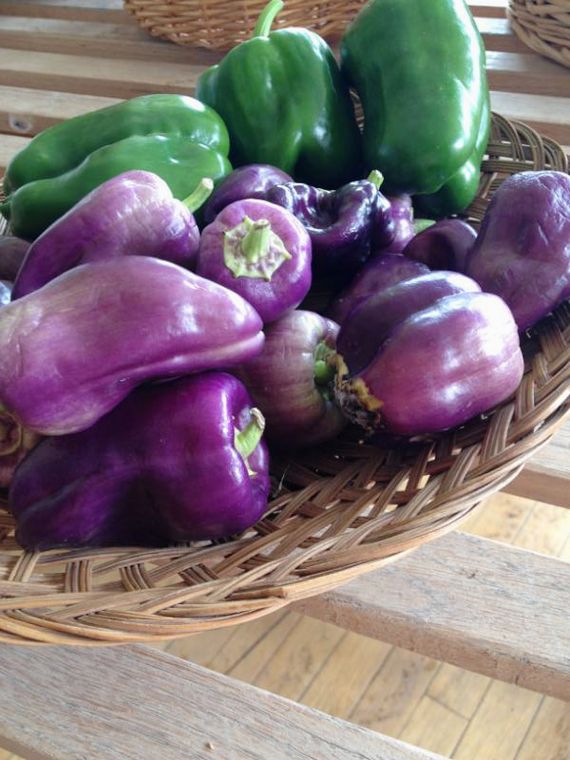 Purple bell peppers are offered alongside traditional green ones at Goode Food Delivered. 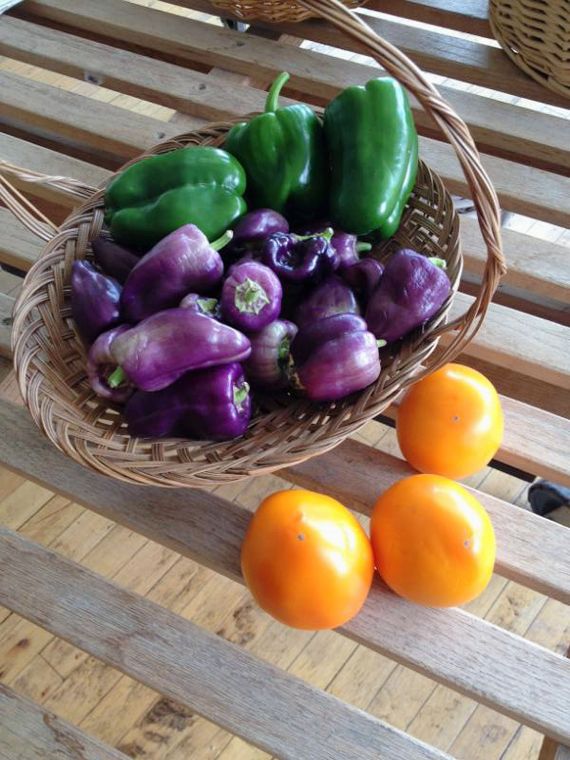 Tomatoes and peppers are common, but some people might not know they come in bright, unusual colors. Purple peppers are slightly sweet, and yellow tomatoes have a lower acid content than red ones.

Kohlrabi, round zucchini, yellow zucchini and heirloom tomatoes are some of the more unusual offerings at Goode Food Delivered.

Purple bell peppers are offered alongside traditional green ones at Goode Food Delivered.

Tomatoes and peppers are common, but some people might not know they come in bright, unusual colors. Purple peppers are slightly sweet, and yellow tomatoes have a lower acid content than red ones.

Grocery stores, farmers markets and maybe even your own backyard are overflowing with tomatoes, green beans, summer squash and cucumbers. But while these are familiar seasonal favorites, there are many more options than just what’s on store shelves.

Megan Gallant is the co-owner of Goode Food Delivered, a food store and produce box delivery service. She and her husband, Json Myers, work with up to 20 different farms in the region to provide customers with fruits and vegetables that are grown using organic practices. The items in each box vary from week to week depending on what’s available and in season. While customers can expect basics like lettuce and tomatoes, sometimes they’ll find something in their box they’ve likely never seen or heard of before.

For instance, do you know what kohlrabi is? How about purslane, bok choy or fennel? Red and green bell peppers are common, but what about purple? These are just a few of the items Ms. Gallant gets to introduce customers to when they don’t recognize something in their weekly orders.

“Essentially, we just take what (the farmers) give us — whatever they have that week that’s harvestable and in the right season. Sometimes that’s a diverse abundance, and other times it’s a limited selection because that’s really what seasonal eating is about,” she says.

When boxes are packed with unfamiliar items, Ms. Gallant reaches out to customers through Goode Food’s Facebook page to share cooking tips and recipes. Facebook users also share their own recipes and photos of meals they’ve prepared and talk to one another to answer questions about certain ingredients. This allows people to build meals around what’s in their box.

“We really want it to be a selection that is something you can really cultivate in your life, that you can use on a weekly basis and things aren’t going to waste,” she says.

While the Internet contains endless recipe suggestions, Ms. Gallant says having such a close relationship with the farmers who provide Goode Food’s produce also is an advantage. Last fall, she says one of the farmers from the German Baptist community grew daikon radishes. Since he knew most people wouldn’t be familiar with them, he wrote out several of his own recipes to include in boxes.

Besides discovering new fruits and vegetables from farmers, something Ms. Gallant is interested in is finding good sources of nutrients in their natural settings. Basically, this means a person’s backyard could be abundant in salad supplies.

For instance, you might have pulled up your fair share of dandelions, but have you ever tried eating them? As long as they haven’t been treated with chemicals, both dandelion greens and flowers are rich in nutrients. The flowers are slightly sweet, while the leaves can be used like any other dark, leafy green.

Purslane is another interesting ingredient that was included in several Goode Food boxes a few weeks ago. This small, leafy plant actually is one of the most common weeds in North America. However, it’s also one of few plants abundant in heart-healthy omega-3s. It has a slight lemony, peppery flavor and can be prepared many ways, but it is often eaten raw in salads.

“I have a personal interest in some of those foods that are kind of considered more of a wild source of food. Purslane is a common weed in our yards and it grows like crazy. If you can identify it and it hasn’t been sprayed with anything, there’s no reason not to eat it,” Ms. Gallant says.

Even common vegetables like carrots come in a much wider range of colors and flavors than most people are used to. She expects an abundance of white and purple carrots later in the year, and will strive to share new methods of preparing them so they’re no longer a mystery.

“Just because it’s unusual doesn’t mean it’s complicated. It can be easy to incorporate new foods into your life,” she says.

As the ideals of cooking at home and using locally grown produce are experiencing a slight renaissance in America, Ms. Gallant is hopeful that people become more open to trying new foods. If they see something new in the store or at a market, there are plenty of resources available that can help “demystify” them, in her words.

“We enjoy helping people see how broad food can be. It’s not just the same 20 vegetables we grow up with. Food is everywhere,” she says.

Anyone interested in signing up for Goode Food Delivered or accessing the recipes Ms. Gallant shares can click here.