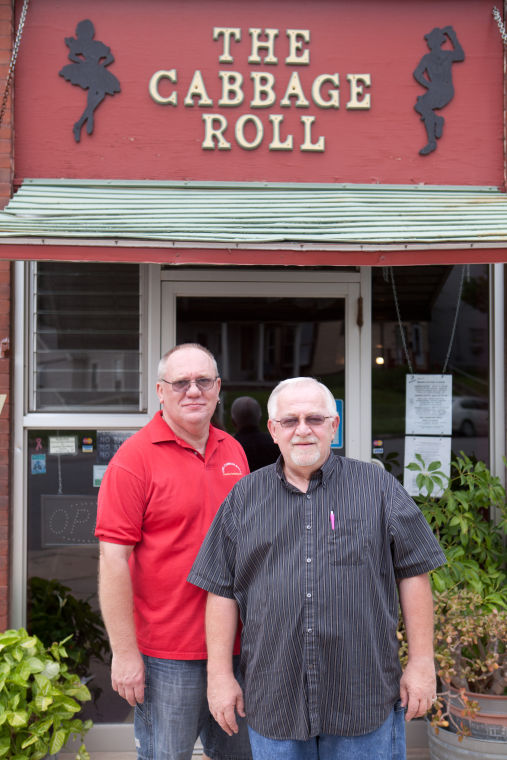 The owners of The Cabbage Roll, Andy Halamar, left, and Larry Matt, pose outside their restaurant. 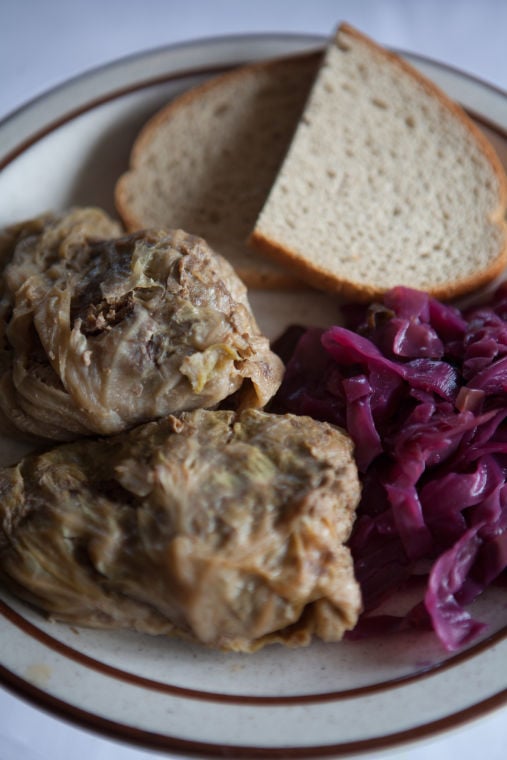 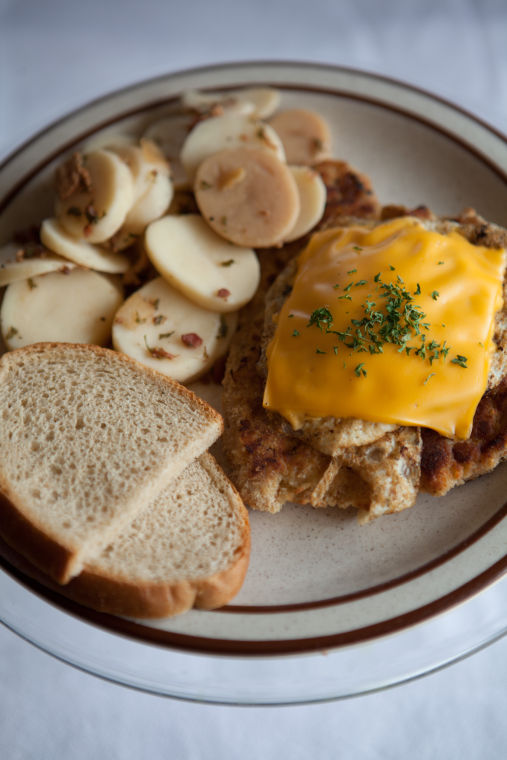 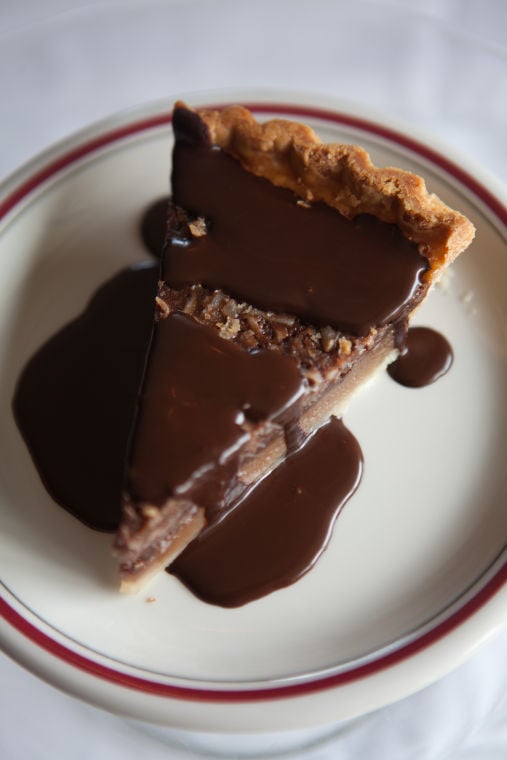 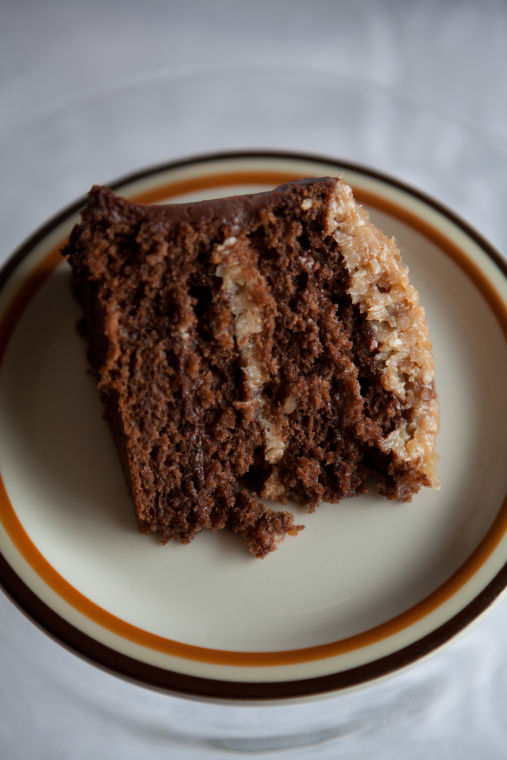 The owners of The Cabbage Roll, Andy Halamar, left, and Larry Matt, pose outside their restaurant.

When customers walk into The Cabbage Roll, they are greeted with a smile and a handshake. If they’re regulars, they get called by name and might even get a hug.

This little restaurant on the corner of Lafayette and 27th streets is one of a kind, serving up authentic German and Ukrainian fare such as pierogies, sausage, jagerschnitzel and, of course, cabbage rolls. And like a proper mom-and-pop restaurant, the owners are always there to welcome you.

Larry Matt and Andy Halamar opened the restaurant Aug. 1, 1989. Both men come from German backgrounds. Mr. Matt’s grandparents and Mr. Halamar’s parents moved here from the old country and settled in the South End, where there was a thriving German, Ukrainian and Polish community. That upbringing is what prompted them to open The Cabbage Roll, along with the sense that St. Joe was missing something.

“We opened it because we wanted something different, not another hamburger joint, not another pizza joint. ... It’s something that St. Joe didn’t have, was a German restaurant,” Mr. Halamar says.

They called it The Cabbage Roll after struggling for nearly two months to decide on the right name. Mr. Halamar says they tried different variations on their first names or titles containing the word “German,” but ultimately chose a name that reflected what the restaurant had to offer.

“If we just use our names, they don’t have any idea what kind of restaurant it is. So that’s why we said The Cabbage Roll, because when I grew up we had them all the time. Every wedding, every funeral, everything,” he says.

Their signature dish and the restaurant’s namesake follows the traditional German style in that it isn’t covered in tomato sauce. Mr. Matt says using tomato sauce and juice is an Americanized method he’s not fond of. Instead, he stuffs boiled cabbage leaves with a mixture of ground chuck, rice, celery, onions, eggs and spices and then bakes them in the oven. However, don’t go in expecting the food to taste like grandma’s recipes.

“You can’t please every customer, and we don’t try to please everyone. We’ve had people come in and say, ‘Is your German potato salad the same as what my mother used to make?’ And I say, ‘I didn’t even know your mother, how do I know how she made it?’” Mr. Matt says with a laugh.

They like putting their own spin on other traditional recipes, too. Mr. Matt says one of their top sellers is jagerschnitzel, which is a breaded pork loin covered in a red wine and mushroom gravy. Unfortunately, he hates the taste of mushrooms.

“I kept experimenting with it, and finally we put sugar in it and it tasted fine. But until then, oh, it was nasty-tasting stuff,” he says.

Even if you aren’t a German food fan, the menu also has comfort food favorites like meatloaf, tenderloins, chicken sandwiches, rotating lunch specials, a Friday night buffet (by reservation only) and dozens of homemade cakes, pies and cheesecakes. The first week of every month is known as “cheeseburger week” because Mr. Matt makes fresh burgers and fries to order.

“A lot of people think if it’s German, everything is made with sauerkraut, and it’s not,” Mr. Matt says.

Despite its long history, The Cabbage Roll continues to be a mystery to many local residents. Some might have heard the name but have never stepped foot in the door. After all, it’s a fairly small restaurant serving unfamiliar dishes, and it’s located off the beaten path. But Mr. Matt and Mr. Halamar have many loyal customers and regulars to thank for their continued success.

Customer comments on restaurant review websites have showered The Cabbage Roll with so much praise that it’s consistently ranked as one of the best restaurants in St. Joseph. They say they regularly welcome visitors who found out about the restaurant online, and they’re humbled by the good reviews they receive.

“Yelp, Urbanspoon, LocalEats and TripAdvisor, those four websites, there’s 180 restaurants in St. Joe and we’re in the top five on every website. And it’s the customers, it’s not us that put us there,” Mr. Halamar says.

They also have a surprising national and international fan base, since travelers regularly check review sites when choosing places to dine out.

“The people who travel and are from out of town, we actually have a book that they sign, and then we have a map. There’s a map of the United States and a map of Europe and then they get to pin their town, and we’ve done that ever since we’ve opened,” Mr. Halamar says, noting that they’ve had guests from every state and from many countries in Europe, Africa and North America.

It’s safe to say that if you haven’t tried The Cabbage Roll yet, you’re in for a pleasant surprise. Mr. Matt and Mr. Halamar are confident that if they can get you in the door one time, you’ll be hooked.

The Cabbage Roll is open for lunch 11 a.m. to 2 p.m. Monday through Friday, and has a buffet dinner by reservation on Fridays. They also offer 20 flavors of cheesecake, 10 different tortes, several varieties of pie and their famous rum cake. For more information, or to place a pastry order or make a reservation, call 233-4444.

Most popular dish: The Variety Plate comes with one cabbage roll, one pierogie, one Polish sausage, two sides, German mustard, bread and butter for $9.99.

Eating Unchained is a food series featuring locally owned, non-chain restaurants. On the fourth Wednesday of each month, we will focus on businesses, from newcomers to established classics, that are an integral part of the city's thriving food scene. Rediscover what it's like to dine at some of St. Joe's finest establishments.