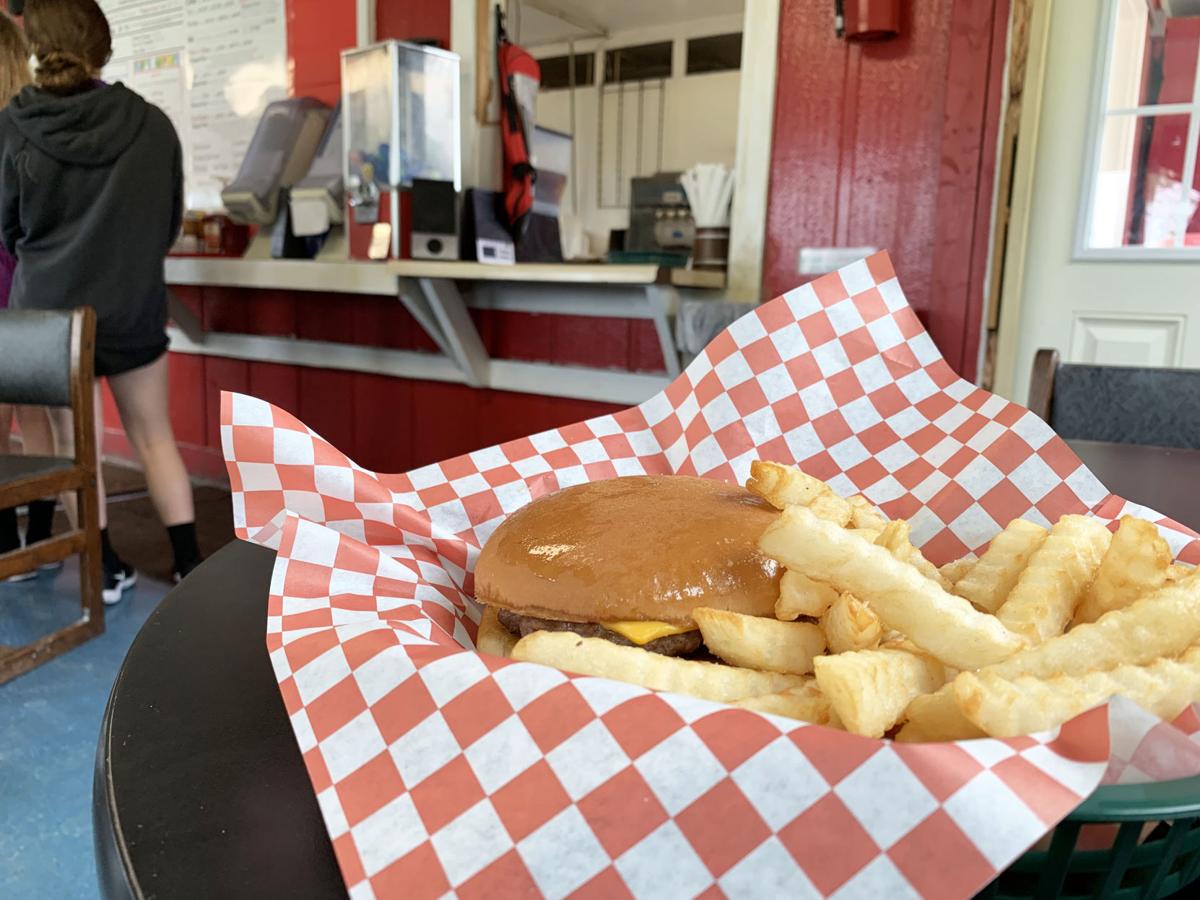 Dairy Barn is famous not only for its ice cream, but its burgers as well. 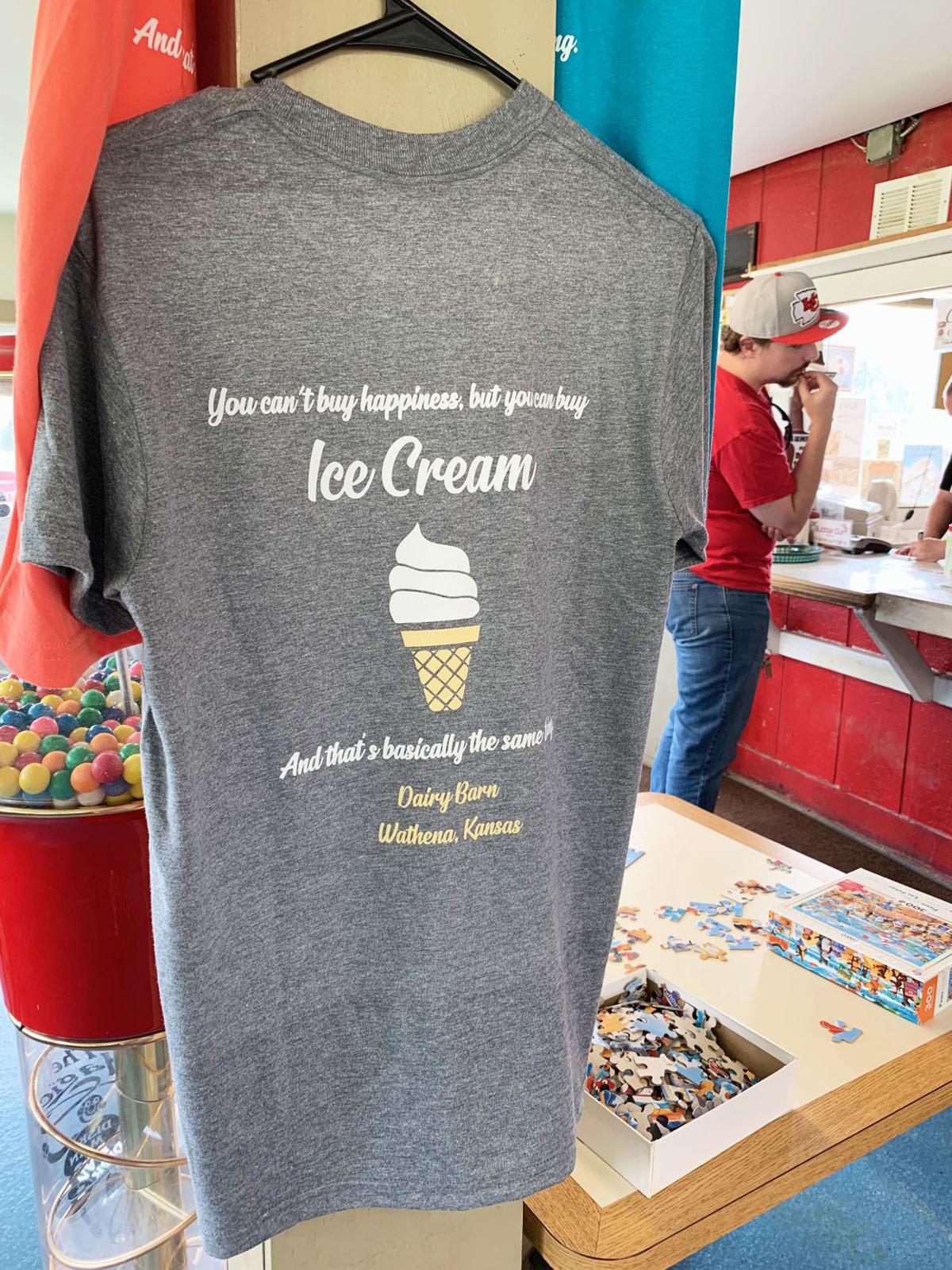 T-shirts and souvenirs are in the works at Dairy Barn in Wathena, Kansas, and the giveaways are numerous. 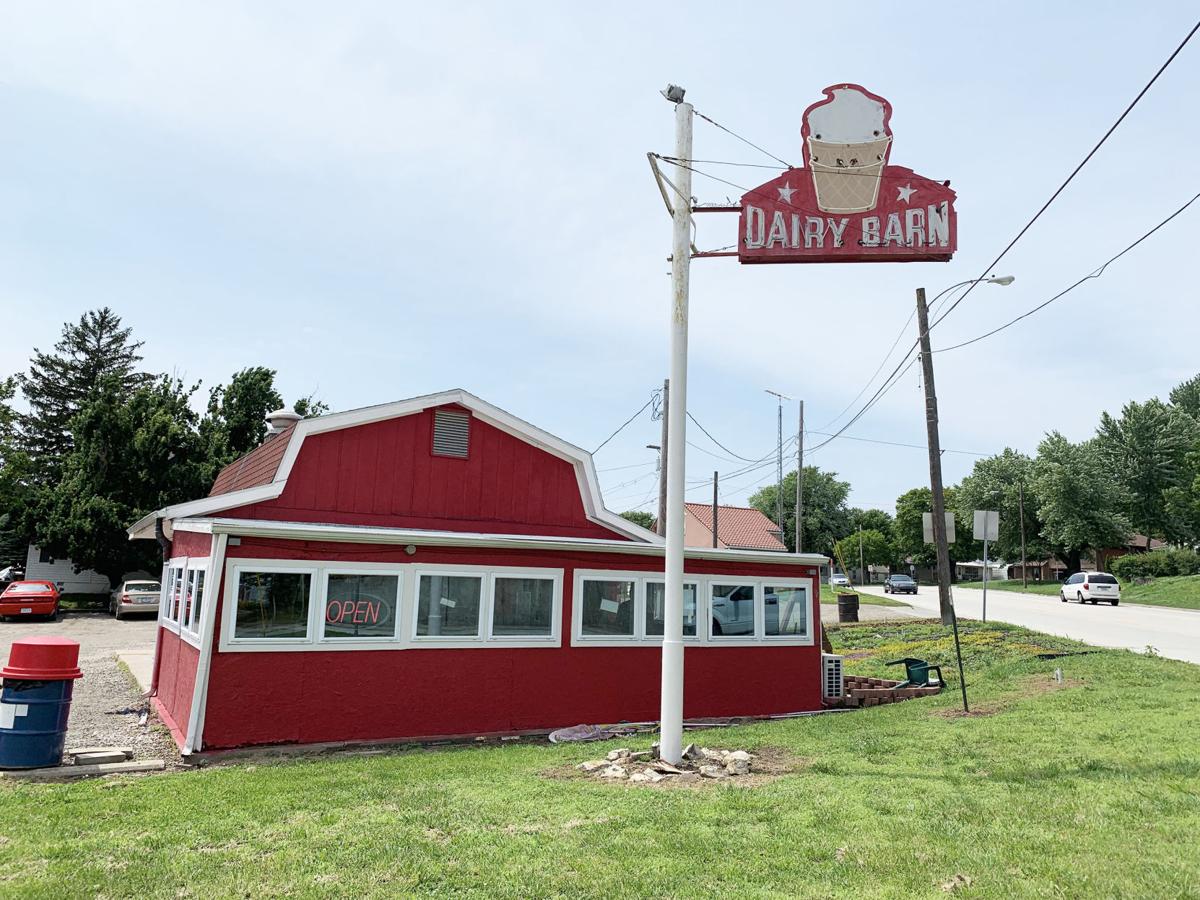 Dairy Barn is famous not only for its ice cream, but its burgers as well.

T-shirts and souvenirs are in the works at Dairy Barn in Wathena, Kansas, and the giveaways are numerous.

Todd and Suzan Hailey remember packing up their belongings, hopping in an RV and making the trip to Missouri from Alaska with their son.

The two spent 10 years on Kodiak Island before deciding about five years ago that it was time for a change.

“We had no idea where we were going to be, and we ended up coming (to the Midwest) to look at a pizza place that we had seen on Craigslist,” Todd said. “That didn’t work out, but for the first time in the months of long travel and still having no idea where we were going, everything started falling into place. We felt God was telling us that this was the spot. He really just directed us to the Dairy Barn.”

The Dairy Barn, despite being located at 103 St. Joseph St., is actually in Wathena, Kansas, and was originally built in 1972. It’s seen quite a few owners and, as a result, has evolved from a walk-up ice cream shop that only was able to serve chili dogs to a full-blown restaurant, complete with an indoor dining area and an extensive menu.

“We sell more burgers than any other sandwich, whether it’s cheese, bacon and cheese or doubles,” Todd said. “We also do a tenderloin that’s really, really big. It’s way over the side of the basket.”

Patty melts, french fries, fried pickles, chicken sandwiches and a host of other items are available to order, as is Todd’s favorite: The Triple Pig, created from half a tenderloin, pulled pork, bacon and onion rings slathered in barbecue sauce.

And of course, the ice cream has been a staple of the Dairy Barn since its inception.

“We get people especially during the travel season coming from states all over the U.S. They’re coming from Iowa, Oklahoma, Kentucky, Nebraska — they have regular travel plans through this area, but this is one of the places they make as a stop, especially for the ice cream,” Todd said. “And I would say that probably half of our regular customers are coming over from St. Joe. Even though we’re here in Wathena … it’s a pretty quick trip.”

Dairy Barn is about a 10-minute drive from Downtown St. Joseph, and with such a rich history, Suzan said the restaurant has become a sort of culinary hot spot for many families and their children.

“And we get families that come through, they came here as kid with their grandparents, and now they’re bringing their kids here,” she said.

The couple is hoping to do more advertising with T-shirts and souvenirs in the future, but until then will continue their famous giveaways.

“We’re always looking for ways to get the community involved,” Todd said. “I love doing giveaways, so when we do those, it’s never ‘Buy one, get one free.’ I just want to give stuff away.”

Currently, the first special of the day is free at Dairy Barn, and at the time of writing, the restaurant is still in the middle of its 1,000 free tiny tot cones giveaway with no purchase necessary.

According to both Todd and Suzan, everything has been falling into place nicely with Dairy Barn, and that trip from Alaska may have been well worth the drive after all.