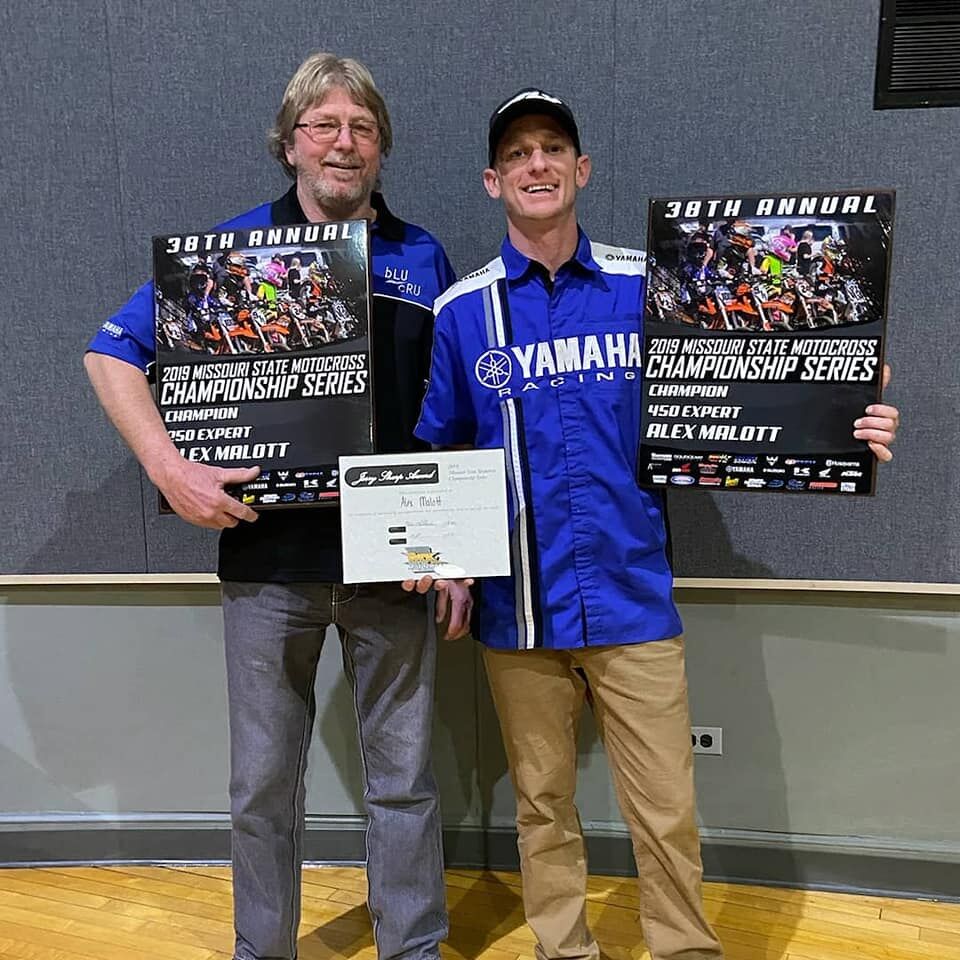 Ace (left) and Alex Malott (right) stand with his trophies won at the 2019 Missouri State Motocross Championship Series. Alex passed away on Sept. 12. 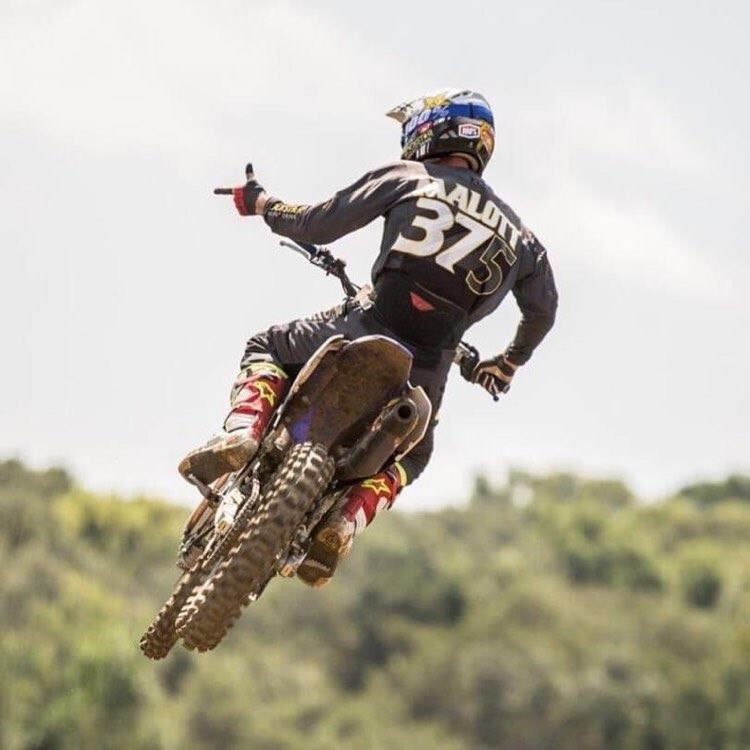 Alex Malott points at the crowd while doing a jump.

Ace (left) and Alex Malott (right) stand with his trophies won at the 2019 Missouri State Motocross Championship Series. Alex passed away on Sept. 12.

Alex Malott points at the crowd while doing a jump.

St. Joseph native Alex Malott was known in motocross circles as “Air Alex,” a fearless racer who knew no jump or stunt as too big or dangerous.

“He was incredible on a bike. He did stuff people couldn’t think about doing,” Bill Graham, owner of Midwest Extreme Park in Merwin, Missouri, said.

Racing and stunts on dirt bikes were only a part of the late professional motocross rider’s life. He was also a loving brother, skilled carpenter and inspiration to others.

“It’s crazy how many people he touched just by riding his dirt bike and being passionate about life,” Andy Malott, his younger brother, said.

Malott died on Sept. 12 after crashing his signature Yamaha YZ250 two-stroke bike. But his friends, family and fellow riders don’t want his tragic death to overshadow the impact he had on others when he was alive.

“He just always had a good attitude and always really wanted to help everyone out and make everything better,” Andy Malott said.

Malott grew up loving motocross, riding his first bike at the age of 3 and racing competitively at 7 years old. A graduate of Lafayette High School, he went on to compete professionally, earning accolades at races like the Missouri State Motocross Championship series and the Dubya World Vet MX Championships in California.

Dubbed “Air Alex,” Malott fell in love with taking to the air on his bikes.

“Whipping it” was one of Malott’s specialities. In layman’s terms, a “whip” is when a rider goes off of a high jump, pushes the dirt bike to the side while still simultaneously being on the bike and then landing it.

Graham said Malott’s incredible dexterity on the bike meant him pulling off crazier moves, which also meant people making it a point to check him out every time he came to his track.

“He just moved the bike so much (in a jump). Some people hit a jump and just go straight. He’s laying the bike completely flat, sideways, backwards. Every time he raced, people would line the fence because, you know, he was going to do something crazy,” he said.

Malott came from a family of motocross riders, including his brother Andy, who would go to their grandfather or friends’ houses to practice and racing on the weekends.

“It was like seeing your family every weekend at the track,” Andy Malott said.

Andy Malott said that through racing, the brothers learned the values of losing, pulling yourself after disappointment and supporting others. Alex Malott carried that on by encouraging others, especially younger riders.

“Alex just loved watching people get fast. Even the people that raced in his bracket, he trained with them. He was like ‘I want you guys to be faster, so I have to be faster. I want someone to ride with,’” Andy Malott said.

Retired racer Cody Gilmore was one of those friends who he first raced against and eventually befriended. Now a motocross trainer, he said watching Malott reach out to others helped inspire him.

“Sometimes, throughout the day, maybe the track conditions aren’t the best and some people aren’t the happiest. He would always be thankful there was a race going and he was there,” Gilmore said.

Malott’s unbreakable smile and spirit were noble, considering the grind he would often endure, working a full-time job as a carpenter on weekdays and driving hours in a van on the weekends to race. There were a number of bruises and broken bones that came along with the sport, but he rarely complained, his friends and family said, because he was doing what he loved.

On the “Over The Bars Podcast,” Malott outlined his philosophy as a racer, including the intense grind of work and racing, as well as how he avoided burning out on the sport.

“Every time I race, I knew not to take it too serious, try to get a good start and at least by the white flag, throw one good whip. Go have a good time and yell at somebody as you go by them,” he said.

In the motocross community, being a part of it often feels like family. At a race on Sept. 14 at the Kingsville Challenge Trax in Kingsville, Missouri, Malott’s friends, like Richard Allen, showed up with his refurbished Yamaha bike, with signature number, #375, shining bright. An auction also was held to defer costs for Malott’s family and girlfriend, Katie Allen. In addition, life-long buddies like Chris Rigby have been busy preparing orders for shirts with Malott’s name and number on them.

Andy Malott said since his brother’s death, the tributes, fundraisers and kind words have been stunning.

“It’s just amazing. Everybody he’s touched and wants to help out, it’s so cool. It’s all over one guys that was nice to everyone. It’s really been special,” Andy Malott said.