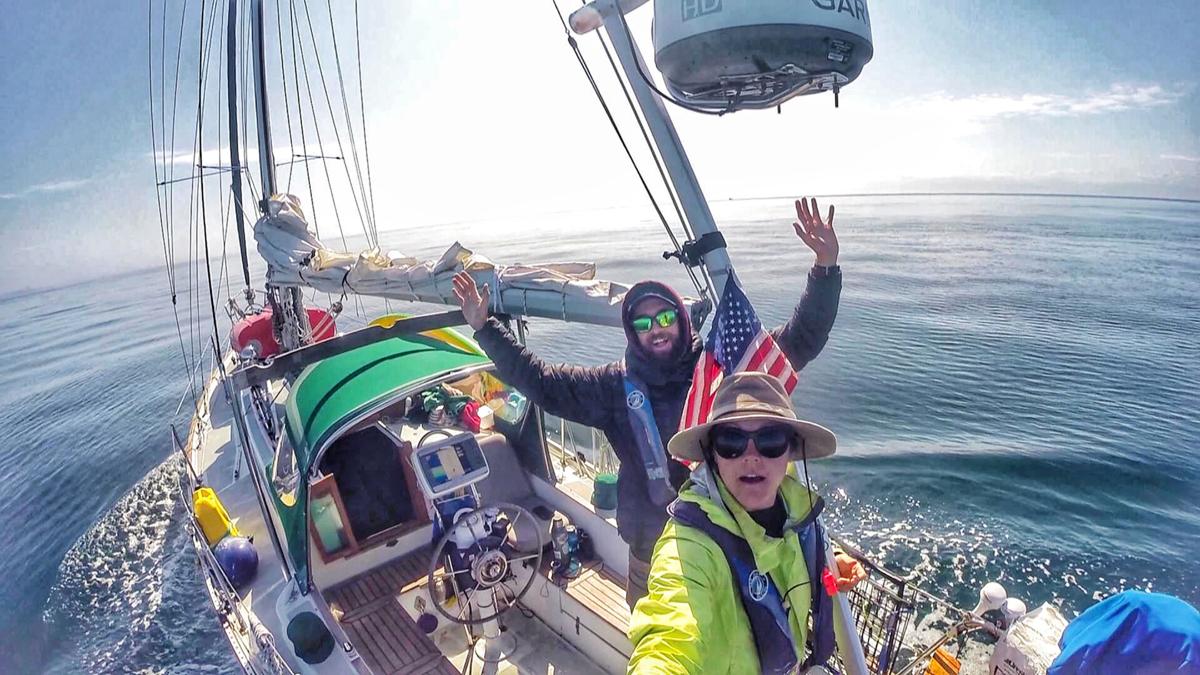 Jenny and Mac Fraley have been taking videos and photos to share with followers when on multiple month long journeys aboard their 40 year old sailboat named Maya. 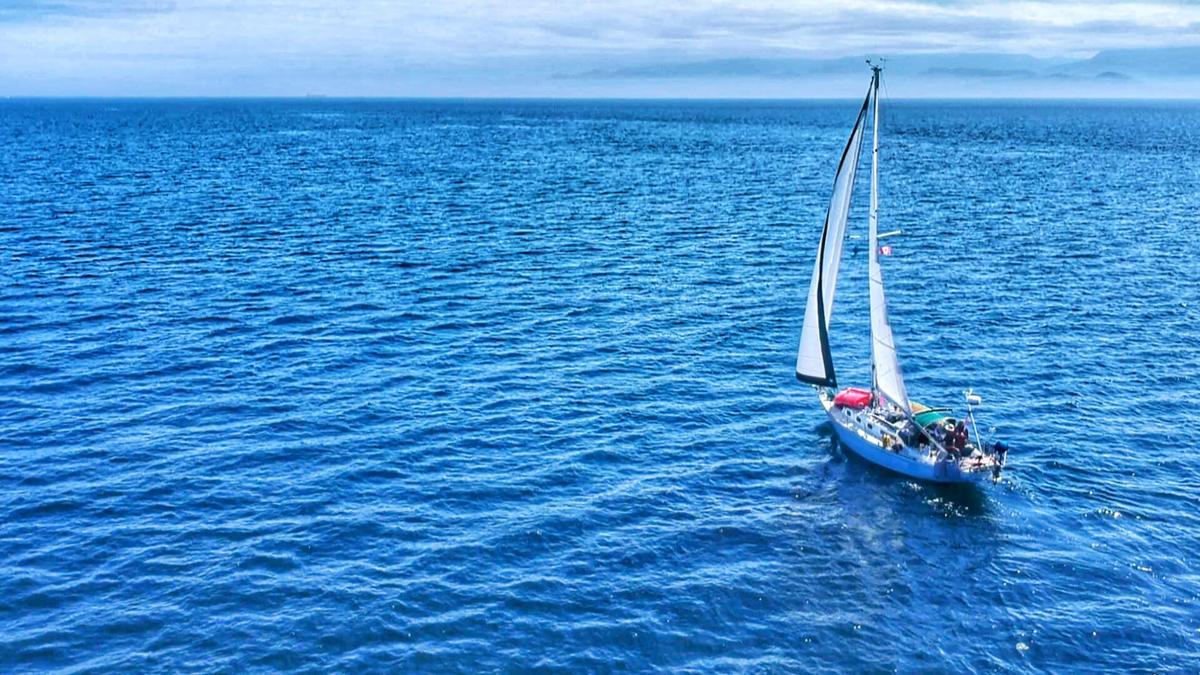 Jenny and Mac Fraley use drone shots to capture their boat Maya when it is sailing. 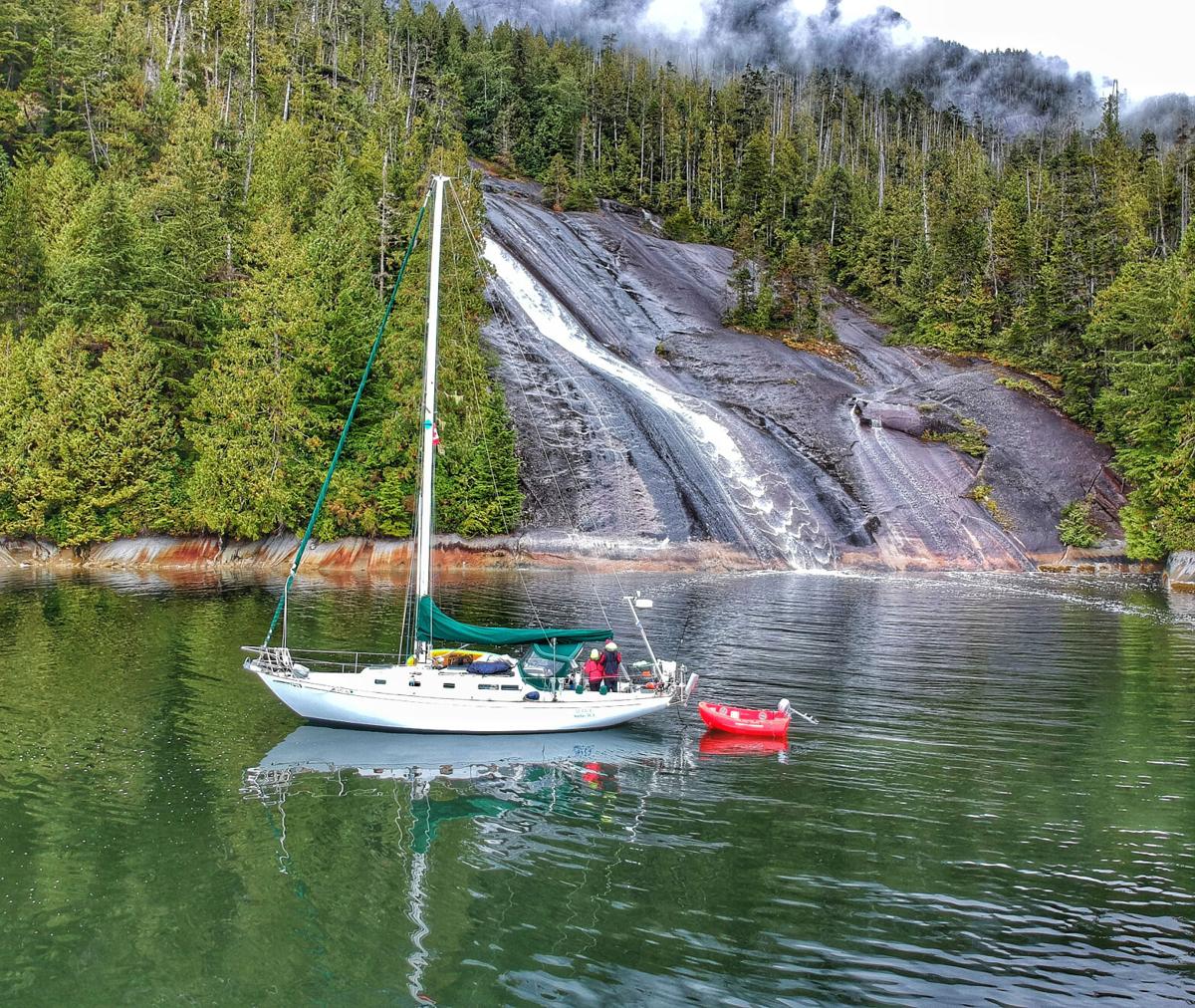 For the most part the Fraley’s have traveled north, but they plan on taking a trip towards Mexico soon.

Jenny and Mac Fraley have been taking videos and photos to share with followers when on multiple month long journeys aboard their 40 year old sailboat named Maya.

Jenny and Mac Fraley use drone shots to capture their boat Maya when it is sailing.

For the most part the Fraley’s have traveled north, but they plan on taking a trip towards Mexico soon.

Mid-Buchanan High School graduate Jenny Fraley and her husband, Mac, were Midwesterners with a wild idea when they bought a 40-year-old boat they named Maya and decided they were going to take a trip.

The couple that knew nothing about sailing before their decision to take it up, moved out of the Midwest five years ago and now live in Anacortes, Washington. They have sailed in the San Juan Islands and have taken months-long sailing adventures up into Canada.

Now they are preparing to go to Alaska as well as sail into Mexico.

The Fraleys quickly realized sailing was a lot of work and the boat became a huge part of their lives. They learned through experience and several classes how to maintain their 40-year-old boat. They have plans to sail to several other destinations as well. Since 2017, they have faced many challenges, but also have been rewarded by their new hobby.

“Once we first bought the boat and drove away from the dock, that’s the first time we’d ever been on a sailboat, so it was terrifying,” Jenny said.

Mac said he and his wife made the decision kind of on a whim one night when looking at the mountains. They decided to buy a boat and didn’t think twice. They budgeted by working full time and learned how to maintain the boat on their own so as to avoid outsourcing the work.

“They say boating is a lifestyle, and they say that because you spend all your time fixing the boat, maintaining the boat, especially an old boat like ours,” Mac Fraley said.

The couple also has taken time to follow and document the journey through a website, cruisingmaya.com, as well as through “Cruising Maya” on YouTube and Facebook. They said the opportunity to share their journey has been enjoyable and they have been able to inspire other boaters.

The Fraleys said they have to prepare before going out on journeys on the boat and it is intimidating at first when out on the water.

“We circumnavigated ... Vancouver Island. We were out for about two months, and it was very intimidating going up to like the very tip of the northern tip of the islands at Cape Scott.”

The boat has allowed the Fraleys to go to destinations they never thought they were going to be able to and enjoy just looking out at and reminding themselves they are on the water.

“It’s just like that sense of adventure, just going out and there’s a lot of unexpected things that come up,” Jenny Fraley said. “There’s wildlife, and all of a sudden you may be out on a clear day, and ... a whale just kind of pops up next to you. It’s one of the most amazing things.”

Jaelyn Haggard ecstatic for chance to play for hometown team

A royal scandal from 85 years ago