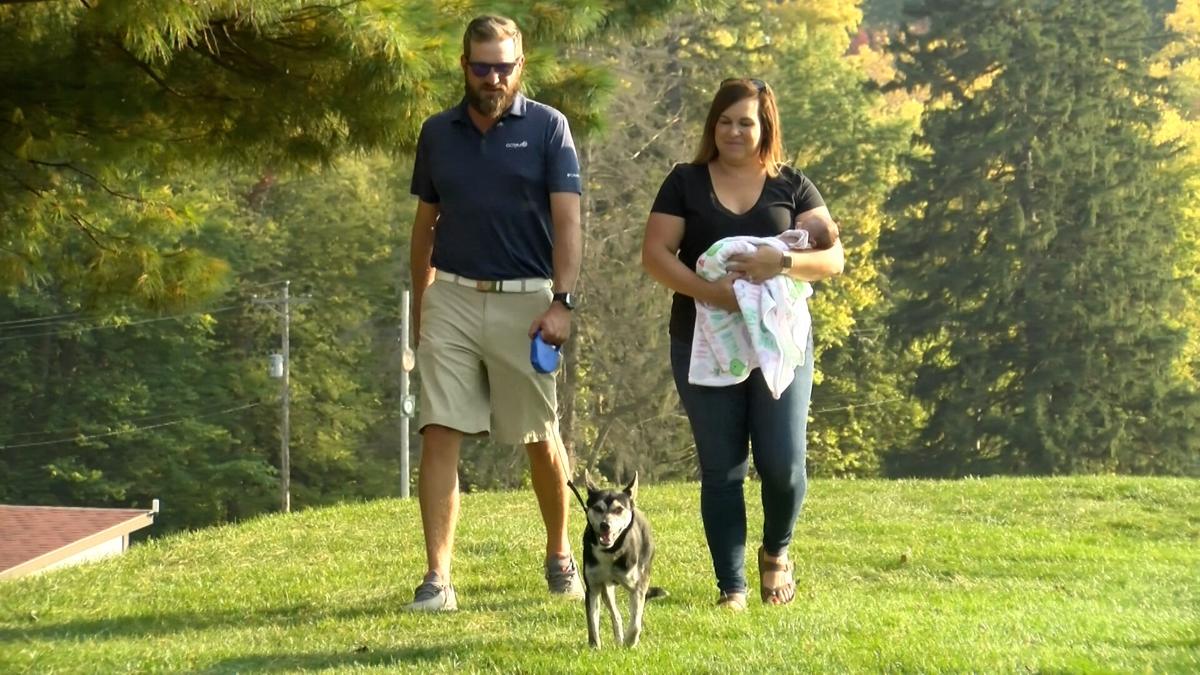 Cass, the Montgomery’s family dog, woke his owner Carter Montgomery to his pregnant wife having a seizure, potentially saving both her and their baby. 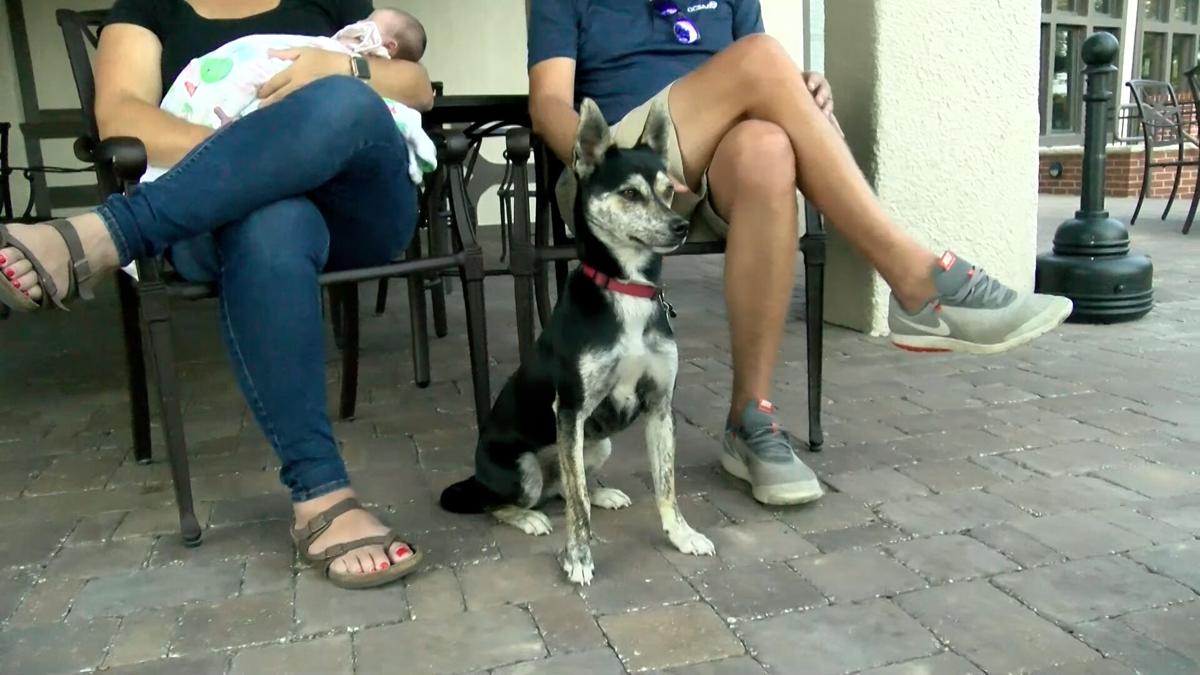 Cass the dog was recent addition to the Montgomery family when he alerted his owner to his pregnant wife having a seizure.

Cass, the Montgomery’s family dog, woke his owner Carter Montgomery to his pregnant wife having a seizure, potentially saving both her and their baby.

Cass the dog was recent addition to the Montgomery family when he alerted his owner to his pregnant wife having a seizure.

A family dog has been dubbed a hero after alerting his owner to a pregnant woman having a seizure in the middle of the night.

Cass was taken in by the Montgomery family of Falls City, Nebraska, after his original owner was unable to keep him due to a no-pets policy. The family now sees this as divine intervention.

“I thought the dog jumped into bed with a toy and I was about to get really upset,” Carter Montgomery said. “He was bouncing in between us.”

Normally Cass lays at the end of the bed in order to not get kicked out, but when he continued to jump in the early morning hours of Sept. 28, Carter Montgomery got up and noticed his wife had become completely purple in color.

Jessie Montgomery was having a seizure, a result of eclampsia, which is a rare condition where high blood pressure results in seizures during or right after pregnancy, according to Harvard Health Publishing.

“I had my 38-week appointment on the Monday prior and everything was kind of going along as planned,” Jessie Montgomery said. “I had some basic swelling, I think my doctor said that everything was pretty normal for pregnancy swelling. She said I kind of had the pregnancy face, my face was kind of swollen but nothing that was really out of the ordinary.”

Jessie Montgomery also said her doctor always checked her blood pressure as well as any protein in her urine at every appointment, which can indicate preeclampsia or eclampsia symptoms. Everything had checked out each time.

“I’ve never felt so helpless without knowing what to do,” Carter Montgomery said. “I rolled her on her side and blood started kind of coming out of her mouth, and I really started to panic. I thought a lot of stuff was kind of maybe coming to an end pretty quick.”

After a call to 911, Jessie Montgomery was able to quickly get to the hospital.

“From the time that I went to bed around 12:15 to the time Carter called 911, about three hours had passed,” Jessie Montgomery said. “In that time, my legs had swollen — basically from my quads all the way to my ankles were all pretty much the same size.”

As a result of the seizure, an emergency C-section had to be performed. Baby Arie Montgomery was born at 6:52 a.m.

Jessie Montgomery said everything was normal when she went to bed and she had no idea how much that would change.

“We went to bed the night before thinking that we had a couple of weeks or a week or so and woke up the next morning with a newborn,” she said.

The Montgomerys are not sure what the outcome could have been without their dog.

“Cass is never too far from me or Arie at this point,” Jessie Montgomery said.

East Hills, our 'city in miniature’

Postcards from the past: Missouri Valley Trust

Keep active during a pandemic winter