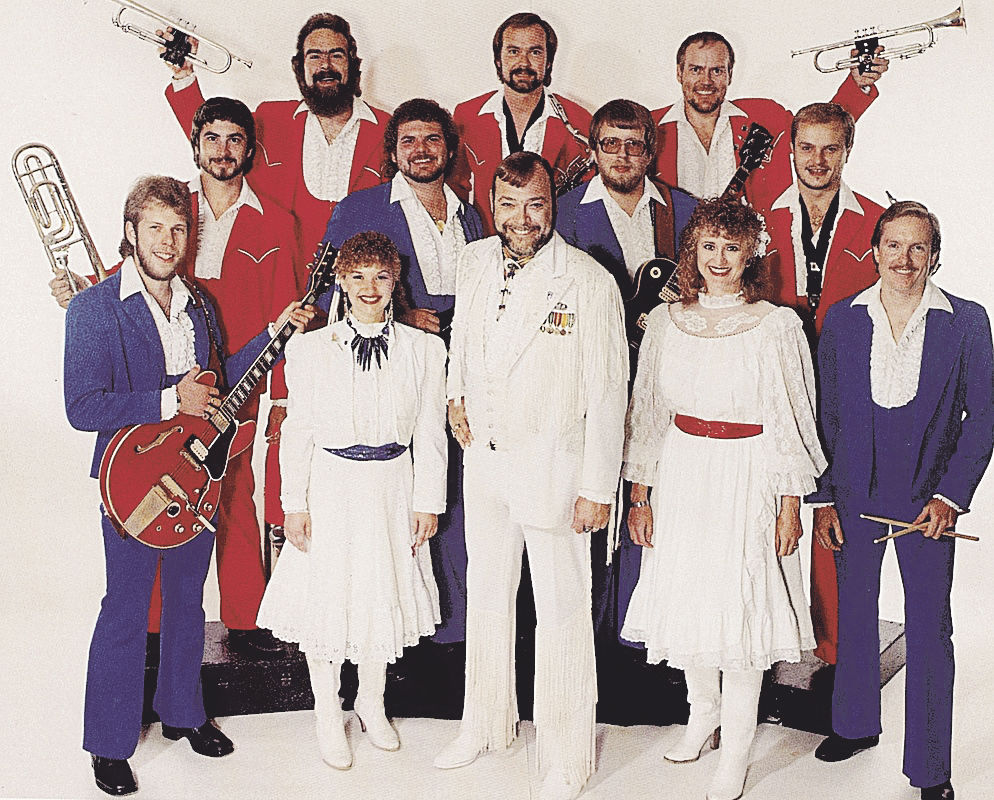 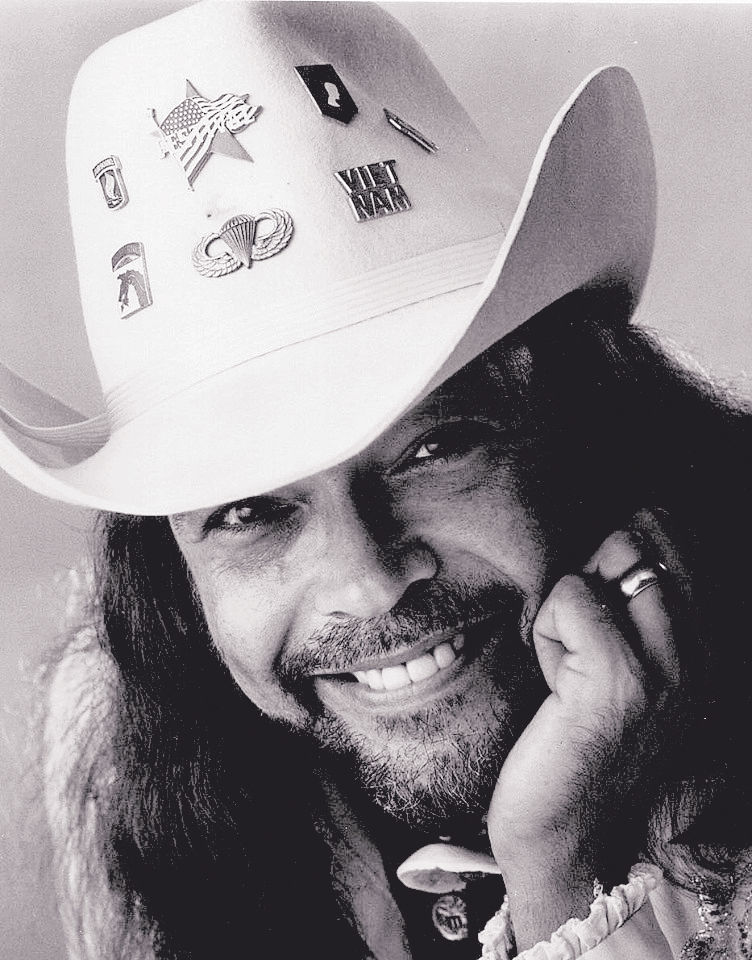 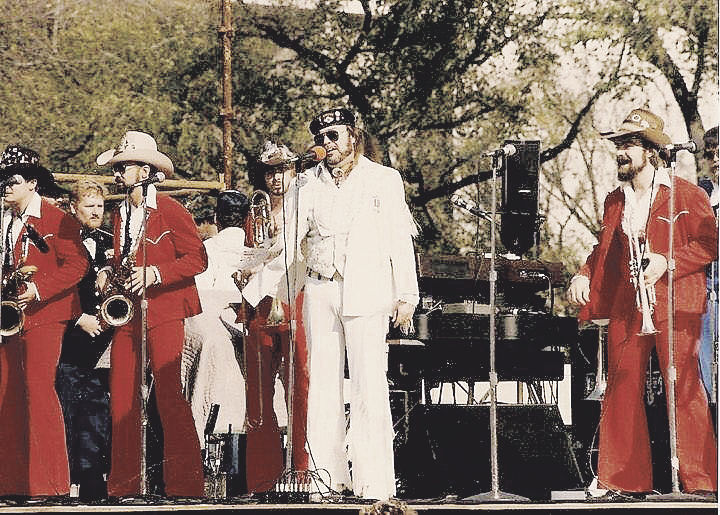 A Skidmore, Missouri, musician dedicated his life to helping war veterans through music and saw his efforts honored in multiple ways.

A paratrooper with the 173rd Airborne Brigade during The Vietnam War, Britt Small came home and became “The Musical Voice of America’s Veterans” through his band, Britt Small & Festival, and his traveling music therapy programs for veterans.

Small sang for those bearing the scars of war and acted as a voice for those either killed or missing in action.

“What we need are millions of Americans to live for their country and not let them die in vain ... As a Vietnam vet, I have to believe we’ll bring them all home,’’ Small said in a previous interview with the St. Joseph News-Press.

Small passed away in his home in Skidmore, after having a heart attack on June 21. But his family and many fans are making sure his legacy is not forgotten.

“He was able to help a lot of people and be able to catch certain emotions in each person in the audience, which is something they needed to exercise, whether it was loss, sorrow or happiness,” Marty Small, Britt’s son and a fellow veteran, said.

Born in Shelbyville, Indiana, and moving around to states like New York and Florida, Small’s life changed after he went to war and returned to a place of trauma and uncertainty.

“He came back and his dad had moved from Florida to be a math teacher and one of the vice presidents of (Northwest Missouri State University). So he came back to an area that he didn’t know, to a school he didn’t know,” Marty Small said.

Small graduated from Northwest with a bachelor’s degree in music education, which he used to help other soldiers deal with the same issues he was experiencing. He would return to the college in the 1990s to obtain a degree in mass communication.

In 1973, he formed Britt Small & Festival, a 12-piece patriotic band that toured the United States and Canada singing songs praising America and memorializing soldiers who fought at war. While they toured across the U.S., the band’s members had a defining moment in 1982, when a visit to the Vietnam Veterans Memorial Wall in Washington, D.C., reportedly turned from a rowdy protest into the crowd coming together in song.

“The real turning point in his life was at the dedication at the Wall,” Small said.

Compelled to honor his fallen brothers and sisters in arms, Small helped lead the group in singing “America the Beautiful” and “Amazing Grace.” The event was captured in the group’s music video for its song, “The Wall.”

In 1984, the band returned to perform at the dedication of the Three Fighting Men Statue, which would later be re-created in the Oscar-winning Tom Hanks drama, “Forrest Gump,” where Gump speaks at the Capital Building.

“The guy in the red, white and blue shirt in the movie is actually depicting my dad. And it’s funny, when I watched the movie, I was like ‘Wow, that’s really familiar.’ You know, right down to when they unplug the power,” Marty Small said.

Beyond stories of war, Small had many tales from touring as a musician, sharing the stage with artists like The Beach Boys and Frankie Valli. While he traveled, he was known for helping replace tattered American flags as a way to honor his fellow American soldiers.

Having inducted Small into the Missouri Music Hall of Fame, Bob Shultz said it was those small, unspoken details that stood out to him.

“He didn’t talk about it. He didn’t boast about it or do any Facebook posts. He just heard through word of mouth (about a tattered flag) and he’s like ‘Hey, I’ve got to (replace it),’” he said.

Whether it was leading giant crowds in song or a group of three or four veterans at a VFW, Small showed friends and family how to be leader through music and in his actions in life.

“His greatest attribute was the leadership, was his ability ... to find what every person was best at and to use that to the best advantage of everyone and offset other people’s weakness with other’s strengths,” Marty Small said.

His family has the many accolades to show for the effect Small had on others.

“Dad’s got congressional proclamations from the United States government and from many state governments. (He’s) got more keys to the city than I want to try to remember,” Marty said.

Since Small’s death, his family has been touched by the many tributes they’ve read and received.

“The outpouring of emotion and the wonderful messages are great. It’s nice to know people still care, because dad’s been off the road for a long time,” Marty Small said.

The family of Britt Small is looking to organize a festival concert to pay tribute to him. Marty Small said it’s the best way to honor his father’s legacy because it’s what he loved doing.

“He’s going to live on through his music and that’s the important thing. We’re going to keep making those CDs and memorabilia available for the fans and people that still want it,” he said.

The Small family also is looking to defer costs for a celebration of life event through a GoFundMe fundraiser at www.gofundme.com/f/britt-small-memorial-fund.

Future announcements about tribute concerts for Small will be available at www.facebook.com/BrittSmallAndFestival.