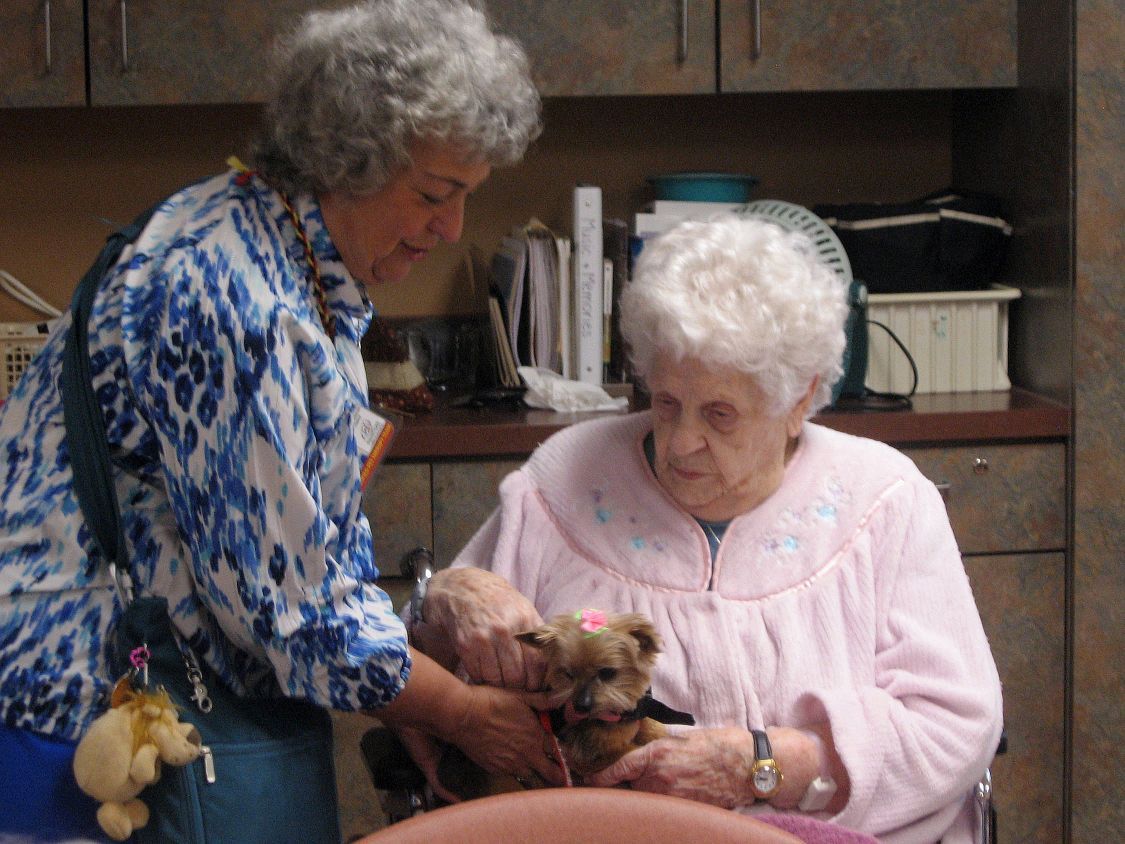 Volunteer Nancy Edwards introduces her dog Gypsy to a resident at Living Community. 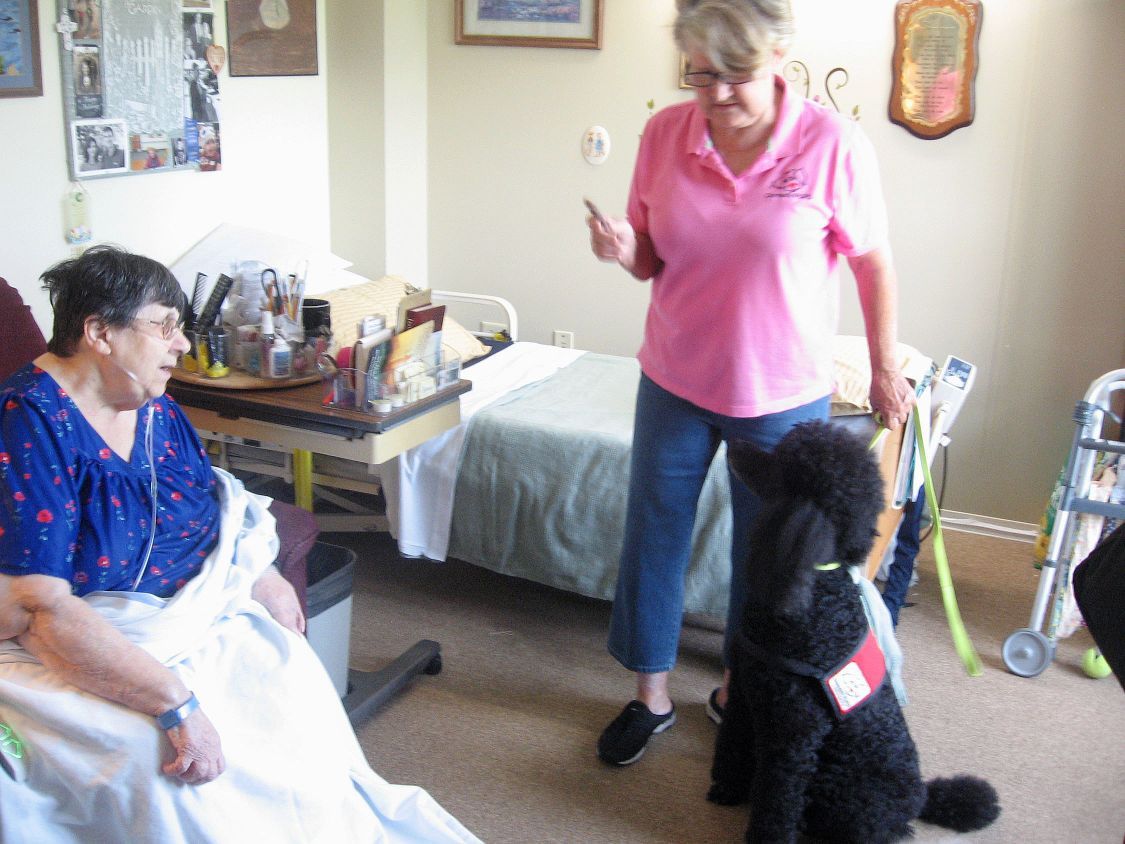 Rosan Bowers and her poodle Smudge greet a resident at Living Community, who rewards her visitor with a handful of dog treats. Ms. Bowers says the dogs are working while participating in Petting-PUPS and they take their jobs seriously, so they have to wait until they’re home to eat their treats.

Volunteer Nancy Edwards introduces her dog Gypsy to a resident at Living Community.

Rosan Bowers and her poodle Smudge greet a resident at Living Community, who rewards her visitor with a handful of dog treats. Ms. Bowers says the dogs are working while participating in Petting-PUPS and they take their jobs seriously, so they have to wait until they’re home to eat their treats.

It’s been said that dogs are man’s best friend. If this is the case, no one knows this better than the people who are in need of a friend the most.

Dogs are known for being good-natured, goofy, protective and loyal. That’s why so many people include their dogs as part of their family. It isn’t just the owner who can benefit from a dog’s company, though. The Domesti-PUPS program in St. Joseph introduces trained therapy dogs to isolated senior adults, stressed-out students and children working on their reading skills. These interactions provide valuable physical and social benefits for the group of people the dogs work with.

Bill Luce, the local Domesti-PUPS coordinator, says the program started in Lincoln, Neb., in 2000. There are now branches in Omaha and St. Joseph. The local program largely focuses on providing petting therapy to individuals in nursing homes and hospices. Teams of dogs and their owners will gather at different sites each week to brighten the residents’ days. They knock on doors and go to group therapy sessions to introduce residents to the dogs. The dogs politely accept pats on the head and scratches behind the ears, and give the occasional lick in return.

“Sometimes it’s the only visit they’ll have all week,” volunteer Rosan Bowers says.

Mr. Luce says interacting with dogs can help boost your mood, lower your blood pressure and reduce stress. It also has benefits that can’t be measured in numbers. At a recent visit to Living Community of St. Joseph, a poodle named Smudge and a bearded collie named Tater visited a resident who the nurses described as having difficulty communicating. When she saw the dogs, her eyes lit up and she began vocalizing, saying, “Aww,” “Hello,” and “Bye bye!” to the furry visitors.

“It’s times like that where it’s like, now you know why you do this,” says Sharon Luce, local coordinator and Mr. Luce’s wife.

They’re also good listeners. Besides Petting-PUPS, many volunteers also participate in Reading-PUPS. Dogs and owners gather at the East Hills branch of the St. Joseph Public Library on the first Saturday of every month to let kids practice their reading skills. Mr. Luce says it’s a fun, nonjudgmental environment where kids won’t be criticized or corrected if they struggle over a word. Ms. Bowers helps lead a similar program in several of the public schools.

“At Northwest Missouri State, we really work with them a lot for stress relief for finals, or as they’re coming in for new students because they just left dogs at home,” Mr. Luce adds.

Domesti-PUPS currently is looking to fill a few open spots. If you are interested in volunteering with the organization and think your dog would be the right fit, a new 10-week training session is about to start. The first informational meeting (without dogs) will be at 9 a.m. Aug. 1 at Abundant Life Center, 5130 Faraon St. This will introduce owners to the responsibilities involved with the program and the requirements dogs must meet to qualify. The fee for the classes is $175.

Mr. Luce says dogs of any size, age or breed are welcome. They just require a firm grasp of basic behaviors and commands, they can’t show any aggression toward humans or other animals and they must pass the Community Canine Good Citizen Test upon the class’s completion, which is set up through the American Kennel Club. To learn more about the class, contact Mr. and Mrs. Luce at 232-5162 or info@domesti-pups.com.