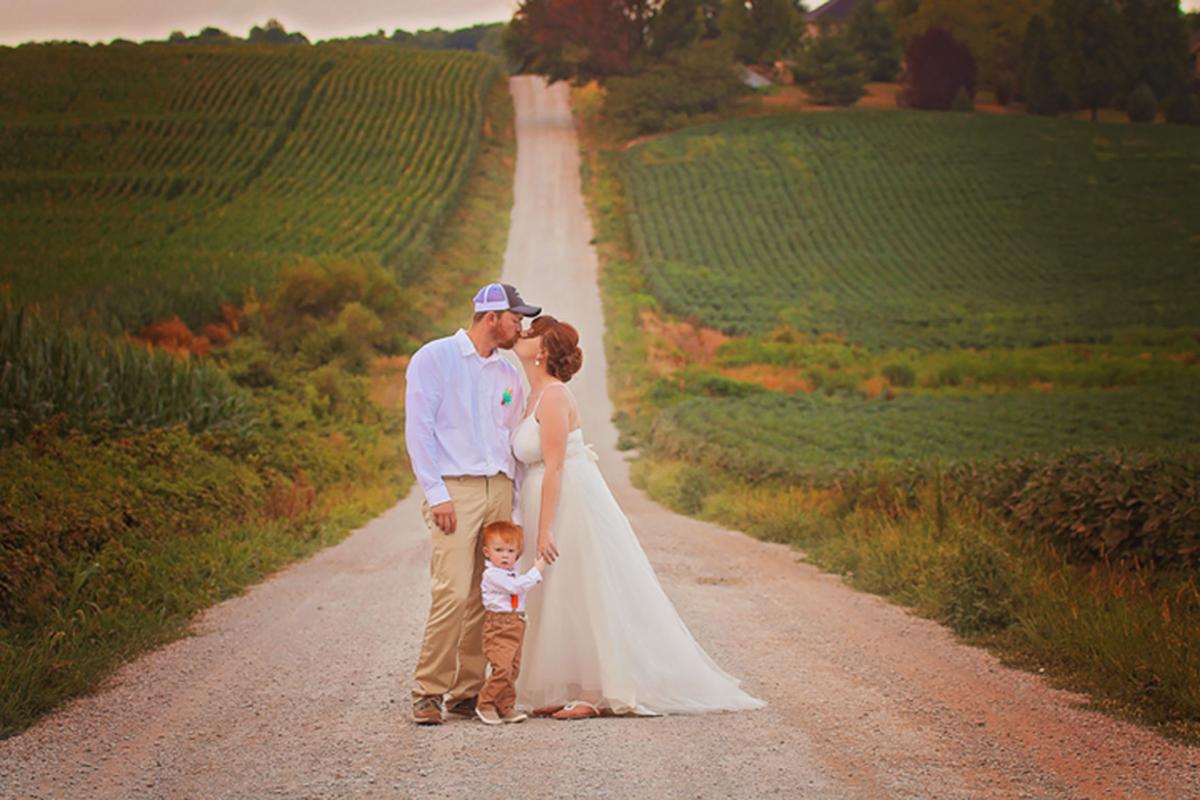 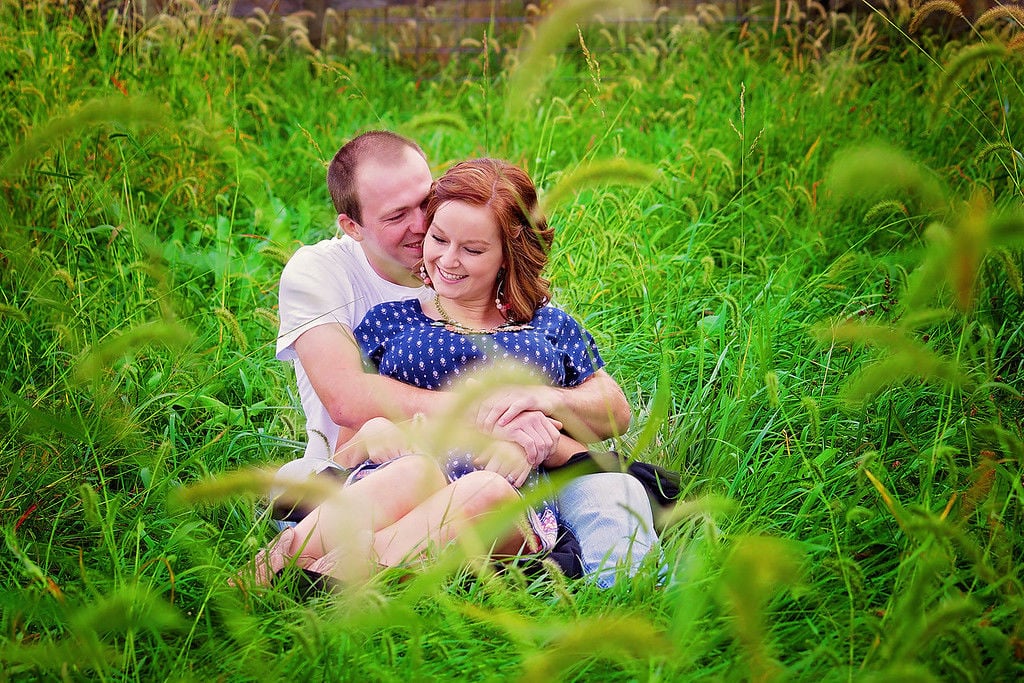 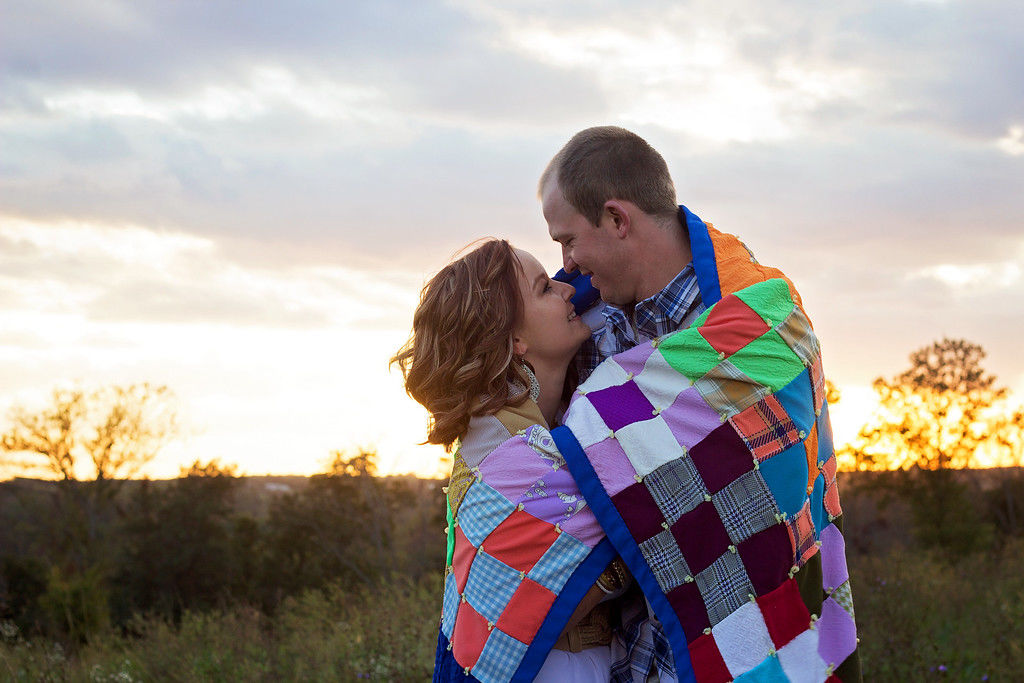 The couple got engaged on March 31, 2014. Shelby (Smith) Tannehill says they were out working cows at his father’s farm. The wind was so cold that day that when they finally got back in the truck, covered in cow poop, to warm up he wanted to get back out.

“I said “no, take me to get food now,” she says. “He said ‘fine’ and pulled the ring out in the truck. We laugh so hard now that I ruined his knee speech he practiced.”

By the couple didn’t marry right away. Tannehill says they had originally planned a May 2015 wedding but canceled to wait for some maturity on both sides.

“We stayed together and found out about our son and life just took off,” she says.

Creighton Tannehill was born in December 2016.

“We decided it was time to make a new date and chose July 2, 2018,” Tannehill says. “We figured everything else was done out of the ‘normal’ so why not take off to Glacier National Park in Montana. We had a very small group of family/friends that joined us. We wrote personal vows to each other and the day was exactly what we both wanted. We didn't please everyone in the decision but we pleased ourselves with it and that's what matters.”

Cody Tannehill, a welder at Altec in St. Joseph, and Shelby Tannehill, a branch office administrator for Edward Jones, planned a reception upon their return at the Iva Mae Event Venue in Country Club Village, Missouri.

“We put all the gear back on and headed out the gravel roads behind the reception hall for the photos,” Tannehill says. “We love the outdoors so having them in the photos was top priority for us.”