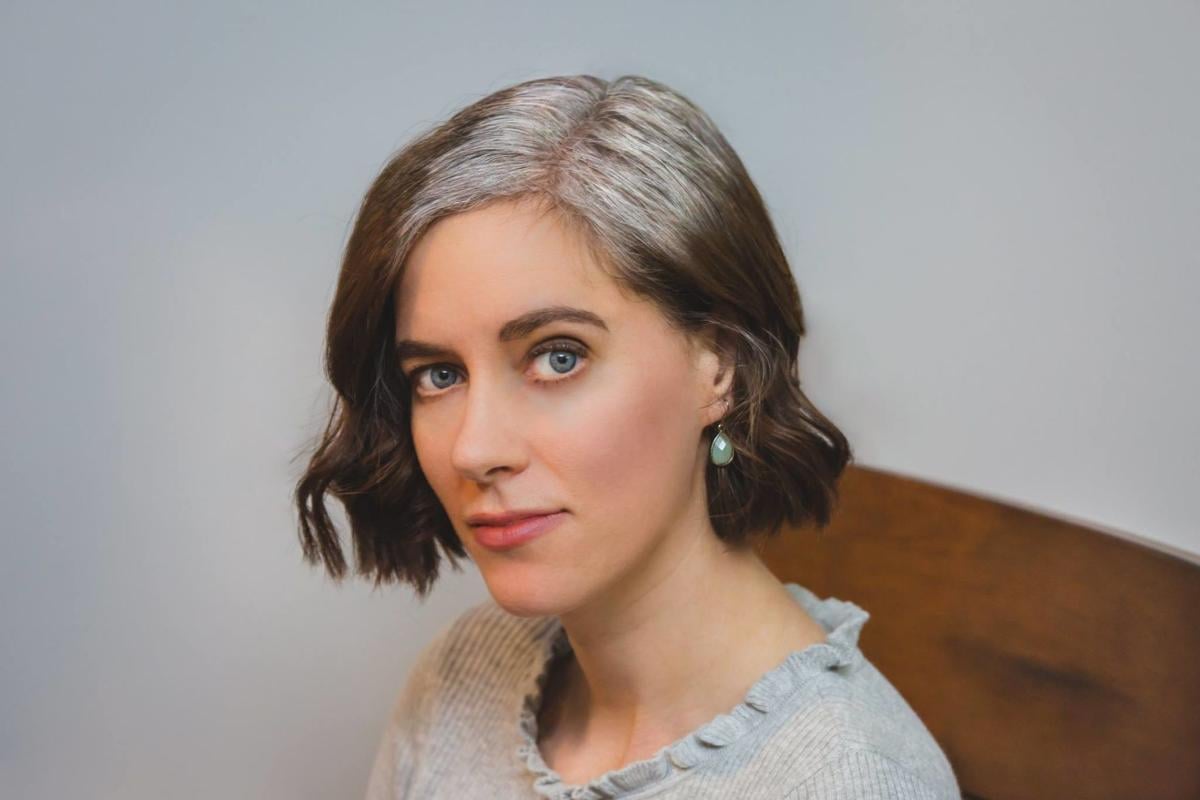 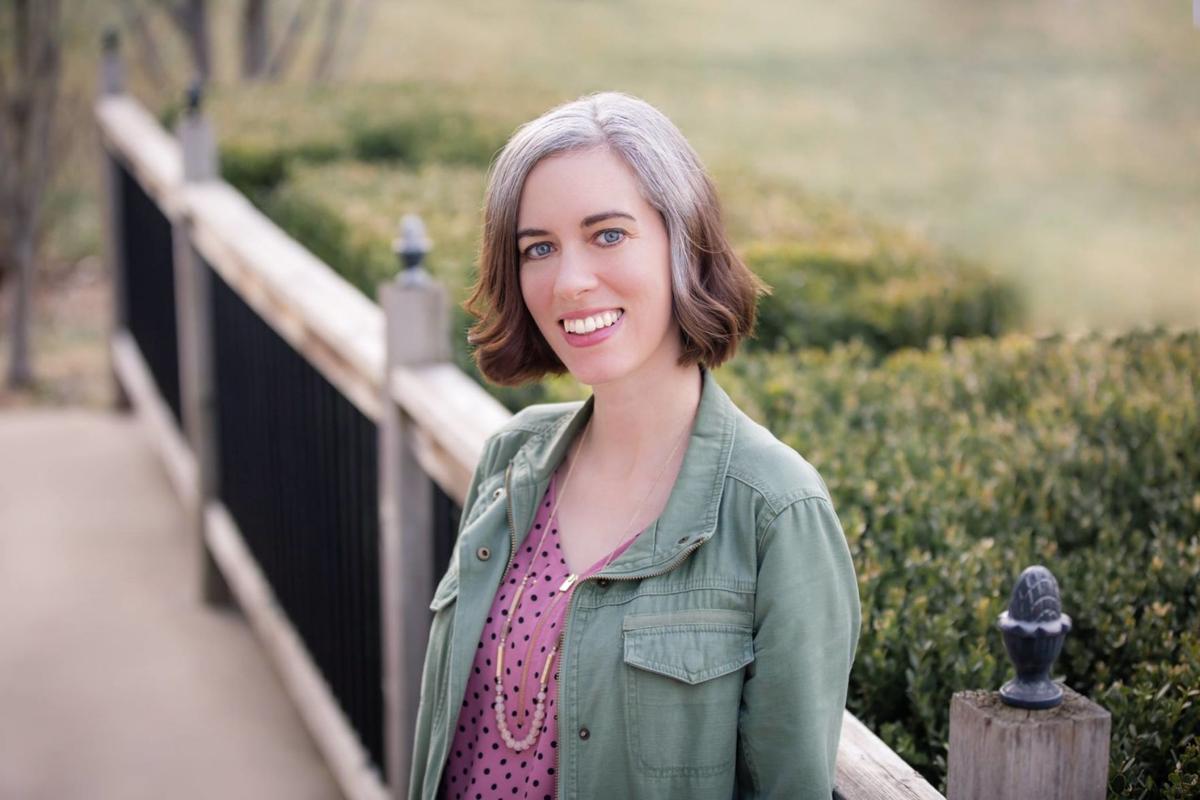 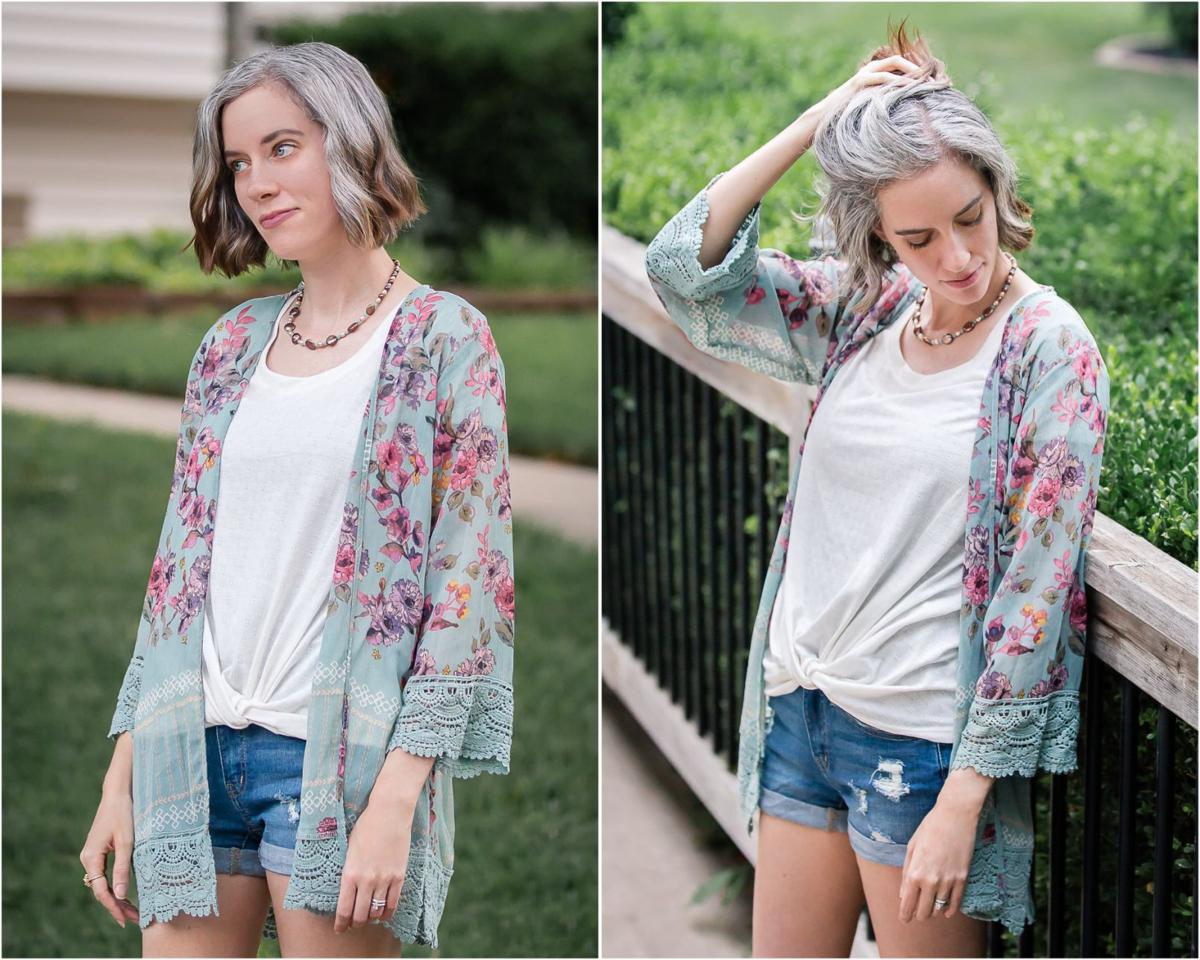 I was having my hair done for a winter formal the first time anyone noticed a silver strand. The stylist announced its presence and plucked it out, and I assumed it was some sort of fluke — because who starts going gray at 15?

Although my mom had colored her hair for my entire life, it just hadn’t occurred to me that my genes would dictate a start to graying before I was old enough to have a driver’s license. The bright silver hairs didn’t show up with much frequency for a few more years, but by 19, I was plucking them routinely. Then, when I graduated from college at 22, I decided they’d become too numerous to pluck and colored my hair for the first time — resigning myself to the idea of however many decades of hair dying I had in front of me.

I never considered that there could be an alternative, despite my husband insisting he liked the natural color that perpetually popped up like glitter at my roots only a couple of weeks after a coloring. Even with his encouragement not to, hiding my real hair was instinctive. And although I didn’t contemplate it very deeply at the time, I look back now and see a shame that seems ridiculous to have harbored over something as innocuous as hair color.

Of course, it’s no secret where that shame came from, in a world where root touch-up kits are marketed as a saving grace for “unsightly grays.” Never did I think it would be OK to literally let my true colors show, especially as young as my 20s and 30s. And never did I consider not plying my head with dye every few weeks — until one day seemingly out of nowhere, I decided maybe I was done with it after all.

That was during the summer of 2018. I was 34 and hadn’t really seen my natural hair in a dozen years. I think curiosity was some of what sparked my decision to stop coloring, as I wondered who I’d become after all that time under all that dye. I also knew I’d very likely have the same nice shade of silver as my mom, and I suddenly found it much more appealing to embrace that than to continue living by external standards that were such a pain to maintain.

I’ve now gone without dye for a year and a half, and having had this long to contemplate the transition, there’s a lot I could say. But what I’d like to share here are a few points I hope will help anyone else who’s considering ditching the dye.

On the surface, it may not seem like a change to your hair should be any big deal — and certainly not one significant enough to warrant a support system. A lot of implications about age and identity can come with the transition to gray, though, so it can be very helpful to have somewhere to turn for encouragement. And even if you don’t receive a positive response from people you know personally, you can always rely on the internet for an abundance of inspiration. I didn’t realize until after I’d decided to grow out my natural color that I was far from alone, as a quick search of Instagram shows.

Numerous accounts feature women of all ages transitioning to their true gray, silver or white hair. Although I’ve been fortunate to have a lot of support from family and friends, what’s encouraged and inspired me more than anything else has been witnessing so many women looking vibrant and beautiful — and often even better than in their “before” photos.

I’ll be honest: The transition may not be pretty at first. I’ve sometimes likened it to the awkward in-betweenness of adolescence, albeit with only the hair involved this time. And unfortunately, a skunk stripe is often a rite of passage on the way to becoming a silver fox.

I managed those early months — especially the first six, when it wasn’t entirely clear whether I was purposefully growing out my roots or had just gotten lazy with my color upkeep — by frequently wearing a headband or hat. Using a temporary root spray or powder is another option, as is dying only one section of hair and parting it so that section shows, while the natural growth is hidden underneath.

It’s also hugely helpful to have a stylist who supports your decision and can ease the transition. For some women, this means having their dyed ends bleached so there’s less contrast between them and their new growth. Some even aim to match the color to that of their roots, which can be time-consuming and costly but does come with the benefit of transitioning in one fell swoop (plus the upkeep needed to prevent the dyed gray from turning brassy).

Other women give up all coloring cold turkey, and I’ve been in that camp. But a stylist can still help through regular haircuts (or just a super short cut to start out). I’ve kept my hair slightly longer than chin length throughout most of my grow-out, having the ends trimmed every three months. And after 18 months, the transition is all but complete — with just a tiny bit of dyed brown at the tips of my hair as a testament to where I started.

Although growing out gray can be difficult, it can also be exciting and full of discovery. And the more you find to enjoy about the process, the easier it is to wait it out.

For me, it’s been fun to see the silver come in and to find out how I look as it’s gotten long enough to frame my face — not to mention to revel in the novelty of wearing the hair color that I produce all on my own! I’ve been surprised, too, to see how much dark hair I still have in some of the underneath layers, which has been like rediscovering a little of the “old me” at the same time I’m welcoming the new one.

I’ve also found my natural color to be more dimensional, interesting and of course uniquely mine than dye ever was. And 20 years after discovering that first silver strand, I’m actually happy with all the ones I’ve acquired since and am glad I didn’t wait decades longer to give them a chance to shine.

For anyone else considering this transition, I say give it a shot. You might just meet a version of yourself you really like, which would be a pretty incredible way to begin a new decade.