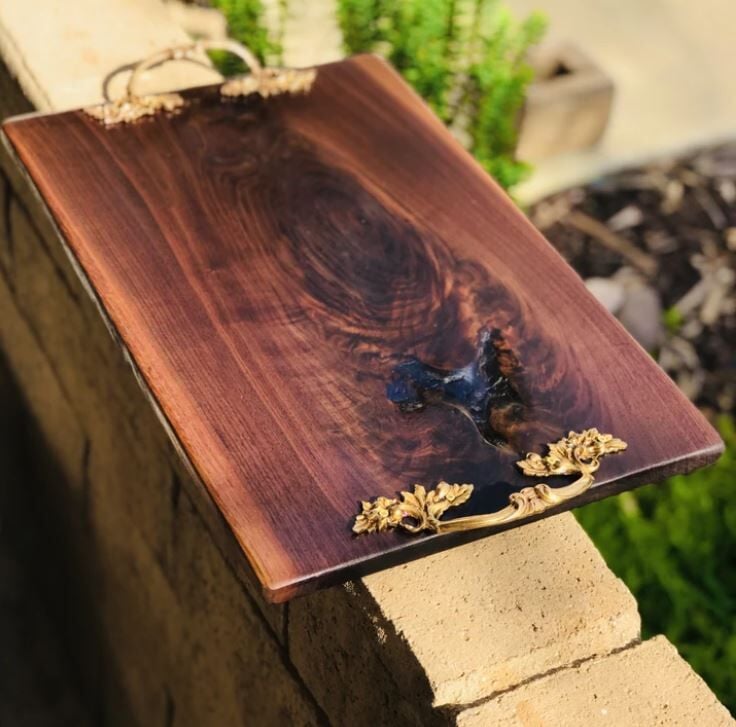 Amy Babcock is currently working on a rectangle-shaped charcuterie board. She is using this photo of a DIY project from Pinterest as her inspiration. 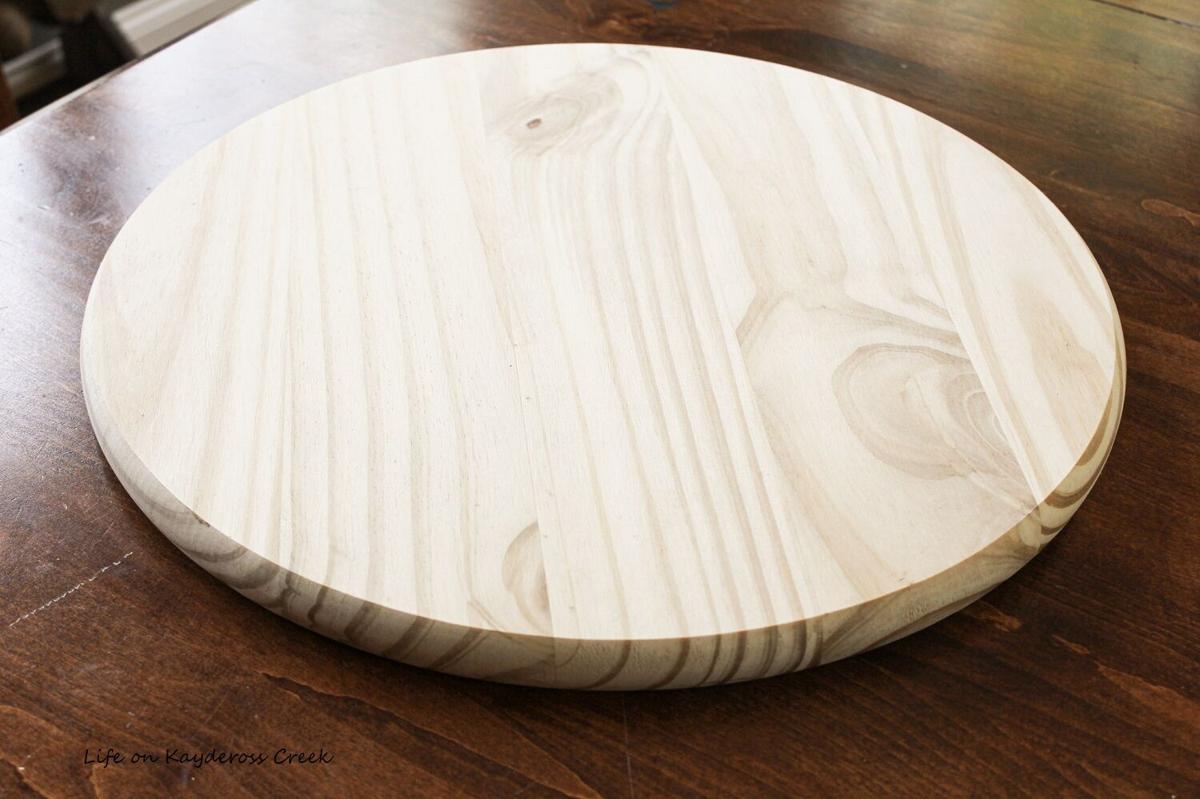 Precut wooden shapes are a great way to start a do-it-yourself charcuterie project, said Amy Babcock. The St. Joseph woman has made several boards using this simple piece of wood from a local home-improvement store.

Amy Babcock is currently working on a rectangle-shaped charcuterie board. She is using this photo of a DIY project from Pinterest as her inspiration.

Precut wooden shapes are a great way to start a do-it-yourself charcuterie project, said Amy Babcock. The St. Joseph woman has made several boards using this simple piece of wood from a local home-improvement store.

Charcuterie boards are all the rage right now. For the last few decades, they were simply called veggie or fruit trays, but add a piece of wood and a fancy design and voila, you have an elevated serving platter.

The word “charcuterie” originated in France and translates to “pork-butcher shop,” according to travel expert.com. While the original French translation refers to pork, modern charcuterie boards include other types of food like pate, cheese, crackers, fruit, nuts and dips. In French, the cook who prepares the meat is called a charcutier.

“I am obsessed with them,” Amy Babcock said. “I literally make them for every occasion.”

Whether it’s a family get-together, a girls’ night playing cards or hosting her daughters’ friends on study night, Babcock whips up an array of snacks.

“I learned early on that I needed different sizes based on the size of the group or how fancy the event was,” she said. “Charcuterie boards can be really expensive, so I started looking into making my own.”

At first, Babcock said she wasn’t confident using her husband’s power tools, particularly saws. So her first few boards were simpler and could be done with minimal effort.

Babcock found all sizes of round disks at her local home-improvement store, similar to those used to make a lazy Suzan. Here is how she prepped it for serving:

Rub beeswax and mineral oil all over the board.

Rub the product into the wood until it ceases to absorb.

Wipe down the board really well.

“I really loved the first boards, but they needed to be easier to carry,” Babcock said. “So I got creative. I still wasn’t comfortable with a saw yet.”

She found some secondhand drawer pulls at a garage sale and attached them to opposite ends of those large, round boards. It worked. She could now carry her boards from the kitchen to the table.

“I felt really confident after I did that, so I began thinking of ways to still keep it simple but look even better,” she said.

Babcock said she began checking wood sections at local craft stores. She discovered there is an abundance of shapes, sizes and looks.

“About a million ideas were going through my head,” she said. “Most of the pieces reminded me of what you’d make porch signs or door knockers out of, but why not a charcuterie board?”

Her future project will include an almost 3-foot-long board that resembles a table runner. It already has routed edges for a little added detail, and Babcock plans to add wrought-iron, scrolled knobs to each end for transporting.

“It’ll be my favorite board,” she said.

The process of changing your name